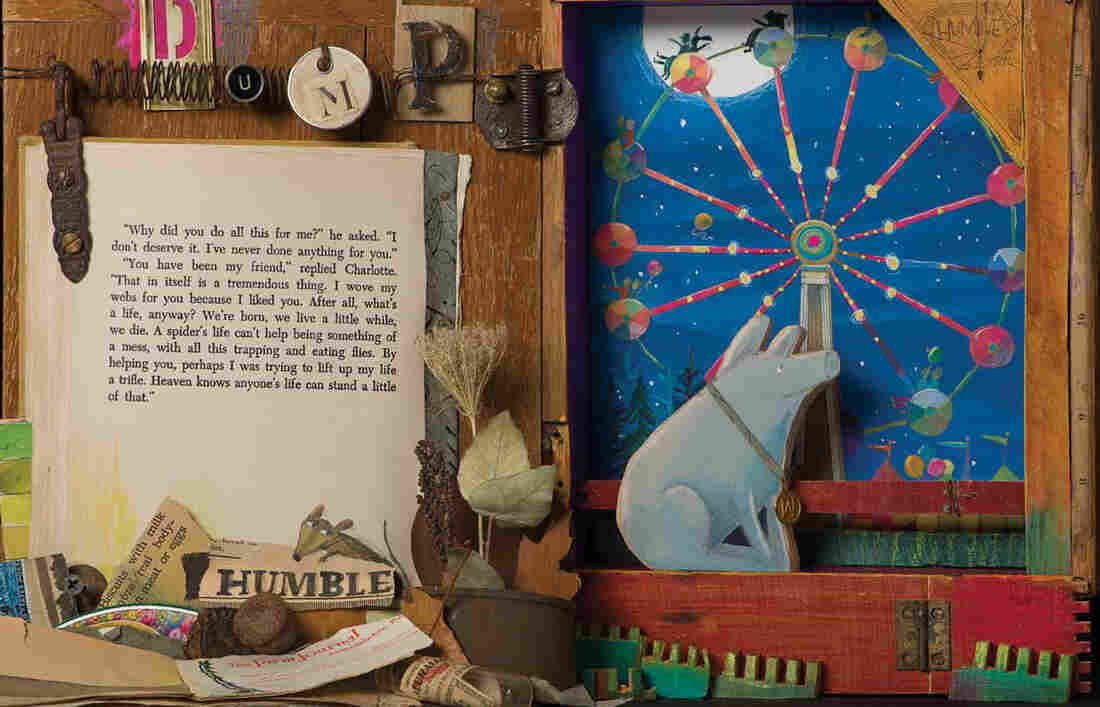 Sweet talks with NPR's Kelly McEvers about White's creative process — and her own. 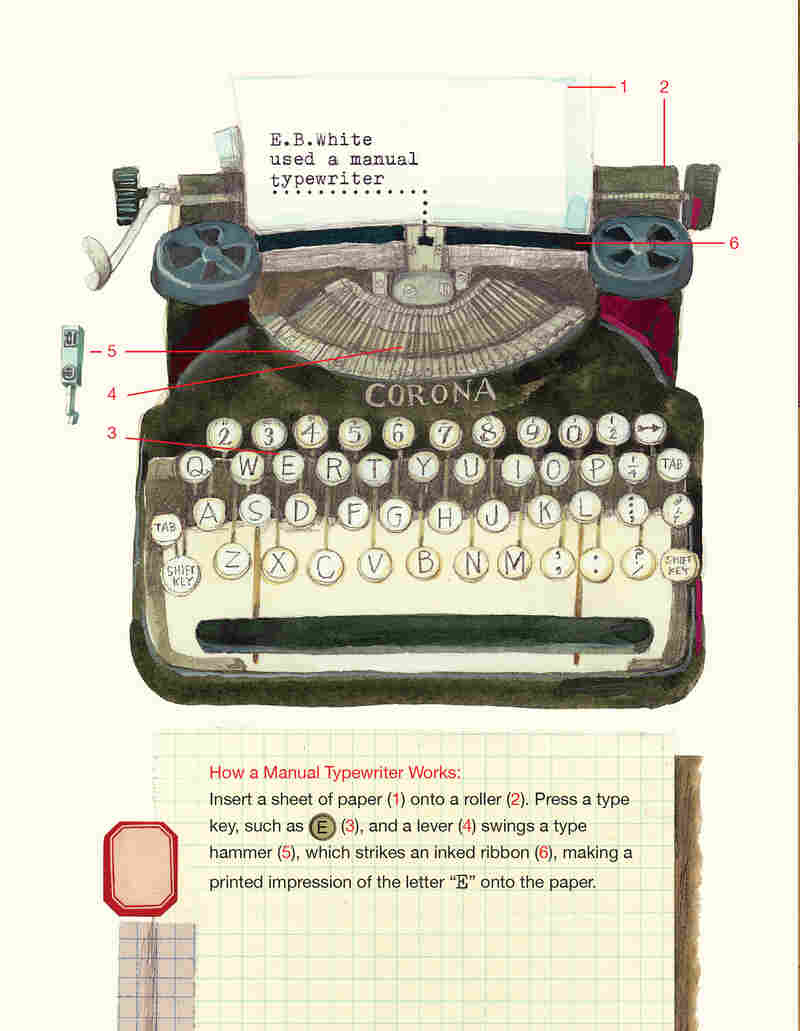 For kids who have never encountered a manual typewriter before, Sweet provides a handy guide at the beginning of the book. Click to enlarge. Melissa Sweet/Houghton Mifflin Harcourt hide caption 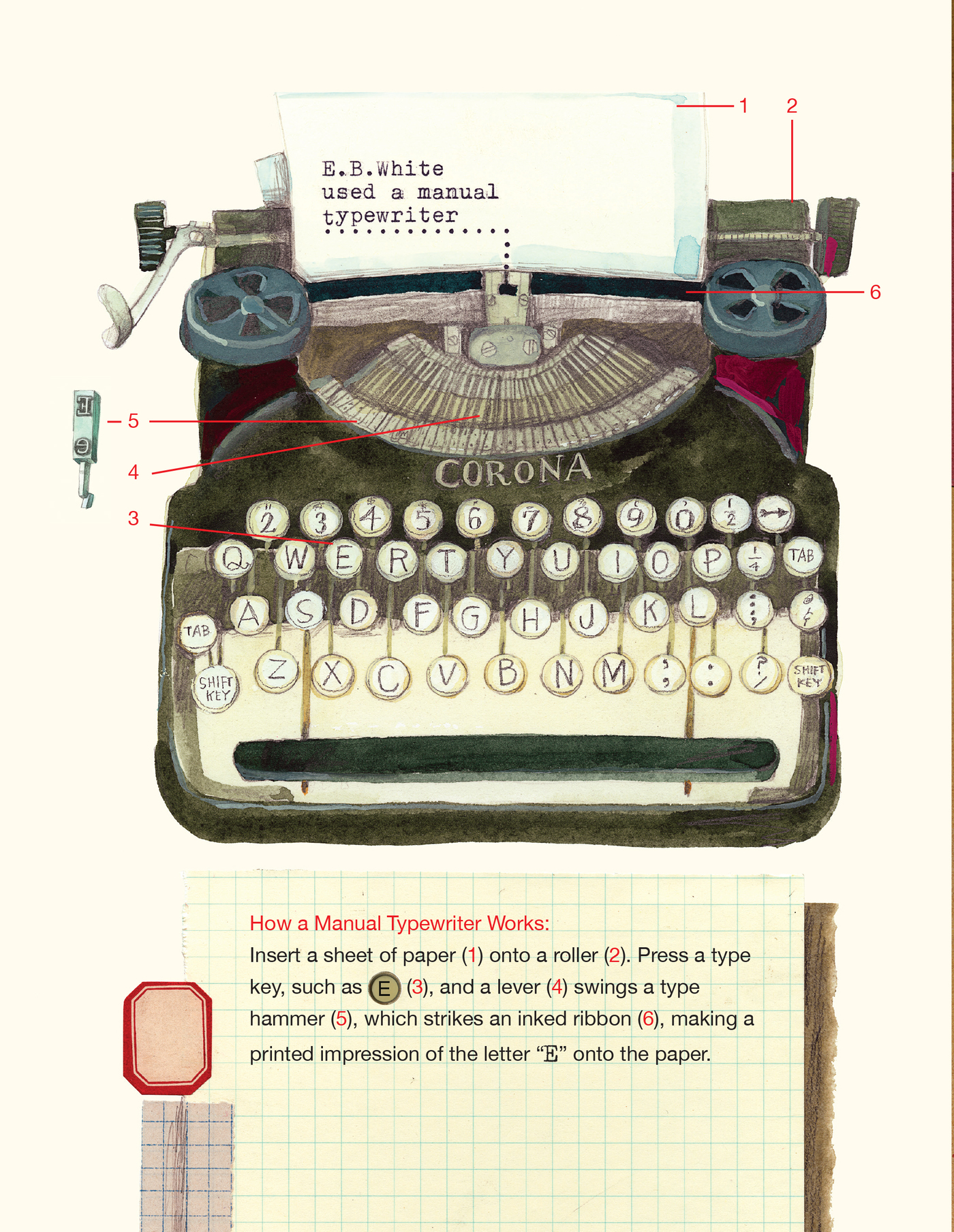 For kids who have never encountered a manual typewriter before, Sweet provides a handy guide at the beginning of the book. Click to enlarge.

On why the typewriter is the thematic design for the book

On what she learned about White's creative process

I was curious from the start about how he wrote his children's books. And each one surprised me; that Stuart Little came to him in a dream, one he had on a train. He woke up and wrote it all down. That was the beginning of Stuart Little. ... 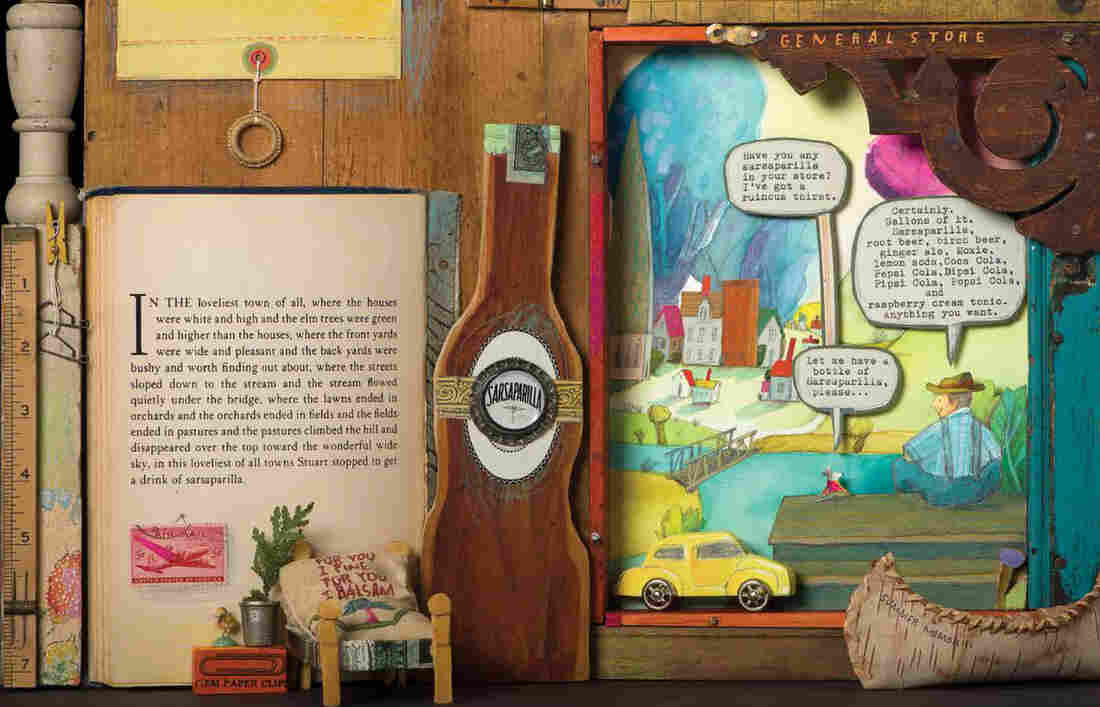 The beginning of Charlotte's Web was because he had a sick pig that died and E.B. White wanted redemption. He wanted to find a way to save the pig's life and not long after he saw a spider spin an egg sack. Those two divergent experiences became Charlotte's Web. 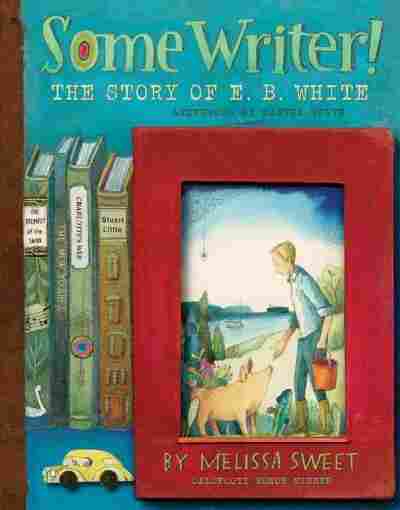 The Story of E.B. White

The trick was that there was so much information, so the fun is that we find ways to make it consistent throughout. So, all the archival pieces are on — for instance — a light green paper.

Hopefully the reader goes along and doesn't notice the design so much, but just that the book flows. The design of it makes it like a jigsaw puzzle and, to be honest, I think it's the most fun part.

Once you know what you want to say and you have all this material fitting it together, finding the right pieces is really fun. It's akin to making one collage. It's the same — you're pushing pieces around until you hit on, you don't want to touch it — you've nailed it. 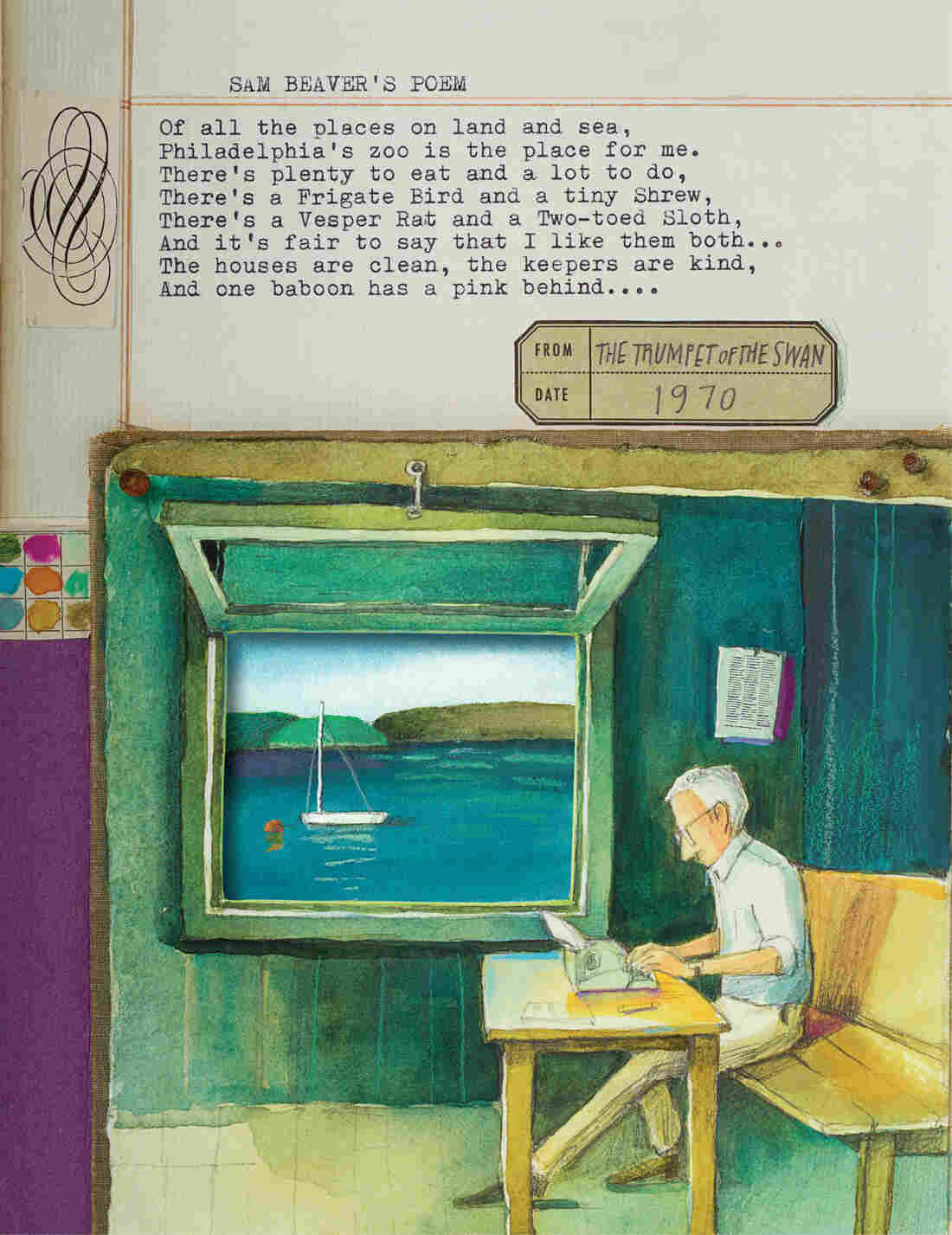 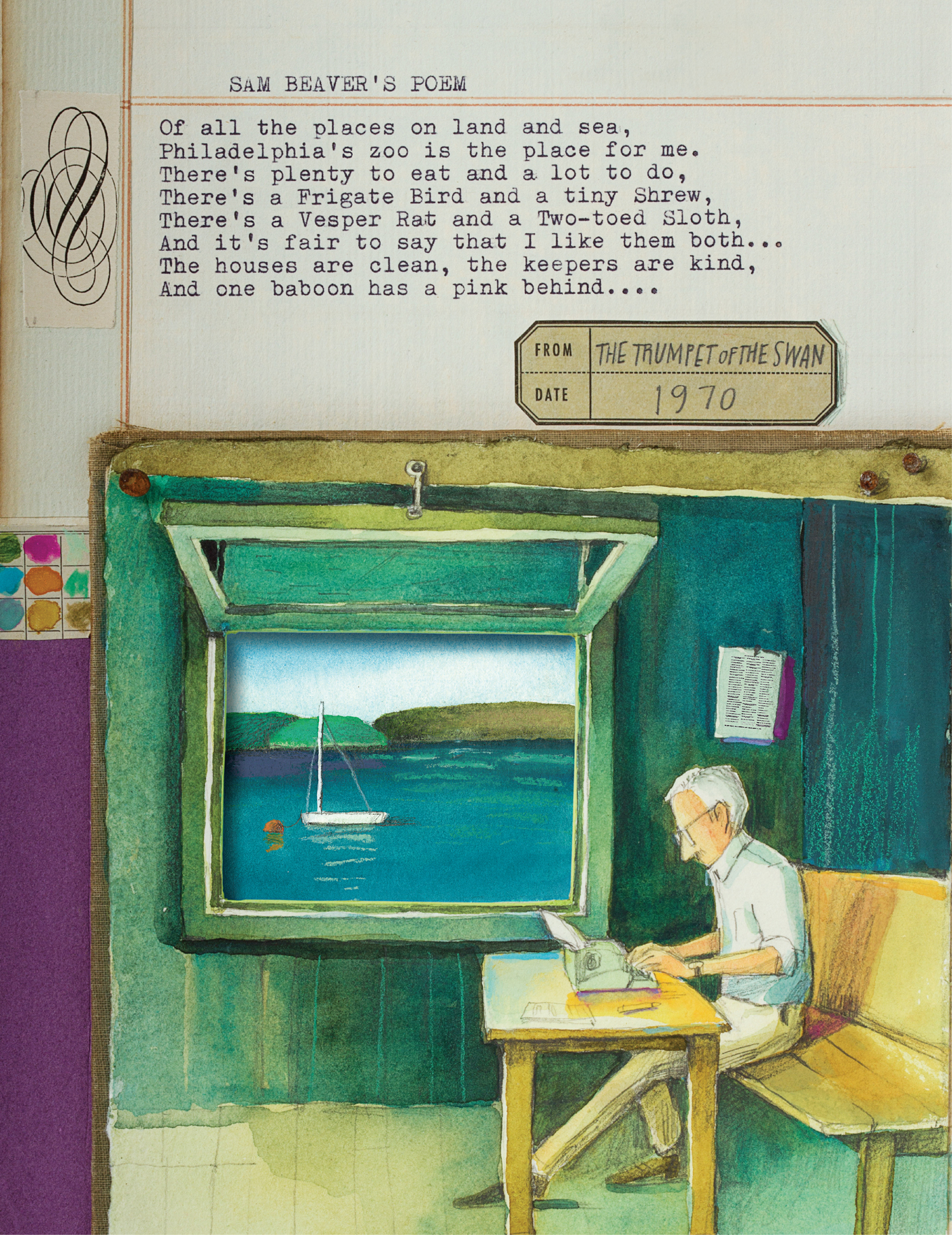