Accessibility links
Cuba Is A Dream That Doesn't Let Go In 'The Mortifications' Derek Palacio's new novel follows a family who escape Cuba, leaving their political rebel patriarch behind after he refuses to go with them. When he reappears decades later, their lives come apart.

Cuba Is A Dream That Doesn't Let Go In 'The Mortifications'

Cuba Is A Dream That Doesn't Let Go In 'The Mortifications' 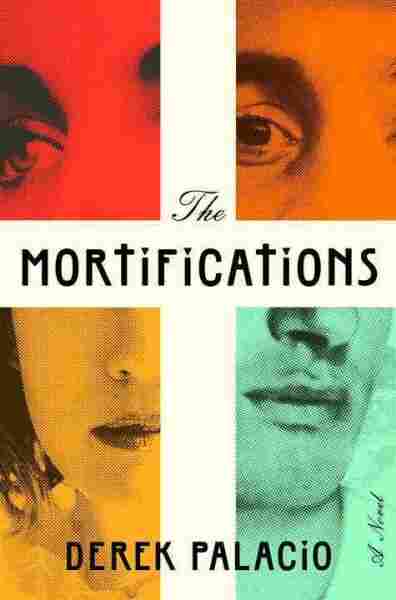 Derek Palacio's debut novel, The Mortifications, is very much the latter. It is hot sun and cool rain, morning fog and the hum of a fan in the window. It ranges and roams, this book. When it settles onto a moment, it does so with the weight of ten butterflies.

It is the story of the Encarnacións — mother Soledad and twins Ulises and Isabel — who left their native Cuba during the Mariel boat-lift in 1980, bypassed the growing Cuban exile communities in Miami and continued on traveling north until they hit Hartford, Conn., where they stopped, settled and built a life. For the first half of the book, their experiences are balanced by the almost ghostly memories of the family patriarch, political rebel Uxbal, who refused to leave Cuba with his wife and children. Who, as a matter of fought quite hard to keep them from leaving.

"[Uxbal] was so certain of his position that he'd tried holding his daughter ransom, locking Isabel inside the country house with him. Soledad was able to retrieve the girl only by holding Ulises hostage in return. Sewing shears in hand and pressed to her son's jugular, Soledad swore to Uxbal that unless Isabel walked out the front door, suitcase in hand, his bloodline would die."

And that's page one. A formative moment, absolutely. Dark, raw, cruel and practical, it sets down the relationship early, in stark terms, and then leaves it hanging like a cloud over the next hundred pages. Over every word, every action, every breath that Soledad, Ulises and Isabel take as they ease into their strange new world. Soledad becomes a court stenographer. She meets Henri Willems, a Dutch horticulturalist who grows tobacco in the hills — a history of cigars and death haunting him in ways that are both parallel to and opposite those memories of Uxbal that haunt the Encarnacións. Ulises excels in school, at Latin and in reading the classics. Isabel goes a different direction, into Catholic mysticism. Soledad grows distant (having asked so much of her children so young, she feels as though she cannot ask anything further of them).

It ranges and roams, this book. When it settles onto a moment, it does so with the weight of ten butterflies.

And all of this is touched on so lightly, Palacio's gaze settling here and there across a span of years and observing the quiet details that make up the roots of life's narrative.

They are beautiful observations, too. Sometimes gentle, often gotten at sideways, through the lenses of experiences so native to the characters that not a word rings false. Like this, Ulises considering his relationship with Willems: "His logic was that he could scrape together a father, his old father, from bits of the Dutchman; he could resuscitate memories and eventually recall something of Uxbal besides the portrait lurking about his brain." Or this point-blank accounting of Isabel's youth: "By the time the twins finished high school, Ulises's sister had witnessed ninety-eight deaths."

About midway through, The Mortifications turns a corner. With the arrival of a letter from Uxbal — concrete proof of his reality, and the fact that he is still alive — the Encarnación family shatters. And suddenly, this ghost of a man who has lurked around the edges of a story absolutely full of ghosts becomes real. Not just a memory, but a man. An old man, a rebel still, living in a shack in the jungle, full of a power that comes solely from his long absence.

And the sections of the story set in Cuba are Palacio's best, because Cuba — more than Hartford, more than Ulises's school or Isabel's convent — is a mythic place. The moments here (strung closer together than anything else in the book, a nearly day-to-day accounting) have a magic lingering in them only previously felt in Willems's tobacco fields.

But at the same time, there's a loss. Of that early weightlessness, primarily. Of that sense of Palacio hovering, somehow, a half-inch above all the action, the perfect disconnected observer. Cuba seems to give him ankle weights, pulling him down closer to the ground and the physical experiences of his characters even as the land itself grows more magical. Palacio's Cuba is almost unreal — every hill, every flower, every young soldier and aging rebel existing like a dream which, eventually, draws home the entire Encarnación family and refuses to ever let them go.