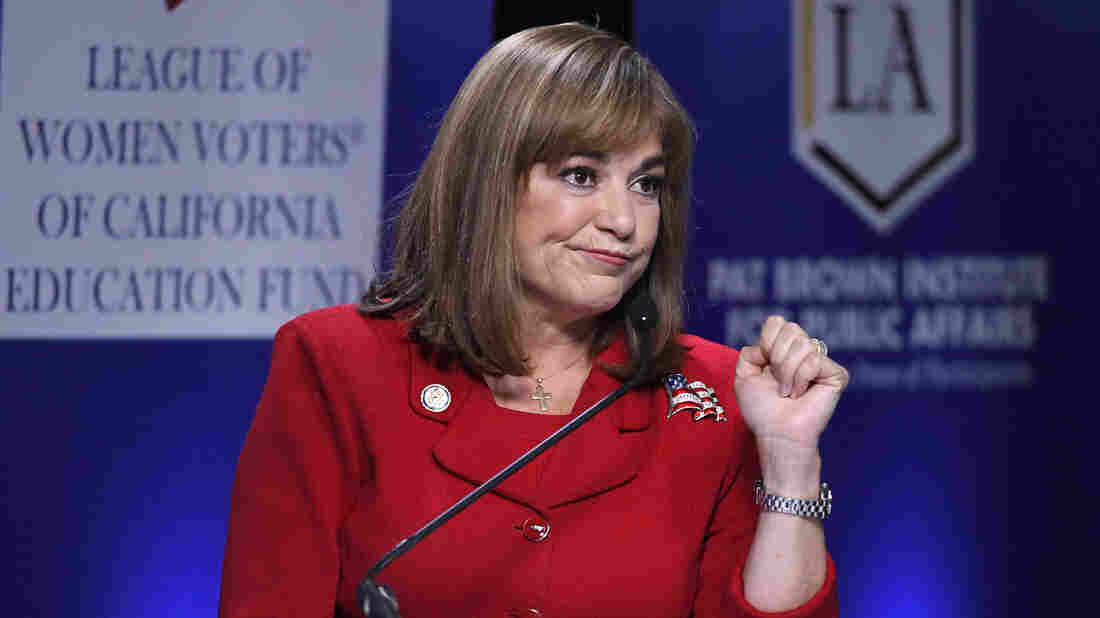 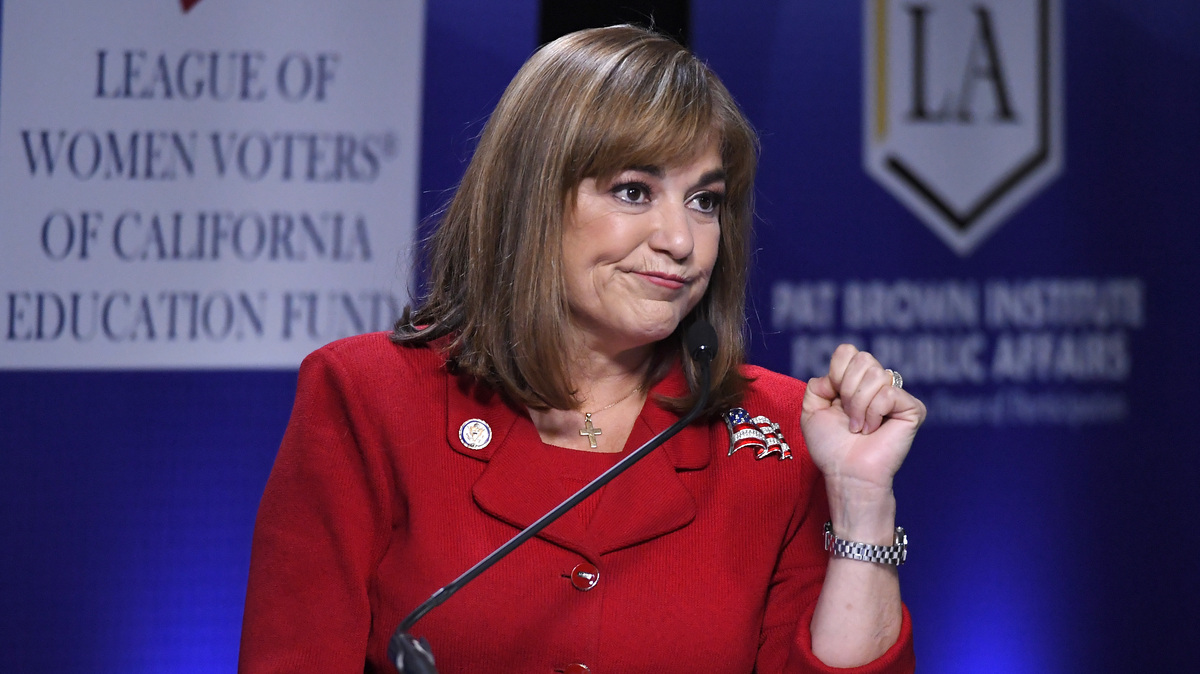 California has its first open U.S. Senate seat in 24 years. And on Wednesday night, the only debate for the race ended unexpectedly when candidate Loretta Sanchez capped off her closing remarks with what appeared to be a dab.

The two Democrats vying for the Senate spot, California Attorney General Kamala Harris and Sanchez, a representative for California's 46th congressional district, were held to time constraints by the debate's moderator. When it was time for Sanchez to wrap up, she kept talking over the moderator until she struck a final pose: stretching one arm out to the side and lowering her head into the crook of her elbow.

Did Loretta Sanchez #dab at end of Senate debate with Kamala Harris? What do you think? @NBCLA pic.twitter.com/YeAb0zYWsj

Californians watching at home only saw Harris reacting to the strange pose from her opponent. She raised her eyebrows and pressed her lips tightly together before saying, with a laugh, "So, there's a clear difference between the candidates in this race."

Why Don't We Hear More About The Christian Left?

Harris is the front-runner in the Senate race, with endorsements from President Obama, the state's Democratic party and California Gov. Jerry Brown.

But back to that so-called dab: Non-millennials, gather 'round. It's time for Dab 101. The pose Sanchez appeared to do is a dance move — called the dab — where the dancer, head lowered, has one arm outstretched and the other bent inward.

Carolina Panthers quarterback Cam Newton made the move famous last year after he starting dabbing as his touchdown celebration. See exhibit A:

The dance has its roots in Atlanta hip-hop culture, specifically with the group Migos and their 2015 song, "Look at My Dab." Despite some claims otherwise, it's not related to drug culture (dabs also refer to concentrated doses of cannabis).

After Newton adopted the move, the dab went full mainstream, where some say it promptly became uncool.

This isn't the first time the dab has made an appearance on the political stage. In January, Hillary Clinton learned the move on The Ellen DeGeneres Show.

If the dab wasn't officially dead then, it certainly died last night, when Sanchez shoveled the last bit of dirt onto its freshly dug grave. At the very least, it had California residents and beyond commenting on the overall strangeness of the 2016 election cycle and the choices made by some of this year's candidates.

This is how @LorettaSanchez ended the debate for U.S. Senate tonight. 2016 isn't real. pic.twitter.com/LBr7Gf10cy