Accessibility links
The White House Kitchen Garden Will Remain Even After The Obamas Leave Whether future occupants of the East Wing like Bill Clinton or Melania Trump decide to get their hands dirty in the garden, its future has been cemented on the White House South Lawn.

Michelle Obama's Kitchen Garden Will Keep Blooming, Even After She Leaves

Michelle Obama's Kitchen Garden Will Keep Blooming, Even After She Leaves 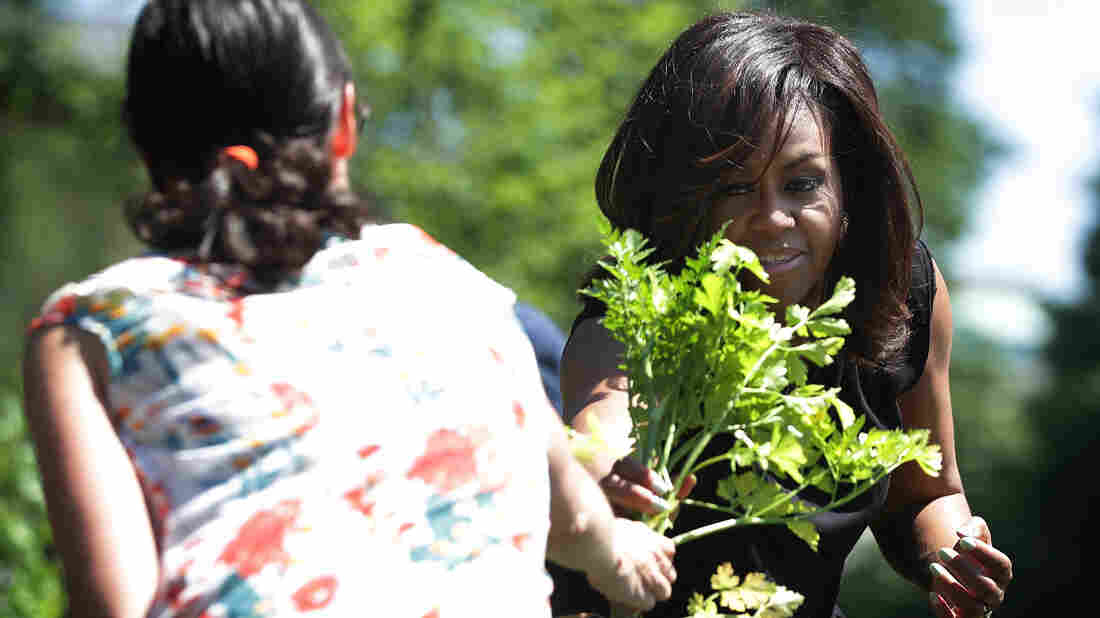 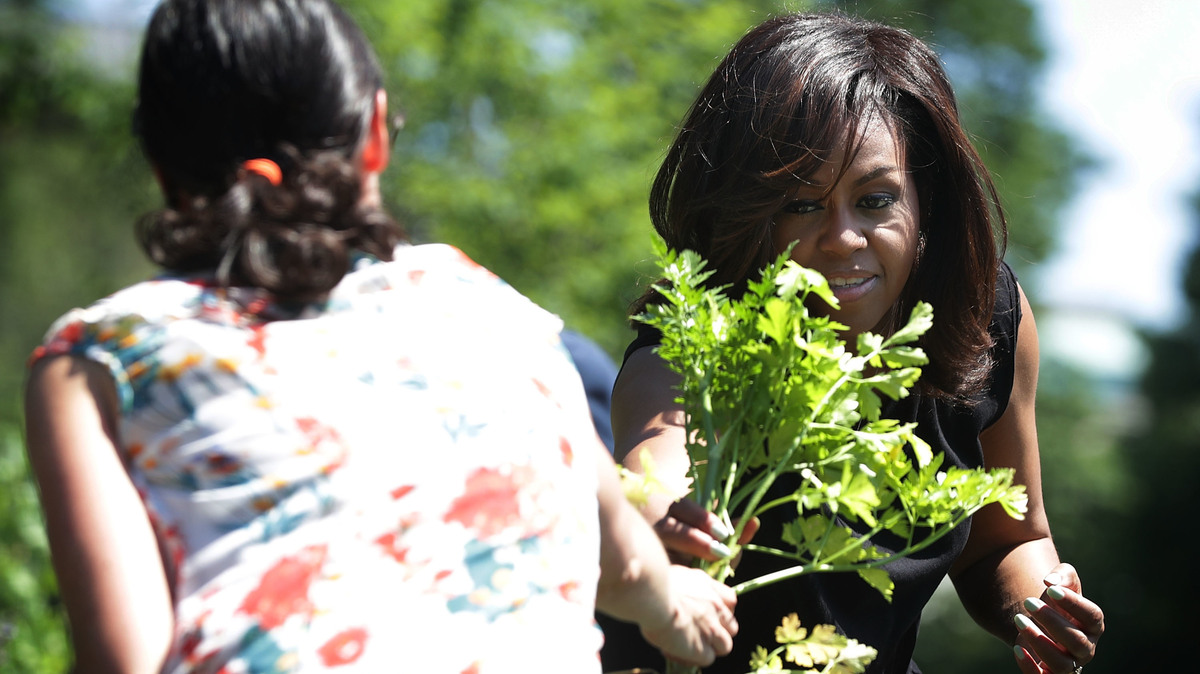 First lady Michelle Obama joined students from across the country Thursday in picking produce from the White House garden. It's the last such harvest of the Obama era. But the first lady has taken steps to ensure the garden — and the bumper crop of publicity and goodwill it generated — won't disappear once she and her husband leave the White House.

The W. Atlee Burpee home gardening company and The Burpee Foundation have contributed $2.5 million to the National Park Foundation to maintain the garden for at least 17 years. The first lady has also added wood, stone, and steel features designed for durability. So whether or not future occupants of the East Wing like Bill Clinton or Melania Trump decide to get their hands dirty in the garden, its future has been cemented on the White House South Lawn.

That future was far from assured when Michelle Obama and the family's chef, Sam Kass, hatched a plan for the garden at the Obamas' kitchen table in Chicago.

"I had plenty of doubts of my own." Michelle Obama recalled at a dedication ceremony Wednesday. "What if we just got a few sad little tomatoes and a bunch of weeds?"

Despite some early warnings about lead-tainted spinach, the garden thrived from the get-go, with help from White House chefs and National Park grounds keepers. Fresh greens from the backyard would soon find their way to china plates at State Dinners ... and to local soup kitchens. Over time, the first lady added beehives, a compost system, and a pollinators garden to attract birds and butterflies.

Since its founding in 2009, the garden has nearly tripled in size to 2800 square feet. And its figurative runners stretch across the country and beyond.

"My husband will tell you that one of the most frequent questions he gets from world leaders is, 'How's your wife's garden?'" Obama said. "And over the years this little garden has inspired countless folks across this country to plant gardens of their own."

The garden was a powerful symbol of the first lady's effort to promote healthy eating and lifestyles for America's children, formalized as the "Let's Move" initiative in 2010, with Kass as executive director.

The effort triggered the occasional food fight. Former Alaska Gov. Sarah Palin once brought sugar cookies to a school fundraiser in Pennsylvania to protest what she called "nanny state" nutritional nagging. But the first lady's campaign generally steered clear of controversy. And by working with both the government and the private sector, Let's Move helped raise standards for school meals, modernize nutritional labels, and encourage healthier offerings at chain restaurants.

"After an era of everything being super-sized, who would have thought that major companies would be racing to market smaller, lower-calorie versions of their snacks and beverages?" Obama said this week. "We take it for granted that we can get apples and skim milk in kids' meals at fast food places. Today we just assume that we can find healthy options at the drive-thru."

Some observers think the first lady's campaign has contributed to a drop in obesity rates among young children, although the evidence is mixed.

"We've still got a long way to go before we solve this problem," Obama acknowledged, and she promised to keep promoting healthy eating after she returns to private life.

"It's not a passing fad," she said, doomed to sink out of sight like last year's compost. And neither is the White House garden.