Accessibility links
'Divorce' Finds The Comedy In Calling It Quits Sarah Jessica Parker and Thomas Haden Church are a middle aged couple in a crumbling marriage. Show creator Sharon Horgan says she thought it would make "funny and sad and terrifying viewing." 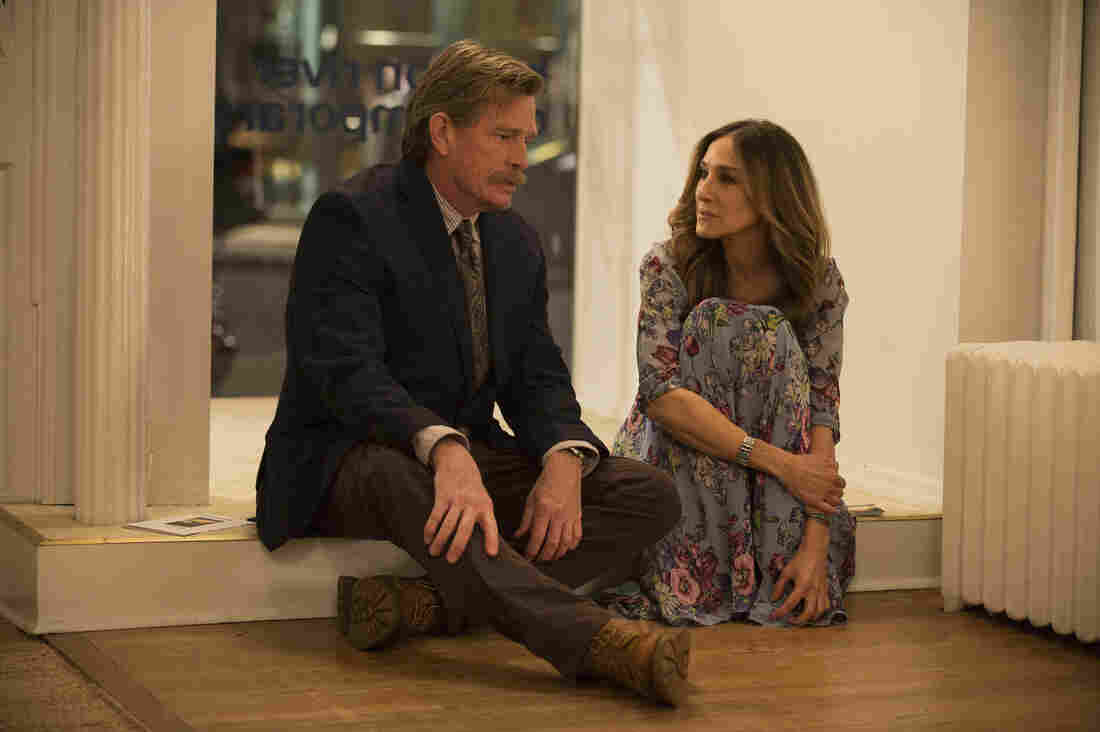 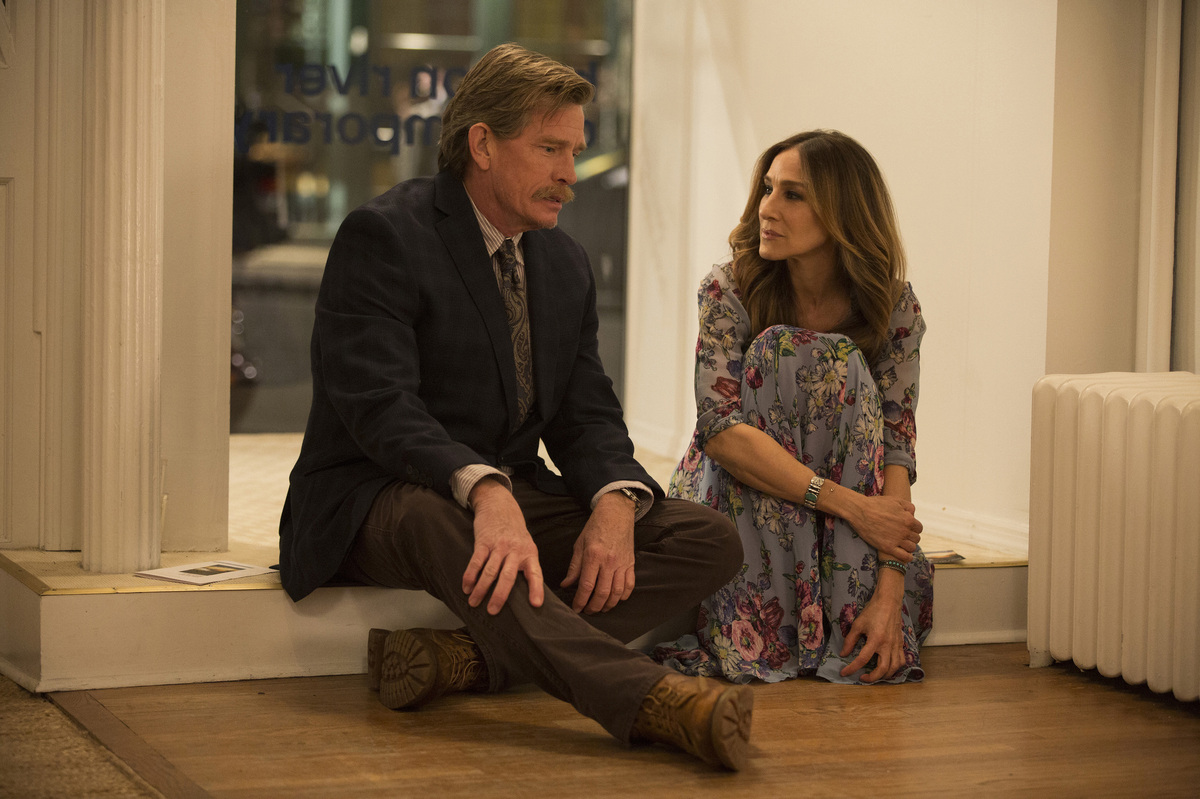 Thomas Haden Church and Sarah Jessica Parker star as Robert and Frances, a couple in a crumbling marriage in HBO's Divorce.

Sharon Horgan didn't let her intact marriage get in the way of creating her new HBO comedy series Divorce. "We made sure we had a couple of emotionally damaged, divorced people on the writing staff," she jokes with NPR's Kelly McEvers.

I thought it would make funny and sad and terrifying viewing.

Sarah Jessica Parker and Thomas Haden Church play Frances and Robert, a middle aged couple whose relationship is crumbling. And Horgan says a lot of the frustrating moments in the show were inspired by real life.

"Ridiculous day-to-day things, I sort of scribble as I go sometimes," she says. "Or I'll remember something at night and I'll write it down."

Horgan talks with McEvers about why she chose this subject and how real-life moments made her characters relatable. 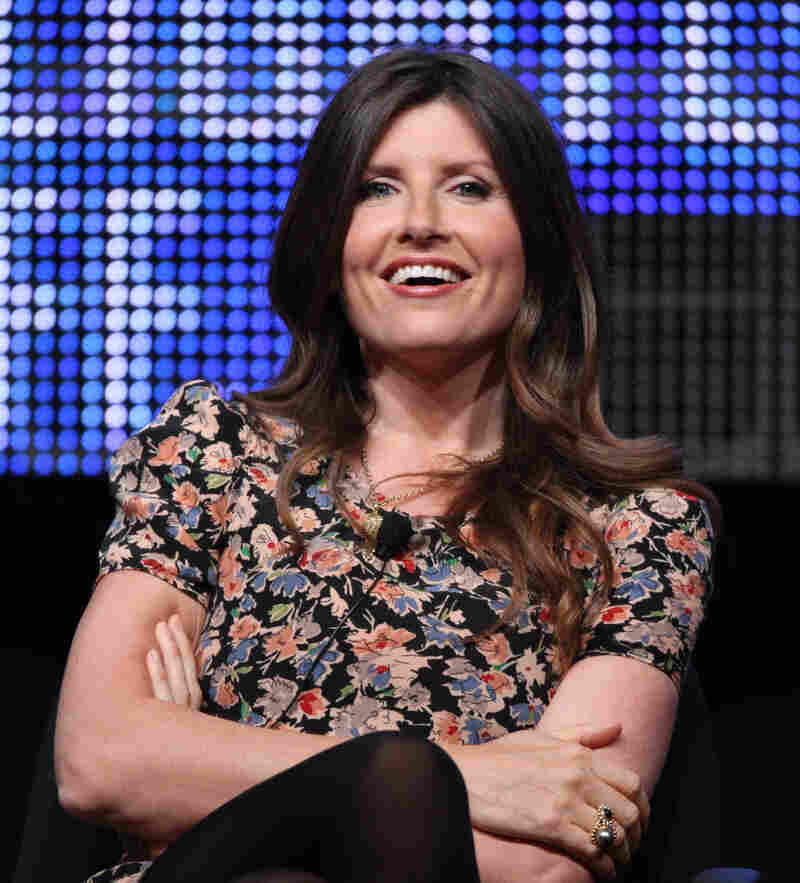 Sharon Horgan co-wrote and starred in the comedy series Catastrophe and Pulling. She is the creator of HBO's Divorce. Frederick M. Brown/Getty Images hide caption 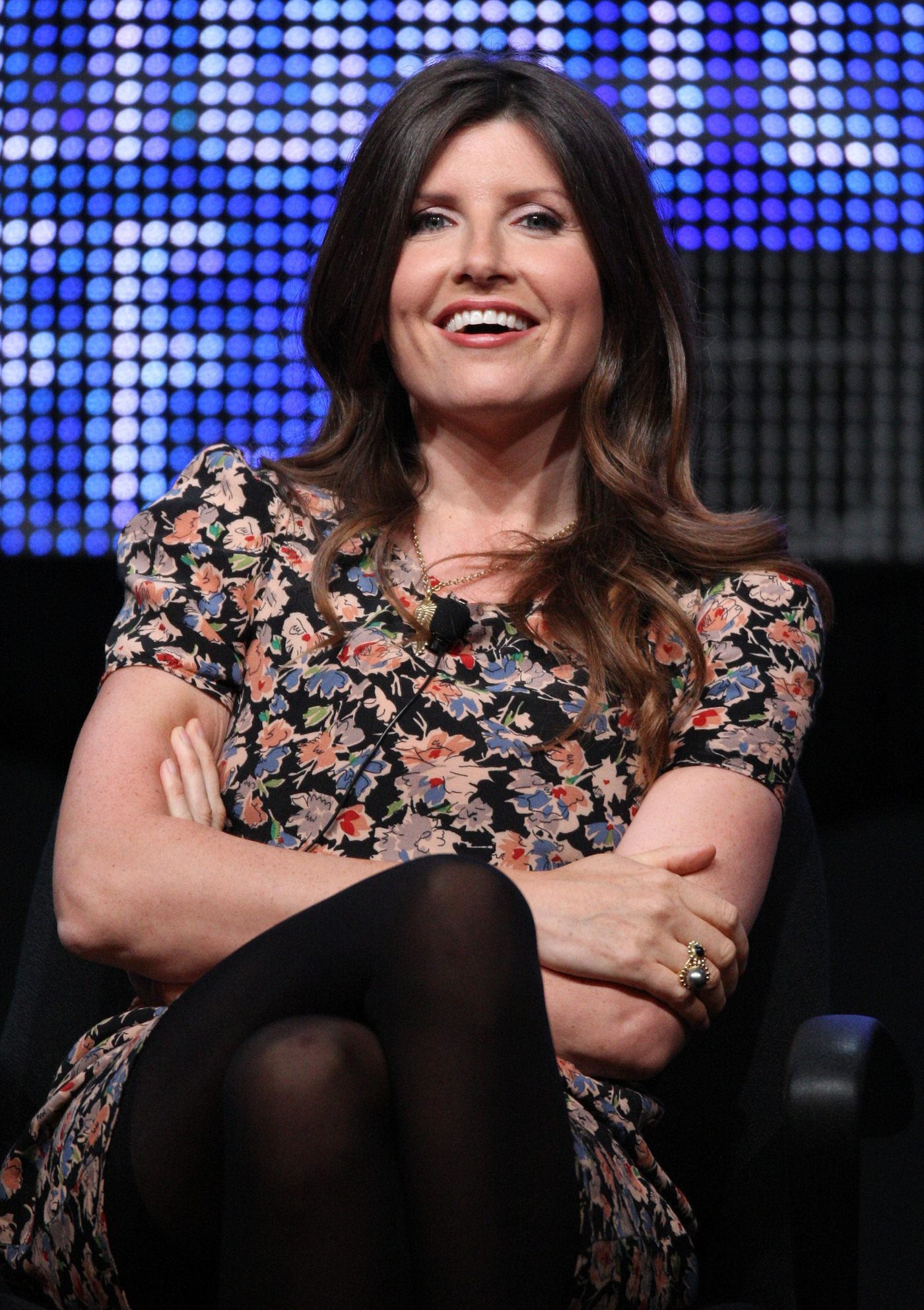 Sharon Horgan co-wrote and starred in the comedy series Catastrophe and Pulling. She is the creator of HBO's Divorce.

On why she wanted to tackle the subject of divorce

I'm a really nosy person and I think I realized that — while I knew some people who had been through it or going through it — I didn't really know the forensic, sort of in and out of it all. And I thought it would make funny and sad and terrifying viewing. And also it's a couple sort of beginning the end of something and feeling emotional and passionate about someone they hadn't felt anything for in years. So I thought it would be a good journey to chronicle.

On her 'make nothing up' rule

In a way, it gives you more scope to be brave because at least if you've experienced that situation, or that thought, or that experience ... it's just full honesty. And you put it out there and then you sort of ask people what they think. I think when it feels too ... constructed things sort of veer into sitcom land.

A Good Fit: Why The Best Thing About 'Catastrophe' Is People Laughing

On whether one needs to be divorced to write about divorce

Amy Gravitt from HBO said that anyone who's been married could write about divorce and I think that's really true. It's certainly those feelings of wanting to cut someone's head off. ... It's therapy, though, right? It's really good to get these things out there, get them off your chest. ... I mean, a lot of what I've written over the years has either been pretty observational or borderline kind of confessional.

On why she doesn't write about her kids

I don't kind of go near that because I think when it comes to sort of writing about what grown adults have got up to is one thing, and they might recognize that, but using anything that feels remotely like at any stage my kid might watch and go, 'Hang on that's me.' ... I wouldn't risk that.

Amazon's 'Catastrophe' Isn't One — Unlike Some TV Rom-Coms

On how writing the show has affected her feelings about divorce

I guess if it's done anything it's made me want to avoid it all the more. And I think hopefully anyone watching will feel the same. I don't think anyone watching our show will think, 'I should give that a go.'