Accessibility links
Driving Miss Norma: 91-Year-Old Who Hit The Road After Cancer Diagnosis Dies Instead of seeking treatment for cancer, Norma Bauerschmidt embarked on a cross-country trip in an RV with her son and daughter-in-law. The trip lasted more than a year. She died last week. 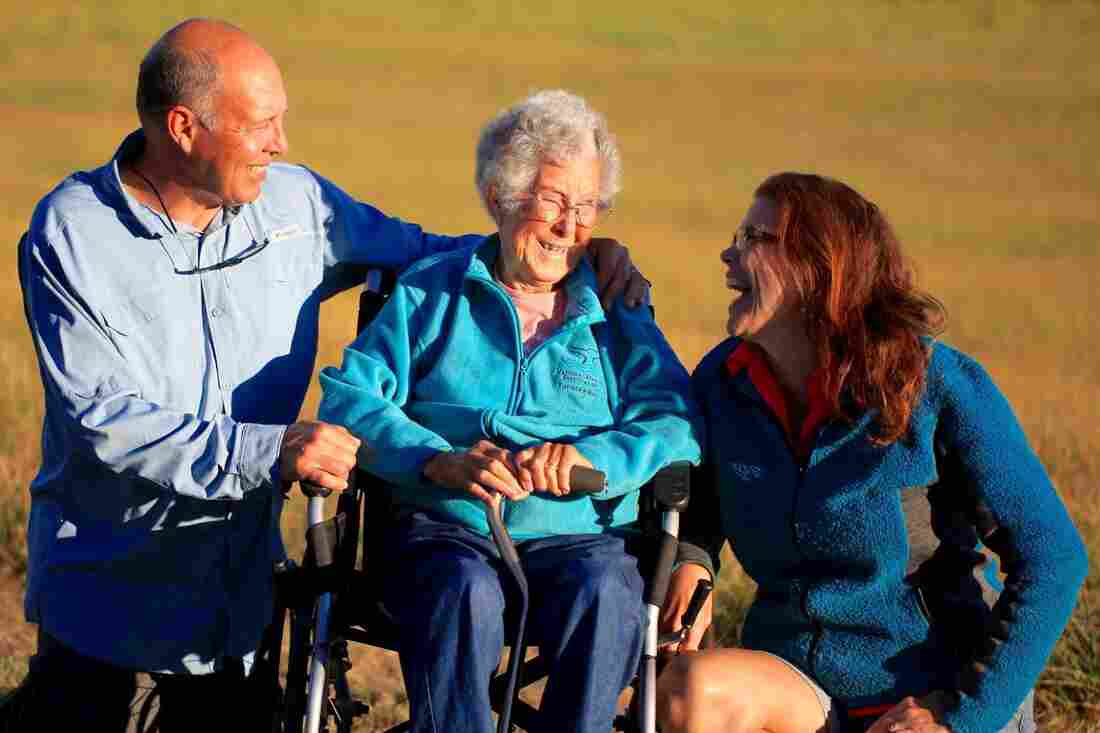 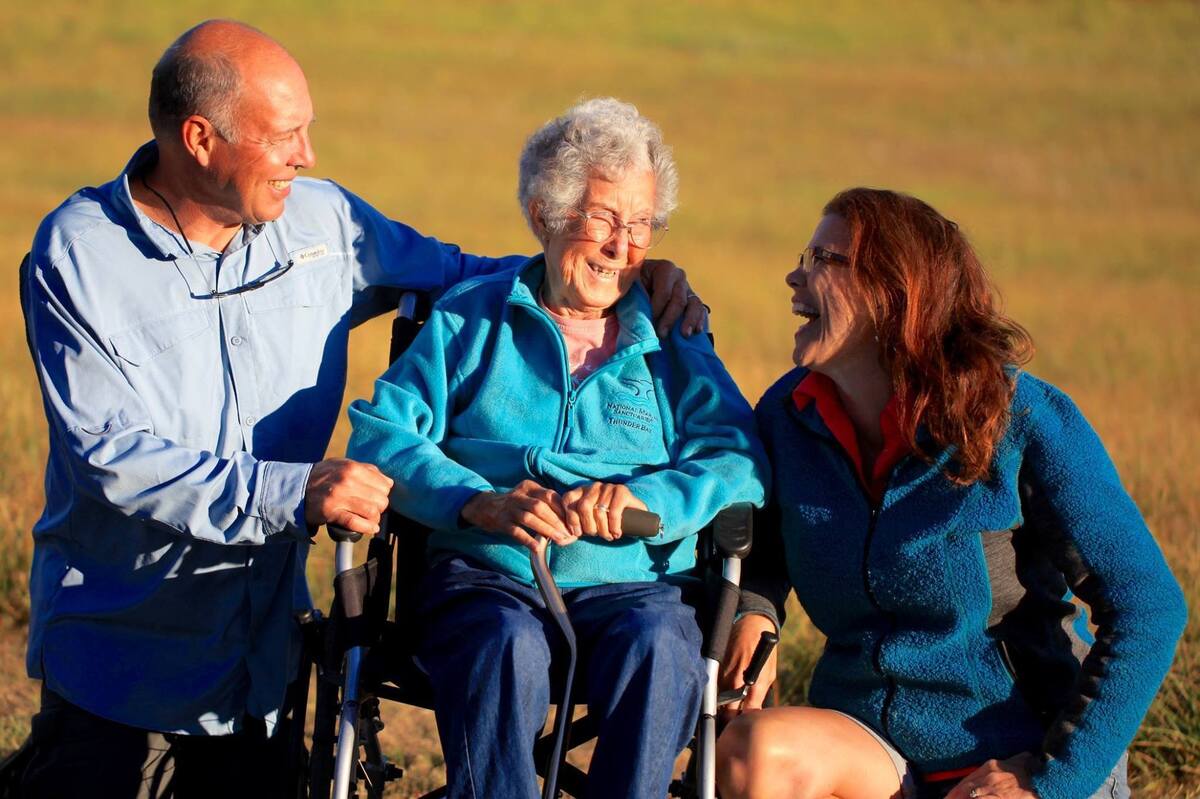 Tim Bauerschmidt left home when he was 19. He would call or visit his parents in Michigan occasionally. Decades went by.

After his father died last year, he knew his mother couldn't live by herself. She was 90, and he realized he didn't know her that well.

"I had some stilted conversations," says Bauerschmidt. "She'd be on the other end of the phone when I talked to my dad. I'd have to say, 'Mom, are you there? Are you on the line?' [She would say] 'Oh yeah, I'm here.' "

Bauerschmidt says it was like his mom, Norma, lived in the shadow of his dad. The pair were married for 67 years. Two days after he died, Norma was diagnosed with endometrial cancer. The doctor recommended a hysterectomy and chemotherapy.

"She said, 'Nope, I'm not doing any of that,' " says Ramie Liddle, Bauerschmidt's wife.

The couple offered to have Norma come live with them. But there was a catch — they live in an RV and travel full time.

Liddle says Norma took about two minutes and gave them her answer.

"I'm 90-years-old," Liddle recalls Norma saying. "I'm hitting the road. Let's go have some fun. I don't want to spend another minute in the doctor's office."

Last summer, Norma, Ramie, Tim and the couple's poodle, Ringo, embarked on a year-long adventure across the U.S.

Before she was married, Norma served in the Navy. She was a nurse at a hospital in San Diego during World War II. After that, she lived in Michigan, rarely venturing far from home.

When the foursome pulled away in the RV, Norma began to experience many firsts. 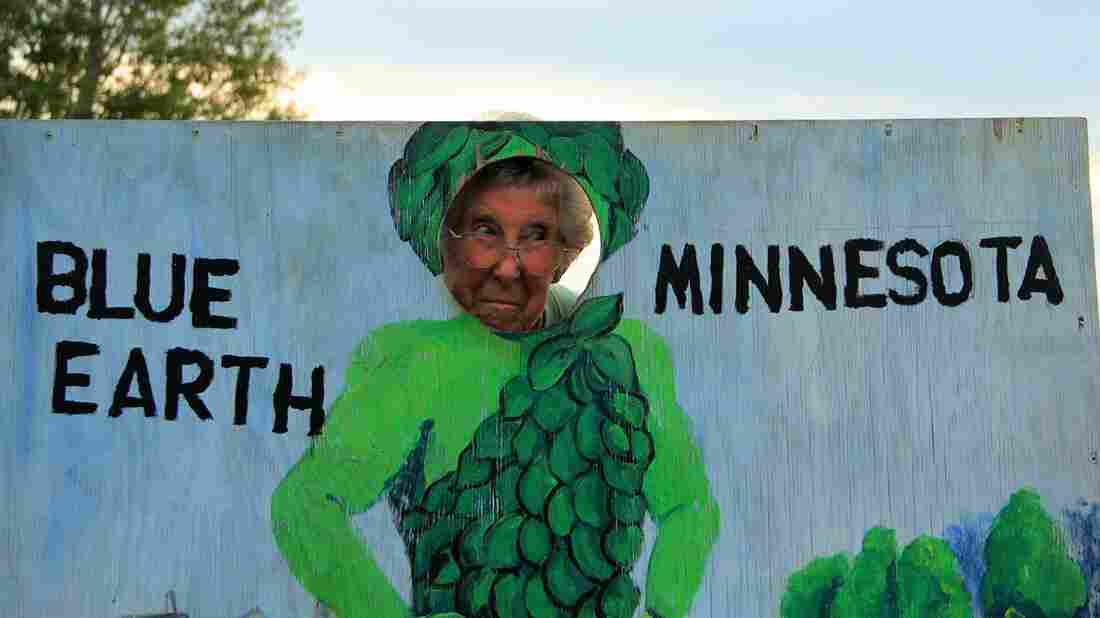 Norma Bauerschmidt poses with the Jolly Green Giant in Blue Earth, Minn., near the beginning of her journey in August 2015. Ramie Liddle hide caption 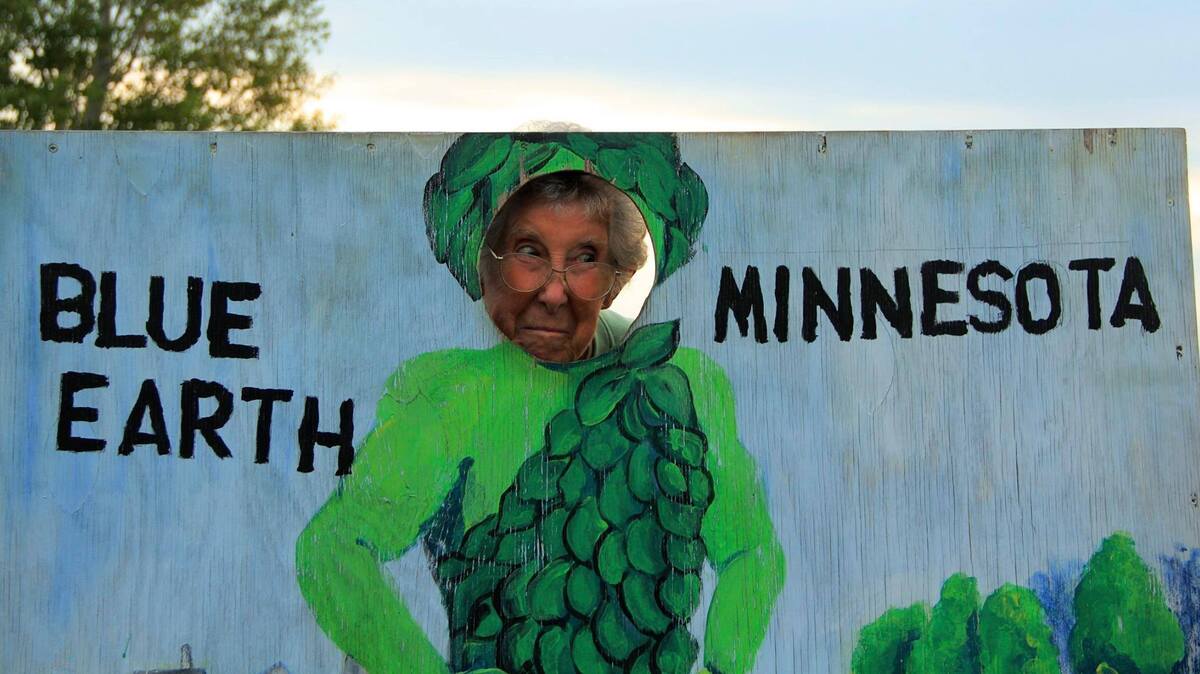 Norma Bauerschmidt poses with the Jolly Green Giant in Blue Earth, Minn., near the beginning of her journey in August 2015.

Bauerschmidt says she had never even been to Wisconsin, the state next to Michigan. There were so many foods she never tried: buffalo burgers, fried green tomatoes, lobster and oysters.

Over the course of the year, they traveled nearly 13,000 miles and slept in over 75 locations in 32 states. They visited dozens of national parks, monuments and recreation areas.

Norma even experienced some smaller things, like taking off in a hot air balloon, riding a horse and getting a pedicure.

At the beginning of their trip, Liddle started to document their adventures.

"I decided to put it on Facebook," Liddle says. "I used to keep a travel blog because Tim and I were always on the road and honestly, I liked to let my mom, who lives in Pittsburgh, know where we were."

She named the Facebook page "Driving Ms. Norma," and after a few months, people beyond Liddle's mom started to take notice. A website picked up on it, and the page gained hundreds of thousands of followers.

People around the world were in awe of Norma — the way Ramie and Tim were.

"I used to say 'No,' to a lot of things," Bauerschmidt says. "My knee jerk reaction to most things – no, no – but now I hold my tongue and I consider it, and I'm saying 'Yes,' to uncomfortable situations."

Norma died last week at the age of 91. Her memorial service was held on Friday in Friday Harbor, Wash. — on the other side of the country from where her RV adventures began.