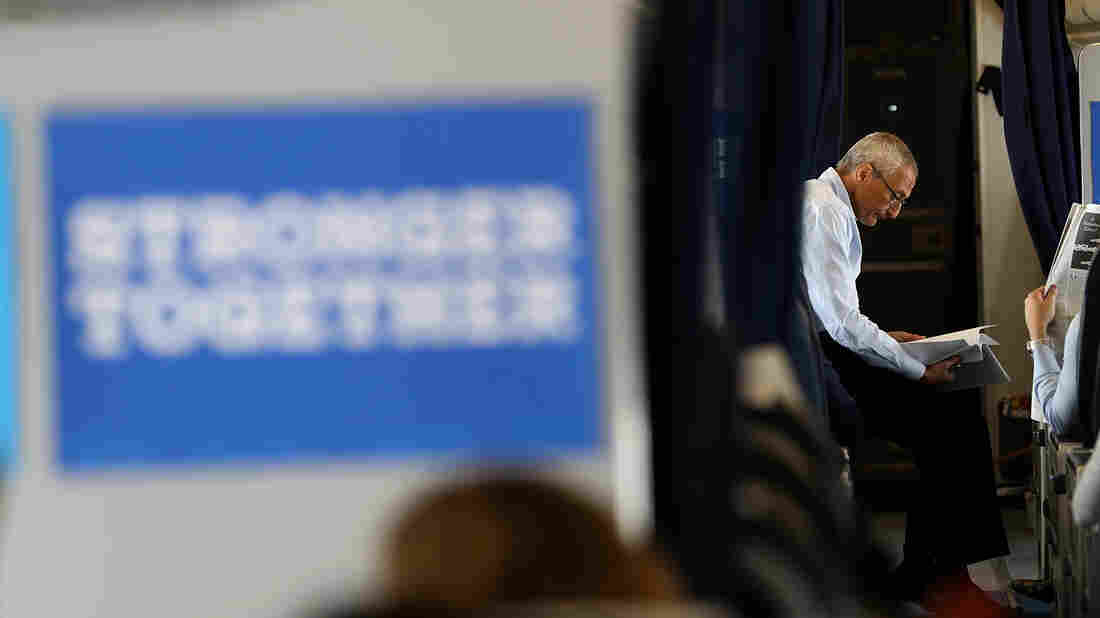 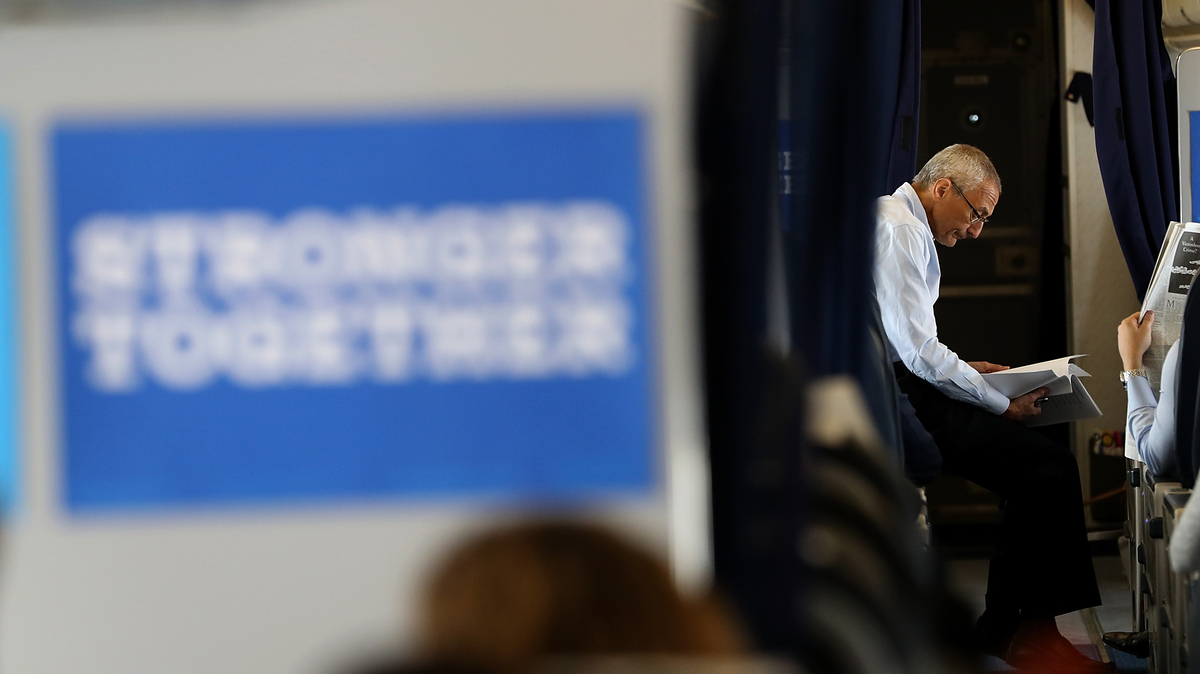 While much of the new batch of hacked emails are benign newsletters and shared articles, one note in particular has gotten attention for offering a glimpse into Hillary Clinton's paid Wall Street speeches. The email depicts Clinton acknowledging the security issues with using her BlackBerry and suggests that she considers herself a political moderate. It also alleges that she dreams of "open trade and open borders," among other topics.

But some of the most intriguing excerpts come when Clinton is addressing issues of Wall Street while actually on Wall Street. In the hacked email, the Democratic presidential nominee discusses the "rigged system," and the causes of and solutions to the financial crisis in an unguarded tone, framing large banks and investment firms as partners rather than problems.

The email, sent last January from Hillary For America research director Tony Carrk to Podesta and other senior campaign officials, contain "flags" sent by the Harry Walker Agency — the firm that organized Clinton's Wall Street speeches after she was secretary of state. The flagged portions are positions that Carrk wrote needed "an extra scrub" and could prove problematic for the campaign in the future.

While the Clinton campaign hasn't outright disputed the contents of the emails, they have not yet confirmed their authenticity. Podesta did take to Twitter questioning the veracity of some of the emails, though he didn't specify which ones. He wrote that he didn't have the time to verify which emails are true and which are fake, and he also blamed Russia for the hack, claiming the country has been issuing cyber attacks as a means to "throw the election to Donald Trump."

2. ...I'm not happy about being hacked by the Russians in their quest to throw the election to Donald Trump.

3. Don't have time to figure out which docs are real and which are faked...

4. ...But, for starters, Assange's first claim that I co-own the Podesta Group is completely false.

In the hacked email containing excerpts of Wall Street speeches, the first flagged portion comes from a 2014 speech at a Goldman Sachs - BlackRock event and is titled "Clinton admits she's out of touch."

In the excerpt, Clinton describes herself now as being "far-removed" from the struggles of middle class life and acknowledges "a growing sense of anxiety and even anger in the country over the feeling that the game is rigged." She does say that she had a "solid middle class upbringing" that she hasn't forgotten.

Clinton also spoke of the "rigged system" in another 2014 speech to Deutsche Bank, saying, "If the perception is that somehow the game is rigged, that should be a problem for all of us, and we have to be willing to make that absolutely clear."

In public, Clinton has acknowledged that many voters feel the system is rigged against them. Just last week, she pointed to the Donald Trump's recently leaked 1995 tax returns as a sign that he embodies "the same rigged system he claims he will change."

Clinton also spoke to Wall Street repeatedly about the financial crisis and how to avoid it in the future. In an October 2013, speech at the Goldman Sachs AIMS Alternative Investments Symposium, Clinton said that blaming the banking system for the financial crisis was an "oversimplification."

"I think that there's a lot that could have been avoided in terms of both misunderstanding and really politicizing what happened with greater transparency, with greater openness on all sides, you know, what happened, how did it happen, how do we prevent it from happening?," Clinton said. "You guys help us figure it out and let's make sure that we do it right this time."

In the 2014 Deutsche Bank speech, she said that Wall Street reform "really has to come from the industry itself." In her Goldman Sachs AIMS Alternative Investments Symposium speech the year before, Clinton brought up a similar idea, saying,"The people that know the industry better than anybody are the people who work in the industry."

Clinton also highlighted her strong relationship with Wall Street while she was a senator during a 2014 speech at Robbins Geller Rudman & Dowd, a securities law firm in San Diego.

"When I was a senator from New York, I represented and worked with so many talented principled people who made their living in finance," Clinton said, but added that she also worked to hold them to high standards, "But even though I represented them and did all I could to make sure they continued to prosper, I called for closing the carried interest loophole and addressing skyrocketing CEO pay."

Though Clinton has publicly called for tighter regulations on Wall Street, her tone in the speech excerpts contained in the leaked email are perhaps more conciliatory and friendly than she has publicly let on.

RNC Chairman Reince Priebus zeroed in on this criticism in a statement:

"With today's WikiLeaks revelations we are finding out who Hillary Clinton really is, and it's not hard to see why she fought so hard to keep her transcripts of speeches to Wall Street banks paying her millions of dollars secret."

However, the Podesta emails leaked the same day as a lewd tape of Trump claiming he could grope women because of his fame. As the backlash against Trump intensifies and more Republican leaders call for his resignation, Clinton's Wall Street speeches may not pack as strong a punch as Priebus had hoped.