Accessibility links
Growing Up As A Bank Robber's Daughter In 'Bandit' Kids eventually realize their parents are real people, says author Molly Brodak. But in her new memoir, she talks about another sort of realization: That her father was dishonest, and a criminal. 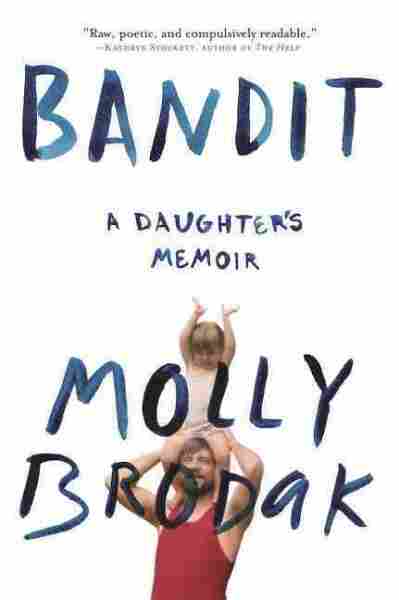 In a lot of memoirs, it feels safe to assume that the author really knows what they're writing about. But here's an exception: Molly Brodak's new memoir is about her dad, a man she barely knew growing up. Her father is a gambling addict. And when Molly was in middle school, he robbed 11 banks outside of Detroit in 1994 to fuel his addiction — the FBI dubbed him the "Super Mario Brothers Bandit" because of his flat cap and fake mustache.

Brodak's book is called Bandit: A Daughter's Memoir, and she tells NPR's Michel Martin that her father had a secret life. "When he started to first date my mother, he was already married, and had a child with another woman. There was a lot of secrecy and things I didn't know about until I was much older."

On whether she felt like she had a secret life too

It was all over the news where I was growing up ... and I was in middle school, which is hard enough as it is ... but then it faded, and people forgot, and then it became a secret, in a way, that eventually in the course of my knowing a friend or someone knew, we'd sort of get to that point in the relationship where I'd say, well, this is this thing that happened to me ... and so yeah, you become sort of rehearsed at telling the facts.

On facing the fact that her father is a liar

Kids do get to an age where they realize that their parents are people, and they have their own lives ... but to realize that on top of realizing that your dad isn't an honest person, realizing that he lies — another scene that I describe in the book is watching him steal tires in the middle of the night. He had taken me along for the ride for some reason, I was in the car when he was doing that. And so that's another level of realization that you might have as a child ... and you feel disappointed, in a way. Thank god I had my mom, who was always a very good model to me, even though she suffered mightily because of my father and because of her own issues.

On dealing with her family situation

My sister and I had opposite reactions to our family situation. My sister wanted to make a lot of noise and get the attention she thought she deserved ... I decided I didn't want to be any more of a problem to anyone in the family, and so I sort of removed myself by reading books, and staying in the library and studying plants and insects in the back yard, and just sort of building my own private world that felt safe.

Part of it was practical. My father, being a gambling addict, is always looking for money. So I think they were worried, well, what if he sues you, so part of it was that. But I think every family has a secret. Every family has darkness and heaviness that people would prefer to not talk about. And when you choose to become the person who's going to bring light to the dark family secrets, you can sometimes be perceived as the betrayer. And I think that my story is not unusual in that way ... so I think they were warning me in that sense, like oh well, do you really want all this on you? And I was so beyond that point when I started writing it. I was so ready to do it, and I was so ready for all of the light to shine on the story.