Accessibility links
Among Black Voters In Charlotte, A Difficult Decision Between Hillary Clinton, Donald Trump Mecklenburg County, N.C., is a blue spot in a red state. And a visit there reveals something national polls may leave unsaid: Many black voters are dissatisfied with their choices for president. 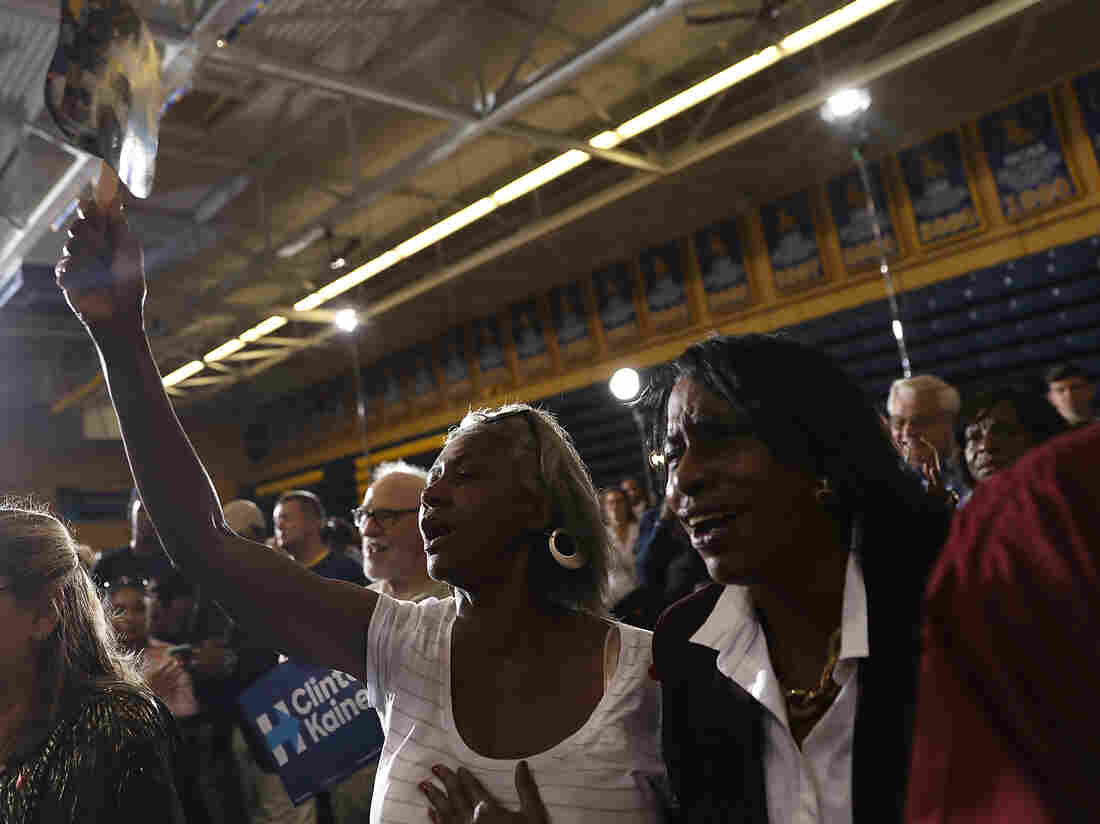 Supporters cheer as Democratic presidential nominee Hillary Clinton speaks at an event at Johnson C. Smith University on Sept. 8. Yet a visit to the school reveals that many of its students have much more mixed feelings on the election. Justin Sullivan/Getty Images hide caption 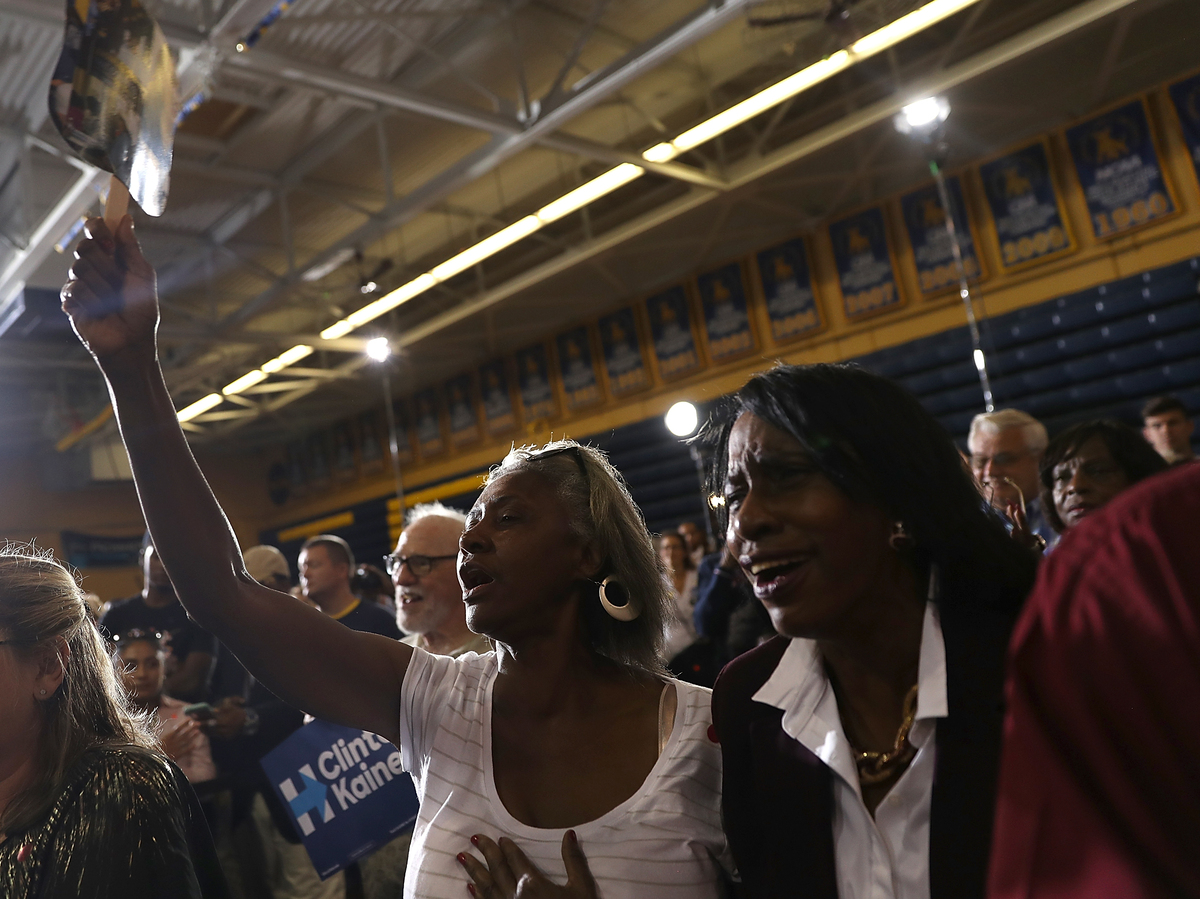 Supporters cheer as Democratic presidential nominee Hillary Clinton speaks at an event at Johnson C. Smith University on Sept. 8. Yet a visit to the school reveals that many of its students have much more mixed feelings on the election.

With less than a month to go before Election Day, Hillary Clinton and Donald Trump are focused on locking up key battleground states. One of them is North Carolina, a state that Barack Obama turned blue in 2008, but lost in 2012.

Over the course of this election season, Weekend Edition has been visiting Mecklenburg County, N.C., a blue county in a red state that's seen large demographic shifts over the past decade. Mecklenburg has a rapidly growing Hispanic population, 30 percent of its residents are black, and it has become a hub for banking and a booming tech sector.

We've been talking with voters in Mecklenburg over the course of the year, and on our most recent visit, we focused specifically on black voters — a demographic targeted by both campaigns. For Clinton, getting African-Americans to the polls will be crucial to her success in the state.

In a classroom at Johnson C. Smith University, a group of students is discussing how to encourage their peers to vote. They're part of a political science association that includes students and alumni. When we asked them about how they felt about Donald Trump and Hillary Clinton we heard some groans.

"I don't like the candidate choices we have," said Ayana Perry. She was supporting Sen. Bernie Sanders, but when he dropped out of the race she decided, "I guess I'm with her."

This is a historically black university, and polls show Donald Trump's support among African-Americans at between 2 and 6 percent nationwide. These should be Clinton's biggest supporters, but the people we spoke with were not enthusiastic. Jasmine Wright, an alumna in the room, said she feels bad for first-time voters. "I feel sorry for their decisions." 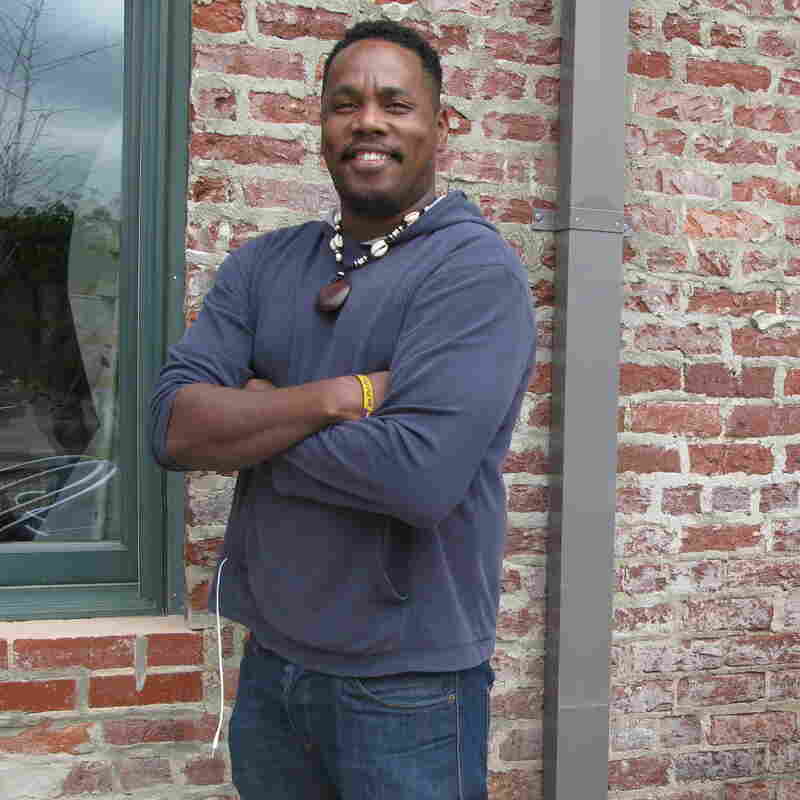 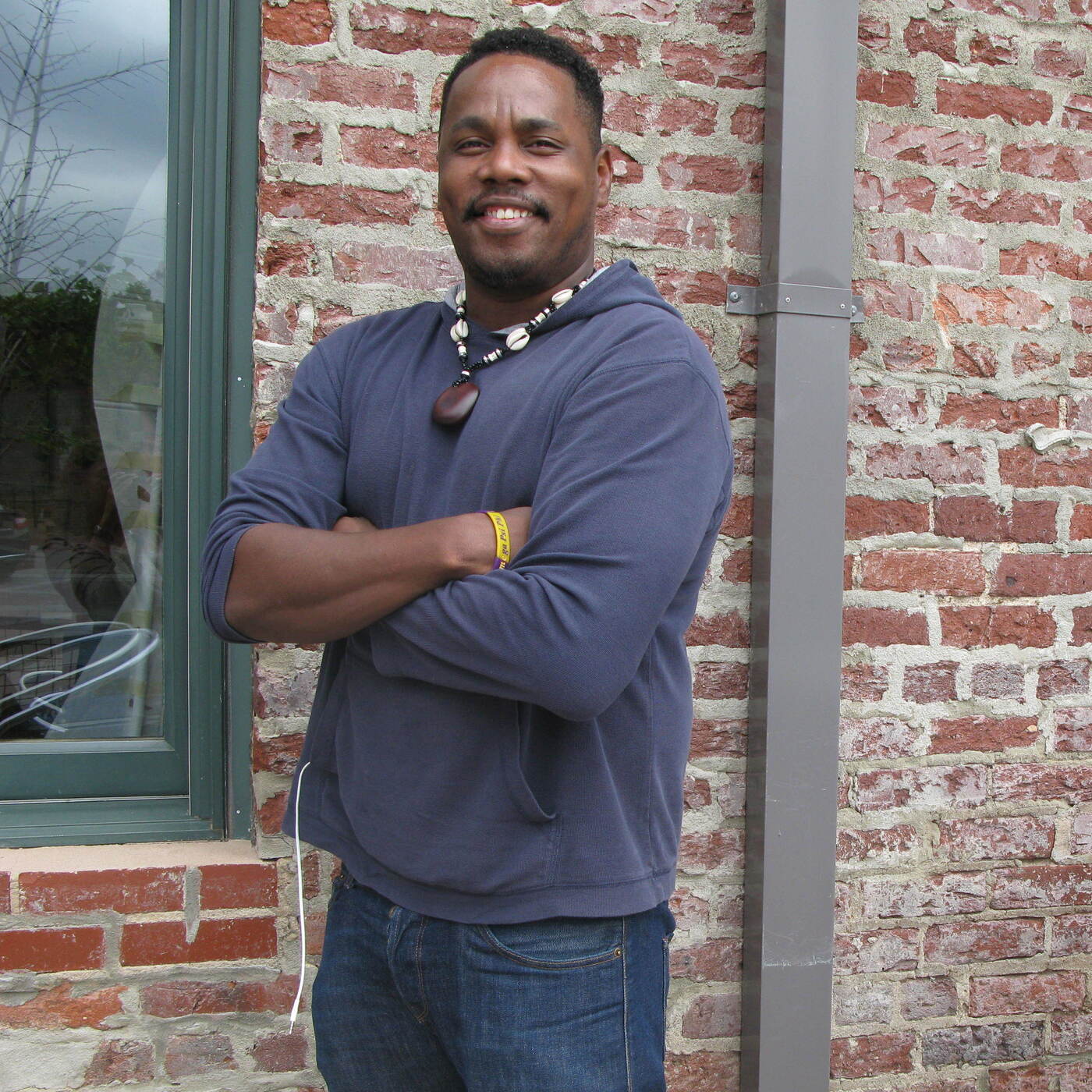 Donald Trump has been trying to attract black voters in his own way. At an August rally in North Carolina, Donald Trump made a pitch to minority voters by asking the question, "What do you have to lose by trying something new?" He's asserted that Democrats have taken the black vote for granted.

Ty Turner Bond couldn't agree more. He was a Democrat for years. He even worked on President Obama's 2008 campaign.

Bond is not enticed by the Democratic platform. He likes Trump's economic proposals, like his plans to empower African-American entrepreneurs.

We met Katrina Rodgers at Antioch Road to Glory International Ministries, a predominantly black church where Rodgers' father is the pastor. Their church does not have nonprofit status, which is why they can take a political stance.

When we asked Rodgers what about Donald Trump she liked, she talked about his skepticism on NATO and his rejection of the Trans-Pacific Partnership trade deal. She told us that just because she has black skin doesn't mean she's going to vote for a Democrat. She also brought up a speech Hillary Clinton made in 1996 when she referred to young black men "superpredators."

Clinton's use of the word "superpredator" came up a lot in the course of our interviews. At Da Lucky Spot, a barbershop in Charlotte, owner Shaun Corbett had a different take.

"I'm a convicted felon," he told us, "thoughts change, people change. So who am I to hold one thing that one person said at one time against them." 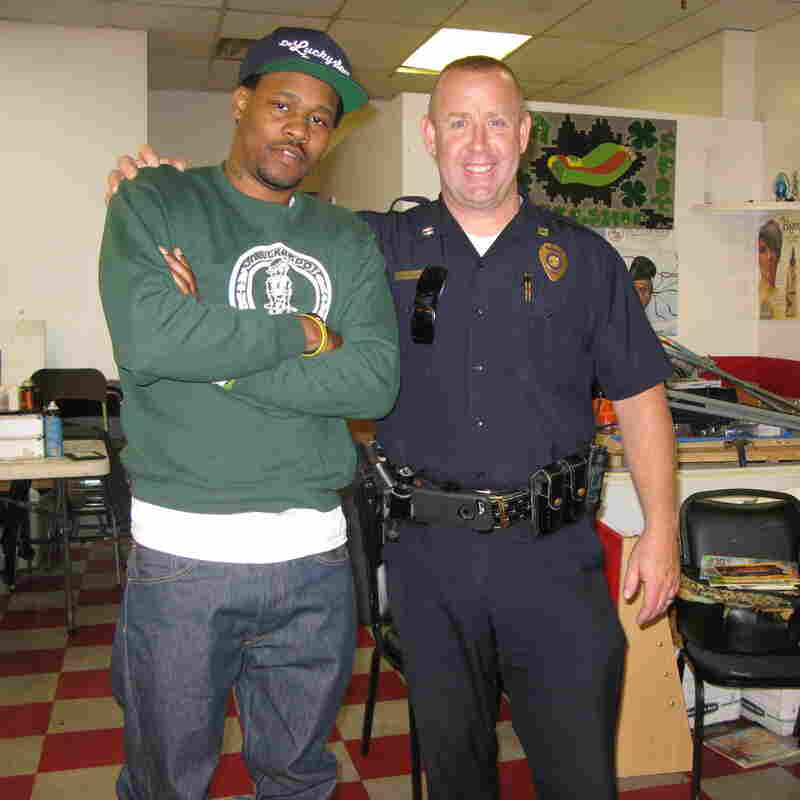 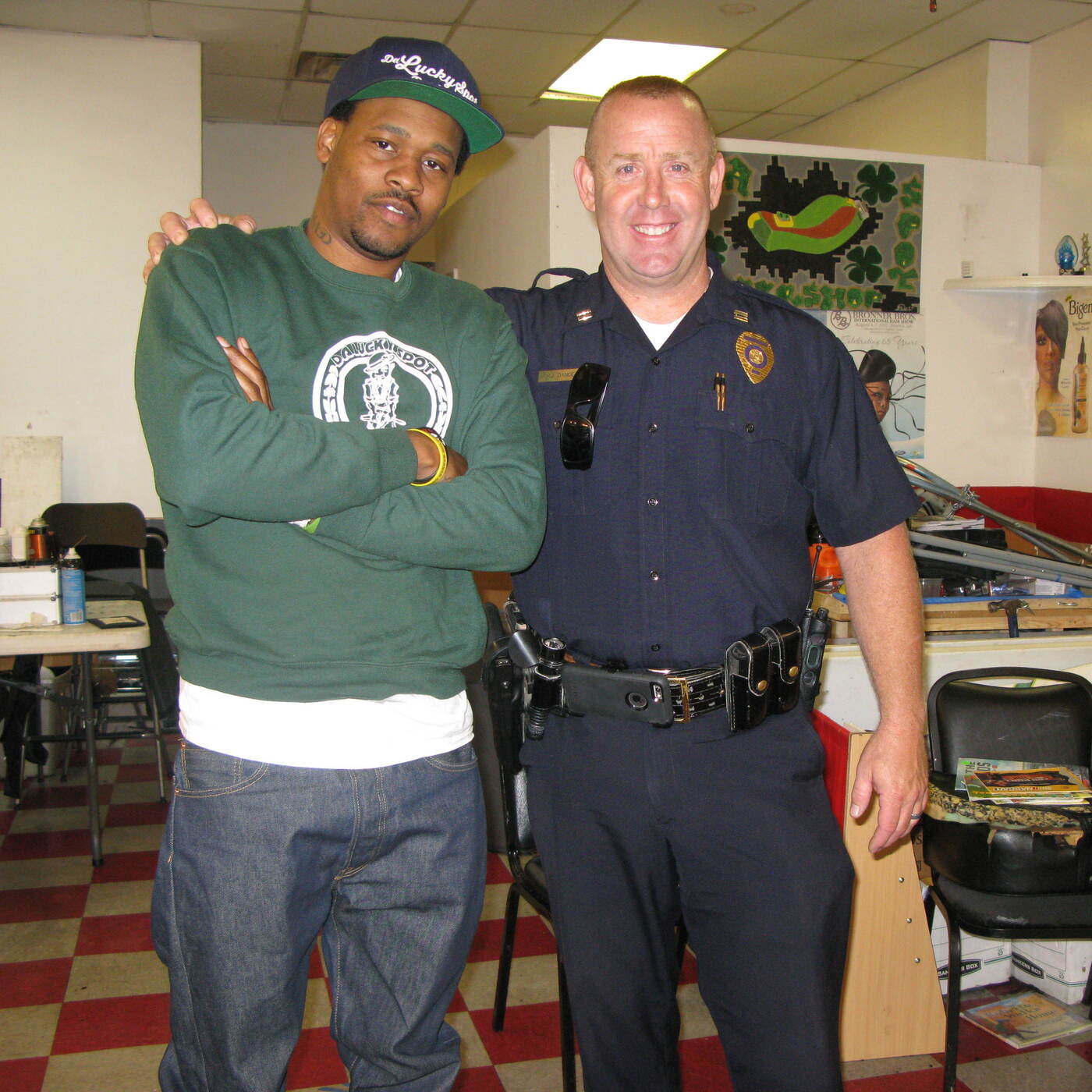 He had an opportunity to sit down with Hillary Clinton and other community leaders in Charlotte just weeks before we interviewed him. He said he's supporting Hillary Clinton because she has a fire in her.

"She's been fighting for rights for women, black people, kids since the 1970s."

It's fair to say that both of the candidates have used language in this election season and in the past that has upset black voters. On Oct. 20, early voting will begin at 10 sites in Mecklenburg County, N.C. That will be the first test of who is showing up at the polls.

No doubt the campaigns will be watching closely to see how they can hone their messages in the few weeks left before Nov. 8.