Accessibility links
Trump's Call For Voters To Watch For Fraud Stokes Fears Of Vote Suppression Donald Trump is calling on Pennsylvania voters to also monitor polling places for fraud. The effort has prompted fears for the integrity of the electoral process. 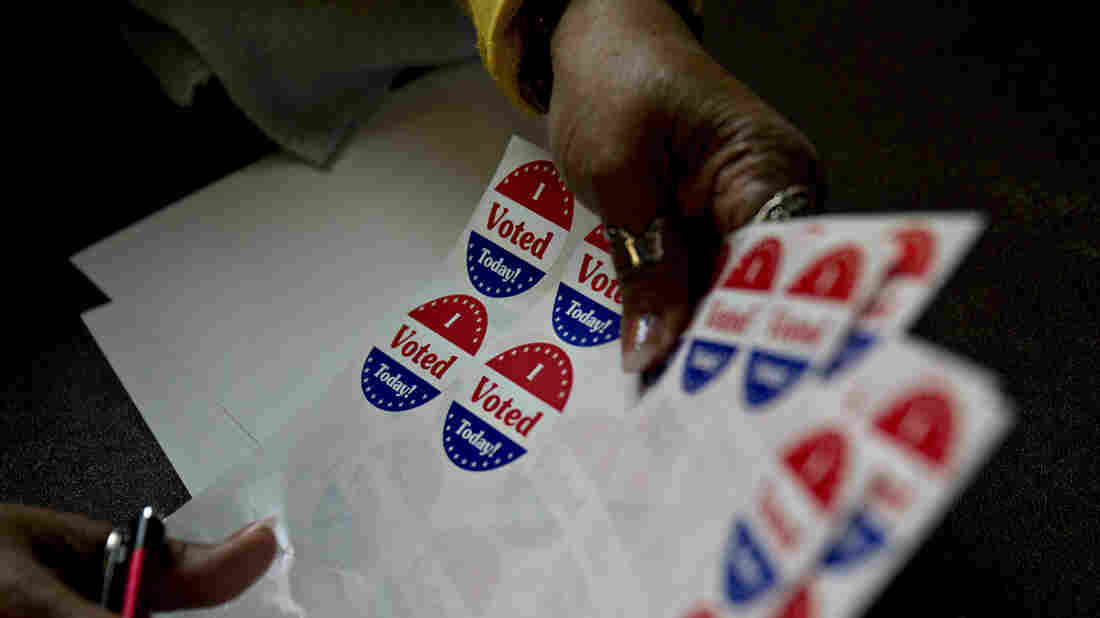 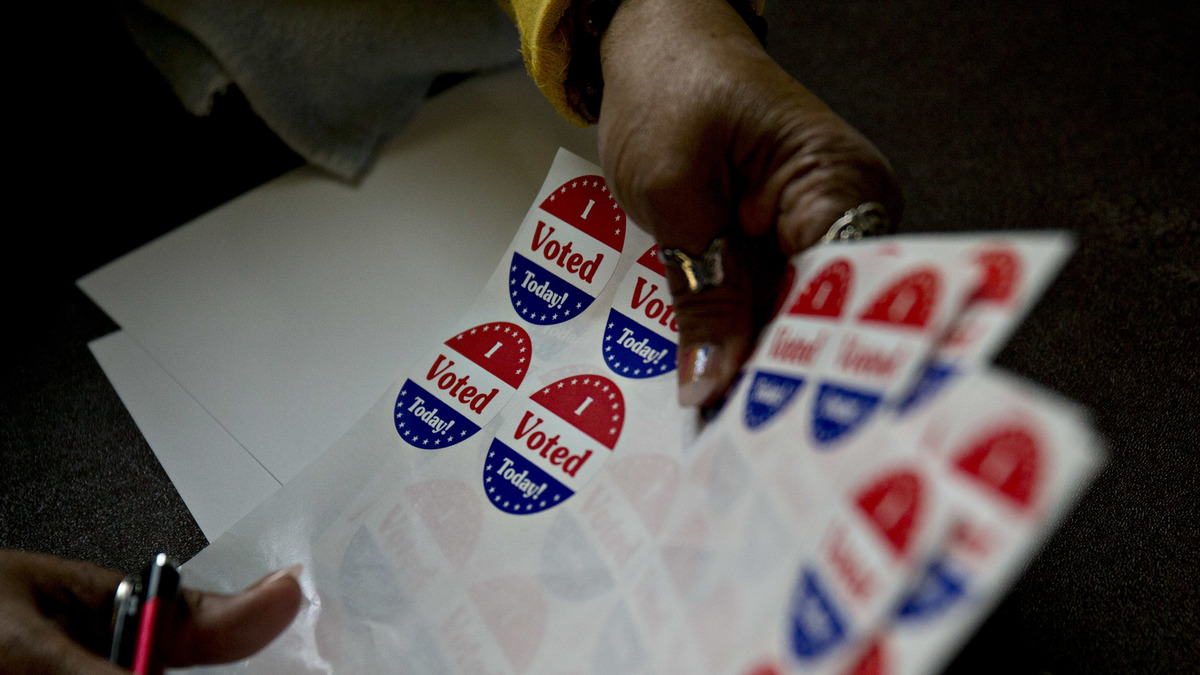 A version of this story was published by NewsWorks.

When Donald Trump was in Manheim, Pa., recently, he urged his followers not just to vote but also to watch out for cheating at the state's polling places.

It's a call to action the Republican nominee has made before — one many fellow Republicans have supported as a way to protect the integrity of the electoral process and one most Democrats claim is a thinly-disguised attempt to suppress voters from exercising their right to the ballot box.

Trump has solicited poll watchers more than once in Pennsylvania, a state key to his prospects for victory.

"How Hostile Poll Watchers Could Hand Pennsylvania to Trump," screams a headline in Politico, noting that "the state's unique rules make it vulnerable to mischief."

Turning out the troops

It's true that Trump's website invites supporters to sign up as Election Day observers for the campaign.

And there's a bill in Pennsylvania's Republican-controlled legislature to expand the reach of poll watchers, permitting them to patrol voting sites across the state, not just in their home counties as current law allows. That means if enacted, poll watchers from the middle of the state could stream into Philadelphia (or vice versa), challenging voters and creating havoc.

As the Politico piece notes, a provision in the state election code provides that any poll watcher or other voter in the polling place at the time can challenge the identity or residency of someone showing up to vote.

And, in such a circumstance, the law requires the challenged voter to sign an affidavit attesting to his or her identity and residence, and to find a witness from the precinct who can also sign an affidavit vouching for the voter's identity.

According to Pennsylvania Deputy Secretary of State Marian Schneider, there's case law that says there must be a rational basis for a voter challenge. If the voter doesn't sign the affidavit or find a witness, she noted, he or she can vote by provisional ballot.

The truth is it takes a lot of effort to recruit hundreds of people, train them, and dispatch them to unfamiliar polling places to challenge voters en masse. But Howard Cain, who was a Democratic field operative for 25 years, says mass challenges aren't really about disqualifying voters.

"You don't have to be successful in these challenges," he said. "You just have to create enough confusion and temporary chaos at a polling place so that people go, 'I'm not going to stay here and put up with this nonsense, I'm out of here.' That's what the real goal is."

Cain said Democrats in Pennsylvania were expecting one in the 2004 presidential election, so he organized teams in 53 polling places to quickly respond with election lawyers.

Cain said he's never witnessed a mass voter challenge, which is one reason the election code provisions around it are so little-known.

And so far, field organization has not been the Trump campaign's strong suit. The campaign didn't respond to requests for comment.

Voter fraud – is it real?

Joe DeFelice, executive director of the Republican Party in Philadelphia, is working with the state party to recruit poll watchers, but he says that's nothing new: For several years, he's been recruiting Republicans to serve on election boards and act as poll watchers in places where Democrats dominate, and, he said, get into mischief.

"It's just fair elections," he said. "You know, people like to say there's nothing going on, but I can cite instances. You see in the 18th Ward in 2014, we had an entire election board adding votes to the machine at the end of the night."

He's right. In that case, the election board saw after the polls closed that somehow six more voters had signed in to vote than there were votes on the machine.

So the Democrats on the board, who knew each other, apparently rang up six votes, presumably for Democrats.

This time, there was a Republican poll watcher in the building. He reported what he saw, and four election workers faced criminal charges.

Al Schmidt, who co-chairs the Philadelphia City Commission which supervises elections, has been reporting cases of vote tampering to the district attorney's office, and they've taken them seriously.

Schmidt recalled nine or 10 such prosecutions in the past few years. So voter fraud does happen. But Schmidt said these cases haven't involved the kind of voter impersonation that would be remedied by a voter-ID law, and they typically involve a few votes, and often to influence a down-ballot race such as state representative or committeeperson.

I think Mr. Trump is going to win Pennsylvania. But if he doesn't, it will be because he didn't get enough votes.

"I have not seen any examples of really widespread, coordinated voter fraud," he said. Schmidt is a Republican, respected by members of both parties in Philadelphia.

Is it going to get crazy?

Whether there's widespread fraud or not, mass challenges in Democratic areas could create Election Day problems. But Joe DeFelice of the Philadelphia GOP says there is no plan to do so.

"No!" he said. "Look, anything that comes to Philadelphia is going to be run through me. I mean, look, if there's a valid reason to challenge a voter, then by all means, we'll do it. Is there an open plan to challenge? No, there's not."

State Republican Party chairman Rob Gleason agreed, saying there are no plans for indiscriminate voter challenges. He said he wants every qualified voter to be able to cast a ballot.

Asked about Trump's claims that if he doesn't win Pennsylvania, it's because there is cheating:

"No," he said after a pause. "That's not my view. I think Mr. Trump is going to win Pennsylvania. But if he doesn't, it will be because he didn't get enough votes."