Accessibility links
'I Never Set Out To Be An Actor,' Says 'Transparent' Star Gaby Hoffmann Hoffmann grew up in the Chelsea Hotel with her mother, an actress in Andy Warhol's Factory. Gaby appeared in Field of Dreams and other films as child, but says she saw acting as "a means to an end." 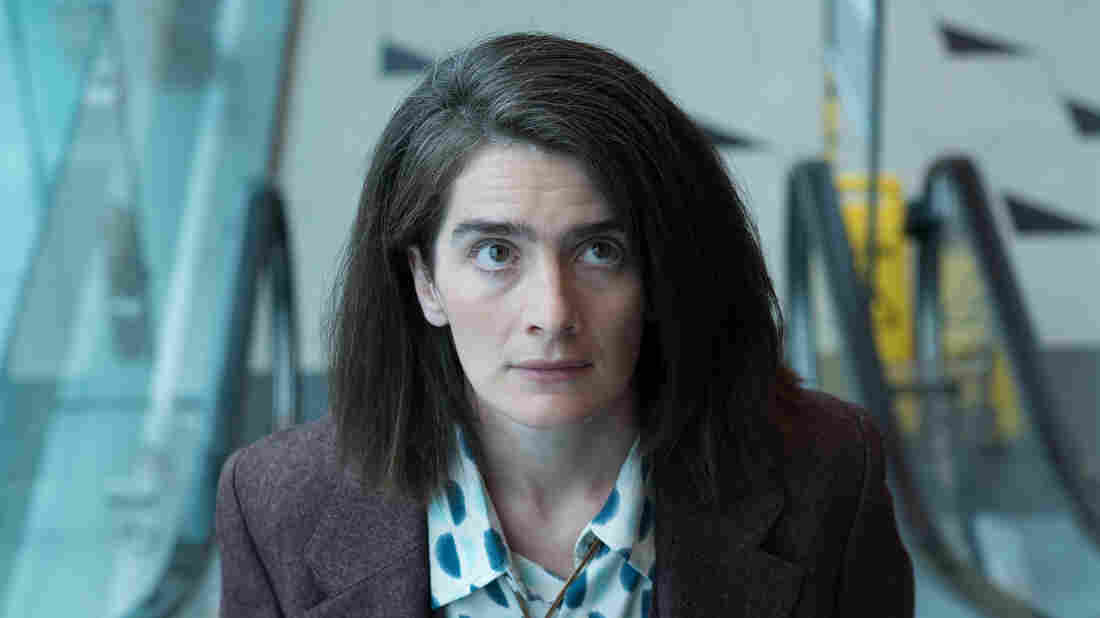 Gaby Hoffmann plays Ali on the Amazon series Transparent. She says her character was "lost in the woods of being lost" and is now working to become "more focused." Jennifer Clasen/Amazon hide caption 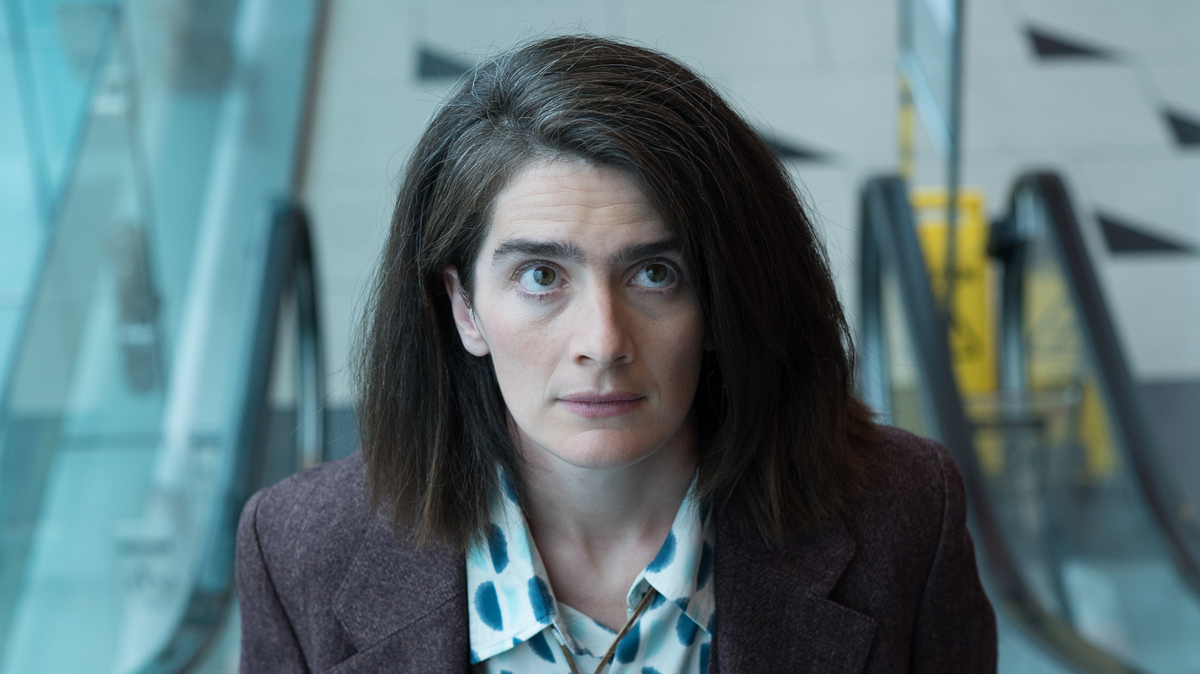 Gaby Hoffmann plays Ali on the Amazon series Transparent. She says her character was "lost in the woods of being lost" and is now working to become "more focused."

Actress Gaby Hoffmann is at home with non-traditional families — as a child in the 1980s, she lived in Manhattan's Chelsea Hotel with her mother, an actress in Andy Warhol's Factory.

"I grew up with artists and drag queens," Hoffmann tells Fresh Air's Terry Gross. "These were just my neighbors and friends and the people who are raising me."

After getting into acting as a child, Hoffmann took a break to go to Bard College. She didn't think think she would act again, but after exploring other careers, she changed her mind. She appeared on the FX show Louie and as Adam Sackler's troubled sister on HBO's Girls.

Hoffmann joins another unconventional family in the Emmy Award-winning Amazon series Transparent. She plays Ali Pfefferman, the youngest daughter of Maura Pfefferman (born Mortan) who, at 70, reveals to her family she is transgender. It's a role she loves.

"I am paid to dive deeper into my own humanity and do that with other people in collaboration ... so that in and of itself, I just feel like is the greatest privilege in the world," Hoffmann says.

On Ali, her character on Transparent

I feel like when we first met her, now three years ago, she was sort of at the tail-end of a long period of time of being very lost — and even lost in the woods of being lost. She didn't even know she was lost yet.

In the three years that we have known her, [she] started to attempt to become un-lost. She's still in the midst of that journey, but it's becoming more focused, I think.

On her mother, Viva

She was sort of out of the Warhol scene by the time I was born, but I did encounter a lot of that crowd. ...

My mother is a real character, yeah. I did think of her that way. There's no avoiding that perception of her. She's unabashedly herself and very outspoken in mostly wonderful ways, but her character-ness was very much a part of the culture of the Chelsea, and so very much central to my childhood and experience there.

I think most kids grow up thinking that their [parents] are gods and goddesses and the center of the universe and only as they get much older do they start to see them as human beings, flawed like the rest of us. Because we lived in this community and our lives were very public within that community and my mother was very much herself, that happened very quickly for me.

Stanley Bard, who owned the Chelsea and ran the Chelsea, would call myself, and my sister before me, into his office on the way to school at 6:00 or 7:00 [a.m.] and say, "You gotta talk to your mother for me! I can't take it anymore!"...

She didn't protect us from the everyday reality of our lives, nor did anybody else in the community. So I knew my mom was a character, and thank god she is, I mean, I couldn't feel more grateful to be raised by "a character."

On the boundaries her mother set when she was growing up

My mom could be pretty strict. Once I got to the age where I was taking off and drinking and doing god knows what and getting into dangerous situations potentially ... she was concerned about my safety. ... She didn't want me to be in a car with a bunch of a****** teenagers driving drunk — makes a lot of sense. ... I had a curfew!

She wasn't concerned so much about my behavior, being "appropriate," or not being exposed to things that may be unsavory. There were no boundaries around those things. But yeah, she was a very concerned parent otherwise, when it came to keeping me alive.

On living in the Chelsea Hotel as a kid

What was — I hate this word — but "normal" for me is what most people consider marginal and extraordinary in their childhoods. So I didn't think about these things as being anything other than what I encountered in my everyday life. ...

Growing up in the Chelsea, was — it's funny, because everybody thinks of it as this wild and probably inappropriate place to raise a child but it was actually, I imagine, the best place in all of the city to be coming of age as a kid, because it was almost like a little cul-du-sac.

It was a community in and of itself, it was like I lived in a little suburban neighborhood in the middle of New York City, because I could run around, barefoot or completely independently, from a very young age, in the safety of this building where I knew everybody and I had friends on every floor, and I knew the bellmen in the lobby, so there were other kids around and their apartments were extensions of mine, and the hallways were our playgrounds. I learned to rollerblade in the hallway and unicycle and I smoked my first pot. It was kind of an amazing place to grow up. ...

I watched a lot of television as a kid and the suburbs to me — that was exotic! Like, a mom and dad who lived in the same house and had jobs and cooked breakfast at the same time every morning and did laundry in a washing machine and dryer?

I watched a lot of television as a kid and the suburbs to me — that was exotic! Like, a mom and dad who lived in the same house and had jobs and cooked breakfast at the same time every morning and did laundry in a washing machine and dryer? That was like, "Woah! Who are they? How do you get to be like that?"

On her movie debut in Field of Dreams

I had a huge crush on two of them, including Ray Liotta, who I was convinced was also in love with me. We would play cards, we would play catch, I didn't think about what we were doing. You know what I mean? I didn't read the script and contemplate whether or not it was going to be a good film.

On retiring from acting at 17

I always was planning on giving it up. I never set out to be an actor. Again, my mother presented this job by job to me at the time, and if it sounded fun I would say yes and if it didn't I would say no. I always knew, since I was 7 or 8 years old, that it was a means to an end and that I wanted to go to college.

On pursuing acting again after college

I just had been so resistant to it and so begrudgingly maybe going on some auditions and then begrudgingly doing these jobs and hating it and saying no to all this other stuff, even though I had no money and no leverage. I just thought, I'm going to open up to this and I'm going to say yes and not just verbally, but with my body and with my soul and heart and see how that feels and if after a year it still doesn't feel good, I'm going to put it to bed and pursue another life.

The second I made that choice I got a role in a film that was kind of a good part and meaty and juicy and that led to a couple of other things, and things started to feel really interesting and I got really curious about it and I was really enjoying it and that was just a few years ago. ...

It's been a pretty extraordinary last few years and not to rely too much on the sort of magical nature of things, but I think that decision to "say yes," sometimes I say "turn toward" this thing, open up to it, it responded in kind. I've been given all these fantastic opportunities.