Accessibility links
For Fashion Designer Christian Siriano, No Size Is Out Of Style You could say Siriano is having a moment: He featured five plus-size models at a recent fashion show and dressed stars of all sizes for this year's Emmys. 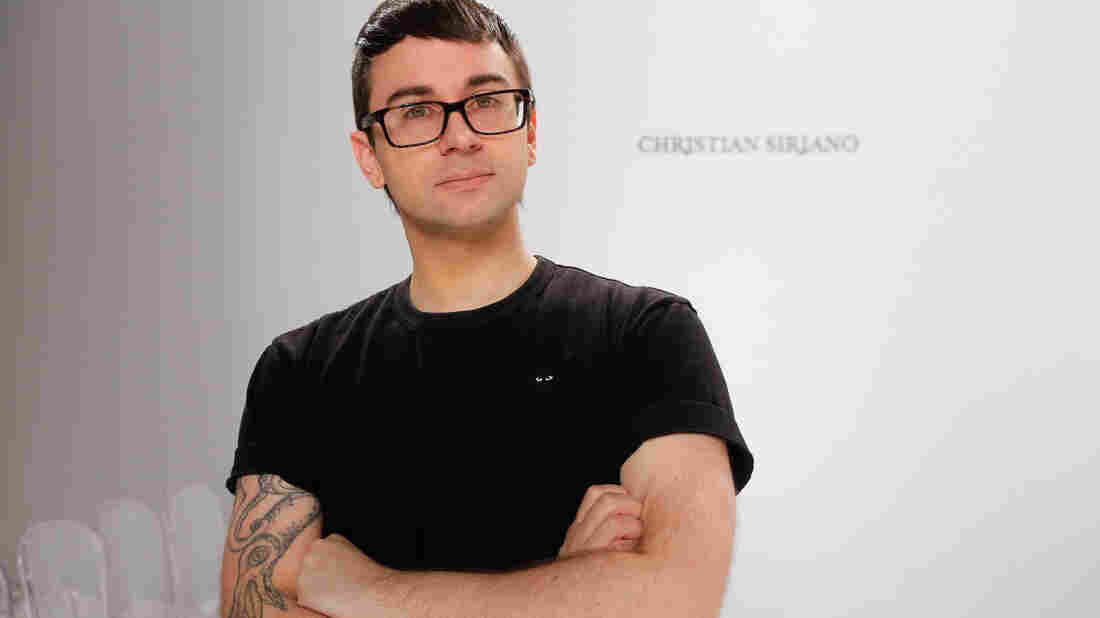 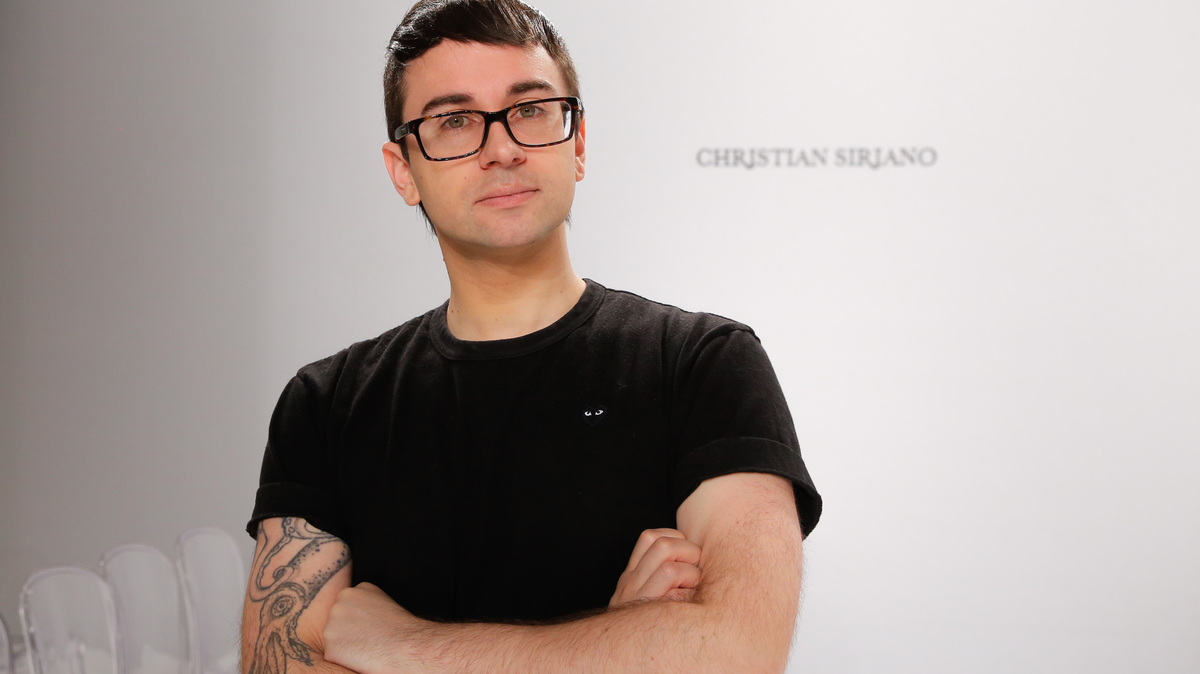 Christian Siriano, seen here in April, says, "Clothes and fashion should be fun and fabulous," not stressful.

Christian Siriano has been designing clothing since he was a teenager. He's 31 now, and for the past decade he and his company have been making clothing for women of all shapes and sizes.

You could say Siriano is having a moment: Michelle Obama wore one of his dresses to the Democratic National Convention in July, he featured five plus-size models at September's New York Fashion Week and he dressed nine of the stars on the red carpet for this year's Emmys. Off the red carpet, Siriano has a clothing line with Lane Bryant — a national chain for plus-size women — and he has designed shoes for Payless.

The designer tells NPR's Ari Shapiro that, high-end or discount, he has always been inclusive in his designs, and that inclusiveness goes back to the women in his family.

"I had my mom, who was super fashionable, but my mom was a size 16 growing up; and my sister was really into clothes but a size zero," he says. "So I had this really interesting world always around me."

After he launched his company, Siriano says: "We just had every size customer coming asking for things. So it just felt very normal from Day 1 in the company."

I think it's super important to figure out. You know, we have dresses that I actually think look better if you have more of a bust or more of a hip ... or whatever it is. That's why, in a collection, it should be as diverse as you can be. I think there should be options for a lot of different types of bodies and women.

Tim Gunn: The Fashion Industry Is Not Making It Work For Plus-Size Women

On why he decided to partner with Lane Bryant

I'm kind of throwing it in your face. ... I think what they're doing also is kind of like throwing it in your face and saying, "We should really celebrate all these different types of women." ... I also just think there's so much hate, there's so much craziness going on in this world that clothes and fashion should be fun and fabulous. Like, it shouldn't be a stressful, horrible, intense thing.

On when he first became interested in designing clothing

I think it had a lot to do with ... my sister, who was a ballet dancer. So I was backstage with my mom and we were like in costumes and hair and makeup. A performance was like a fashion show. ... I just loved that world and I didn't really know why I loved that world, but I knew I loved that fantasy idea. And then slowly ... I just became a fan of clothes and what women wore.

On what life was like right after he won Project Runway

Afterward, you're literally thrown into a marketplace with millions of fans that want to buy product, and they don't know how to buy product. You, like, have a brand instantly without having a brand. ... You have nothing. ... For me, I just was really good at pretending like I knew what I was doing. But, you know, I had no idea. My first retailer was Saks Fifth Avenue. I didn't even know how to ship a box to a retailer. Like, how do you pack it? How do you send it to make sure it gets on the floor? You figure it out as you go along.

On his No. 1 fashion tip

You find your silhouette and then you celebrate it. It's all about finding the silhouette you love, that makes you feel good, and then, you know, rocking it as much as you can.