Accessibility links
A Neglected Library Leads To Love In 'American Philosophy' John Kaag's new memoir-slash-philosophical treatise begins at a low point in his life, and follows his quest for answers to a dusty old library that proves to be a treasure trove of American thought.

A Neglected Library Leads To Love In 'American Philosophy'

A Neglected Library Leads To Love In 'American Philosophy' 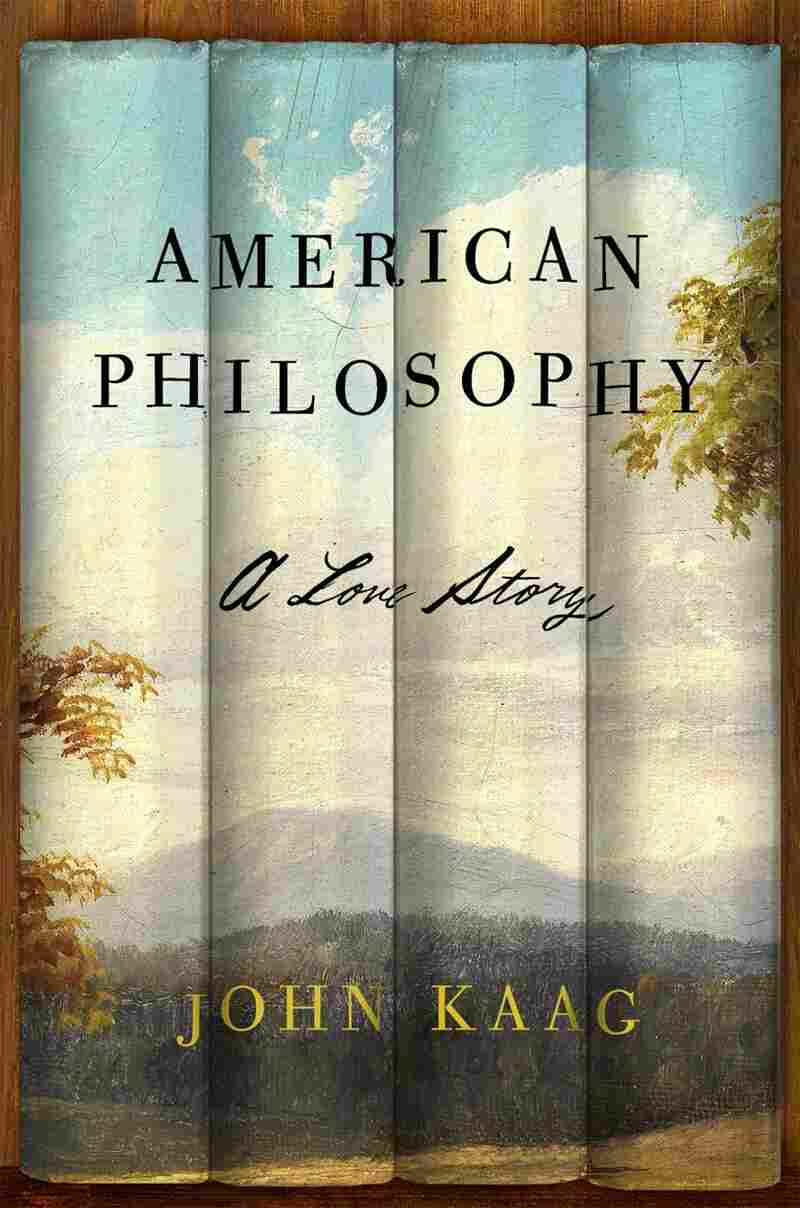 John Kaag hits the sweet spot between intellectual history and personal memoir in this transcendently wonderful love song to philosophy and its ability "to help individuals work through the trials of experience." Kaag, a young philosophy professor questioning the meaning of his life, finds answers — and a soul mate with whom to share them — in a neglected library hidden deep in the New Hampshire woods.

Kaag hit a low point in 2008 while doing postdoctoral research at Harvard into the origins of American philosophy. His difficult father died of esophageal cancer. His marriage, never robust, had become toxic. The central question William James posed in his 1895 Harvard lecture, "Is Life Worth Living?" taunted him; at 29, like James himself at that age, he felt "sick-souled."

Kaag's quest for answers landed him in the derelict library of William Ernest Hocking, who had studied at Harvard during the turn of the 20th century under the "Philosophical Four" — James, Josiah Royce, George Herbert Palmer, and George Santayana — before settling into his own 40 year career there.

West Wind, Hocking's 400 acre estate in New Hampshire's White Mountains, included two stone Georgian buildings, a mansion and a library. Over the years, the library had become a repository for the personal libraries of many of Hocking's mentors and colleagues, who preferred to preserve their collections as a unit rather than see them dispersed. First taken there by an elderly local man who invited him to ignore the NO TRESPASSING signs and "look around," Kaag stepped hesitantly through the unlocked doors, astounded by the arched windows, French doors, and book-lined walnut shelves — all showing evidence of rodents, termites, and other critters.

Kaag vividly conveys his heart-pounding excitement at finding precious volumes from the 17th, 18th and 19th centuries, including first editions of Descartes, Locke, and Kant. But it's the countless tomes bearing their original owners' marginalia that send him over the moon. Among these is Charles Sanders Peirce's personal copy of his first publication, the first volume of The Journal of Speculative Philosophy. Kaag had written his dissertation about Peirce, whom he calls "arguably the most original philosopher of the 19th century."

The Hocking library, which he estimates at 10,000 books, "turned out to be the largest time capsule I'd ever opened," Kaag writes. He quickly realizes that this is a place where a visitor can lose himself, "or at least the last vestiges of his self-importance. It was possible, surrounded by the moldy remains of great books and porcupine scat, to come to terms with the existential fragility that most of us, most of the time, try to ignore."

Over the course of three years, with the blessing of Hocking's granddaughters, Kaag catalogues the books. As he works through the stacks, readying them for appraisal and sale, he unpacks their views on free will, pragmatism, moral imperatives, and more. He also makes a fervent case for the relevance of classical, experiential American philosophy, which, grounded in a solid understanding of the traditions from which it sought to "twist free," attempted to mediate between thinkers who "focused on the trees and those who saw only the forest."

Each philosopher — including largely forgotten thinkers like Hocking and his wife Agnes, Ralph Cudworth, Jane Addams, and T. H. Huxley (grandfather of Aldous, and an ardent defender of Darwin) — earns a mini-biography before being carefully situated in the intellectiual pantheon.

Along the way, he shares insights, like this from Gabriel Marcel, one of the founders of modern existentialism: "Life is not a problem to be solved but a mystery to be experienced." Kaag also highlights American philosophy's concern with remaining "meaningfully awake to our lives," which requires a Thoreauvian "attentive optimism" — particularly challenging today.

About halfway into his project, Kaag brings along a colleague from the University of Massachusetts Lowell for a weekend of library work and hiking. Carol Hay is an analytic philosopher, the only feminist Kantian he's ever met. At the time, they were vying for tenure (which they've both since received). With her appearance, American Philosophy, subtitled "a love story," becomes a charming, enormously satisfying tale of twofold love — both intellectual and emotional.

As a philosophy major who, like Kaag, rues the turn toward impersonality and abstraction that analytic philosophy took in the second half of the 20th century, I may well represent his ideal audience. But let me be clear: Although less all-encompassing than Carlin Romano's dauntingly brilliant America the Philosophical, this is the most enthralling book of intellectual history I've read since David Edmonds' and John Eidinow's Wittgenstein's Poker, published in 2001. With its lucid, winning blend of autobiography, biography, and serious philosophical reflection, American Philosophy provides a magnificently accessible introduction to fundamental ideas about freedom and what makes life significant. It's an exhilarating read.