Accessibility links
Trump Seemed To Cite An Article From A Kremlin-funded News Source Donald Trump cited email from a Clinton adviser but misconstrued it in the same way that a Kremlin-funded website had. 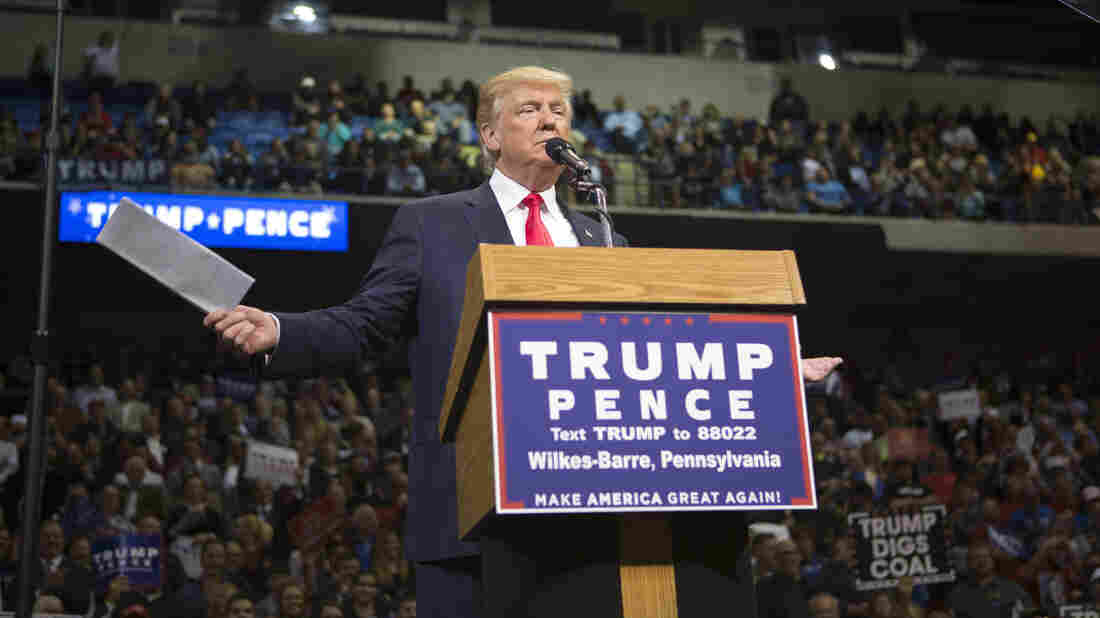 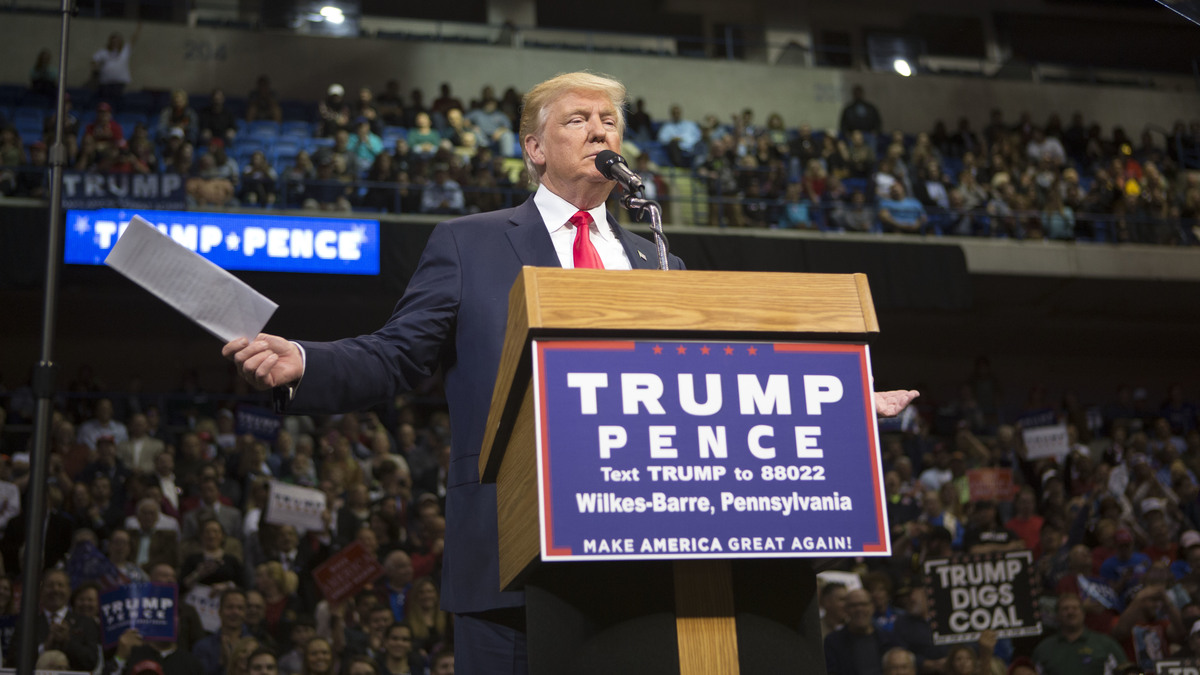 A riff by Donald Trump at a rally in Wilkes-Barre, Pa., on Monday night about Hillary Clinton's culpability in the deaths of the U.S. ambassador and three other Americans in Benghazi, Libya, is raising questions about where exactly Trump got his information and how.

During his speech, Trump held up a piece of paper. "This just came out a little while ago. I have to tell you this," Trump said as he read from the page, which he identified as an email from Clinton confidant Sidney Blumenthal.

"The attack was almost certainly preventable," Trump read. He continued, "Clinton was in charge of the State Department ... if the GOP wants to raise that as a talking point against her, it is legitimate."

Trump said, "In other words he [Blumenthal] is admitting that they could have done something about Benghazi. This just came out, a little while ago."

Trump folded the page and let it fall to the floor, and his audience booed.

So was this indeed a private admission by a Clinton ally that she was responsible for the deaths of the four Americans?

For Newsweek reporter Kurt Eichenwald, the words Trump read sounded familiar. It turns out they were taken from an article he wrote, which Blumenthal had included in an email. So they were not Blumenthal's words, but Eichenwald's.

The misconstrued "email" that Trump was reading had appeared in an article on a Russia-funded website called Sputnik, which has since taken it down.

You can see the original in a screen grab from The Washington Post.

It's unclear how Trump obtained the same misinformation that appeared in Sputnik. Eichenwald asks: "Who in the Trump campaign was feeding him falsehoods straight from the Kremlin?"

But there are other, less sinister possibilities, including that someone on Trump's staff, or Trump himself, found the Sputnik story on the Internet and thought it too good not to use (or to check).

The Obama administration stated last week it is confident that Russia is behind the hacking, which it asserts is "intended to interfere with the U.S. election process."