Accessibility links
Donald Trump's Presidential Debate Comment On Muslims Inspires #MuslimsReportStuff The GOP nominee reacted to a questioner who said she's Muslim by saying Muslims have to "come in and report when they see something going on." Muslims on The Internet responded with comedy. 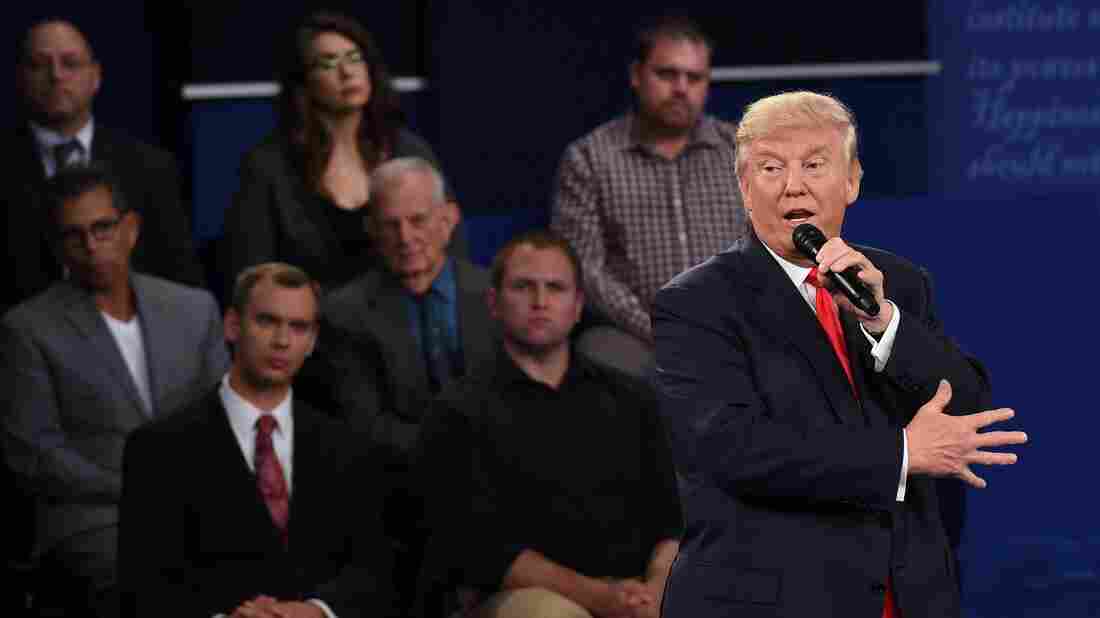 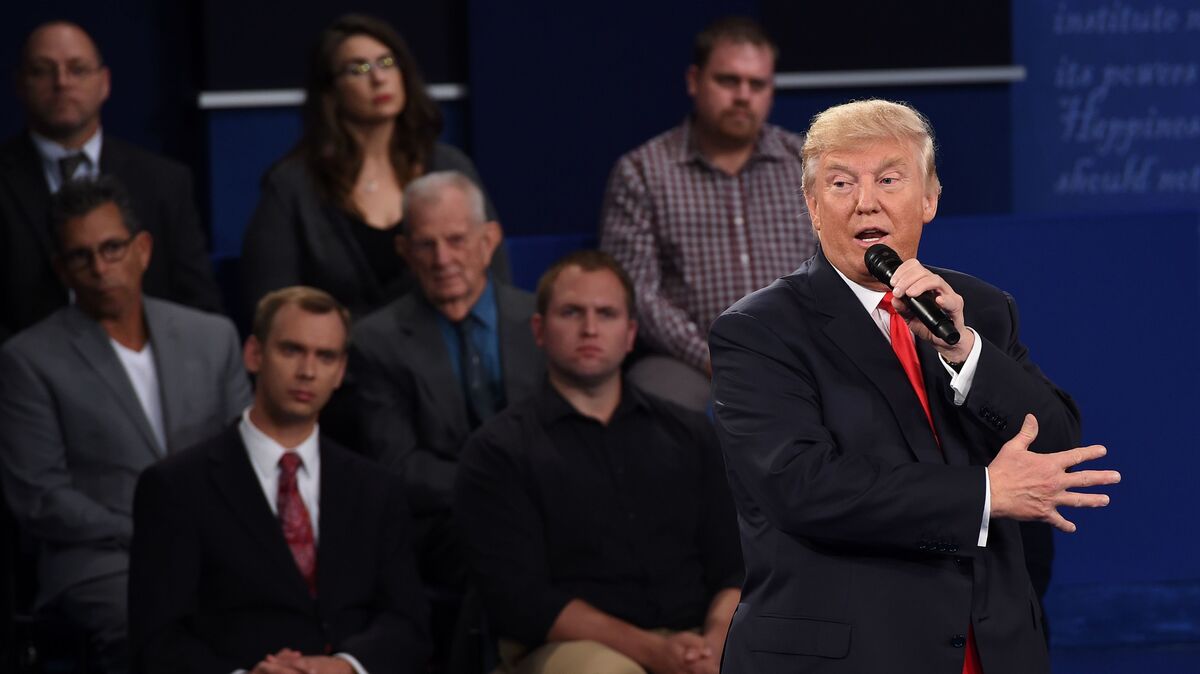 Donald Trump's response to a question about Islamophobia inspired #MuslimsReportStuff.

Trump's response: "We have to be sure that Muslims come in and report when they see something going on."

One Tweet Unleashes A Torrent Of Stories Of Sexual Assault

Many have taken up the challenge on Twitter, and #MuslimsReportStuff quickly went viral. Responses have ranged from sarcastic to serious to funny. One of the first and perhaps most widely shared Tweets came from Brooklyn College professor Moustafa Bayoumi:

I'm a Muslim, and I would like to report a crazy man threatening a woman on a stage in Missouri. #debate

There are many others. Some are self-reporting:

Some are being used to settle sibling rivalries:

My brother leaves his wet towel on the floor everyday. FBI pls deal with this #MuslimsReportStuff

I think my sister drank orange juice straight out of the carton, will continue to investigate #MuslimsReportStuff

The lines at Costco are too damn long. But the samples are 😍. #MuslimsReportStuff

#muslimsreportstuff My mother uses store-bought filo pastry for her samoosas every single year.

#MuslimsReportStuff Gremlins 2 is the rare sequel that completely deconstructs the franchise. For my money, it's better than the first.

I want to report that these Clarks shoes are on sale. Amazing. #muslimsreportstuff pic.twitter.com/U5ZMJChakg

This one, though, is our favorite:

Off to tape an interview with @nprmontagne. I REPORT stuff. All Day. Every Day. #nprjournalist #MuslimsReportStuff