Accessibility links
Hillary Clinton's New Child Tax Credits Would Help Low-Income Parents, Cost $200 Billion The Democrat wants to double the credit for parents of children 4 and under. It would be paid for by a tax on Wall Street, the wealthy, corporations. Trump's tax plan would most benefit the wealthy. 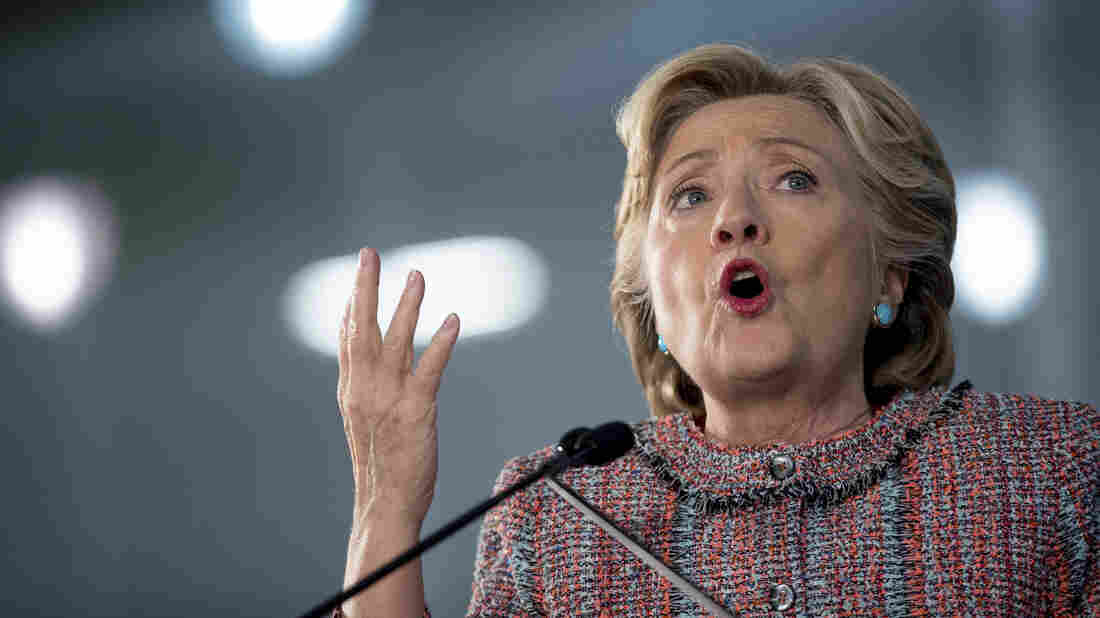 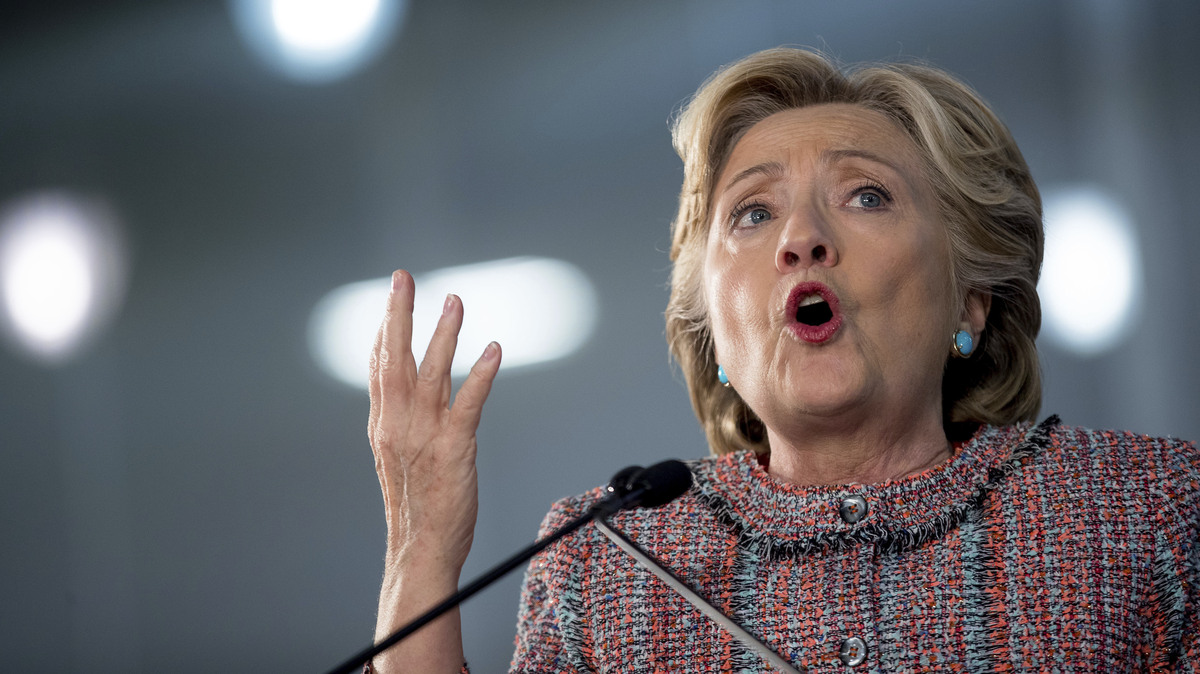 Hillary Clinton speaks at a rally at Miami-Dade College in Miami.

Hillary Clinton on Tuesday rolled out a new tax break that, if enacted, would put more money into the pockets of working parents with very young children.

The Democratic presidential candidate said she would push for a doubling of the current $1,000 tax credit for children ages 4 and under. An estimated 15 million children would be eligible.

The new help would come in the form of a tax credit, which cuts the amount of federal taxes owed dollar for dollar. Translation: If you owe $3,000 in income taxes, but you have a new baby, your tax bill would fall to just $1,000.

'We Are Better Than That': Clinton Sees An Opening In Voters Turned Off By Trump

Even people who earn too little to owe income taxes would get cash back from the U.S. Treasury. "It's just like the tax refund check that everyone else gets; it's dollars in your pocket," said Roberton Williams, a senior fellow at nonpartisan Urban-Brookings Tax Policy Center.

"It rewards work," because it starts to kick in with the first dollar earned on the job and keeps rising to the full $2,000 credit. "It helps very low income families," Williams said.

Under current law, families with children 16 and under are eligible for a tax credit of $1,000 per child. The credit phases out when income exceeds $75,000 for single filers or $110,000 for married couples filing jointly.

Clinton's proposal is very different from Republican candidate Donald Trump's child care plan, which would provide most of its benefits as a tax deduction. In other words, such a benefit is worth more to wealthier taxpayers in higher tax brackets with youngsters in child care.

Clinton's plan might be able to pick up some bipartisan support. For example, Florida Sen. Marco Rubio called for a child tax credit of up to $2,500 during his effort to become the Republican presidential nominee.

What would it cost and how would it be paid for?

The child-credit-expansion cost is estimated at $150 billion to $200 billion, spread over a decade. To offset that and other proposed middle-class tax breaks, Clinton would push for new taxes on Wall Street, the wealthy and corporations.

The Tax Policy Center, which has been studying Clinton's plans, on Tuesday released an updated report, which includes the new child tax credit. It reached this conclusion:

"Her proposals would increase revenue by $1.4 trillion over the next decade. Nearly all of the tax increases would fall on the highest-income 1 percent; on average, low- and middle-income households would see small increases in after-tax income. Marginal tax rates would increase for high-income filers, reducing incentives to work, save, and invest, and the tax code would become more complex."

The policy group said Trump's plans focus on tax cuts at all levels, but "the largest benefits, in dollar and percentage terms, would go to the highest-income households."

Julie Wood, speaking for the Hillary For America campaign, said Clinton "has been committed for a long time" to expanding the child tax credit. Details were released now, because "we wanted to put the numbers to it so that people can score it" when they are calculating the impact on both family and federal budgets, she said.