Accessibility links
'Ghostland' Tours The Haunted States Of America Why are so many ghosts unmarried women? And why doesn't Richmond, Va., have ghost stories about slavery? Writer Colin Dickey explores all that and more in a new book called Ghostland. 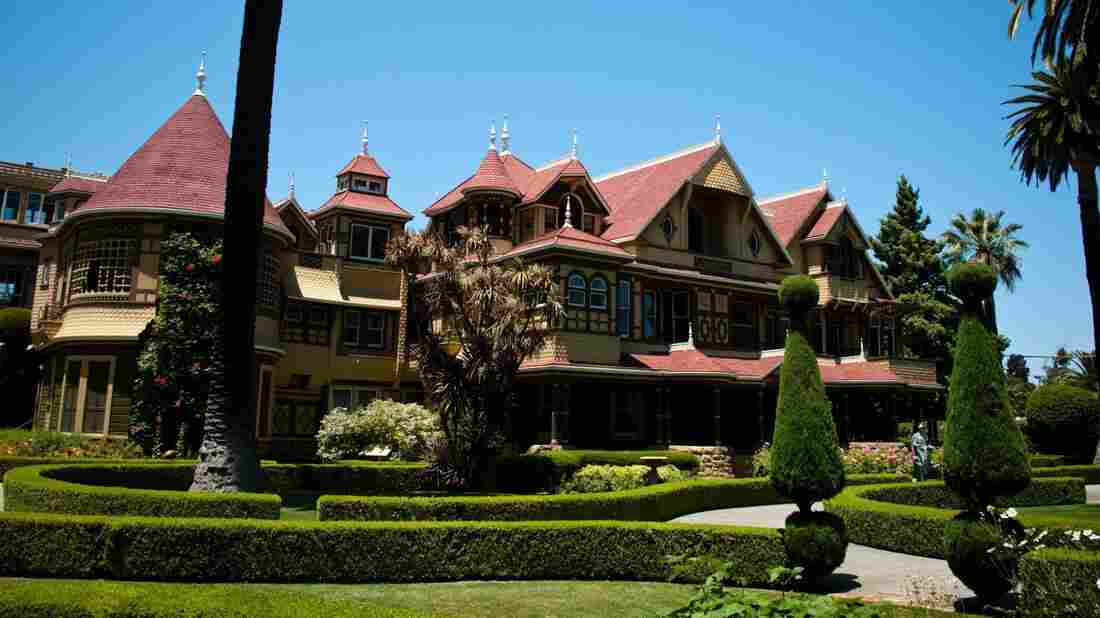 After losing her family, Sarah Winchester became convinced that ghosts were haunting her; so she built an enormous, maze-like mansion — now known as the Winchester Mystery House — to ward them off. (At least that's how the story goes.) HarshLight/Flickr hide caption 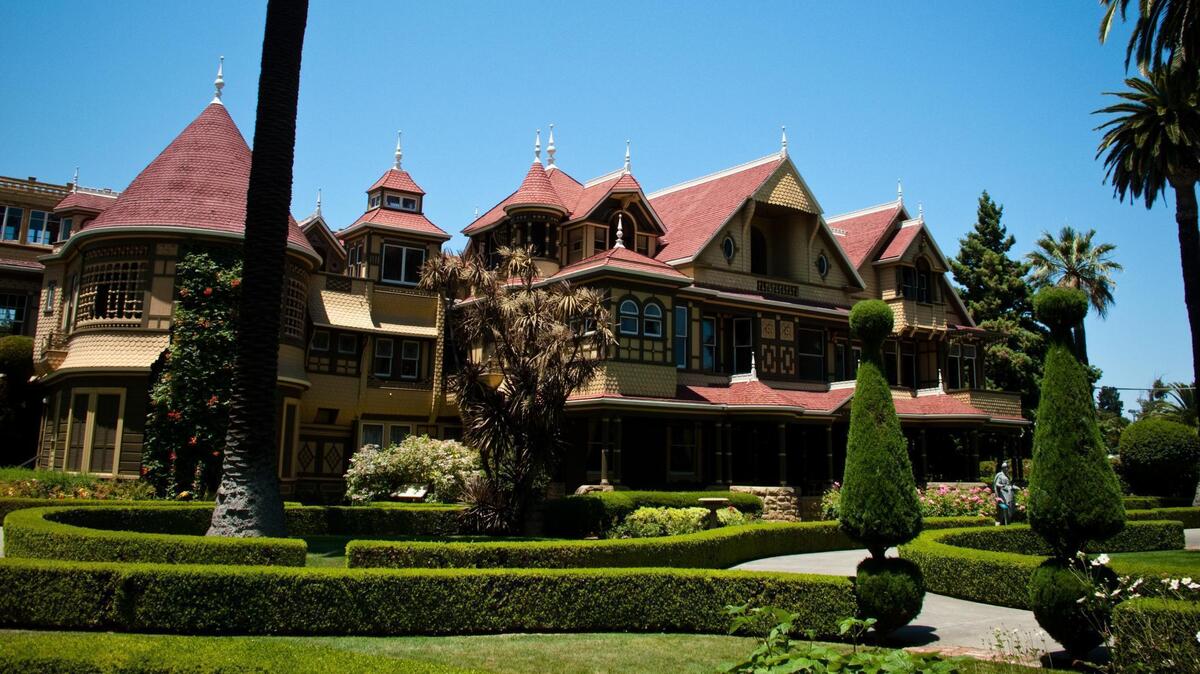 After losing her family, Sarah Winchester became convinced that ghosts were haunting her; so she built an enormous, maze-like mansion — now known as the Winchester Mystery House — to ward them off. (At least that's how the story goes.)

If you really want to understand a place, writer Colin Dickey has some advice: "Ignore the boastful monuments and landmarks, and go straight to the haunted houses. Look for the darkened graveyards, the derelict hotels, the emptied and decaying old hospitals."

Dickey has spent a lot of time traveling the country searching for places that go bump in the night. The result is a new book called Ghostland: An American History in Haunted Places.

The Creepiest Ghost And Monster Stories From Around The World

He tells NPR's Audie Cornish that a lot of the places he visited had one thing in common — strange construction: "There's the Winchester [Mystery] House, of course, which is this maze-like structure that goes on forever. There is the House of [the] Seven Gables in Salem, Mass., which has this creepy hidden staircase that winds up around the chimney, and it's not entirely clear where that staircase came from or what its purpose was. And so a lot of these places I think get haunted — or become known as haunted — because of the way in which they literally feel strange to us as we walk through them. ... And you look around for a way to describe it and you end up talking about ghosts."

I grew up near the Winchester Mystery House in San Jose, Calif., and I think from when I was a young kid I was really fascinated by this story that some of your listeners may know. That Sarah Winchester, the daughter-in-law of the man who founded the Winchester rifle company — the story was that she had lost her husband and her infant daughter ... and became convinced that she was being haunted by the ghosts of anyone who had ever been killed by a Winchester rifle, and built this insanely large labyrinth-like 160 room Victorian mansion to ward off these spirits.

And when I dug into the story, first of all, that legend is not, as it turns out, entirely accurate. But what I found more fascinating was the idea that here was a woman who was both a woman of means and a widow who had decided for whatever reason never to remarry. And in many ways I think the ghost stories that grew up around Sarah Winchester had as much to do with our fascination/apprehension towards women who choose not to remarry, choose not to have children again. ... You see it in New York in the Merchant's House Museum with another old spinster lady. And, you know, it draws a lot from the Charles Dickens' Miss Havisham character [in Great Expectations] — this woman who's sort of trapped, frozen in time.

On the glaring omission in ghost stories about Richmond, Va.

Richmond came up as having a particularly haunted downtown. It's an area called Shockoe Bottom, which is the sort of depression in the city that was used for a lot of unloading of ships in the 19th century. And Shockoe Bottom is often labeled to be one of the most haunted places, but when I looked into the kinds of stories that get told there, something jumped out at me right away, and that is nearly all the stories of ghosts in Shockoe Bottom are white ghosts. They are, you know, Confederate soldiers and ... women who worked in brothels and, you know, miners who were trapped in landfills and disasters. 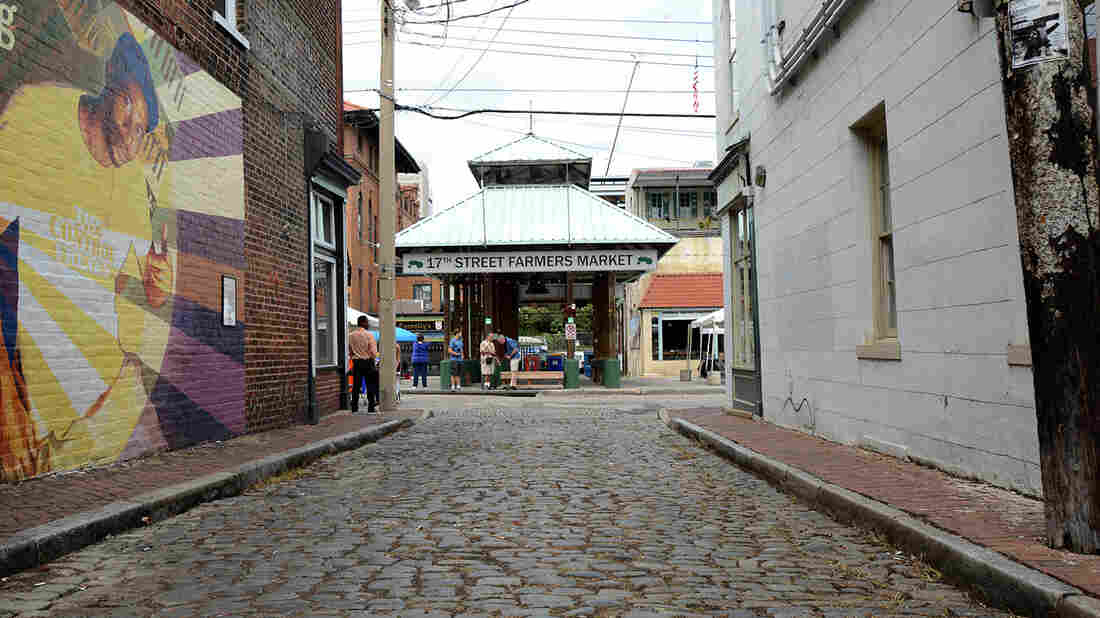 There seem to be ghosts everywhere in Richmond's Shockoe Bottom neighborhood (if you believe the stories). But the city's countless hauntings rarely acknowledge Richmond's history with slavery. Pat (Clench) Williams/Flickr hide caption 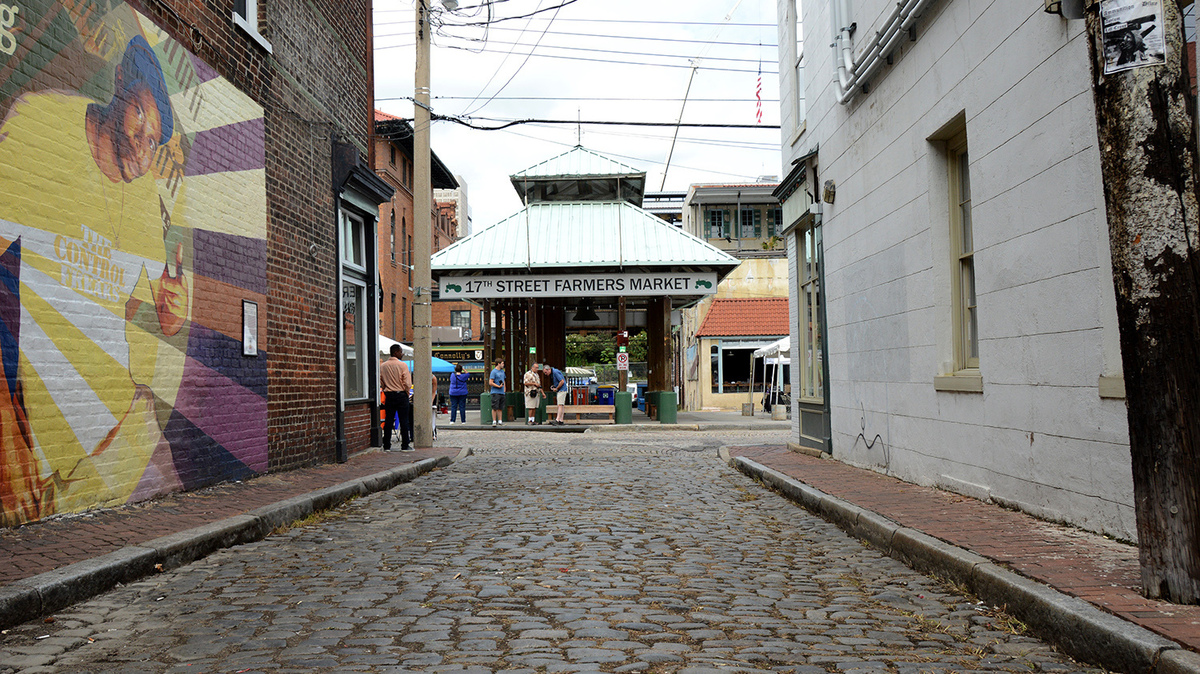 There seem to be ghosts everywhere in Richmond's Shockoe Bottom neighborhood (if you believe the stories). But the city's countless hauntings rarely acknowledge Richmond's history with slavery.

But Shockoe Bottom has this other history, which is, outside of New Orleans, it was the most heavily populated slave trading market. And it was fascinating to see the way that when Richmond sort of tells the stories about all of the tragedies that have taken place in Shockoe Bottom — at least as far as the ghost stories go — they seem to leave kind of the most glaring example out. And there's really not a lot of ghost stories about the slave trading markets that enter into the folklore of Richmond despite the fact that untold cruelties happened there. ... It's not that it's like some deep, dark secret. I mean, obviously, there's great historical work being done, there's great archaeological work that's being done. ... There are monuments and there's a trail you can walk.

But what seemed to me really fascinating is that I went into this book thinking that ghost stories would express the kind of unspeakable things we might not otherwise say, and Richmond has sort of turned out to be the opposite — that the ghost stories in Richmond kind of construct a more genteel vision of the past where terrible things happened but they were often accidents and, you know, things that didn't reflect, say, poorly on the history of the city as a whole. 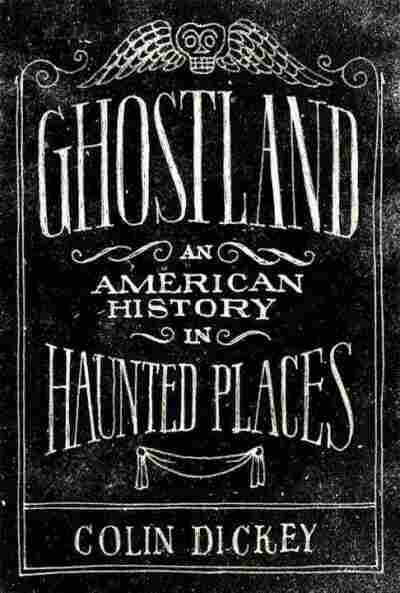 An American History in Haunted Places

Particularly as a child of the '80s, I really grew up with that narrative almost to the level of a cliché in things like horror movies like The Amityville Horror and Pet Sematary. ... But what I found when I actually started doing the work is that this is actually — the sort of stereotypical version — is pretty recent and it doesn't start really until the late '70s and the early '80s. And it happens around the same time that there is a fairly large court case involving the Passamaquoddy Indians in Maine. And they're suing the federal government for large tracts of land in Maine and New England.

And so this idea of the [American] Indian burial ground, this idea that the house that you bought that you think you own that you have a property deed to is actually not entirely yours — that there might be somebody with an earlier, older claim to the land who might be now haunting your idyllic suburban home — that has a certain kind of truth in the sense that there were actual legal court cases when these stories first got popular that involved, you know, white Americans who had bought property that now were potentially going to be turned over to Native American tribes who had earlier valid legal claims to them.

On how a ghost story can evolve

So there's a story of a woman who appears being dragged down the middle of the main street in Leeds, N.Y., by a horse. She's sort of tied to a horse being dragged down. And this story has evolved over the years to sort of suit different purposes. It was retold by an abolitionist in the mid-19th century where the woman in question was a slave and the story was slanted so that — you know, obviously it was to show the horrors of slavery — that her master had punished her in this awful way. And then it later showed up about 40 years later by somebody who was far more interested in class warfare, and she had gone from being a slave to being a European immigrant who was sort of working poor and who was being beaten by her master. And so the story seems to sort of evolve through the years depending on what kind of morality tale the teller wants to tell.

On the craziest story heard while researching the book

One of my favorite stories was about a town in Bedford, N.Y. I was told that if you go to the center of town, there's this great old oak tree. And if you, on Halloween, walk backwards around the tree three times with a dead cat on your shoulder, ghosts will appear. ... And it begs the question: who was the first person who figured that out?