Accessibility links
This Election Might Actually Put Utah, Solidly Republican For 48 Years, In Play The leaked tape of Donald Trump may have been the last straw for voters in this heavily Mormon state. But their support isn't necessarily going straight to Hillary Clinton. 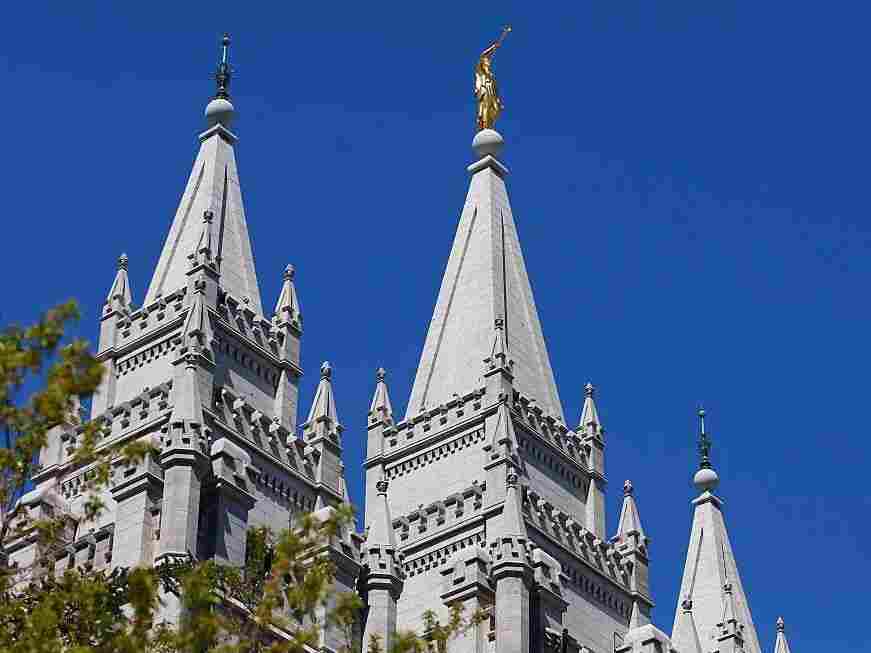 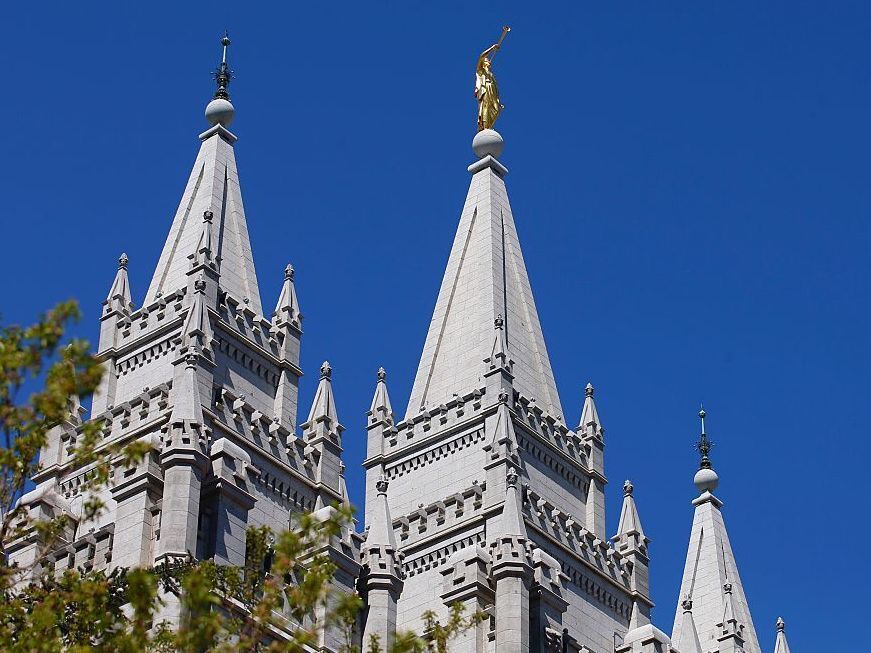 The spires of the historic Salt Lake Temple in downtown Salt Lake City.

Utah has been solidly Republican at the presidential level for the past 48 years. But the leaked tape of Donald Trump bragging about groping and kissing women without their consent may have been the last straw for socially conservative voters in this heavily Mormon state.

Soon after the tape surfaced, several prominent Republicans in the state revoked their support for the GOP presidential nominee.

Gov. Gary Herbert did so on Twitter within a few hours.

Donald Trump's statements are beyond offensive & despicable. While I cannot vote for Hillary Clinton, I will not vote for Trump. #utpol

Not long after, former Gov. Jon Huntsman Jr. and Sen. Mike Lee (who had never endorsed Trump) called on Trump to exit the race. Still, many Republican voters in Utah are torn about what to do.

Trump has never had especially deep support in Utah, where Texas Sen. Ted Cruz overwhelmingly won the the state's caucus in March. Citing its own history of religious persecution, the Mormon church has opposed Trump's proposals to prevent Muslims from entering the country. Former GOP presidential nominee Mitt Romney, a Mormon with deep ties and support in Utah, has been one of Trump's staunchest Republican critics. Earlier this year, Romney gave a speech in Salt Lake City where he called Trump a "con artist."

Now, Trump's support in Utah could be collapsing, according to a poll conducted after the Trump tape was released. It shows both Trump and Democrat Clinton drawing just 26 percent support.

"A lot of Mormon voters view Donald Trump unfavorably given all of the previous information that they had, and this just proved to be a tipping point where they finally said, I can no longer vote for this man," said Quin Monson, a political scientist and founding partner of Y2 Analytics, the firm that conducted the poll.

Clinton's campaign has sought to capitalize on Mormon distrust of Trump by opening a field office in the state and recently releasing a video aimed at potential Mormon supporters.

"I think what happens now is that the race in Utah becomes quite fluid, where Hillary Clinton will gain a little bit of steam, but the support is not going to flee Trump to Hillary Clinton necessarily," said Monson.

Third-party candidate Evan McMullin, a Mormon, had the support of 22 percent of likely voters in the state in the same poll. Fifty-nine percent of those surveyed identified as Mormon and half of those voters now say they will not support Trump.

The Deseret News, a newspaper owned by The Church of Jesus Christ of Latter-day Saints, hasn't weighed in on a presidential race since 1936, but on Saturday, it published an editorial calling for Trump to drop out.

What happens now is that the race in Utah becomes quite fluid, where Hillary Clinton will gain a little bit of steam, but the support is not going to flee Trump to Hillary Clinton necessarily.

"What we saw in Mr. Trump's very casual way of just discarding other human beings, just had us deeply concerned that this is a pattern of objectifying not just women but all people for his purposes," said Paul Edwards, the paper's editor and publisher.

Edwards says he and members of the editorial board felt it was appropriate to stand up for the values of faith and family that the paper espouses.

"It's fair to say that this is actually quite consistent with the same kind of bold stance that we took being the first paper that we know of in the country to call for the resignation of Bill Clinton back in 1998 when there were substantiated allegations about serious moral misconduct within the White House," said Edwards.

Abandoning Trump has been difficult for lifelong Republicans such as Aimee Winder Newton, who holds a seat on the Salt Lake County Council.

"I'm willing to look at giving my vote to this man and I want to see what happens," said Newton of how she felt during the convention.

But as she has watched Trump campaign, it became harder and harder to support him, and the leaked video made it impossible.

"My faith is very important to me in how I operate on a day-to-day basis. We're told that the first commandment is to love God, but the second is to love our fellow men," said Newton. "And I think that's something I've really grappled with in looking at our presidential nominees because I feel like how we treat other people is so important."

Newton says she felt a burden lifted from her when she decided not to vote for Trump. She knows that Clinton may win the White House and has accepted that possibility. Now, Newton says she has a rare opportunity to choose a third-party candidate and actually vote her conscience.