Accessibility links
Christian Man In North Carolina Struggles To Choose A Presidential Candidate Dan Meyer has a strong faith and believes the country must return to biblical principles. For him, the 2016 election presents "a tough, tough choice." 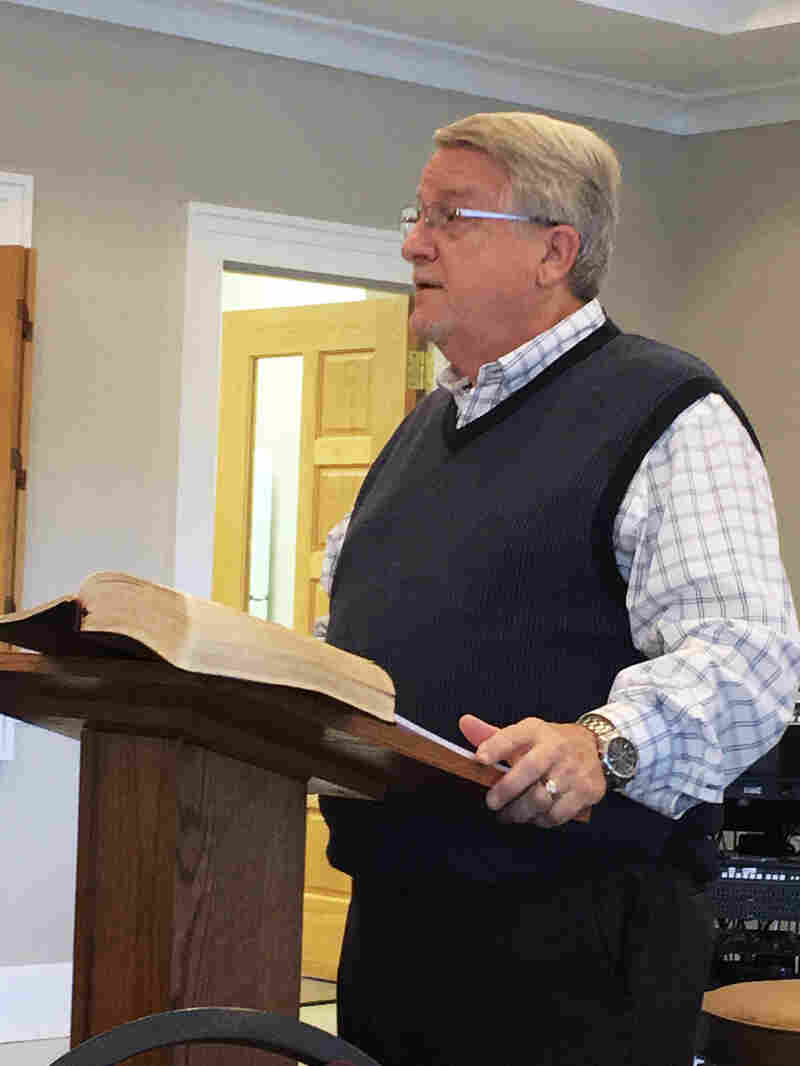 Dan Meyer stands in front of the Mount Vernon Baptist Church in Boone, N.C., this past Sunday. Courtesy of Dan Meyer hide caption 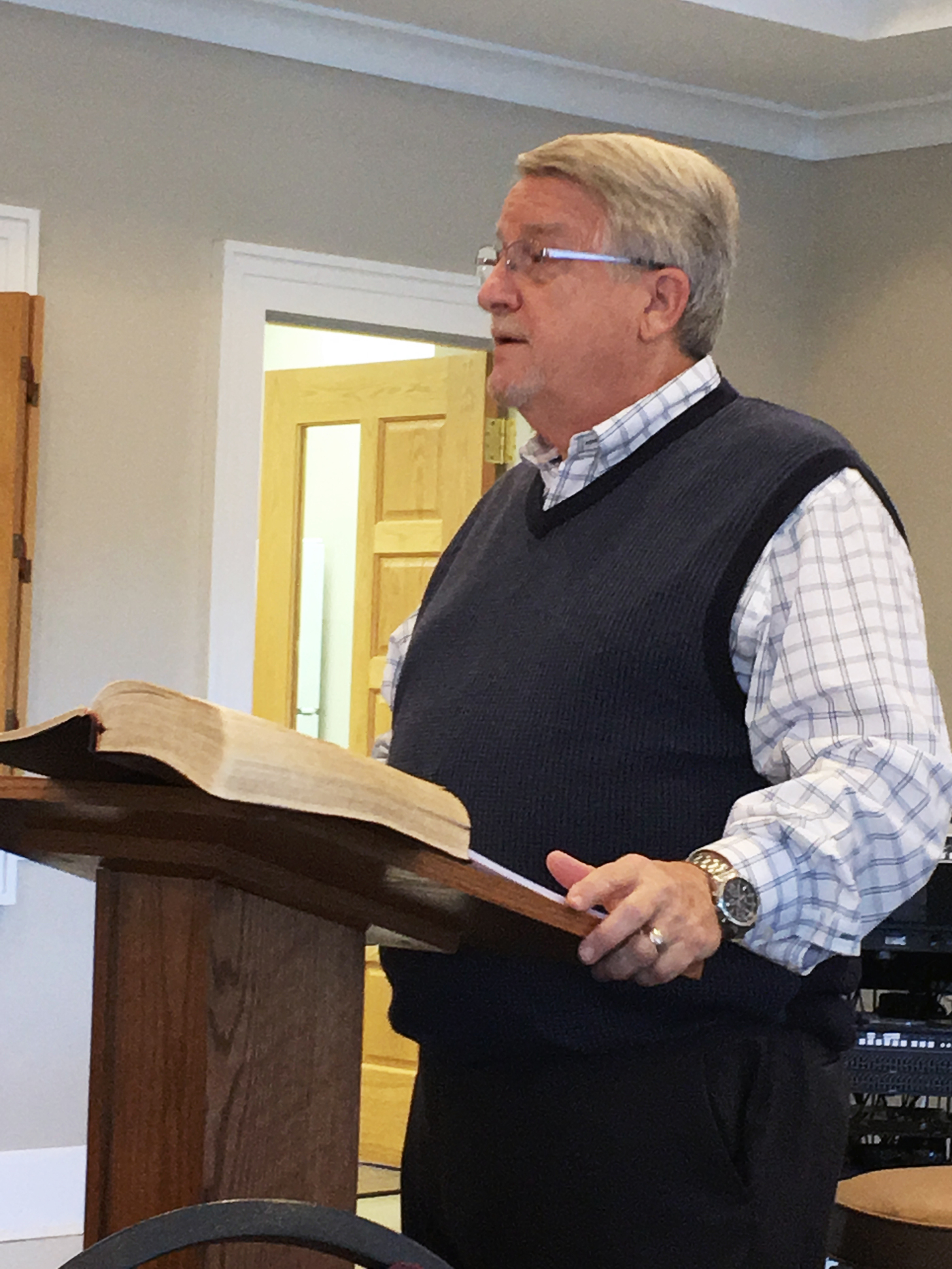 Dan Meyer stands in front of the Mount Vernon Baptist Church in Boone, N.C., this past Sunday.

Freedom of religion is enshrined in the U.S. Constitution, but to Dan Meyer, a North Carolina businessman, that does not mean the Founding Fathers were not inspired by God.

"Many documents demonstrate that they really received divine guidance in putting together that constitution," he says. "It's not the Bible. It is a man-made document. But most of the writers of that document acknowledged that God gave them guidance and wisdom in putting that document together."

Meyer, 70, recently retired as president of the Chamber of Commerce in the North Carolina mountain town of Boone. Previously he worked as a marriage counselor and ran a retirement home. But he sees the world, and his country, primarily through the lens of his Christian faith. America, he thinks, has abandoned the principles on which it was based, including a deference to God.

"The separation of church and state has totally been misconstrued and misused to malign Christianity and to separate the Christian foundations of our country out of our education system, out of so many things," he told NPR in a recent interview. "I think we need to get back to those basics."

Black Evangelical Amisho Baraka: Why I'm Not Voting For Trump Or Clinton

For most of Meyer's adult life, he has led Bible-study groups. His current class at Mount Vernon Baptist Church in Boone has about 30 students, most of them older than 50, and the state of the nation is often the subject of his lectures.

"We're in desperate straits right now," he told his class on a recent Sunday morning. "We have strayed from the Founding Fathers. We have banned the Word in public places. But guess what? We have allowed the leadership to become what it is, and we have a responsibility to do what we can to turn people back to the Word, to turn people back to biblical principles."

The 2016 election, in Meyer's view, presents "a tough, tough choice." He intends to vote but sees "morality issues" with both Hillary Clinton and Donald Trump. His concerns about Trump were heightened after the release of a 2005 videotape in which Trump boasted of being able to grope women sexually.

"I'm struggling," he said. "It will come down to choosing the lesser of evils."

Paramount for him, he says, is preserving the freedom for him, his children and his grandchildren to express and practice their Christian faith in the United States without government interference. Toward that end, he wants the next president to appoint more conservative justices to the Supreme Court, something Trump has promised to do.

In his Bible-study group, Meyer stops short of discussing presidential politics, but he drops hints. "You know," he told his students in his recent class, "the Old Testament is full of situations where God used even evil men to accomplish his will."

In his own life, however, Meyer is determined to be good. Last month, he spent a week helping flood victims in Louisiana. "The Bible teaches us to care for our neighbors," saying that he sees that same duty flowing from his U.S. citizenship.

"Being an American is an undeserved blessing, privilege, and responsibility," he said. "I feel an obligation to use any advantage that is incumbent with citizenship to invest in the well-being of others materially, socially and spiritually. To whom much is given, much is required."