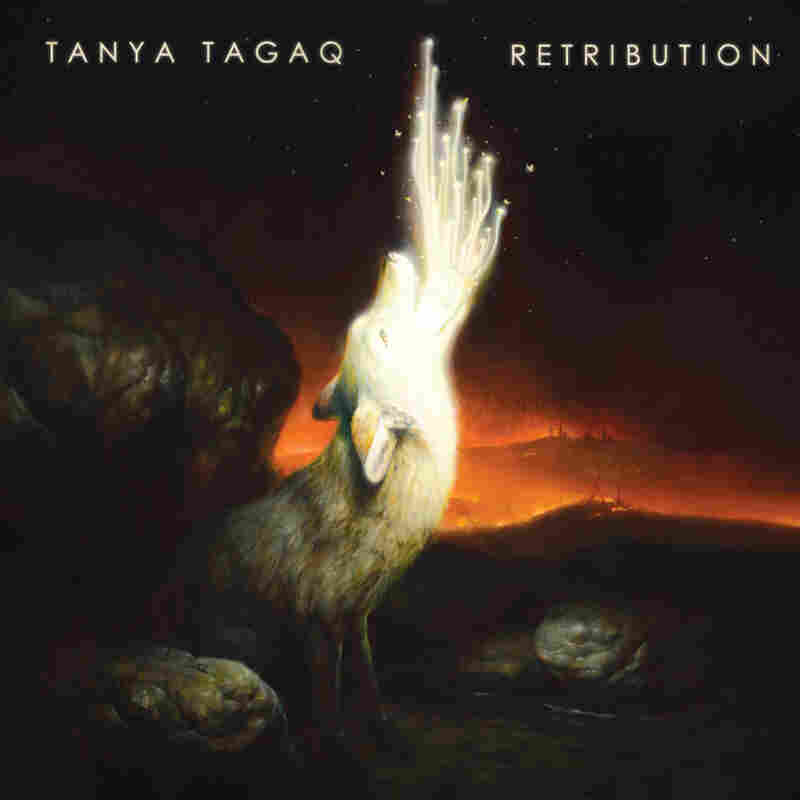 I recommend two ways of listening to Tanya Tagaq's latest record, Retribution. One is with eyes closed, given over wholly to the experience of a dense, immersive collection of sounds unlike any sounds on any other albums in your collection. The other is with eyes open, standing in front of a mirror, with one hand on your throat. The former is to better appreciate this record as a shockingly inventive achievement in music production. The latter is to better appreciate the marvel of the human body.

Tagaq is an Inuk throat singer, whose career has exploded both the global profile of the craft and the boundaries of the practice itself. Traditionally, throat singing (or katajjaq) is a breathing game played by two women standing inches apart, trying to make each other laugh. Tagaq has trained herself to perform alone, maintaining the constant sound usually provided by two cyclical voices because she has learned, staggeringly, to sing with equal force when she inhales and exhales. And she's not playing a game. Tagaq's music is inseparable from her activism, both drawing attention to the still-unsolved murders and disappearances of thousands of indigenous women, the pillaging of the earth and the decimation of Inuit culture. "If my singing is a platform to help these issues being raised," she has said, "then I will do it with love, with laughter and with fists."

She'll also do it with a range of performed emotion far beyond what is often allotted to female musicians. The songs on Retribution encompass terror, rage, ecstasy, adoration and bone-leeching sadness, and they do so with a seemingly uninterrupted line of communication to their source. Featured performances by the rapper Shad and Toronto's Element Choir give further dimension to Tagaq's work, carving space for throat singing in modern musical contexts and giving it not only equal weight, but precedence.

That marriage of pop culture and deeply-vested tradition is a theme in Tagaq's work, and one deployed with gobsmacking reverberations on Retribution. Her last record, the Polaris-winning Animism, featured a cover of the Pixies' "Caribou," because Tagaq wanted it to be sung by a person who hunts and eats caribou. The new record makes even starker the difference between songwriter and cover artist: It ends with a cover of Nirvana's "Rape Me." Tagaq's version is sung in a downy-soft voice confined to the singer's higher register and a contemporary melody. Put bluntly, it sounds nothing like her, and the subject matter seems sharply at odds with her work around the abuse of indigenous women. But Tagaq knows her listeners won't be fooled. She presents a soft voice and vulnerable lyrics here, at the end of the closing track of her fifth album, in order to highlight the teeth she's singing through. Behind her whisper and Kurt Cobain's haunted heart, there are well-established and immovable objects. There is love, there is laughter and there are fists.