Accessibility links
In 'Miss Hokusai,' The Daughter Of A Master Artist Comes Into Her Own Set in Edo-era Japan, this gorgeous, impressionistic tale follows the life and work of the artist Katsushika Hokusai and his daughter/protege through a series of exquisitely wrought vignettes.

In 'Miss Hokusai,' The Daughter Of A Master Artist Comes Into Her Own

In 'Miss Hokusai,' The Daughter Of A Master Artist Comes Into Her Own 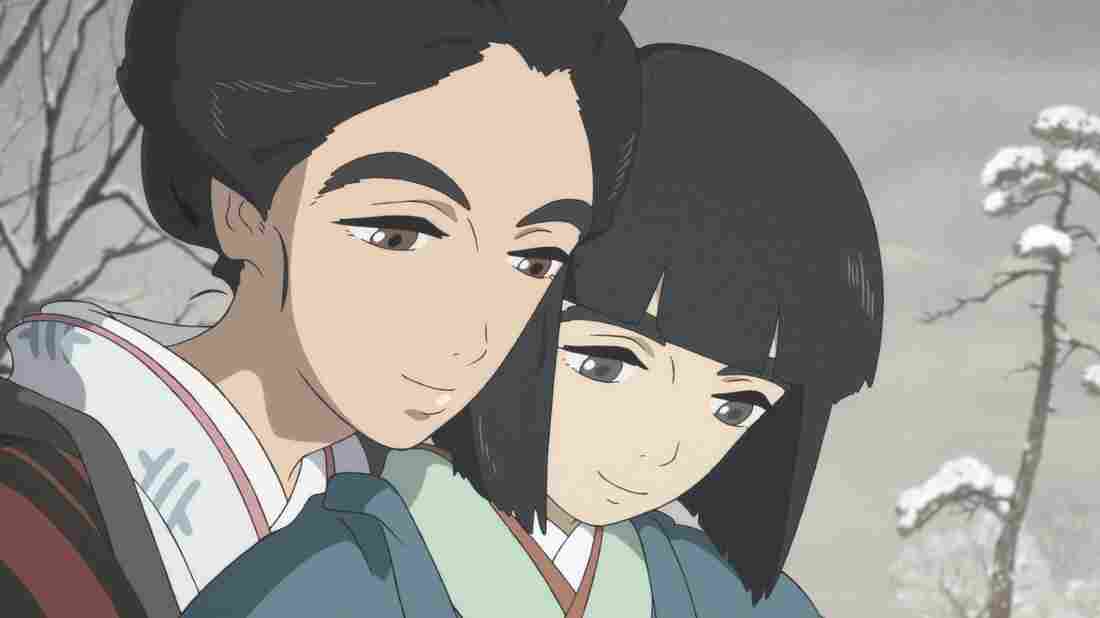 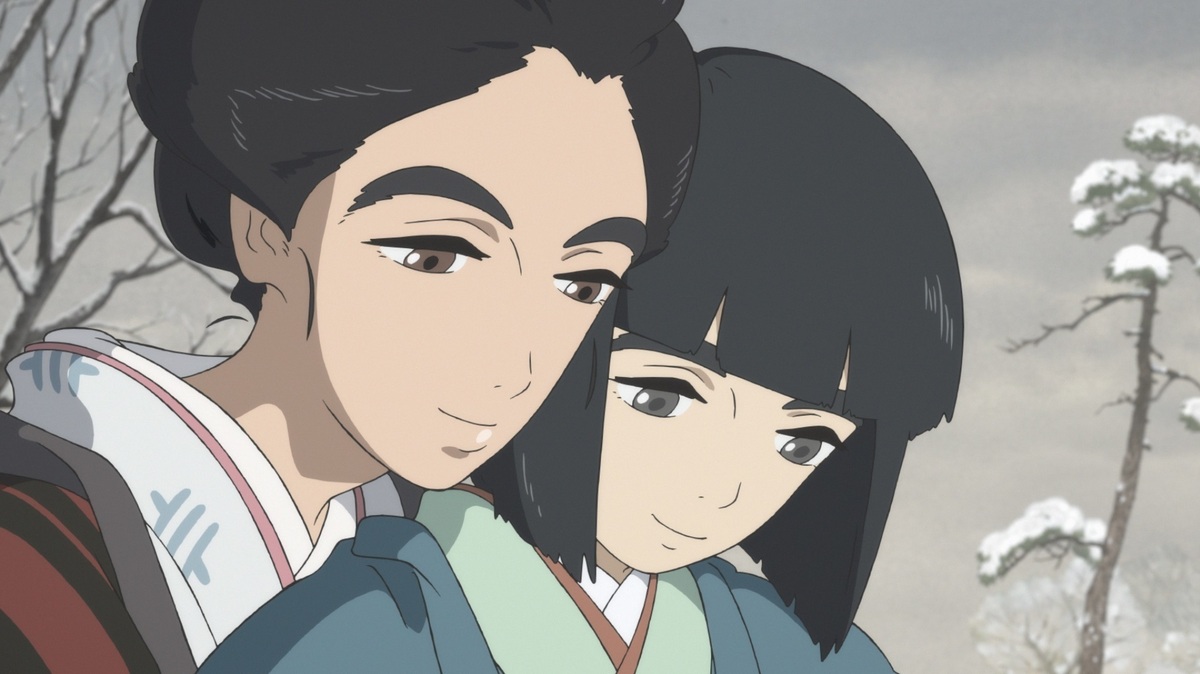 If Astroboy creator Osamu Tezuka is the father of anime, its great-uncle is Edo-period artist Katsushika Hokusai. He's best known for The Great Wave off Kanagawa, the most-reproduced Japanese artwork ever, but his styles and subjects were impressively diverse. Among his most talented proteges was his daughter, known variously as O'Ei, Oi, or — in the English title of a new animated film — Miss Hokusai.

This is not anime for fanboys who crave intergalactic battles, mutinous cyborgs, and buxom nymphets, although it does include a few fantasy sequences. The movie is domestic in scale, and focused on daily life in Edo (now Tokyo). It's quietly moving and exquisitely rendered, especially in its glowing depictions of light and flame in a city of wooden structures illuminated by lanterns, and all too vulnerable to fire.

The film declares its irreverence with its opening scene, in which O'Ei walks across the bowed Sumida River bridge that Hokusai fans will recognize from one of his 36 Views of Mount Fuji. After O'Ei introduces herself in voiceover — with the voice of single-named actress Anne, daughter of actor Ken Watanabe — her words are chased by an electric-guitar riff pulled from the general vicinity of T. Rex's "Bang a Gong (Get It On)."

That's not the only historically unverifiable touch. Little is known of O'Ei's life, so Miss Hokusai is largely fiction. The result isn't some stuffy period melodrama, however. The film was adapted from a 1980s manga series that treated O'Ei's life as a succession of vignettes, not a plot-driven conjectural biography. As condensed into a 90-minute movie by scripter Miho Maruo and director Keiichi Hara, the narrative's principal organizing principle is one that's integral to Japanese art: the changing seasons.

Thus there are episodes in which children play in the snow, or marvel at the flowering of crepe myrtle. (The Japanese term for the flower, sarusuberi, is the movie's original title.) O'Ei explains these phenomena to her blind little sister, O'Nao, an invented character who serves both as an audience surrogate and to illustrate her father's brusqueness. Hokusai cares only for art, and has no time for this child who can't see his work.

Despite O'Nao's innocence, Miss Hokusai is not set in a whitewashed Edo. Famous Kabuki actors and beautiful courtesans were popular subjects for woodblock prints at the time, and O'Ei is especially good at portraying women. So she visits Yoshiwara, the city's walled brothel district, to find models. (Why not actresses rather than prostitutes? Because there weren't any; all female roles were played by men.) O'Ei even produces erotica, although her father says her work is limited by her sexual inexperience.

Where the lively but shallow Kubo and the Two-Strings turned origami into animation, Miss Hokusai performs more complex and satisfying visual alchemy. A dragon coils off a sheet of paper and into the sky, the thin lines that define a face briefly become thick brushstrokes, and a dragonfly offers its airborne view of the world. Inevitably, there's a cameo by Hokusai's great wave, which appears not in the Pacific but in the Sumida.

The Japanese affinity for ghost stories inspired several of the film's episodes. Hokusai is even summoned for an emergency art call, because his daughter has painted a vision of Hell that's all too convincing. Fortunately, a few of the master's brushstrokes can remedy the problem.

Whether the goal is to summon demons or banish them, creating worlds with images is a form of magic. Miss Hokusai demonstrates that simply, with its extraordinary simulation of sunlight streaming through O'Ei's spread fingers.