Accessibility links
The Man, The Myth, The Ledger: In 'The Accountant,' Affleck Gets His Bourne On Christian Wolff (Ben Affleck) is a math savant who hides dark side-dealings as a freelance accountant for various criminal enterprises.

The Man, The Myth, The Ledger: In 'The Accountant,' Affleck Gets His Bourne On

The Man, The Myth, The Ledger: In 'The Accountant,' Affleck Gets His Bourne On 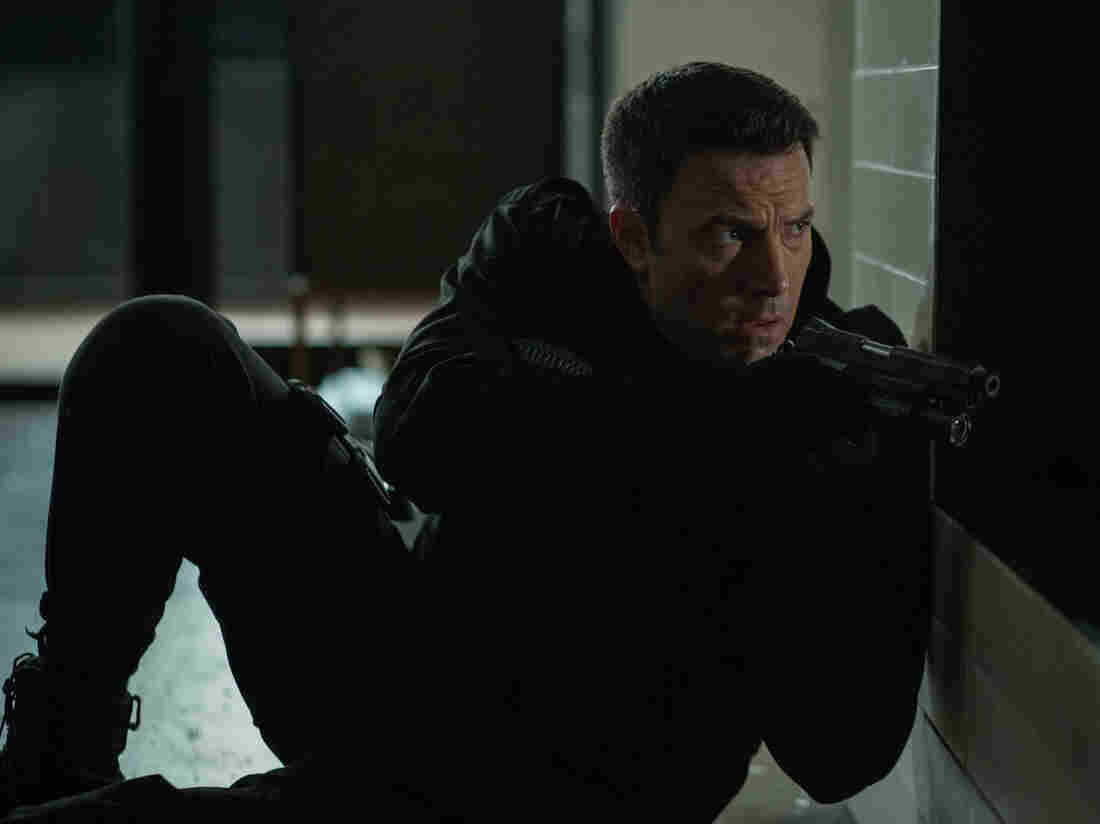 Check it, bro: What if Will Hunting and Jason Bourne were actually the same person?

That's the bar-napkin arithmetic behind The Accountant, an overplotted and amoral but admirably weird action drama that has, to its credit, escaped the hallways of a major studio with its rough edges intact.

Although neither written nor directed by its star, Ben Affleck, it nonetheless evinces a high degree of Affleckian envy for his pal Matt Damon. You'll recall that the pair co-wrote and co-starred in the hit 1997 math-whiz-studies-the-equation-of-life drama Good Will Hunting, sharing an original screenplay Oscar while they were both still a few years shy of 30. Rumors circulated that the venerable novelist/screenwriter/essayist William Goldman had punched up their work. Goldman denied it, saying he had simply read the boys' screenplay and offered them a single, clarion note:

Lose the thriller subplot. Just make it a character piece.

The Accountant sometimes feels like the sum of all those excised Good Will leavings, wherein a combative, socially isolated man — Ben instead of Matt this time — is blessed/cursed with a numerical wizardry that attracts the interest of shady organizations both governmental and other. But when The Bastards push him too far, it's time to, you know: Solve for X!

Okay, so it's no Jack Reacher. But it packs more surprises than this summer's dour-and-dull Jason Bourne did, and even a few solid jokes. I'm not asking for the moon here.

Affleck's character, Christian Wolff, is a diagnosed autistic who takes his Zoloft and exposes himself to a nightly regimen of loud music and flashing lights. This intense course of self-care allows him to get through the days, which he spends working for some of the most despicable people on Earth — drug runners, arms dealers, food bloggers, etc. — helping them to "un-cook" their books. That phrase comes from J.K. Simmons, as the fedora-wearing Treasury agent on his trail and the movie's Explainer-in-Chief. (Helping him on the case is junior G-woman Cynthia Addai-Robinson, whom Simmons is blackmailing — one of many examples of this movie having more story than it can handle.)

Whether or not the big, bad Wolff ever uses his other, more Bourne-ian skillset — sharpshooting, throat-punching — in his professional life is a reasonable question that the film unreasonably declines to ask, much less answer. It's too busy setting up six or eight or maybe 12 lines of narrative dominoes that it's going to knock over in its own good time. After Affleck has shot six or eight or maybe 12 people in the face.

Here's a stab at a lowest common denominator synopsis: Wolff takes what is supposed to be a relatively low-risk gig auditing a Chicago robotics firm that suspects one of its employees of embezzlement. One of its staffers, Anna Kendrick, warms to him despite his (Ben) Affectlessness. Wolff spends a sleepless night uncooking books in the most cinematic way possible—by hand, in magic marker, on the glass walls of a conference room. (Discretion is for ordinary accountants, apparently.) While he's busy untangling all that ledger-related legerdemain, the company's CFO gets a middle-of-the-night visit from some thugs.

Here the film experiences a neck-snapping shift in tone — a harbinger of neck-snappings to come. These same thugs abruptly go after the nice couple who let Wolff use their farm to practice shooting cantaloupes with faces Sharpied onto them from a mile away. Big mistake, jerks! But worth it for a nifty melee wherein Affleck demonstrates some Pencak Silat — the brutal but very camera-friendly Indonesian fighting style seen in the 2011 thriller The Raid — on a guy who comes at him with a knife. ("I can do my own fight scenes, too, Matt.")

Although the movie eventually gets around to having Batman fight The Punisher (by which I mean Affleck faces off with Jon Bernthal, who plays the murderous Marvel vigilante on the Netflix series Daredevil), The Accountant is a throwback to what action pictures were like before comic-book derivatives swallowed up the market. Long before: With its chilly atmosphere, unhurried pacing, minimal music, and close attention to behavior (not just the unwavering routines of its main character), this movie could've been made in the 70s. The chaste connection between Affleck and Kendrick, meanwhile, locates it very much in the present, where sex is for cable dramas.

Director Gavin O'Connor previously made the surprisingly powerful fight film Warrior, which stood as the heavyweight pummeling-tearjerker champ of the 21st century until Creed came long. Here, O'Connor remains interested in questions of masculinity and vulnerability and violence. As related in too many flashbacks to his 'tween years, Wolff has daddy issues — his Army officer pop was a devotee of what you might call the "Boy Named Sue" school of child-toughening. But Wolff has mommy issues and sibling issues, too.

Speaking of issues, the Gulf Stream motor coach where Wolff stores his treasures (and a gun show's worth of firearms) contains a nicely-preserved copy of Action Comics No. 1 (June, 1938), featuring the first appearance of Superman. A copy of that comic changed hands for $3.2 million two years ago. The original Jackson Pollock affixed to the ceiling is probably worth more.

Do you find this observation trivial? Details matter. The movie is called The Accountant, not The Estimator.

Though they could have called it Rain Man on Fire.

And the odds of that are — well, I have no idea. You'd need to be some kind of homicidal math genius to figure it out.