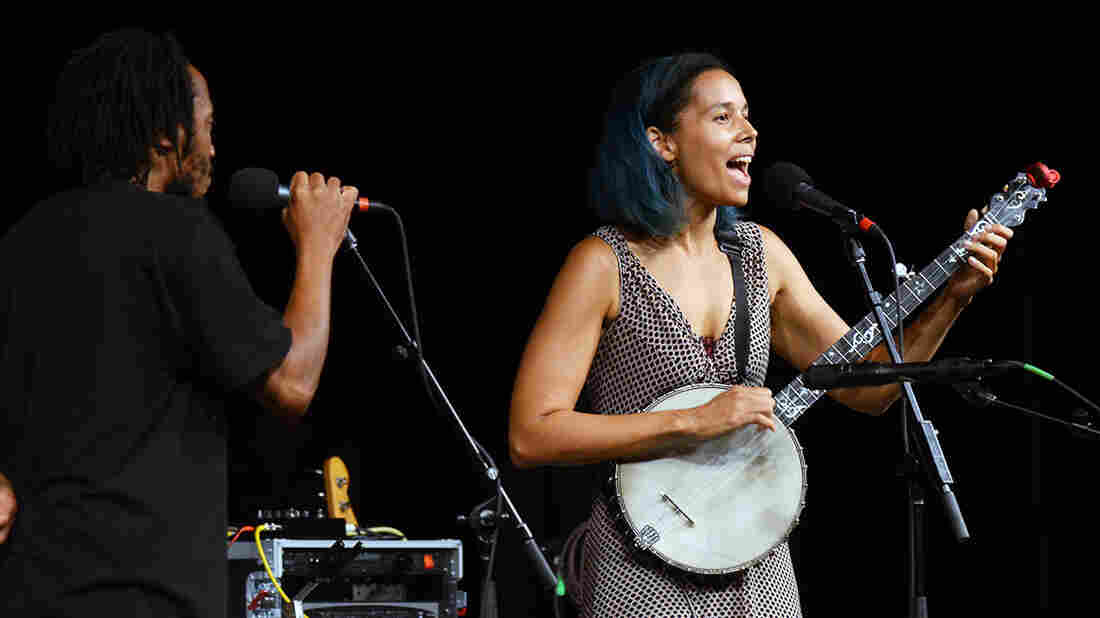 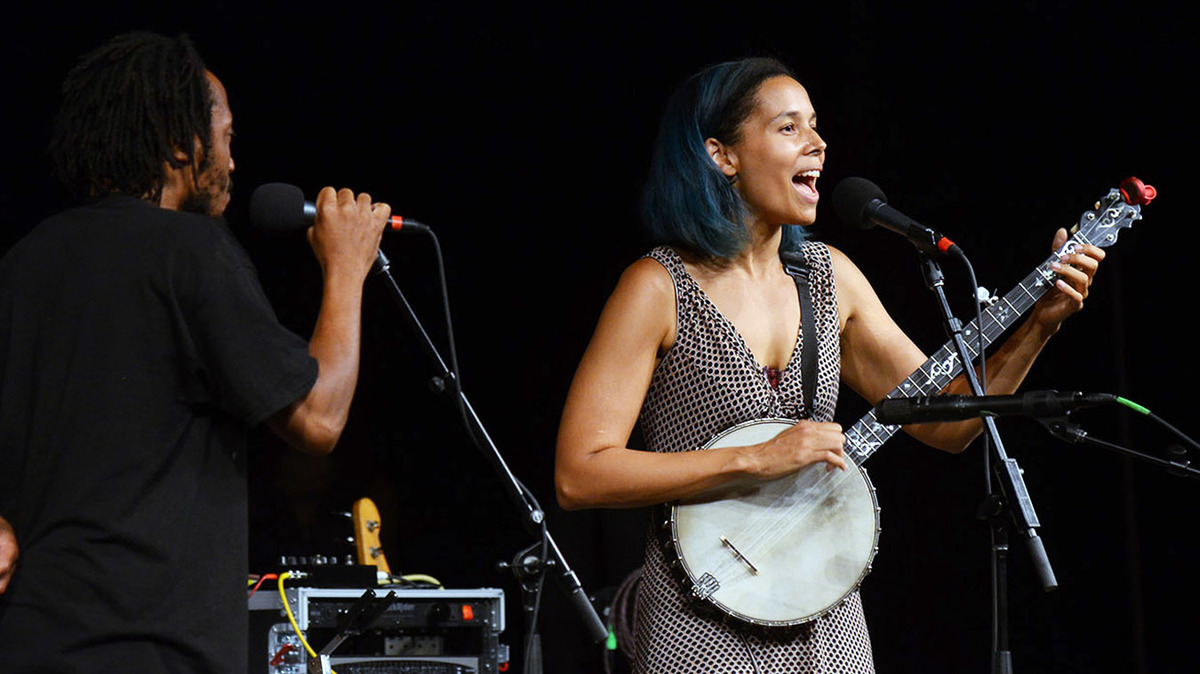 Rhiannon Giddens returns to Mountain Stage, recorded live at the Augusta Heritage Festival in Elkins, W.Va. Once known primarily as a member of the Grammy-winning band Carolina Chocolate Drops, Giddens embarked on a solo career with 2015's Tomorrow Is My Turn, earning unprecedented acclaim along the way. She begins her set with a show-stopping a cappella rendition of the haunting Hazel Dickens masterpiece "Pretty Bird." For the rest of the set, Giddens plays banjo; she's joined by a vocal percussionist for "At The Purchaser's Option," which was inspired by a 19th-century advertisement she found for a 22-year-old female slave whose baby was also available for sale.