Accessibility links
The Battle Of Algiers: Cinematic Classic Of Resistance Returns To The Big Screen Bilal Qureshi writes that The Battle Of Algiers, currently in movie theaters for a 50th anniversary rerelease, influenced many films that followed it and has striking relevance to the present.

A Cinematic Classic Of Resistance Returns To The Big Screen

A Cinematic Classic Of Resistance Returns To The Big Screen 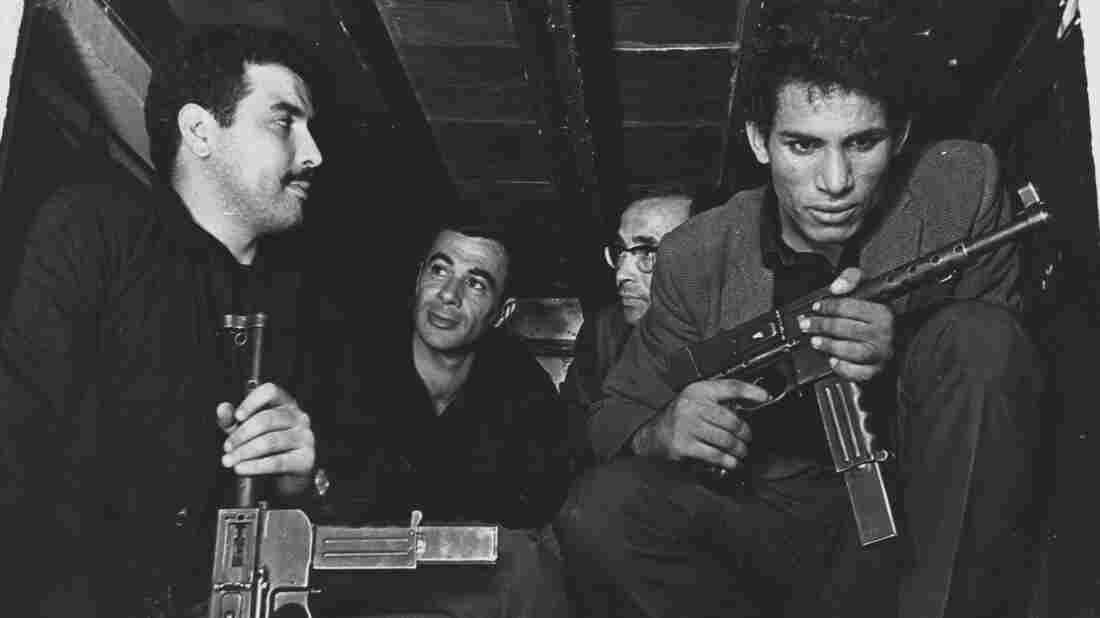 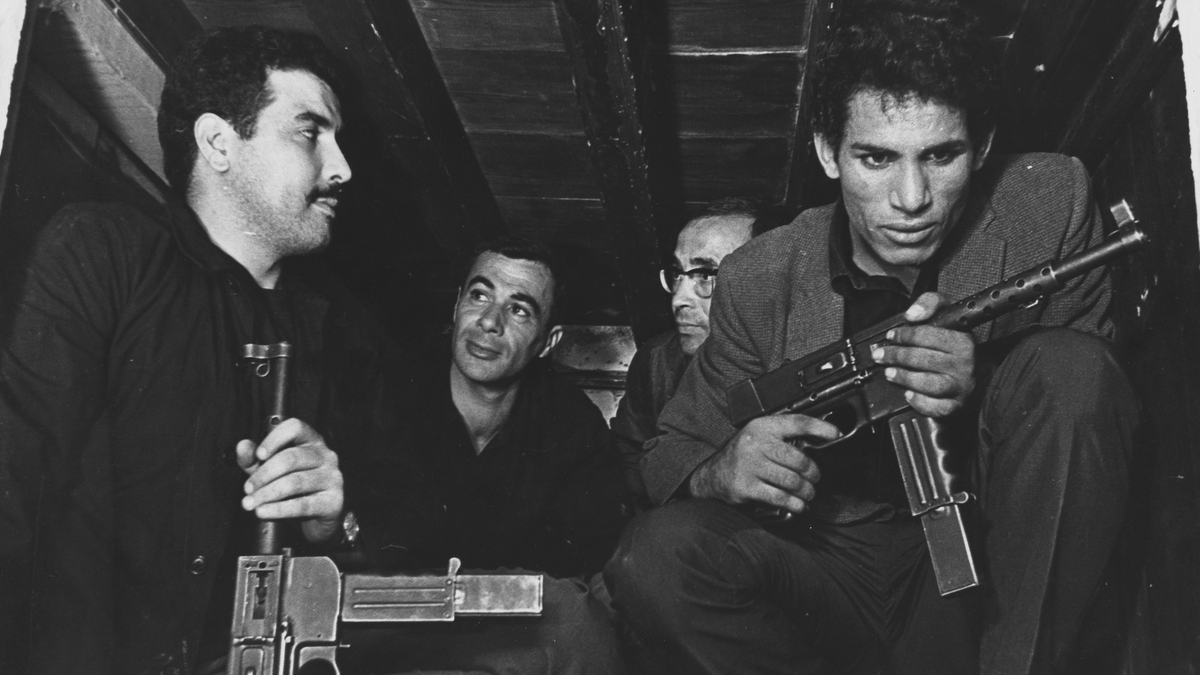 In the heady political maelstrom of the late 1960s, Italian filmmaker Gillo Pontecorvo released one of the most controversial and acclaimed films of modern cinema. The Battle of Algiers was a big-screen recreation of the bloody mid 1950s Algerian uprising against French rule. The film was made on a shoestring budget with non-actors recruited from the streets of Algiers. It told the story of an insurrection against colonialism from the rare vantage point of the colonized. That shift in perspective was provocative enough to lead France to ban the film on political grounds. Elsewhere, it opened to rapturous acclaim.

The Battle of Algiers won the Golden Lion at the Venice Film Festival in 1966 and eventually earned three Oscar nominations including Best Director and Best Foreign Language film. Today it is considered both a seminal work of world cinema and a textbook example of protest art. Fifty years after it was first released, The Battle of Algiers is returning to movie theaters in an new digital restoration.

Seeing it in 2016, it is remarkable how much The Battle of Algiers has influenced the vocabulary of modern Hollywood war movies. From the use of shaky hand-held cameras to shooting in real-life locations with real people, the influence of Pontecorvo's style is evident in films ranging from Traffic to Jason Bourne. By using black and white film stock to mirror newsreels of the 1950s, the artifice of Pontecorvo's frames bristles with an air of documented urgency. Directors from Steven Soderbergh to Mira Nair to Spike Lee have admitted borrowing from Pontecorvo's techniques to infuse their own stories with greater authenticity. But more than form, The Battle of Algiers has endured because of its politics.

In its crisp two-hour running time, the film includes brutal scenes of torture, police brutality and racial profiling that seem ripped from this week's headlines. In the winding alleyways of Algiers, Pontecorvo recreates the unleashing of guerilla warfare on a city-wide scale. The fact that it is the story of a mostly Muslim uprising against Western forces gives the proceedings an even more eerie resonance. The Algerians set off bombs at cafes that kill scores of civilians and the brutal French retaliations lead to countless executions and reprisals. It is not surprising that the Black Panthers and the IRA once studied The Battle of Algiers as a roadmap to resistance. It is equally understandable why the Pentagon famously screened the film in 2003 as a toolkit to wage a better and more informed "war on terror."

But the film's Algerian producer and co-star Saadi Yacef says it is inappropriate to see the violence on screen through our current prism of terrorism. "What the film is showing is really different for me. Here you have people who are in a struggle against colonialism. Their struggle is to get the colonial power out of their country. To me this has a far greater difference than some terrorist who sets off a bomb or kills children in the name of having an Islamic State. It is not a human being who goes into a school and kills children. These are not human beings," he says. Applying the film's empathy for insurgents to today's context would be irresponsible and fatal, he says.

The Middle East and North Africa have fundamentally changed from the anti-colonial uprisings of the 1950s and 1960s to a new age of Islamist politics and violence. While Gillo Pontecorvo's landmark film may draw our minds to contemporary unrest, Saadi Yacef says the film has endured because it is a great work of realist cinema. Pontecorvo was already one of the most celebrated filmmakers in Europe when he was approached by Yacef to make the movie. His collaborators and cast were mostly non-actors who had lived through the real Battle of Algiers. The film emerged from a rare creative and cross-cultural alchemy between Europe and North Africa. Fifty years after the broader context that clearly gave The Battle of Algiers urgency and currency in its day, the film now stands on its own as a work of cinema. Now, technology has allowed a new generation to see the film in a version that is as close as possible to the one audiences saw in 1966 ... and to experience this landmark piece of cinema about resistance on its own terms.