Accessibility links
For Some Sexual Assault Activists, Trump Tape Is A Teachable Moment The videotape of Donald Trump bragging about groping and kissing women is already being used on campuses as a case study to teach students everything from bystander intervention to consent. 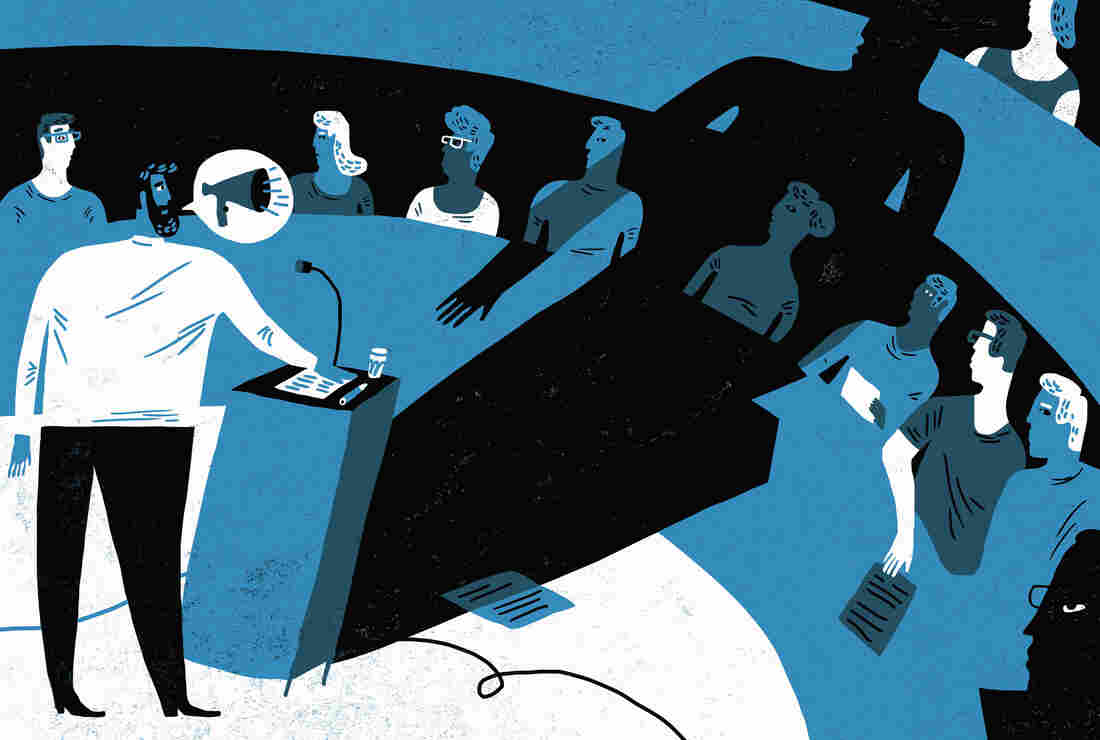 On some campuses, the videotape of Donald Trump bragging about groping and kissing women is being used as a case study to teach students everything from bystander intervention to consent. Oivind Hovland/Ikon Images/Getty Images hide caption 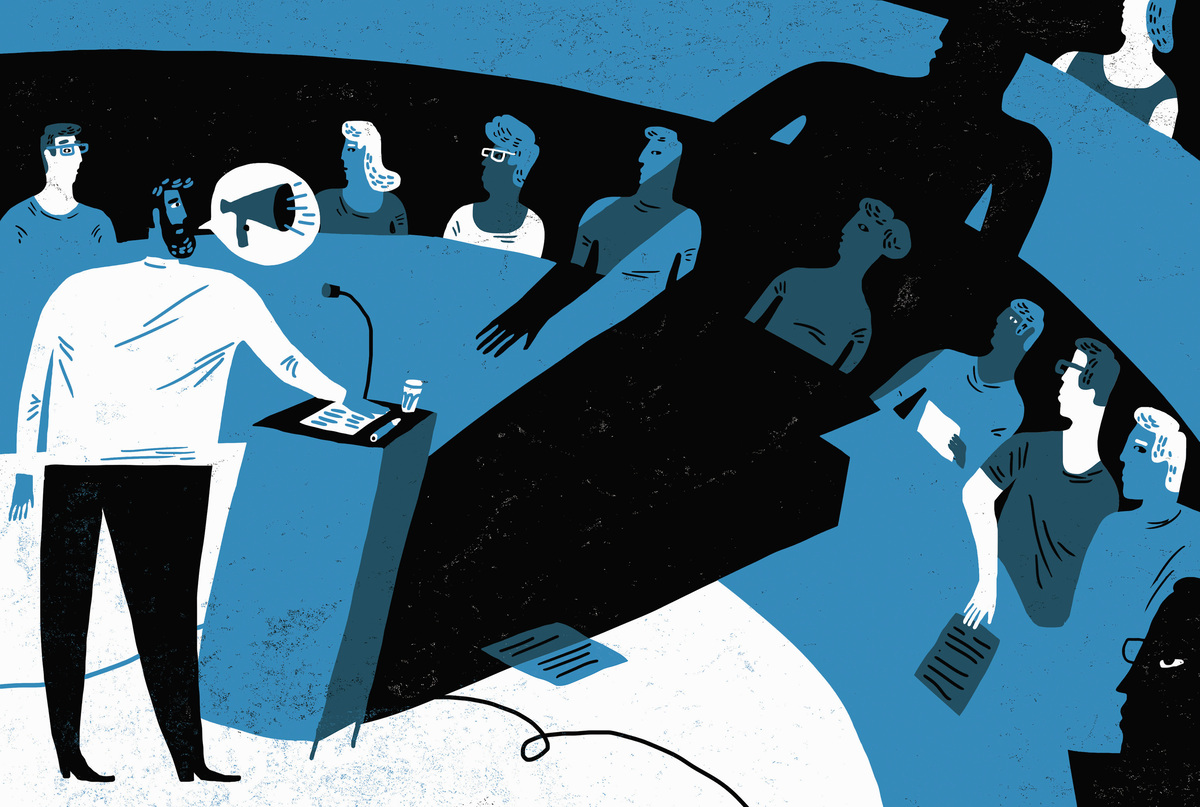 On some campuses, the videotape of Donald Trump bragging about groping and kissing women is being used as a case study to teach students everything from bystander intervention to consent.

One staple in just about every sexual assault prevention program is the video vignette. It's usually a play-acted scenario used to teach students what crosses the line.

Professor Harry Brod teaches a course on men, masculinities and sexual ethics at St. Norbert College in Wisconsin. Ironically, Brod says, what's most offensive about the recording may actually be the least useful as a teaching tool. The kind of behavior that Trump boasts of on the tape — and now denies — like grabbing women's private parts and kissing them against their will so clearly crosses the line, Brod says, it would be obvious to most students.

But Brod says there are many more nuanced lessons on the tape.

For example, he points to when Billy Bush, at the time co-host of Access Hollywood, eggs Trump on and then takes it a step further, pressing actress Arianne Zucker for a hug.

"At that moment he is not only enabling Trump but he is pushing him from words into action," Brod says. "We know what's right, and we need to be strong enough to stand up."

At the Lincoln-Sudbury Regional High School, just west of Boston, a co-ed group of students has been working to seize what they hope will be a teachable moment. "We're fired up! We've got work to do," says their teacher, Lori Hodin. Through a program called Mentors in Violence Prevention, Hodin is training the seniors to train other students to be what they call "upstanders." Senior Caleigh Simons says the Trump video drives home how hard it can be to stand up to someone more powerful, whether a celebrity at work or an upperclassman at school.

One Tweet Unleashes A Torrent Of Stories Of Sexual Assault

"It's always really hard to be that person to stand up and say those words: 'You need to stop doing this, that's not OK,' " Simons says. "So we teach that there's other little things that you can do — you can just break up the conversation in general, and just be like, 'I have to go to the bathroom.' "

Students say they're also using the tape as a study in consent. In recent years, the rules have evolved from "no means no" to "only yes means yes." But students say the video is a textbook example of how even a "yes" might not always count as a "yes." That's widely acknowledged in cases where someone is drunk, and students say it is also true when there's an imbalance of power.

"Billy Bush was like putting her in position where she had to hug him even if she didn't want to," says student Megan Chunias.

"Yeah, even though he phrased it as question, it wasn't really an option for her, like, there was no choice in the matter," Simons says.

A List Of The Accusations About Trump's Alleged Inappropriate Sexual Conduct

Students also say they're concerned about the fallout from Trump supporters — some prominent — who diminish what Trump said as just "boys will be boys."

"They're trying to normalize it and push it off and say that it's nothing, it's just locker room talk, like it's just not a big deal," says Sam Ryan, captain of the boys soccer team. He says that if that ever happened in his locker room, he'd immediately shut it down.

"Our job is to then expose that and say that it really is a big deal," Ryan says. "He crossed a line where it's not something to be joked about."

If such jokes or comments are left unchallenged, Ryan says, it's interpreted as a green light and that creates a culture that encourages more serious offenses — from assault all the way to murder. Senior Jack Sutherland says he explains that concept of the "pyramid of assault" to the young students he trains.

"I think after we can talk to them for an entire day and then they'll realize, whoa, it needs to be stopped at the start," he says.

Sexual assault advocates say they worry this whole episode could roll back recent gains, and discourage survivors from coming forward. But ultimately, students say they see it more as an opportunity for a crash course in consent, bystander intervention and "rape culture" that they say is sorely needed.