Accessibility links
StoryCorps: In A Jail Sentence, A Veteran's Redemption — With Help From A Fellow Vet Two veterans met in court last year: a man who violated his probation and the judge who sentenced him. But it was the judge's decision to visit his fellow veteran's cell that changed them both. 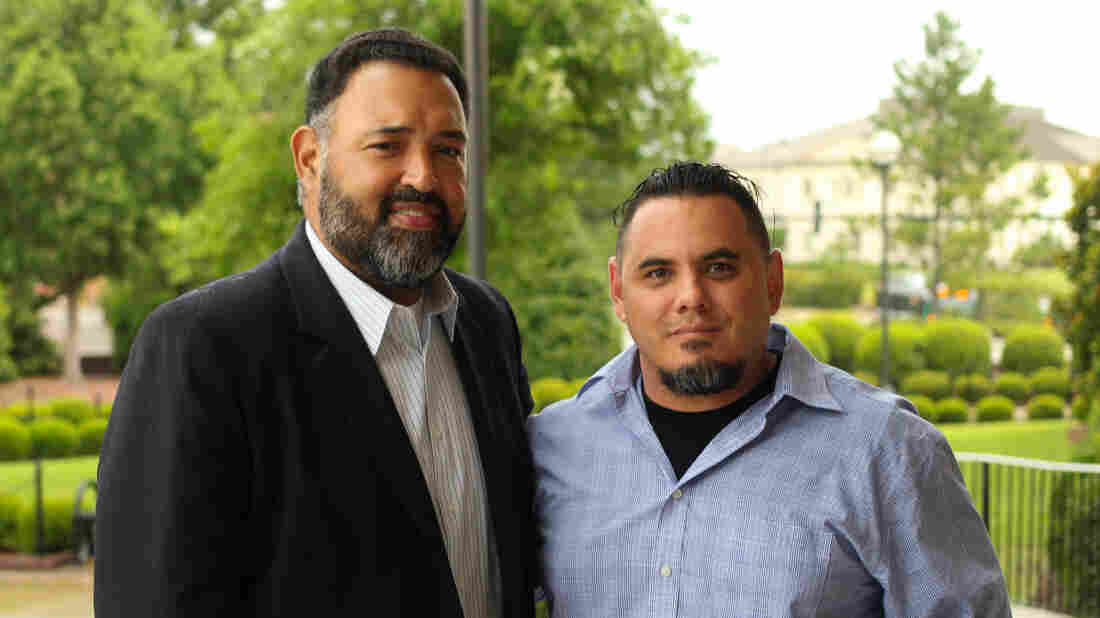 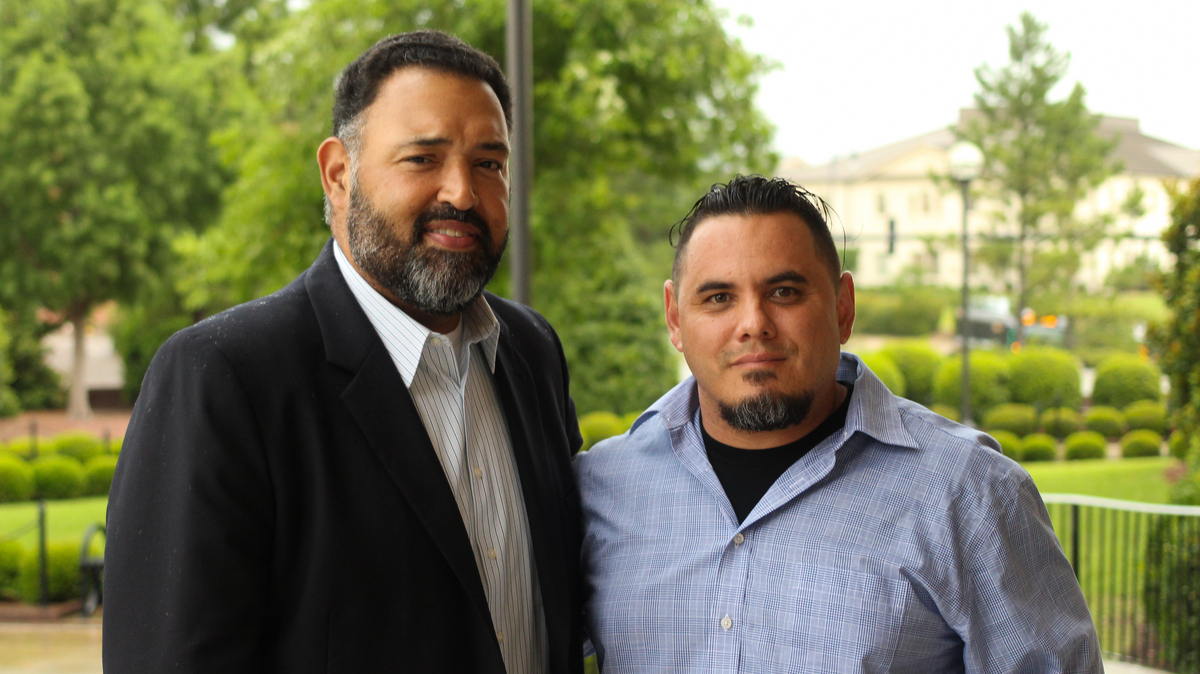 Joe Serna served three tours in Afghanistan as a Green Beret. Judge Lou Olivera is a veteran, too, who served in the Army as an intelligence officer. But when they met, it wasn't on base. It was in a North Carolina courtroom.

Serna had been struggling to adapt to life back home, and, after violating probation on a DWI charge, he was sentenced by Olivera to a night in jail. He would have spent that time in his cell alone with his thoughts, if Olivera hadn't joined him.

One year later, during a visit with StoryCorps, he tells Olivera that the night in a cell brought back memories of war — and one horrific memory, in particular. "In Afghanistan," Serna says, "it was me and three other guys on the truck, really good friends. And I had an accident where our truck flipped all the way over into a river."

Serna says he and his friends were trapped as the water slowly filled the vehicle, rising from his ankles to his waist, eventually to his chin. In the darkness of the moment, Serna says, the air was filled with diesel fumes, leaving them struggling for air.

Locked in a cell, confined to a space without windows or a door that he could open, Serna says he would have relived the nightmare all night. That is, if he had not heard the door rattle behind him.

It was Olivera, entering the cell.

"You were sweaty, and you were shaking," Olivera recalls. "You were wound tight."

"When you walked in, that all went away," Serna tells him. "And then when they locked the door, I thought to myself, 'He's going to spend the night here. I've never seen this kind of act from anyone.' "

Olivera knew the history of the man he'd just sentenced. He had talked to the chief jailer, asking if he could enter Serna's cell. The jailer, a veteran himself, "made it work."

When they locked the door, I thought to myself, 'He's going to spend the night here. I've never seen this kind of act from anyone.'

During the night that followed, they spoke for a long time. They mostly discussed their families, but Serna says the gesture said more than the topic of conversation; "I felt the compassion," he says.

"We all mess up, we all fall short — I am sometimes not the best husband, or the best father, or the best judge," Olivera admits. But, imperfect as he may be, his decision to reach out to the stranger in jail had a lasting impact on Serna's life.

"Truthfully, that was the first time I ever opened up," Serna tells him. "To trust another person was a game-changer. So thank you for being there for me. It means a lot to have someone in your position that understands."

"That's that brotherhood, the military," Olivera says, "and I get something out of it, too. It helps me think about the things I've gone through, the things I've seen, my military life.

"You're a brother, and I just want you to get back."