Accessibility links
A 'Television First' Becomes A Compelling Character Study In 'Christine' Christine is a biopic about a TV reporter who committed suicide in a live shot. 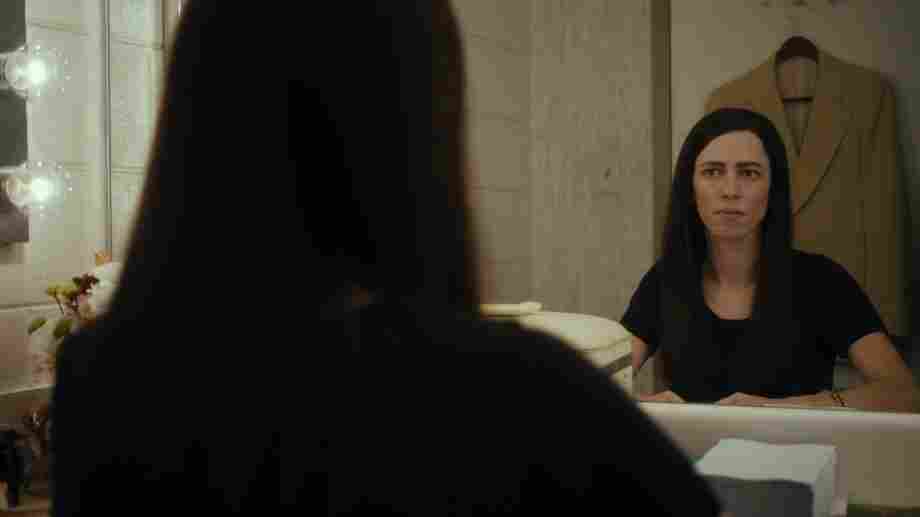 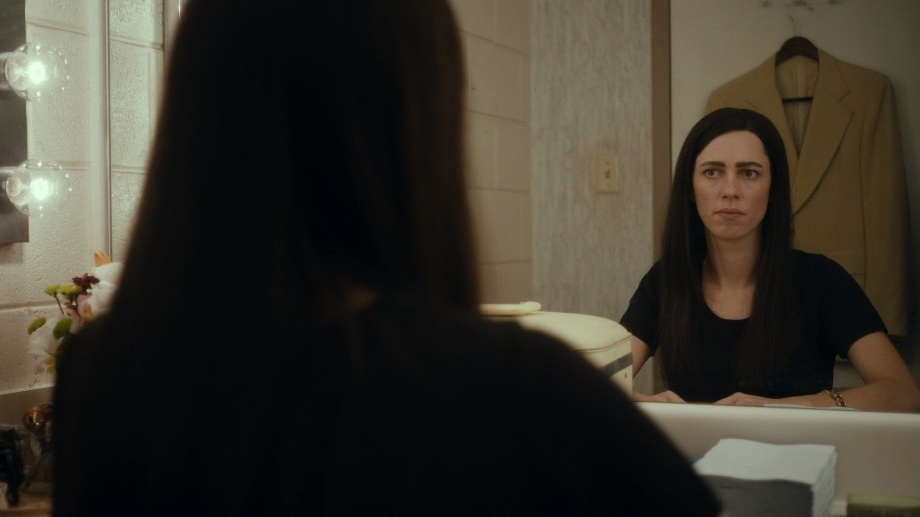 Joe Anderson/Courtesy of The Orchard

The tragedy was local, yet seemed to speak to the whole of journalism: On July 15, 1974, reporter Christine Chubbuck pulled out a revolver during a live evening newscast in Sarasota Florida, and as her coworkers looking on in horror, shot herself in the head.

The what was simple, the why hard to fathom, and that's no less true in Antonio Campos' compelling retelling of the tale in his biopic Christine.

He begins with an image of Chubbuck on a TV monitor, practicing her delivery by pretending to interview Richard Nixon about Watergate. Her real gig is a bit less glamorous. She has the "community" beat at her dismally-ranked Sarasota station, and she goes at it with passion. She does three-part investigative reports about zoning disputes, spends weeks on education stories, and for flavor, turns out the occasional human interest piece, savoring, say, the first strawberry of the season.

As played hauntingly by Rebecca Hall, Christine is ambitious, eager to please, and reeeeally tightly-wound. She's not good at reading people, or at social interaction. She has a crush on the station's pleasantly empty-headed high-school-football-captain-turned-news-anchor (Michael C. Hall), for instance, but expresses it principally by avoiding him.

And she's equally out-of-step when it comes to the job itself, especially when her boss (Tracy Letts) starts championing the catchphrase "if it bleeds, it leads," as a way out of the ratings basement. It doesn't help that Christine must also deal with '70s attitudes that would try anyone's patience.

"Y'know your problem?" offers the boss when she challenges him once too often. "You're a feminist."

That said, Christine is ever ready to misinterpret, to turn away, to take offense. And increasingly, it becomes clear that she's more fragile than she's letting on. At 29, still a virgin, living with her mom (J. Smith Cameron) after an unspecified breakdown apparently prompted a move to Florida from Boston, she throws herself into work as a defense. And not surprisingly, she works herself into a lather when the station's owner (John Cullum) shows up, looking for talent to transfer to a bigger market.

A biopic about Chubbuck could have been maudlin and movie-of-the-week-ish, but Campos, working from a script by Craig Shilowich, makes much of Christine acerbic, even comic. They show the title character as a study in contradictions, performing weirdly personal puppet shows for disabled children one moment, retreating the next, to a pink bedroom with pop music posters, her mom just down the hall.

This is a woman who is depressed, unstable, and furiously acting-out. Sadly, no one sensed until it was too late, just how furiously.

Her words on her final broadcast promised that in keeping with the policy of reporting blood and guts, the station was presenting "what's believed to be a television first."

And that it was — a senseless tragedy of which the film Christine, rather impressively, makes sense.