Accessibility links
'Haters Back Off!': New TV Show Makes YouTube Star Miranda Sings More Than Internet Famous Miranda Sings is an awkward teenager who posts videos that she believes will make her a star. She's the creation of comic Colleen Ballinger, and now, thanks to Netflix, she has her own TV show. 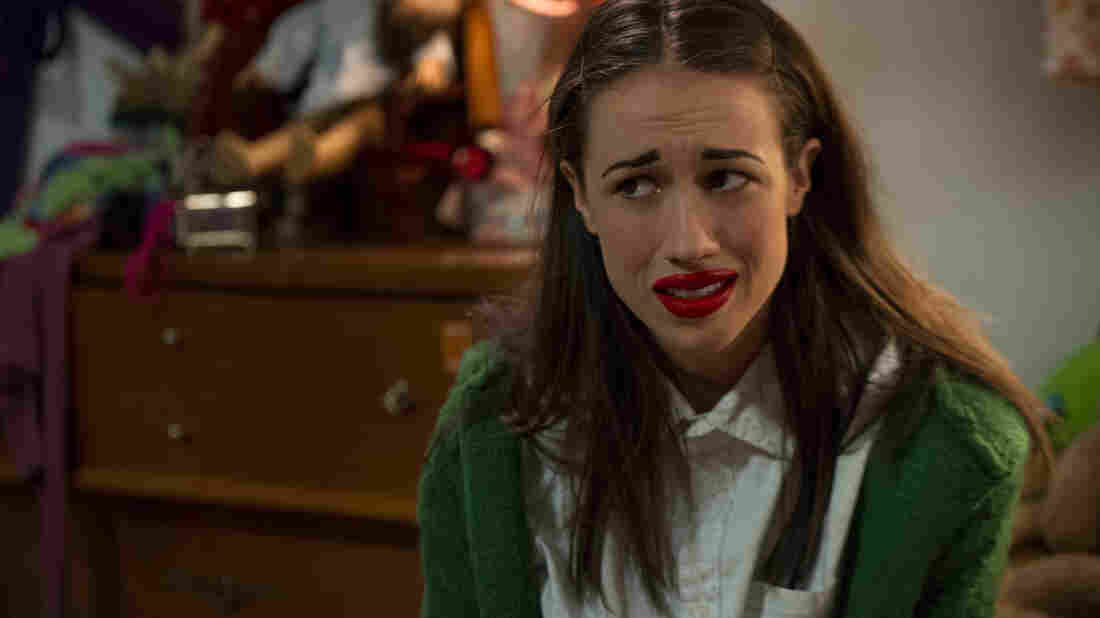 Colleen Ballinger says Miranda Sings was inspired by two kinds of people: the girls who were mean to her in college and those unfortunate souls publicly warbling away on YouTube, whose ambitions — to put it nicely — exceed their abilities. Carol Segal/Netflix hide caption 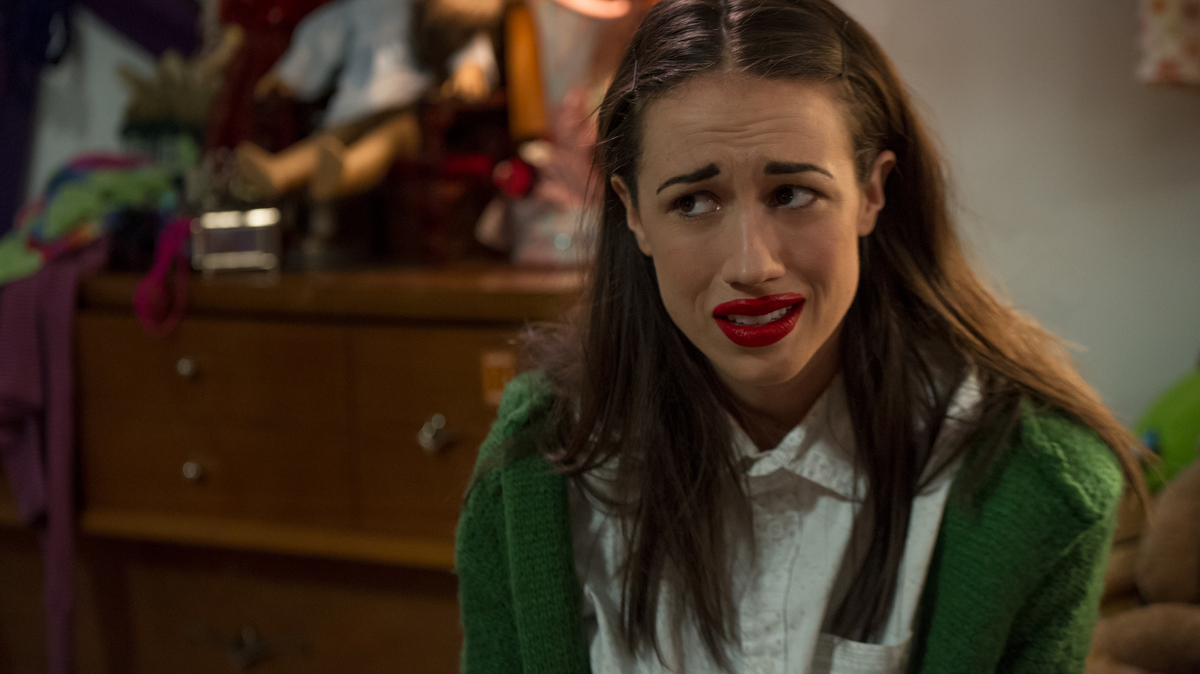 Colleen Ballinger says Miranda Sings was inspired by two kinds of people: the girls who were mean to her in college and those unfortunate souls publicly warbling away on YouTube, whose ambitions — to put it nicely — exceed their abilities.

Miranda Sings is an awkward, homeschooled teenager with messy hair, mismatched outfits and clownish red lipstick that ends up smeared all over her teeth. From her bedroom, she uploads videos of herself singing — horrifically badly — that she believes will make her a star.

Now, thanks to Netflix, Miranda is getting her own big-time TV show. The streaming service successfully courted 29-year-old comedian Colleen Ballinger, who came up with Miranda back in 2009. Ballinger says Miranda is based on two kinds of people she's encountered in her life: the girls who were mean to her at the small Christian college where she majored in vocal performance, and those unfortunate souls publicly warbling away on YouTube, whose ambitions — to put it nicely — exceed their abilities.

"Miranda is confidently untalented at singing," Ballinger says. "Very off-putting. Shrill. But she thinks she's wonderful, so power to her."

Miranda Sings' videos have attracted more than a billion views since the first one went viral five years ago. "In the beginning, people watched me to hate on me," Ballinger says. "They thought Miranda was a real person. People just couldn't understand why this strange girl was so confident. And then slowly, I started getting fans."

Last June, many of those fans swarmed through a Miranda Sings-themed installation at VidCon, the largest convention for online celebrities and people who adore them. Netflix built the installation to promote Ballinger's new show, Haters Back Off! (It was named after a Miranda catchphrase.) Hundreds of teenage girls posed next to a giant poster of the character.

Because girls are so often bullied online, 15-year-old Sophia Berglund said she likes watching one who's defiantly resilient: "She's really good about not taking it. She has a hard shell. And I think that's one of the reasons why she stays up on top."

"You see her get hurt," she says. "I think that's the biggest thing. Online, Miranda seems like this rock wall. She's so confident it seems like nothing bothers her. [In Haters Back Off!,] you see people making fun of her and bullying her, and you see how that affects her."

There's just that sly element of wrongness about it that makes it oh so right.

Haters Back Off! delves into Miranda's back story and introduces viewers to her eccentric family. And that reminds McFarland of an older show: Pee-wee's Playhouse. Both are perversely funny, cartoonish worlds that also manage to be weirdly innocent. "There's just that sly element of wrongness about it that makes it oh so right," she says.

Colleen Ballinger has taken her Miranda Sings persona live on tour, and she's written a jokey self-help book. Maybe TV needs her more than she needs TV. Even while Ballinger was taping her Netflix series, she still produced three YouTube videos for her fans every week. Each gets many millions of views. That's an audience most TV shows would kill for.