Accessibility links
Amid Donald Trump Accusations, Renewed Scrutiny On Sexual Assault And Harassment In Workplace Allegations about Donald Trump's behavior toward women have revived a debate over sexual assault and harassment in the workplace. The problem persists — but those who witness it can help. Here's how. 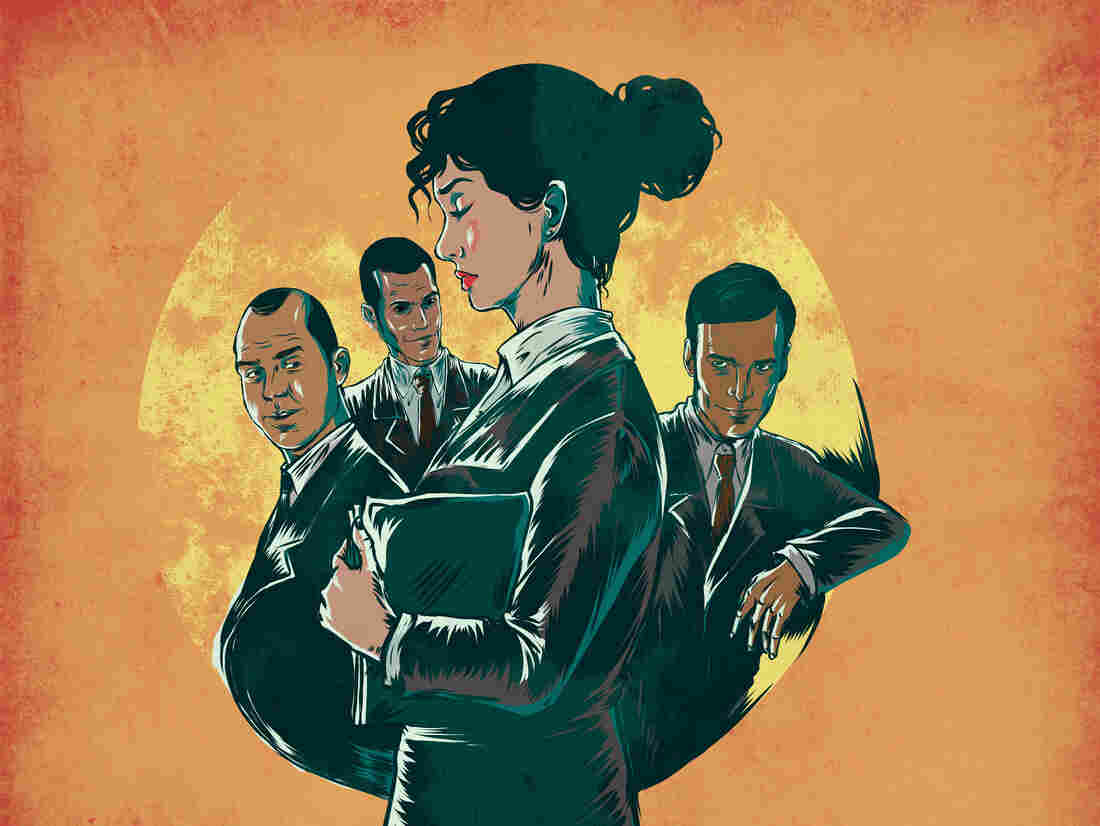 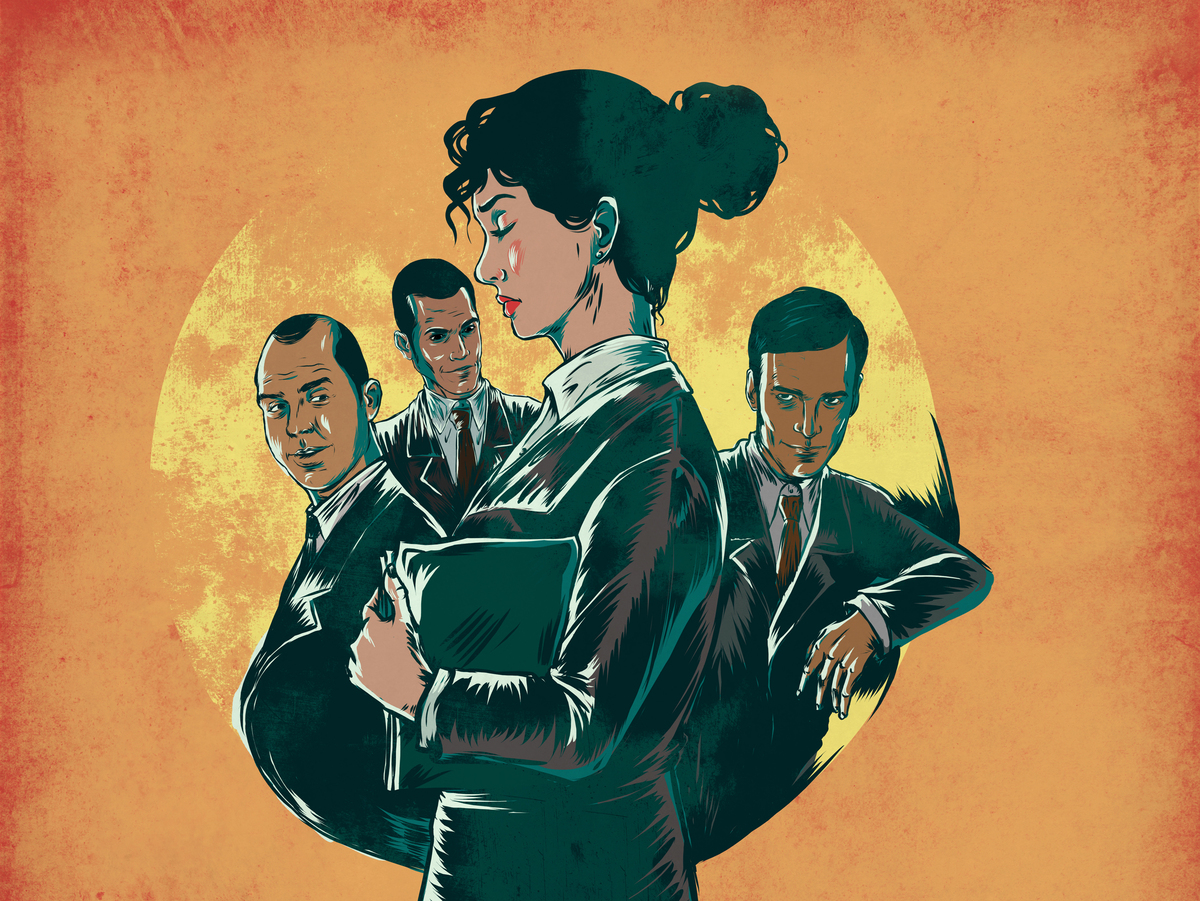 Update Oct. 17: "The Illinois Casino Gaming Association members have zero tolerance for sexual harassment and are strongly committed to training, education and prevention to protect our employees and guests." — Tom Swoik, executive director

Elizabeth Allen was at a happy hour for a San Francisco tech firm a couple of years ago, when a co-worker started forcing himself on her and the few other women at the party — again and again.

He was "giving us lots of hugs," Allen says, "trying to kiss me a few times; he grabbed my butt a couple of times." The women were outnumbered by men, some of whom looked on, bemused, as the women tried to signal their distress.

Allen adds: "Probably the worst thing about that incident was that there were many, many men there, including this guy's manager was there, and none of them did anything about it."

What responsibilities do co-workers have as bystanders when they witness unwanted sexual behavior at work? The question has surfaced anew in the past week, as Donald Trump's taped comments about kissing and grabbing women — and the allegations now coming from accusers — have prompted discussion online and elsewhere.

And it's a question that has relevance to Allen's own experiences in the workplace. As a teen, when, she says, her fast-food manager harassed her, she felt she was supposed to go along with it. She recalled that feeling many years later after the happy hour incident, when she and the other women debated whether it was worth taking the matter to human resources.

"It's interesting, you know, we were all a little uncomfortable with that because, again, I think there's this sort of feeling of not wanting to be the uncool person who reports something like this," Allen says. 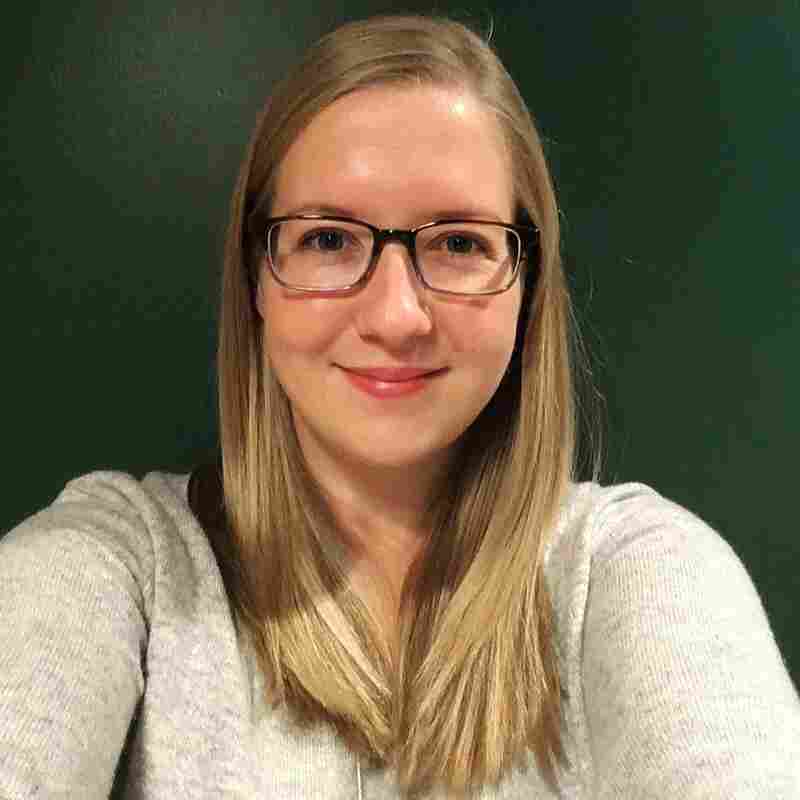 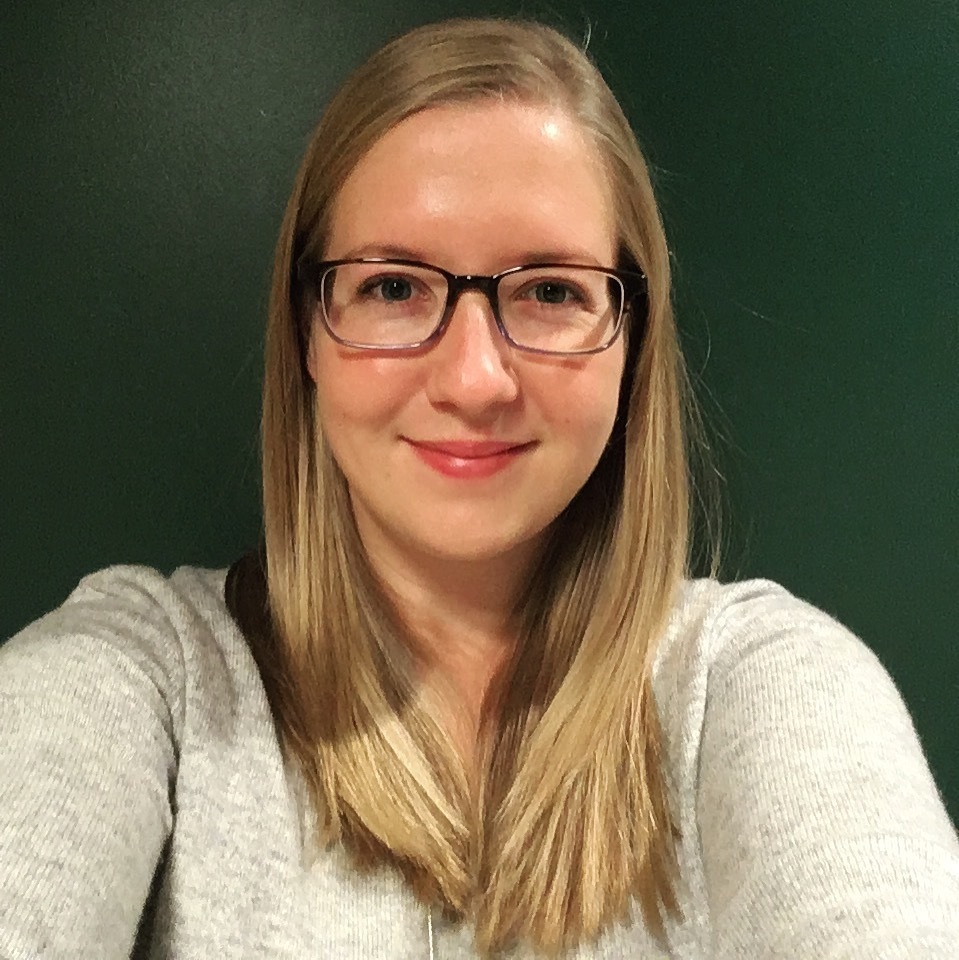 And the issue is not confined to just one restaurant chain. Many hospitality workers face this kind of harassment — so many, in fact, that a campaign to address the problem has been launched by Unite Here, the national labor union that represents thousands of hotel, casino and food service workers. In a Chicago-area survey of nearly 500 people, the union says more than three-quarters of the casino workers they talked to reported incidents of sexual harassment.

"Forty-nine percent of the housekeepers we surveyed said a guest had exposed themselves, flashed them or answered the door naked," says researcher Sarah Lyons.

Kasey Nalls, a cocktail waitress at a casino for 11 years, puts it plainly.

"I always thought it was a serious issue," Nalls says. "I feel like we're walking prey."

One main problem across all workplaces in gauging the prevalence of sexual assault is that many incidents go unreported.

So, how do you speak up?

In an interview with NPR's Scott Simon, Dr. Gail Stern of Catharsis Productions offered tips for bystanders who'd like to intervene.

A physical threat never materialized, DeKay says, but she very likely wouldn't have reported if it had. "I would have been doubtful that I would've had support," she says.

This is a common sentiment that affects even bystanders like Robert People.

People was deployed in Iraq 13 years ago when a female service member confided she'd been raped by another colleague. He was determined to come to her defense and report it, but his friend begged him not to. He says she asked him: "What happens if he doesn't get in trouble, what will I have to deal with then?"

So, he had to bear the burden of silence.

"I'm coming into work every day, I have to see her — see her face, and she's worried and everything," he says. "I see him close by, and so that it doesn't hurt her or he doesn't come back on her in some type of way, I have to keep quiet."

People says the experience still haunts him today. He says he feels he allowed rape culture to persist.

"I blame myself for it; I have no problem saying, yea, I enabled it by not knowing what to do."

He says he thinks and hopes the culture of the military has changed. In his unit, quarterly sexual harassment trainings are required. Still, he says, during one such session a presenter said the Army's goal was to reduce sexual assaults by 50 percent. People was aghast.

"You can't call the zero-tolerance if the goal is only 50 percent."

His impassioned response met with ridicule from some of his co-workers. People says he doesn't care. Now, he says, it's his turn to speak up.