Accessibility links
'Truevine' Tells The Tale Of 2 Black Albino Brothers Forced To Work For The Circus For years, black children around Roanoke, Va., heard the cautionary tale of Willie and George Muse, African American albino brothers who were kidnapped and forced to perform in a series of circuses. 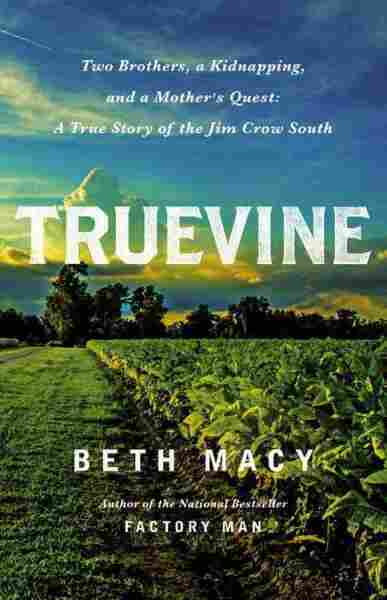 Two Brothers, A Kidnapping, and A Mother's Quest: A True Story of the Jim Crow South

When journalist Beth Macy first moved to Roanoke, Va. almost 30 years ago, a colleague told her about the best story in town that no one had ever been able to get: Two young African Americans, the Muse Brothers, had been stolen by a carnival in the late 19th or early 20th century — and exhibited in sideshows, because they were albinos.

Macy eventually did get the story, and it became her new book, Truevine. I went out to Roanoke to talk to her about it.

There was one woman who stood between Macy and the story: Nancy Saunders, grand-niece of the Muse Brothers and owner of a well-known Roanoke restaurant.

"When I first sort of sauntered in there and said, 'surely you're gonna let me write a story and interview your uncle — 'cause Willie was still alive, he was over 100 then," Macy remembers. "And she pointed to a sign on the wall and it said 'Sit Down and Shut Up.' And she kind of meant it."

It took Macy years to win Saunders' trust but eventually she opened up about her uncles, George and Willie Muse. She took care of them in their old age, and was fiercely protective of them — because as young men they had been stolen from the family, exhibited as freaks and paid nothing for years. Their story, as the family told it, begins in the tiny hamlet of Truevine, about a half hour's drive from Roanoke.

Truevine is little more than a crossroads with a church on one corner, an abandoned general store on another, and some houses scattered here and there. Beyond that, this is tobacco country.

We stop by one farm where workers are picking tobacco leaves and loading them on a truck, a process they tell us is called pulling. Today, it's Mexican guest workers pulling the tobacco on this farm, but in the early 20th century it was mostly the work of black sharecroppers, like the Muse family.

"It was hard hand work," Macy says. "They said they worked the shift from daylight to dark, which they called 'can-see to can't-see' or 'can to can't' for short." 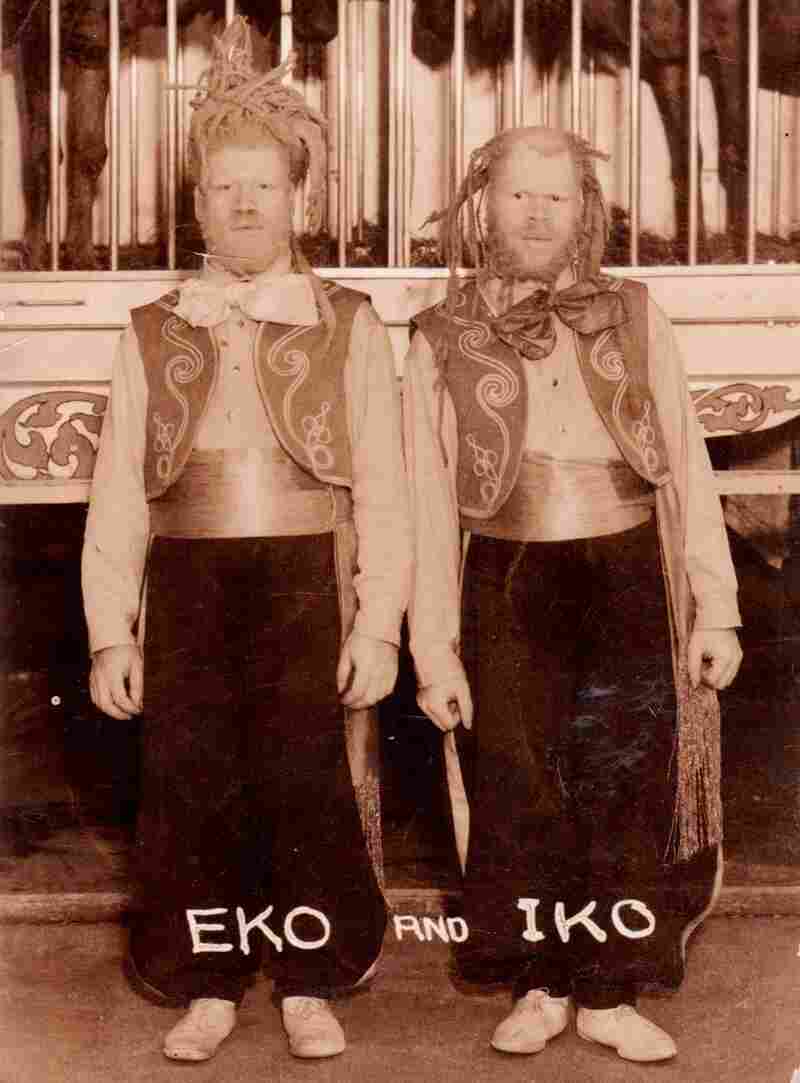 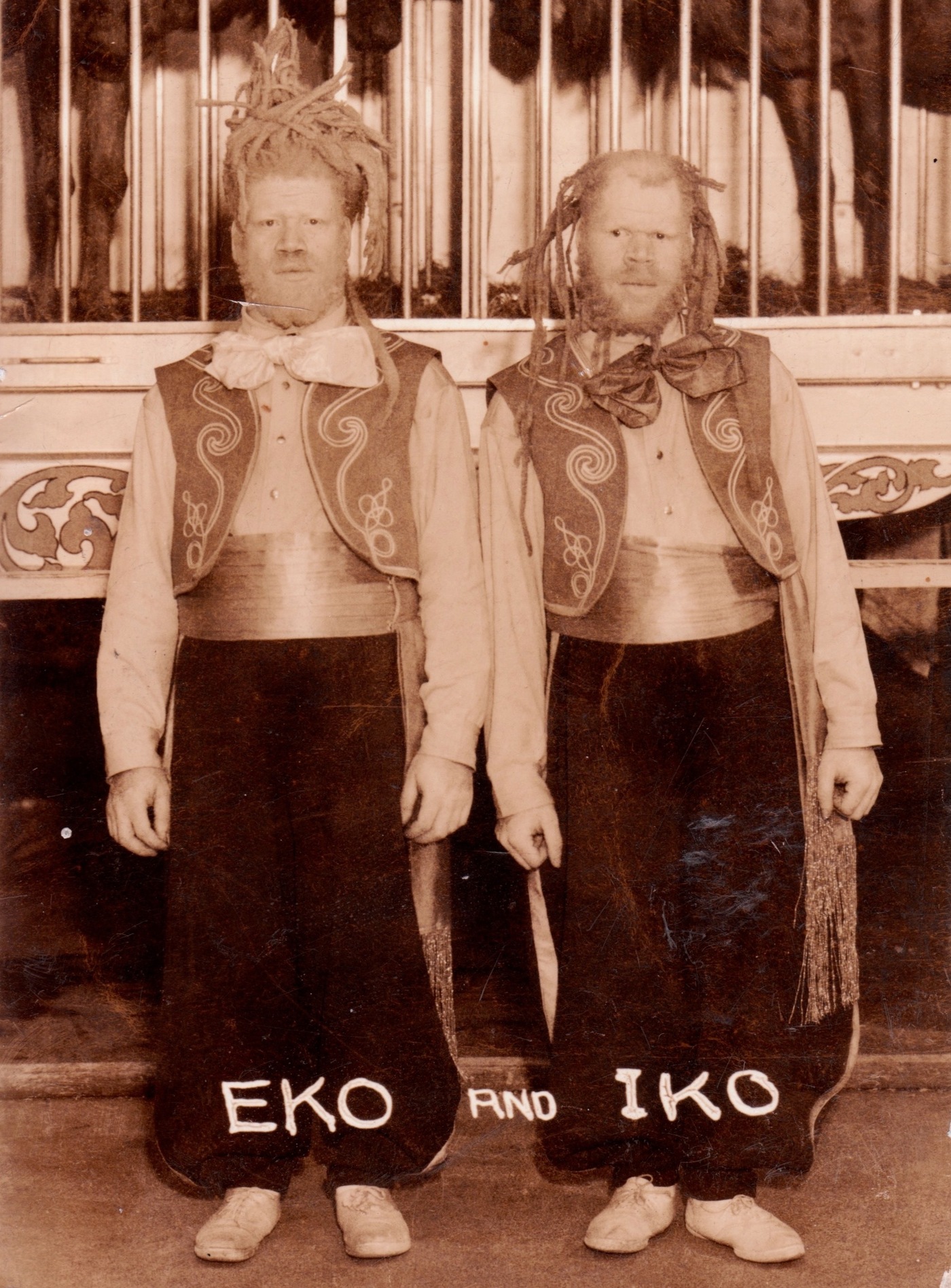 George and Willie Muse were frequently exhibited as Eko and Iko, dubbed the Sheep-Headed Men, or sometimes Ambassadors from Mars.

In the story the family and many old timers tell, the Muse brothers were working in a tobacco field when they were kidnapped by the man who would exploit them and control their lives for many years. But there are other versions of this story, as we learn when we visit the nearby home of A.J. Reeves.

102-year-old Reeves has lived in Truevine his whole life; the Muse Brothers were a cautionary tale for blacks in the Roanoke area when he was growing up. This was the Jim Crow South, where blacks never felt really safe. When a carnival came to town, kids were told: Be careful. You don't want to get kidnapped like the Muse brothers. There were lots of different stories. Some said they were taken outside the church. But that's not what A.J Reeves remembers.

"You thought they'd got 'em at the carnival in Rocky Mount," Macy prompts him.

"That's right," he says. "Every so often, not regular, maybe three or four times a year, they'd come around, stop by our town and put up a tent." What was the story about the Muse Brothers? I ask. "Oh," he says, "I heard they kidnapped them and kept them for several years."

But Macy uncovered another version of the story that involved the Muse Brothers' mother. For at least 13 years, Harriet Muse searched for her sons. The family says whenever a carnival or fair came to town she went looking for them. At one point, in an effort to track them down, she placed an ad in a newspaper. That led Macy to a startling discovery.

"There's some evidence that Harriet Muse may have initially leased the brothers out, and let them go with a carnival operator who was passing through Covington or Clifton Forge, Va., but she wanted them back, and she had no idea where they were," Macy says. 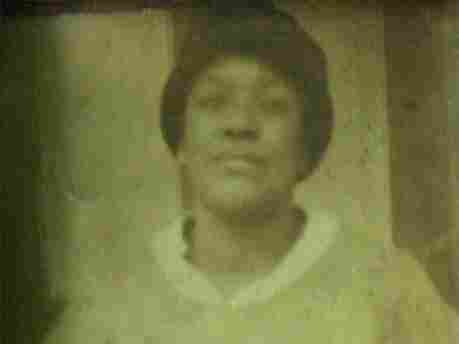 Willie Muse kept this small framed photograph of his mother Harriet by his bedside, even after he went blind in later life. Nancy Saunders hide caption

"Later, showman bragged about buying them from one carnival and then selling them to another like they were chattel. So there was no question they were exploited, there's no question that they worked for many years without pay. But teasing out what happened at the very beginning, there's two different stories there.

What does Macy herself think? "Uncle Willie Muse said he was stolen by a man named Candy Shelton who mistreated him for decades. And I'm not gonna go against what Uncle Willie says so if you ask me in my heart, I'm gonna go with his story."

Macy says Harriet Muse may have let her sons go with the carnival because she could not see a future for them. With their albino skin, working in the hot sun was dangerous, and the family had little money to support them. After years of looking she finally found them when the Ringling Brothers circus came to Roanoke in 1927.

By that time the Muse Brothers had left the local carnival circuit and were headliners with the country's biggest circus. They were musicians now, and were known as Eko and Iko, with a variety of lurid back stories to explain who they were and where they came from. They still were under the control of the man who said he was their manager. Harriet Muse nade her way to the side show and found a place in the front row where she could be seen from the stage.

"And George the older brother, elbowed Willie, and said, 'there is our mother, our dear old mother. She was not dead,'" Macy says. "They had been told to 'quit crying, your mama's dead,' and according to the press accounts they sort of dropped their instruments and came down and were enveloped by her."

I think of Harriet Muse as one fierce lady. She couldn't read. She had no education. She did labor her whole life. And she stood up to Ringling Brothers and Barnum and Bailey.

The circus called the police to protect their valuable resource. But Harriet Muse, a poor and powerless black woman, stood up to them and took her sons home. It was, says Macy, a remarkable accomplishment. Harriet Muse sued the powerful Ringling Brothers Circus — and won.

"I think of Harriet Muse as one fierce lady," Macy says. "She couldn't read. She had no education. She did labor her whole life. And she stood up to Ringling Brothers and Barnum and Bailey at a time where she was told where to work, where to sit, and she demanded that they pay attention to her."

The Muse Brothers went back to work for the circus, this time as paid employees. Over the course of their career, when anyone tried to take advantage of her her sons, Harriet Muse took them to court and won. She drew some income from the settlements, but she also put aside money for her sons. When they retired they lived in a house that was bought with their own earnings and they were taken care of by their family.