Accessibility links
Songs We Love: Dark Blue, 'Bombs On The Beach' The Philly post-punk band's intimate story of war gets under the skin, cold and heavy.

06Start of the World

Songs We Love: Dark Blue, 'Bombs On The Beach' 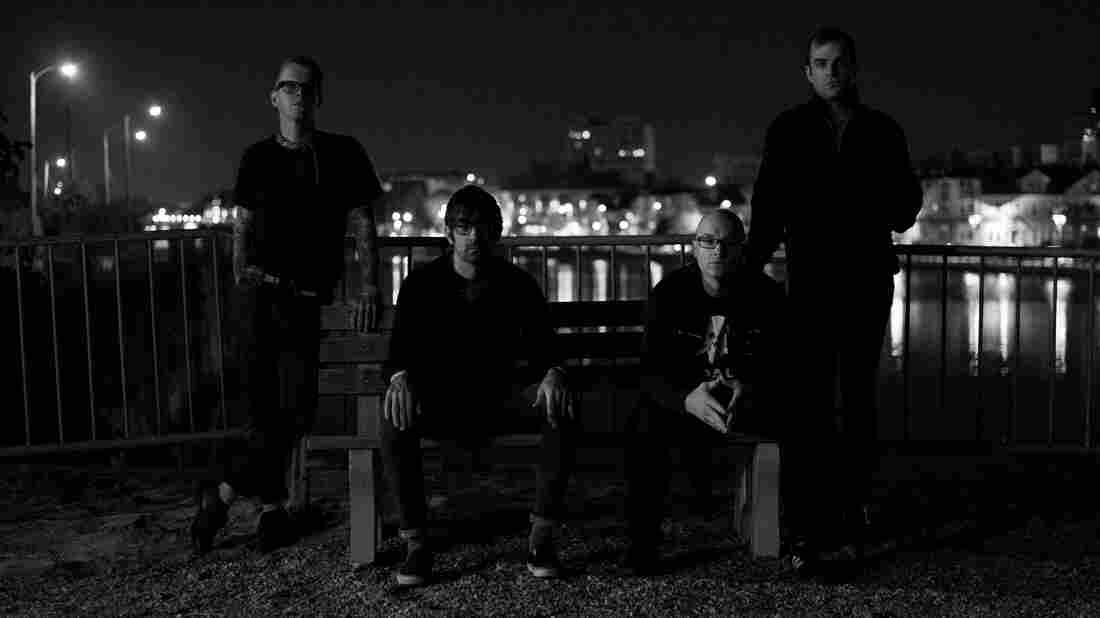 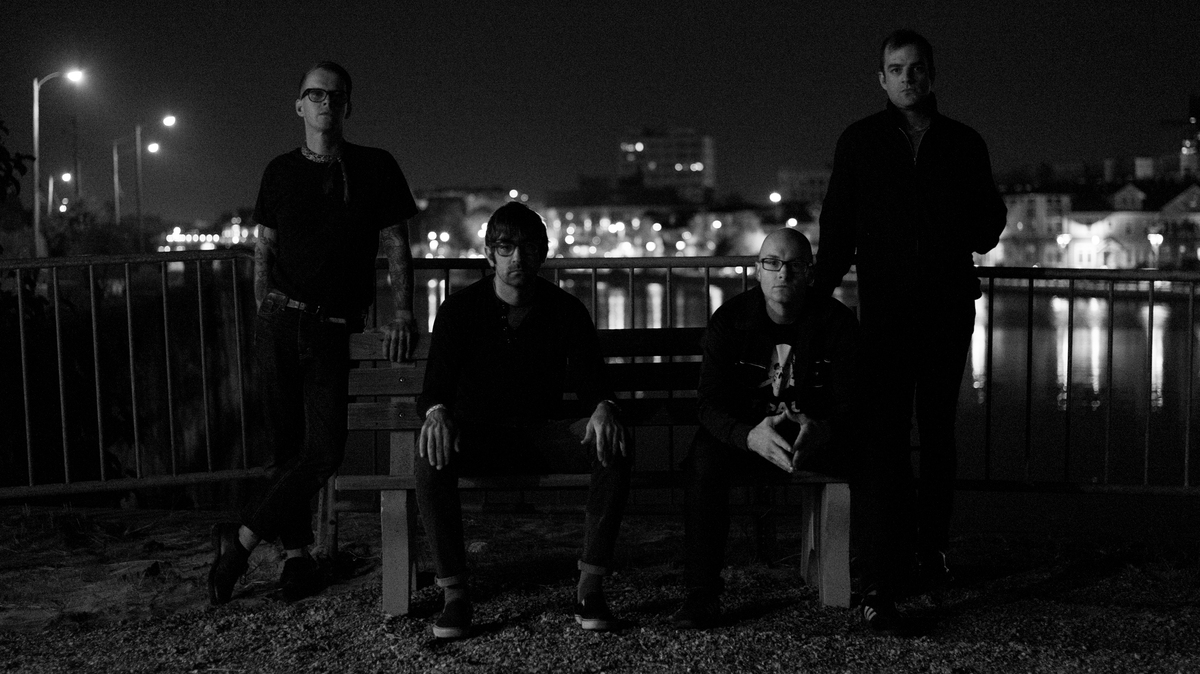 "Bombs On The Beach" begins in a dystopic place — the song from Philadelphia's pre-eminent post-punkers Dark Blue kicks off with a descending bass melody. Someone snaps, slow and pointed, giving the track a distinctly depressive doo-wop quality. When singer John Sharkey III enters the mix, it gets under the skin, cold and heavy — a song that is so intimately and crucially joyless, it should come with a warning.

The most distinguishing element of Dark Blue is Sharkey's baritone, somewhere between Joy Division's Ian Curtis and the sound of mechanical technology. Its depth is both haunting and attention-drawing, and everything he croons feels like a story. In "Bombs On The Beach," it's a tale about war.

"'Bombs On The Beach' is about the four Palestinian boys who were murdered on the beach by the Israel Defense Forces in the summer of 2014," Sharkey tells NPR. "Shelled like their lives were worthless. Target practice for slime. I remember sitting on the El train after reading about it and just thinking, 'You f****** animals.' I completed the lyrics on that train ride. It still makes me shiver to think of those kids. I'm tired of reading these stories. My heart can't take it anymore."

In the song, Sharkey sings from the perspective of one of the mothers of those boys — the only song on the band's upcoming LP, Start Of The World, sung from a voice outside his own. Near the end of the recording, his voice trembles, the result of facial muscles quivering and turning downward; he's unable to complete the narrative without sounding weepy. There's an inherent helplessness and hopelessness in inexplicable tragedy, and Dark Blue manages to illustrate the feeling of being defeated while offering a critique of what caused that feeling in the first place. It's a challenging listen, but one worth spending time with.