Accessibility links
Men: 44, Women: 0 | Hidden Brain A century after women won the vote in the U.S., we still see very few of them in leadership roles. Researchers say women are trapped in a catch-22 known as "the double bind." 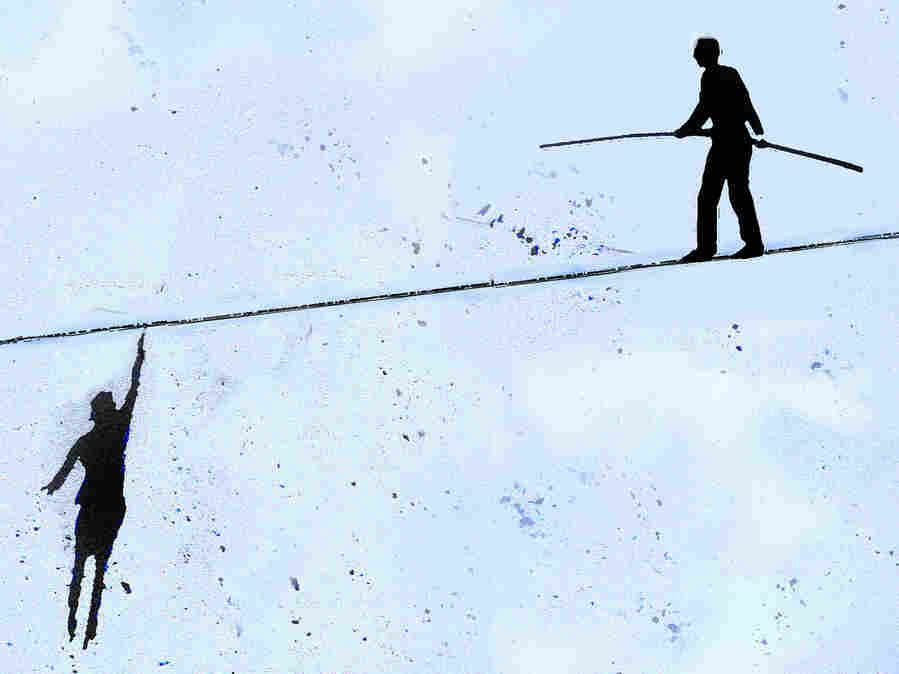 Our culture has long expected that women will be kind, and leaders will be authoritative. So what's a female leader to do when she confronts these conflicting stereotypes? Gary Waters/Getty Images/Ikon Images hide caption 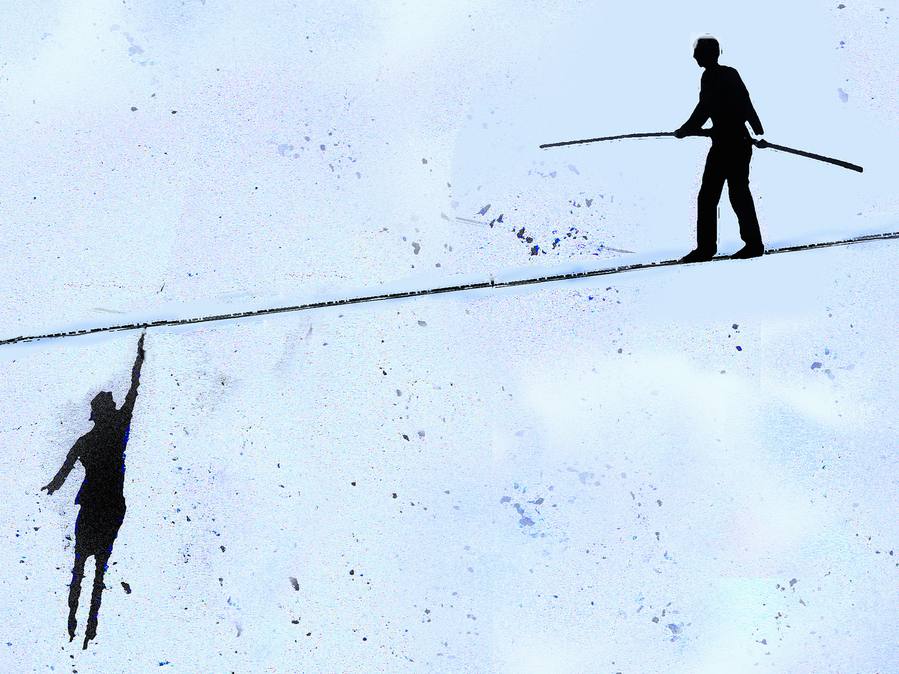 Our culture has long expected that women will be kind, and leaders will be authoritative. So what's a female leader to do when she confronts these conflicting stereotypes?

If men and women had an equal shot at the White House, the odds of this happening just by chance are about 1 in 18 trillion.

What explains the dearth of women in top leadership positions? Is it bias, a lack of role models, the old boy's club? Sure. But it goes even deeper. Research suggests American women are trapped in a paradox that is deeply embedded in our culture.

"It is really the very, very fine line of being a shrew on one hand and a puppet on the other that any woman in public life has to walk," says former U.S. Sen. Carol Moseley Braun, a Democrat from Illinois.

When Moseley Braun was elected to the U.S. Senate in 1992, she achieved a powerful first. She was the first female African-American senator. And in her race for office, she assumed that racism would be a more daunting obstacle than gender bias. But she says, that wasn't the case.

"I think in some regards the gender biases are more profound and more central to our culture than even the racial ones, and that to me was the surprise."

One moment in particular still stays with her, more than 20 years later.

"There was a cartoon from one of the newspapers in the state that showed me as a puppet, with my campaign manager's hand up my dress," she says. "And the idea that I was a puppet of this guy that who was managing my campaign was shocking to me."

But shortly after Braun won her race, she says she confronted a second trap. One day, she made an impassioned plea on the floor of the Senate. But she says, all her colleagues could hear, was a shrill black woman.

Her experience is one that researchers have described as a "double bind" — a set of assumptions that get at our implicit assumptions about men, women and leadership.

"The female gender role is based on the stereotype that women are nice and kind and compassionate," says social psychologist Alice Eagly. By contrast, she says, "in a leadership role, one is expected to take charge and sometimes at least to demonstrate toughness, make tough decisions, be very assertive in bringing an organization forward, sometimes fire people for cause, etc."

Connie Morella served for 16 years as a Republican congresswoman from Maryland. Like Democrat Braun, she says at times she struggled to be heard.

"In a committee room, when I wasn't chair of the committee, I would respond to a question or comment on an issue, [and] they'd say, 'Thank you, Connie, that was great.' And a little later Congressman Smith would say the same thing, and it was, 'Oh, Congressman Smith ... that was fabulous, let the record show ...' and I'd think, 'Gee, I just said that.' "

How can we tell, with scientific certainty, whether women like Morella and Carol Braun were the victims of bias? When we look at a female leader who appears incompetent or shrill, how do we know if we are seeing reality, or just seeing the world through the lens of our own unconscious biases?

That's where researchers like Madeline Heilman come in. She's a psychology professor at New York University who focuses on gender stereotypes and bias, particularly when it comes to leadership. In one study, Heilman asked volunteers to evaluate a high-powered manager joining a company. Sometimes volunteers are told the manager is a man, other times they're told it's a woman.

In these studies, the high-powered male and female manager are described in identical terms, down to the letter. The only difference is that one is said to be a man, and the other is said to be a woman.

The biases Heilman describes aren't just held by men. They're held by both sexes, which explains why many female leaders encounter derision and suspicion from men and women.

"We have very strong feelings about how men and women are, and that leads to this dislike when they go over the line, when they tread where they are not supposed to be."

The good news, says psychologist Eagly, is that our culture's views are always changing. And that includes our views on women, men and the meaning of leadership — whether in elected office or the workplace.

The Hidden Brain Podcast is hosted by Shankar Vedantam and produced Maggie Penman, Jennifer Schmidt, and Renee Klahr. Our supervising producer is Tara Boyle. You can also follow us on Twitter @hiddenbrain, and listen for Hidden Brain stories each week on your local public radio station.