Accessibility links
Hillary Clinton Is Competing In Traditionally Red States Like Arizona And Texas The Clinton campaign is running a new ad in the Lone Star State, but it is more seriously targeting Arizona and other traditional GOP states as her position in typical battlegrounds looks stable. 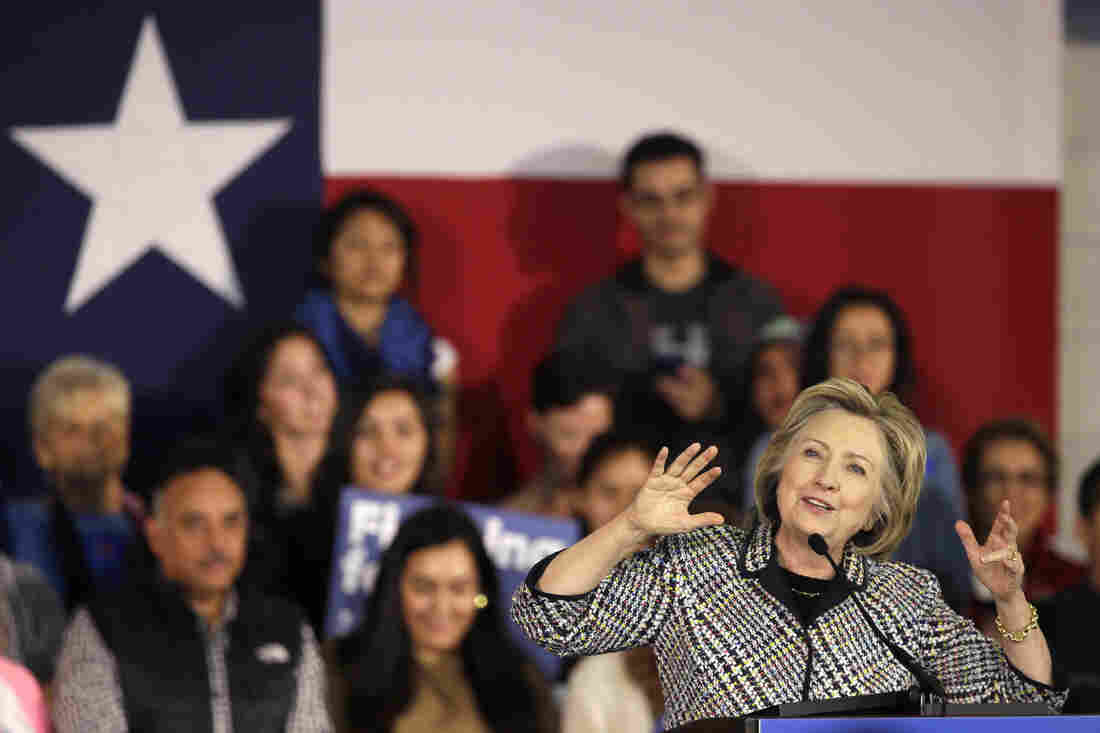 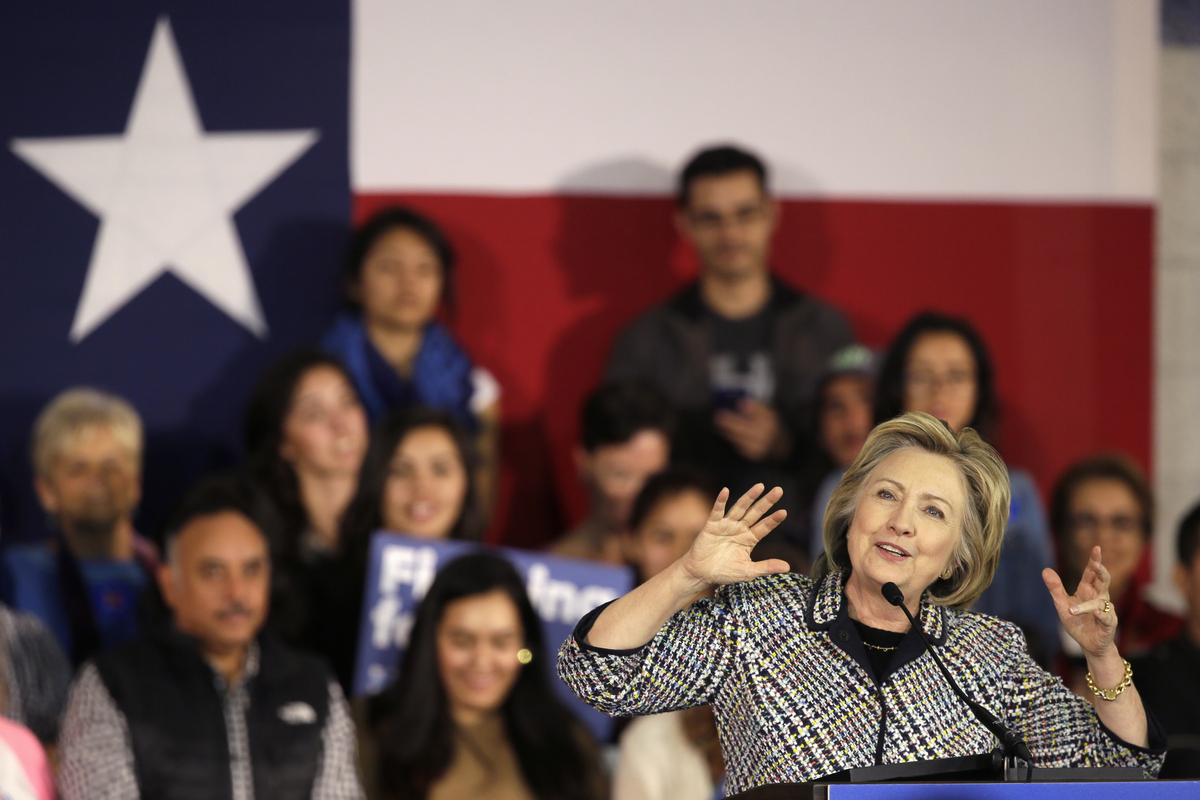 Democrats have fantasized about turning Texas blue for a long time. And Hillary Clinton sees a slight opportunity to do that.

Some recent polls show the race between Clinton and Donald Trump there in single digits. A new ad from the Clinton campaign running in Texas touts her endorsement from the Dallas Morning News, which hasn't picked a Democrat for president in more than 70 years.

The ad is getting only a limited run, and it seems utterly unlikely that Clinton could actually win Texas. Though the state's large Latino population, combined with where Trump has led the GOP with his rhetoric about Mexicans and policy on immigration, could soon make winning Texas a real possibility for Democrats.

There are other reliable Republican states where the Clinton campaign is investing more seriously, which is a sign of where the race stands. Clinton is positioned to win the White House if she gets just the battleground states that are already leaning to the Democrats. Her campaign says it's putting the "lion's share" of resources in traditional battleground states like Ohio and North Carolina, which remain toss-ups. But they also have the luxury of being able to invest in some states that traditionally go to Republicans.

Arizona has voted Democratic only once in a presidential race since 1952. Recent polls show a dead heat in that state, and the Clinton campaign believes Trump's rhetoric about Mexicans will motivate Latinos in the state to turn out for the Democrats.

Clinton campaign manager Robby Mook described the race there as an "uphill climb" in a call with reporters on Monday. But high-profile surrogates — Michelle Obama, Chelsea Clinton and Bernie Sanders — are all campaigning there this week. The campaign is investing $2 million there in TV ads and other voter outreach.

The campaign is also spending $1 million in Missouri and Indiana focused on getting out the vote. Trump is leading in both states, but like Arizona, they have competitive Senate races.

So if Clinton is confident in her position in enough battleground states to clear 270 electoral votes, and has some money to spend in the last three weeks of the campaign, putting some funds into states that could help secure a Democratic majority in the Senate next year makes sense. "It's always been important to Secretary Clinton that we partner together with all candidates," Mook said.

This spending also puts Republicans on defense in a way they wouldn't be if Trump were more competitive in states like Virginia, Colorado and Michigan. That would have caused the Clinton campaign to pour everything into defending those electoral votes instead of being able to expand its map.

Utah has tempted Democrats in recent weeks. Independent candidate Evan McMullin, a conservative former CIA agent who is Mormon, is pulling support on the right. Recent polls have shown Trump, Clinton and McMullin all near 30 percent, though Trump has maintained a slight edge. GOP leaders in the state were quick to pull their support from him when that 2005 Access Hollywood tape was released showing Trump bragging about groping and kissing women.

Asked about that on a call with reporters on Monday, Mook noted that the campaign has offices in Utah, as it does in all 50 states, but did not suggest any extra investment there.

Georgia is another GOP state that the Clinton campaign is keeping its eye on, though Trump has maintained a lead there in recent polls. The state's sizable African-American and growing Latino populations could keep the margins closer than Republicans would like, but a Clinton victory in Georgia would signal a monumental landslide.

Trump himself touted his narrow lead in Georgia a few weeks ago, which is not something most Republican presidential candidates would be highlighting.

The obvious problem for Trump is that there's no serious discussion of him competing in reliable Democratic states. Of all the swing states, he may be best positioned in Iowa — which voted twice for Barack Obama. He is also keeping things close with Clinton in Ohio, Nevada and North Carolina.

For Clinton's team, the desire is to not just beat Trump, but to trounce him. She talks about the choice in this election in moral terms, and her allies have talked of demonstrating that Trump's candidacy was rejected by the country in the strongest possible terms on election night.

Back in June, the head of the pro-Clinton superPAC Priorities USA Action, Guy Cecil, said, "We must not just defeat Trump. We must defeat him soundly, among as many Americans and in as many states as possible."

Given Trump's talk of a "rigged" election, the mission for Clinton might expand beyond just rejecting his message, to eliminating any doubt the GOP nominee may cast on the outcome of the race.