Accessibility links
President Obama To Donald Trump: 'Stop Whining' Obama said that the GOP nominee's claims that the election will be rigged threaten to undermine American democracy and show that he's not able to handle the pressures of the Oval Office. 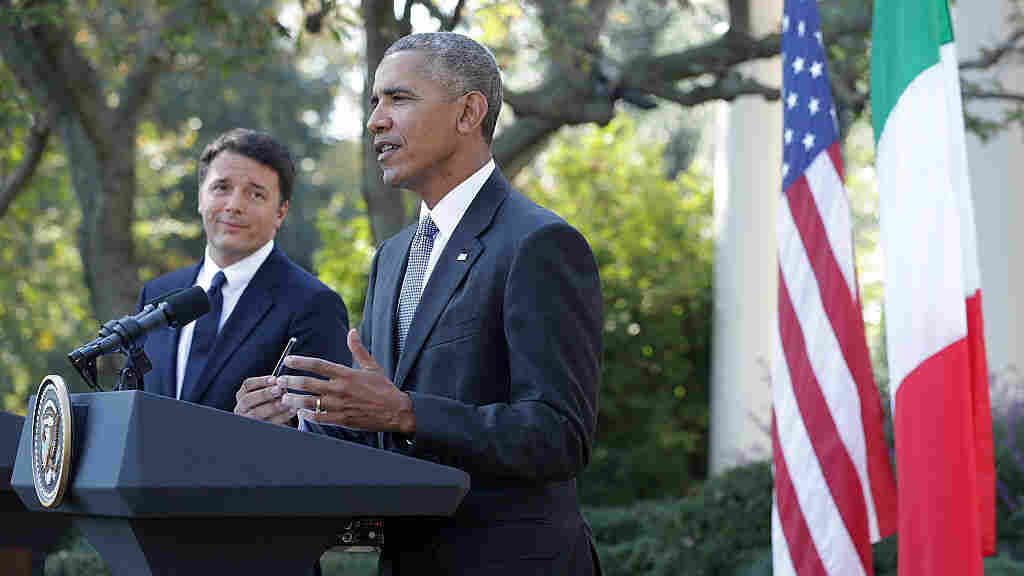 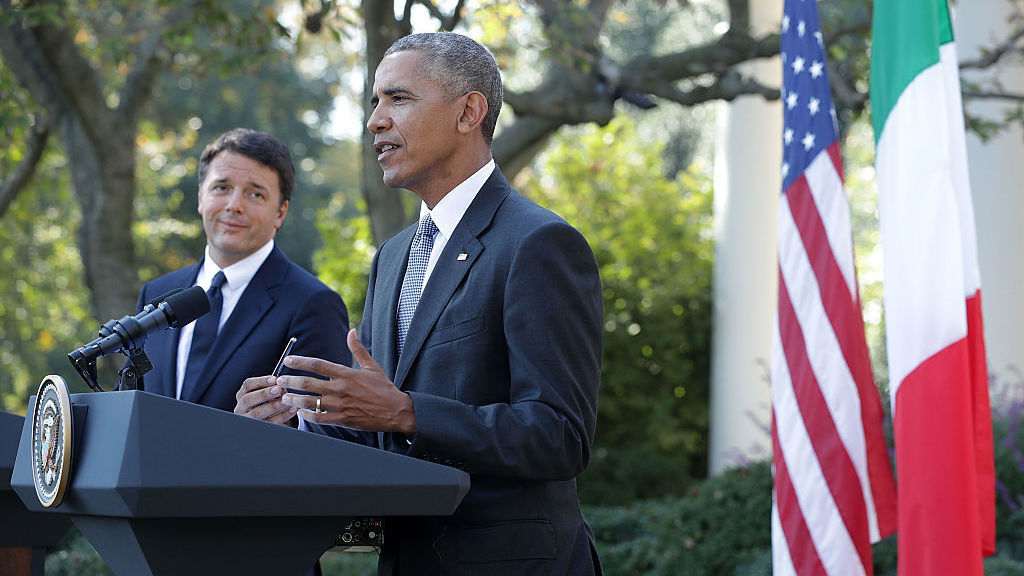 President Obama had some harsh words for Donald Trump's charges that the presidential election is going to be rigged — "Stop whining."

With the GOP nominee trailing Democratic nominee Hillary Clinton in the polls, Trump has turned to claiming that if he loses, the election is rigged. Both Democrats and Republicans have called such rhetoric very dangerous, and election law experts, including Ohio State University's Edward Foley on Tuesday's Morning Edition, have said such a scenario is "extraordinarily unlikely."

In a Tuesday afternoon Rose Garden press conference with Italian Prime Minister Matteo Renzi, President Obama served up some of his harshest criticism yet of Trump's baseless claims. He said such talk threatens to undermine American democracy at its very core, especially the peaceful transfer of power.

"I have never seen in my lifetime, or in modern political history, any presidential candidate trying to discredit the elections and the elections process before votes have even taken place," the president said. "It's unprecedented. It happens to be based on no facts."

You start whining before the game's even over, if whenever things are going badly for you and you lose you start blaming somebody else, then you don't have what it takes to be in this job.

And Obama pointed out that many battleground states, such as Florida, are run by a Republican governor and his Republican appointees who are backing Trump.

"The notion that somehow if Mr. Trump loses Florida it's because of 'those people' that you have to watch out for," referring to language many have interpreted as directed toward minority voters, "is both irresponsible, and by the way, doesn't really show the kind of leadership and toughness that you'd want out of a president."

And, the president argued, it shows such a person who cries foul isn't ready for the challenges of the Oval Office.

"You start whining before the game's even over, if whenever things are going badly for you and you lose you start blaming somebody else, then you don't have what it takes to be in this job," he said.

"But the larger point that I want to emphasize here is that there is no serious person out there who would suggest somehow that you could even, you could even rig America's elections, in part because they're so decentralized, and the numbers of votes involved," President Obama said. "There's no evidence that that has happened in the past, or that there are instances in which that will happen this time."

"And so, I'd advise Mr. Trump to stop whining and go try and make his case to get votes," he concluded.