Accessibility links
Third And Final Presidential Debate: What To Watch For Donald Trump and Hillary Clinton face off one last time before Election Day. Wednesday's debate in Las Vegas follows a week in which Trump ramped up claims of a rigged election. 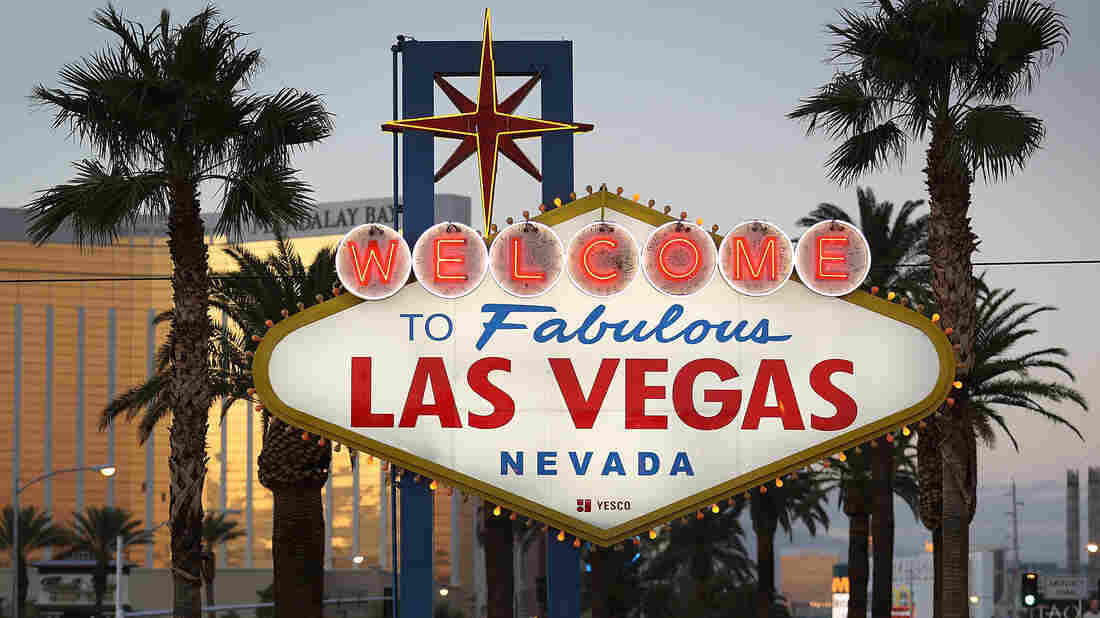 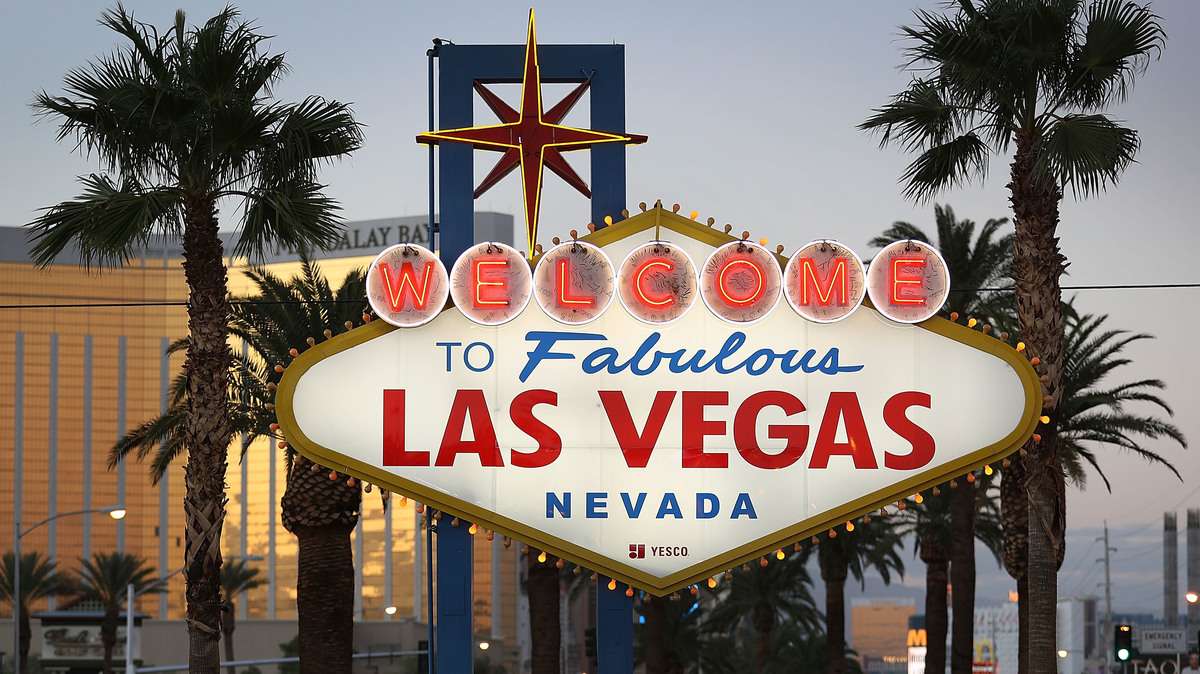 Hillary Clinton and Donald Trump will descend on the Thomas & Mack Center in Las Vegas on Wednesday night for their final presidential debate.

The final presidential debate between Hillary Clinton and Donald Trump is on Wednesday at 9 p.m. ET. It's the last chance either candidate will have to make a closing argument before tens of millions of voters.

It follows yet another unprecedented week in the campaign, in which Trump has repeatedly questioned the legitimacy of the election, predicting that it will be stolen from him through media bias and massive voter fraud.

Clinton has a lead in the polls nationally and her battleground map of opportunities appears to be growing. The Clinton campaign is even talking about making an aggressive play for Arizona.

Here are four things to watch for as the two candidates meet in Las Vegas.

1. What is Trump's strategy?

That hasn't been clear in the past couple of weeks. When you type "Is Trump trying" into the Google search bar, the first thing that comes up is "to lose."

This question has been Googled millions of times, probably because it's so hard to understand Trump's strategy. Lashing out at women who have accused him of sexual assault, railing against disloyal Republicans and the "Corrupt Clinton Machine" and warning about vote rigging are all designed to energize his base, not expand his vote.

But polls show Trump's floor and his ceiling are converging. He's stuck in the high 30s or low 40s and can't seem to move beyond his hardcore supporters. In Las Vegas, will Trump continue his scorched earth campaign or will he return to his economic arguments about jobs and trade and immigration — an anti-establishment message without the conspiracy theories?

2. Will Trump commit to accepting the results of the election?

He's certain to be asked about this by the moderator, Fox News' Chris Wallace. His claim — before all the votes are cast — that the election results will not be legitimate because the system is rigged against him has alarmed Republicans and Democrats.

A peaceful transfer of power and faith in the integrity of our voting system make up a foundational principle of democracy. Trump seems to be trying to undermine both. Republican secretaries of state and House Speaker Paul Ryan have pushed back, saying they are confident the votes will be counted fairly.

It's not clear whether Trump is trying to lay out an explanation in case he loses (that the rigged system never gave him a chance) or if he plans to contest the results. This line could backfire on Trump, discouraging his own voters from going to the polls if they think the fix is in and Trump doesn't stand a chance.

Trump has told his voters they should volunteer to be poll watchers in minority communities on Election Day in order to report fraud, but he hasn't told them what he wants them to do after Nov. 8 if he loses. Maybe he will at the debate.

3. How will Clinton handle questions about WikiLeaks?

The U.S. government has concluded that the hack of Clinton campaign chairman John Podesta's emails was authorized by Russian security agencies, who handed them over to WikiLeaks for release. Coverage of the hacked emails has been overshadowed by the easier-to-grasp Trump sex scandals, but the emails are sure to come up in the Las Vegas debate.

Most of the content is embarrassing rather than damaging to Clinton, but the release has only exacerbated her reputation for dishonesty and opaqueness. Even as her poll numbers against Trump continue to improve, her ratings on trustworthiness remain terrible.

The Las Vegas debate will give her a chance to explain why she was so chummy with Wall Street bankers when they were paying her hundreds of thousands of dollars to speak to them, but has been much tougher on them while she's campaigning. She'll also have a chance to answer questions about her private email server and the Clinton Foundation. In the past, her answers have been lawyerly and sometimes evasive. Tonight will be her last best chance before Election Day to put those concerns to rest — if she can.

4. Will Clinton make an affirmative case?

Clinton is a cautious politician and the temptation to sit on her lead is strong. That was her strategy in the second debate. She now has a choice in Las Vegas: She can continue her successful strategy of disqualifying Trump, or she can do what many Democrats are calling on her to do in the final weeks of the campaign and make an affirmative case for herself.

There hasn't been much uplift in the 2016 campaign. Wednesday's debate gives Clinton a chance to offer a positive vision and explain why she wants to be president. If voters don't understand what to expect if they elect her, she won't have much of a mandate to govern. That's even more important since if she wins she'll be taking office with the highest disapproval rating of any new president in U.S. history.

"Stronger Together" is mostly a contrast to Trump's divisive rhetoric. It's not a message about what she wants to accomplish. This is something Clinton has struggled with throughout her campaign. She has dozens of programs, but no simple unifying theme.

President Obama had this problem, too. "Hope and Change" inspired a lot of people but it didn't help him get a mandate for health care reform. One of the leaked emails summed up Clinton's challenge. Her top strategist, Joel Benenson, wrote to other campaign strategists, "Do we have any sense from her what she believes or wants her core message to be?"