Accessibility links
Controversy Over Federally Owned Lands May Not Get Attention In The Final Presidential Debate In Nevada, 81 percent of the land is owned by the federal government. It's a number that's hugely controversial — and one that may not get much attention in the final presidential debate Wednesday. 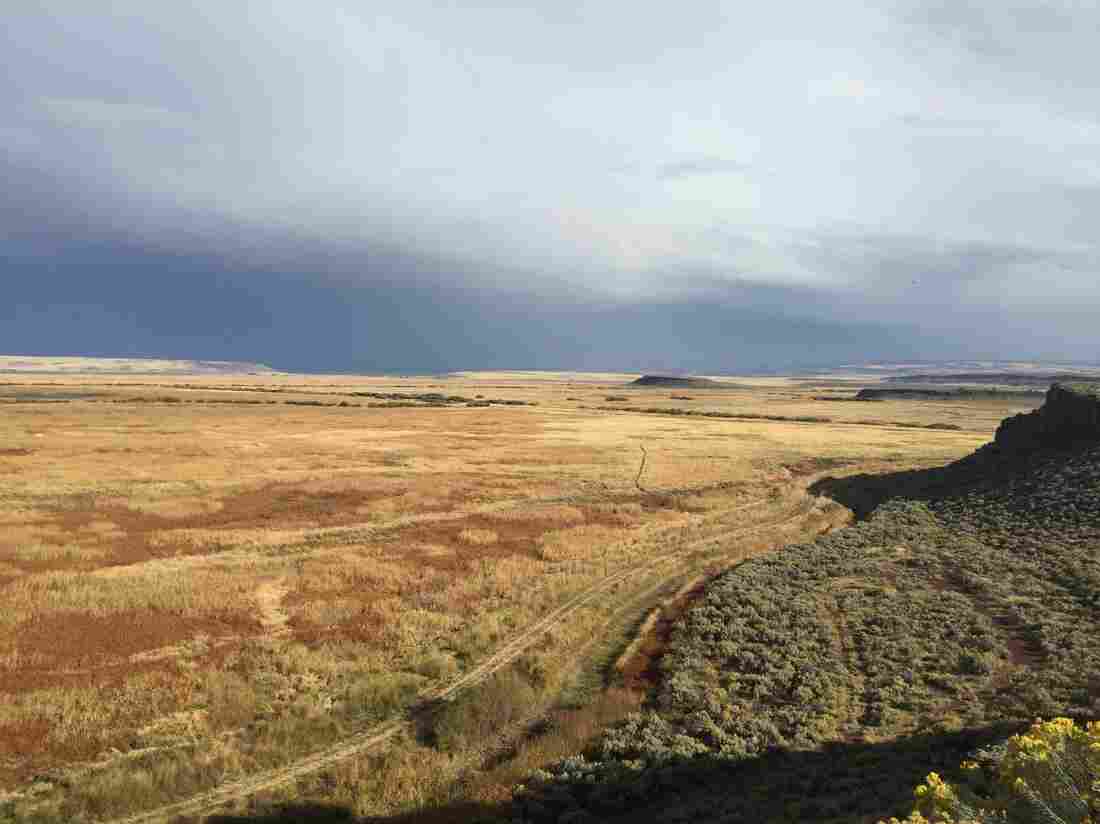 Armed militants seized the Malheur National Wildlife Refuge in Oregon earlier this year as part of what they said was a political protest over the federal government's control of public lands in the West. Kirk Siegler/NPR hide caption 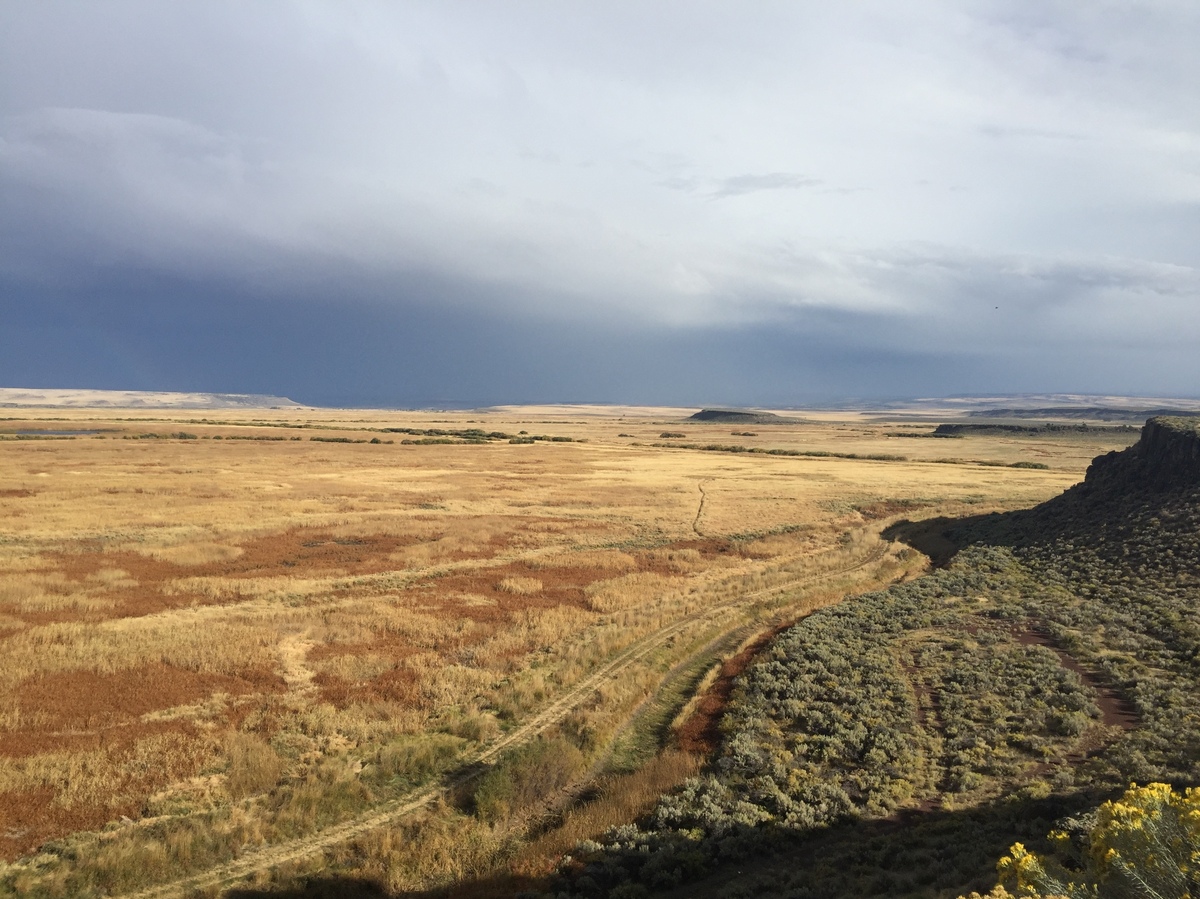 Armed militants seized the Malheur National Wildlife Refuge in Oregon earlier this year as part of what they said was a political protest over the federal government's control of public lands in the West.

When Hillary Clinton and Donald Trump meet for their third and final debate in Las Vegas on Wednesday — the only one held in the West — they'll be sparring in an important swing state where six electoral votes are up for grabs.

But there's another number you should know about that likely won't get much attention, even though it's hugely important to many Westerners: 81 percent. That's the amount of land in Nevada that's currently owned, operated and controlled by the federal government.

Like in much of the Mountain West, the federal government's ownership and management of public lands in Nevada is hugely controversial — in Nevada, the government owns 58 million acres. Decisions about who gets to do what on those lands are almost always political and the subject of bitter fights, in large part, because in rural areas, many people's livelihoods are at stake — whether they be federal employees, outfitters, tour guides or ranchers.

So this past summer when the Republican National Committee quietly included a provision in its 2016 platform calling on Congress to transfer federal public lands to states, the move didn't go unnoticed out West.

"Congress shall immediately pass universal legislation providing for a timely and orderly mechanism requiring the federal government to convey certain federally controlled public lands to states ... The residents of state and local communities know best how to protect the land where they work and live," the RNC wrote.

In rancher Stanton Gleave's home state of Utah, more than 70 percent of the land is owned by the Bureau of Land Management, the U.S. Forest Service or the National Park Service.

"The last thing our Founding Fathers wanted was for a federal government to be out here in our business," Gleave says. He says he's frustrated with bureaucrats in Washington making top-down decisions and would rather see locals in charge of the land.

The last thing our Founding Fathers wanted was for a federal government to be out here in our business.

"I could make a good living if I didn't have to comply with all the government rules, if we could just be left alone to ranch," Gleave says.

Lawmakers in several Western states — Nevada included — have passed or considered resolutions in support of transferring federal land to local control for some of these very reasons.

But Utah has gone the furthest. After the state passed a law in 2012 demanding that 30 million acres of federal land be turned over to the states, lawmakers earmarked several million dollars to mount a lawsuit against the federal government. But the state has since signaled that lawmakers will wait until after the presidential election to decide whether to proceed.

The so-called land transfer movement had been gaining national momentum — until recently.

Nevada was the site of a dramatic, armed standoff over cattle grazing between Bureau of Land Management agents and rancher Cliven Bundy in 2014. Earlier this year, Bundy's sons staged the armed occupation of the Malheur National Wildlife Refuge in Oregon. The Bundys and other militants are currently facing federal conspiracy charges and possible lengthy prison terms. 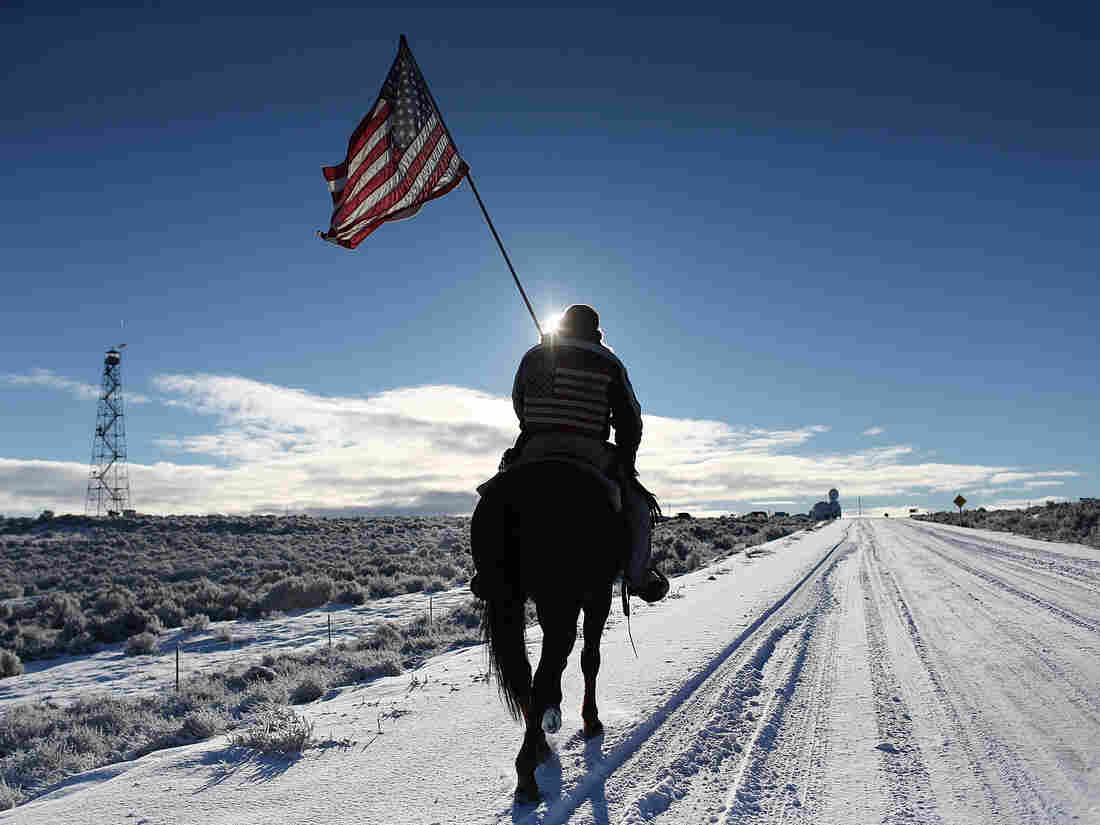 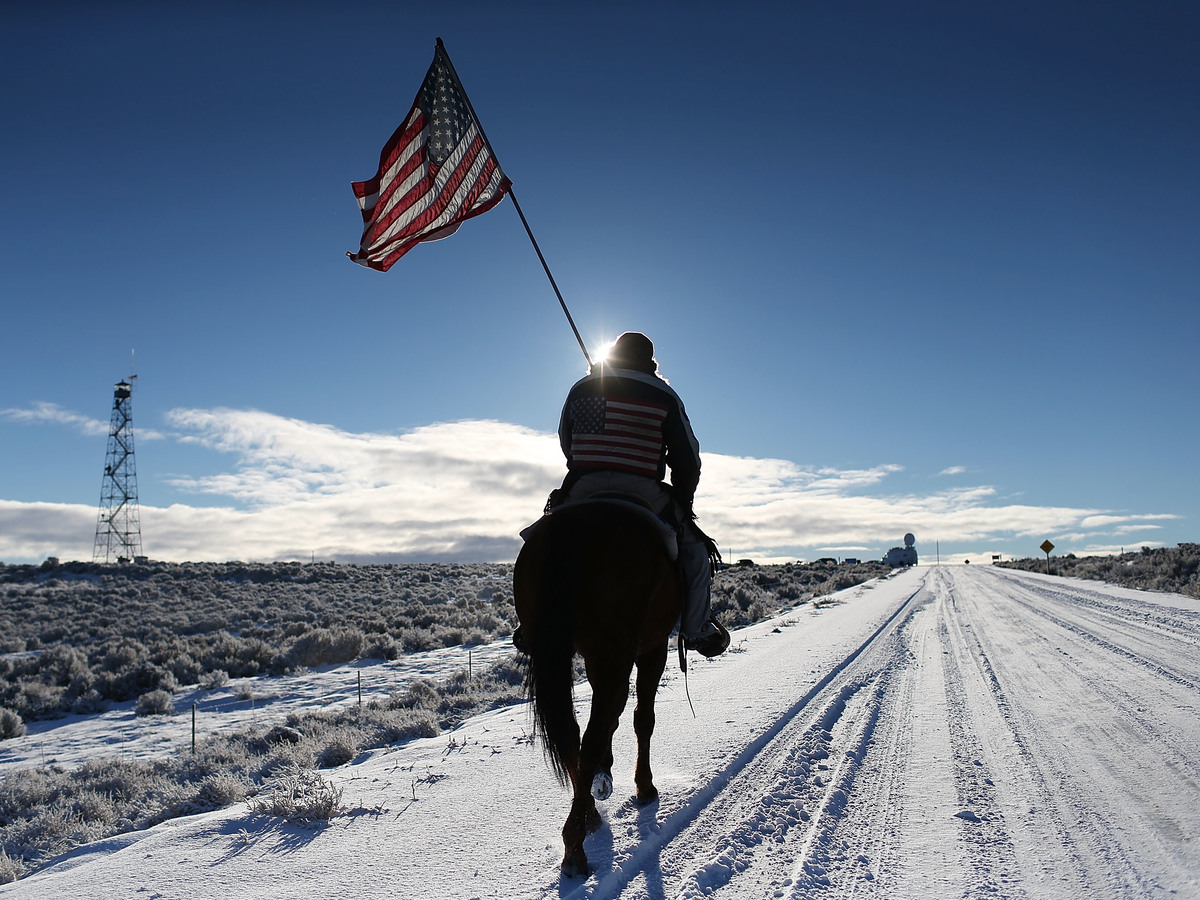 Many conservative state lawmakers and members of Congress who originally backed transferring the land now find themselves in an awkward political position.

Jennifer Fielder, a state lawmaker from Montana who heads a pro-transfer group called the American Lands Council, recently told The New York Times that the Bundys drew attention to the land issues, "but in some ways, it was very negative attention, unfortunately. The majority of us are committed to a civil process that is going to be peaceful and isn't going to get anybody killed."

This might also explain why the issue of federal lands has received scant attention among Republicans on the campaign trail, even as nominee Donald Trump has spent extensive time in Western states like Nevada and Colorado.

It would be a huge chunk of our legacy that we're in danger of losing. It's a great idea in theory, but in practice it just doesn't work.

Ed Putnam, board member with the Oregon chapter of Backcountry Hunters and Anglers

Earlier this year, Trump did criticize the Bureau of Land Management's oversight of federal land in Nevada in particular. But in a June interview with Field and Stream Magazine in Las Vegas, he appeared to oppose the idea of a full-blown transfer: "I don't like the idea because I want to keep the lands great, and you don't know what the state is going to do. I mean, are they going to sell if they get into a little bit of trouble?"

If the land is transferred, the argument goes, states wouldn't be able to shoulder the costs of major federal expenses such as wildfires or watershed management that benefit ranchers, and they'd be forced to sell the land to private interests such as timber or mining companies.

It's a rare instance where Democrats and conservation groups are on the same page as Trump.

"It would be a huge chunk of our legacy that we're in danger of losing," says Ed Putnam, a hunter and board member with the Oregon chapter of Backcountry Hunters and Anglers. "It's a great idea in theory, but in practice it just doesn't work."

Even in conservative eastern Oregon, site of the January occupation of the Malheur National Wildlife Refuge, many ranchers who have long struggled to comply with federal land policies oppose the idea.

"I don't think there's any way that would work," says Gary Miller, who ranches near Burns. "You'd have the same set of issues [but] with a huge financial burden."

So it was a bit of a surprise then to see the language calling for an immediate federal land transfer still included in the 2016 RNC platform ratified in Cleveland last July. But if nothing else, it was just the latest reminder that the outcome of this election could have some sweeping implications.