Accessibility links
Divide Over Immigration Inspires Hope And Fear Of Donald Trump In Nevada The area around Reno is one of the hottest battlegrounds in 2016. It's also a place where rapid demographic change is underway — exposing divisions between native and foreign-born residents.

5:22
Across A Divide On Immigration, Trump Inspires Hope And Fear In A Changing Nevada 5:22 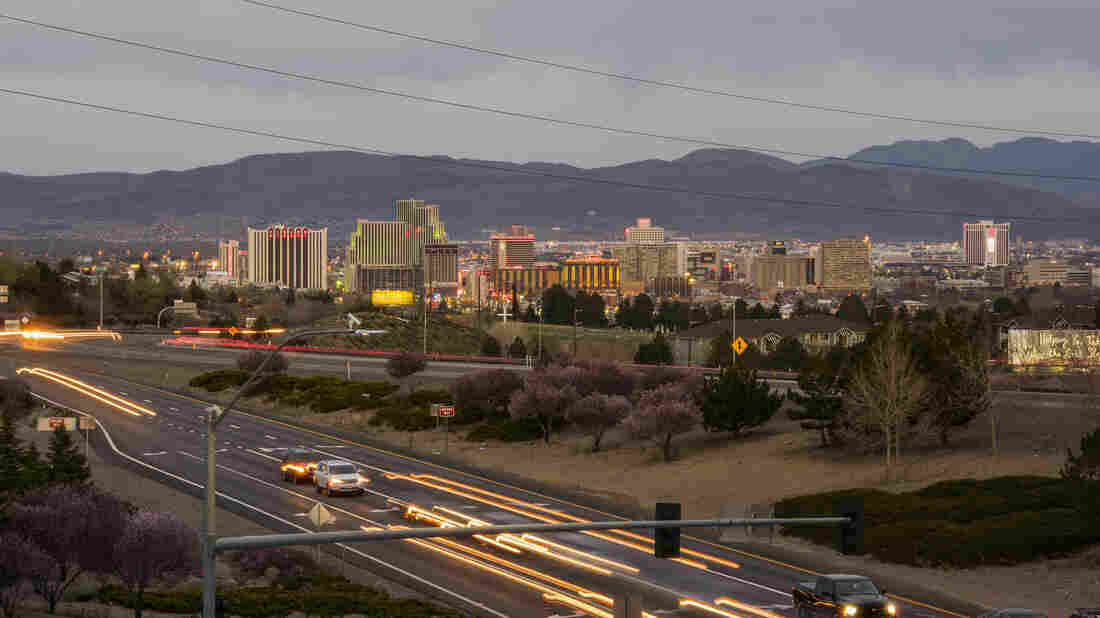 The area around Reno, Nev., is seeing some of the demographic changes that have been at the center of some of the most contentious debates of this campaign. Bloomberg via Getty Images hide caption 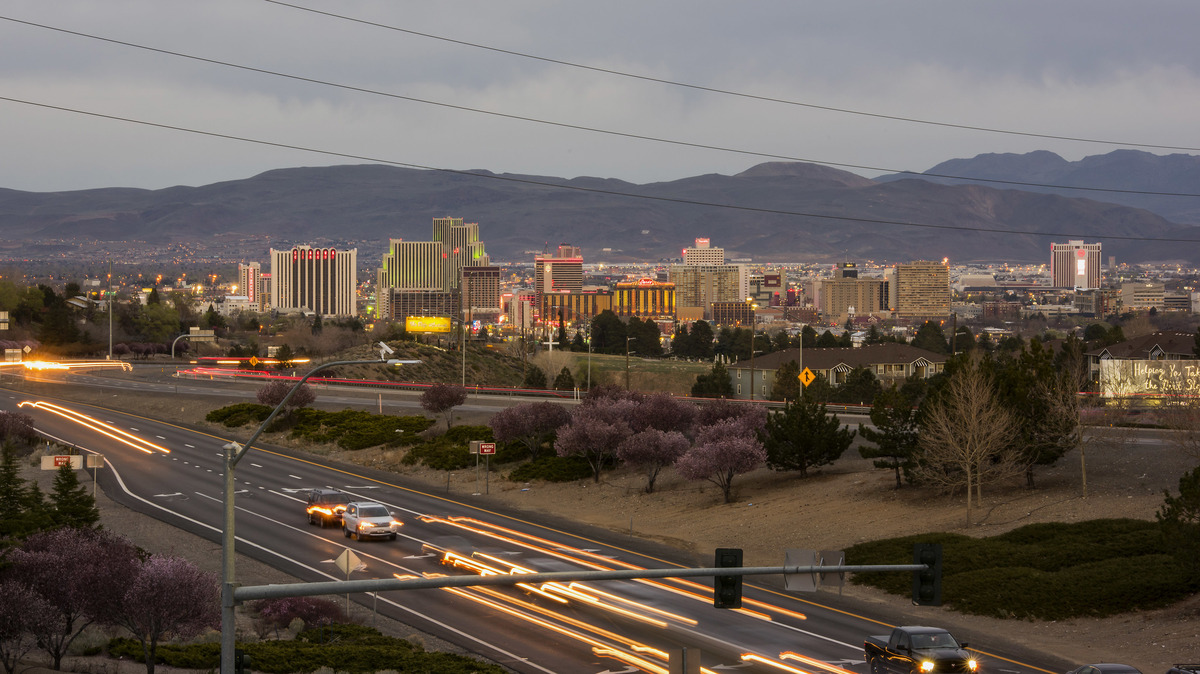 The area around Reno, Nev., is seeing some of the demographic changes that have been at the center of some of the most contentious debates of this campaign.

Brent Harger of Washoe County, Nev., says he has always voted, but until this year, he'd never really gotten involved in politics.

"I've always been told my voice means nothing. I don't believe that," Harger says. "And there's a lot of people that are scared to even say anything today because they don't think their voice means anything." 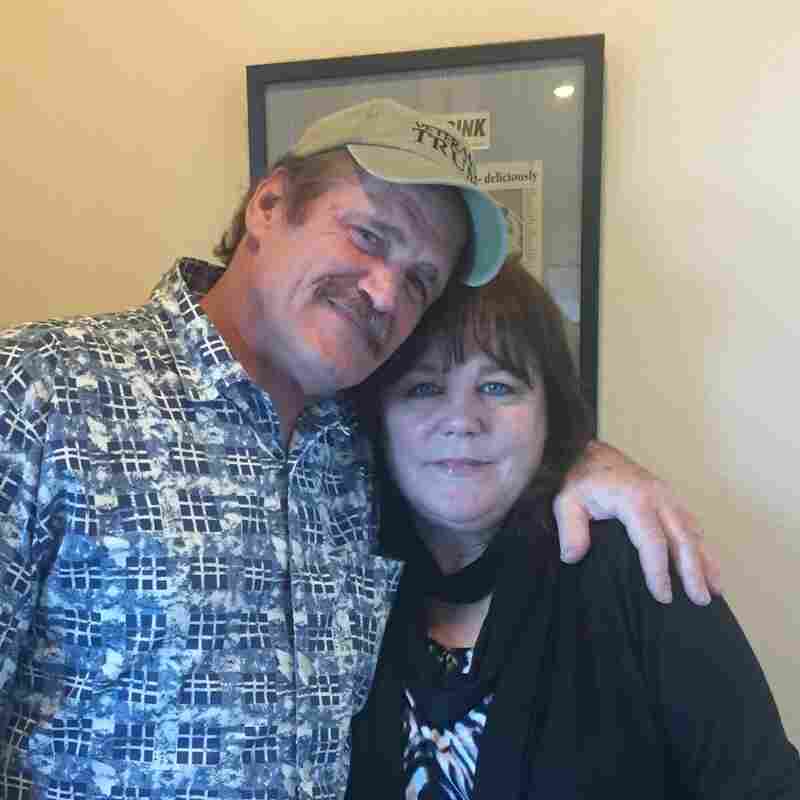 Brent and Lesley Harger don't like the kind of change they see in Washoe County, Nev. "We just keep our eyes open and we're vigilant because of the way the terrorists, you know, are coming into our country," Lesley Harger says. Sarah McCammon/NPR hide caption

At 57, Harger can no longer work as a mechanic because of problems with his neck and back. He has been using some of his free time to volunteer for the Republican Party's get-out-the-vote efforts in Washoe County on behalf of GOP nominee Donald Trump.

Harger says he feels like the culture has changed, and he doesn't feel free to express his opposition to same-sex marriage. His wife, Lesley Harger, 59, says she feels like she can't freely point out people in her community who look suspicious to her because racial profiling is taboo.

"We just keep our eyes open and we're vigilant because of the way the terrorists, you know, are coming into our country," she says.

Washoe County is one of the most hotly contested battlegrounds in one of the most important swing states this year. The area around Reno is seeing some of the demographic changes that have been at the center of some of the most contentious debates of this campaign. For some native-born residents, that rapid change is a cause for concern that Donald Trump is addressing like no politician they've seen before. For new residents, Trump's campaign is alarming.

The Hargers met at a wedding in Reno more than 35 years ago. They married and raised two sons, now 28 and 30. Both sons are still living at home, and the Hargers say they've struggled to pay for college and get good jobs.

In that time, the couple has seen the area change dramatically. Since 1980, the percentage of Reno residents born outside the United States has more than doubled. When the Hargers met, Hispanics represented 1 in 20 residents; today, they're 1 out of every 4.

Trump's message on immigration resonates with them. Lesley Harger says she feels the culture around her changing rapidly in ways that don't always feel right.

She says she supports legal immigration — but sometimes feels like newcomers have it better.

"We can all enjoy each other's multicultures — like we all like Mexican food, or we like all different kinds of food and things. But don't come here and take. And that's what I think I'm seeing — a lot of people are taking," Harger says.

Despite working for decades, the Hargers say they've struggled to get disability payments for Brent's back and neck injuries. Meanwhile, they see immigrants getting good jobs — and worry they're taking work from native-born Americans.

Across town at a Mexican restaurant and grocery store, two young women are keeping the family business going while their parents are out of town. Grecia Mora Chavez is 19, and she puts in about 50 hours of work each week here. She's quiet and reserved, but not shy about her role in running the family business.

Mora Chavez was here on a recent day when Democratic vice presidential nominee Tim Kaine made a surprise campaign stop. She became a citizen as a young child and plans to vote Democratic. Mora Chavez thinks Trump is unfairly singling out her community with his rhetoric on immigration. 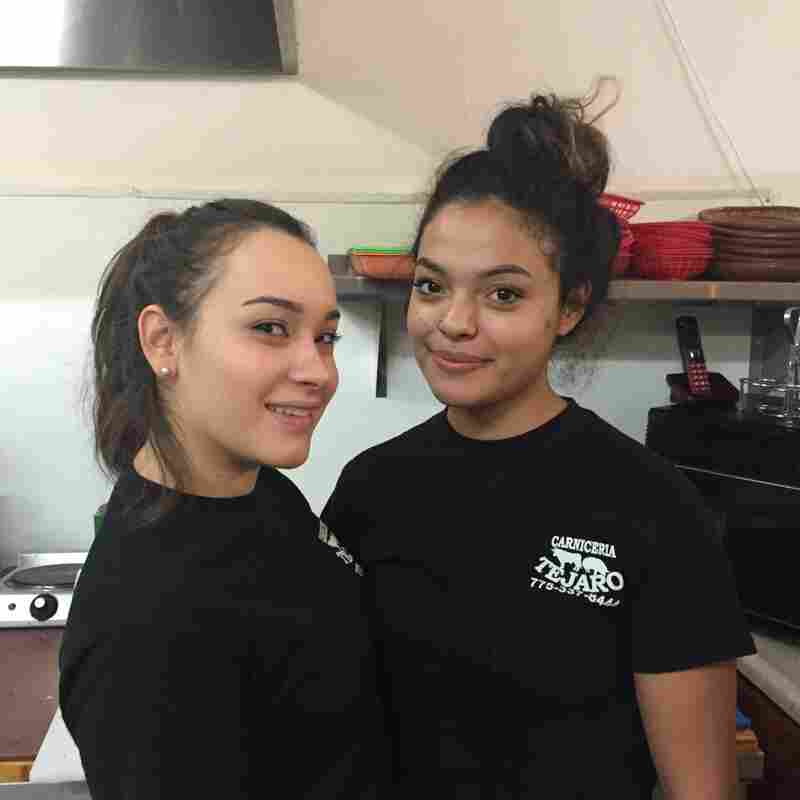 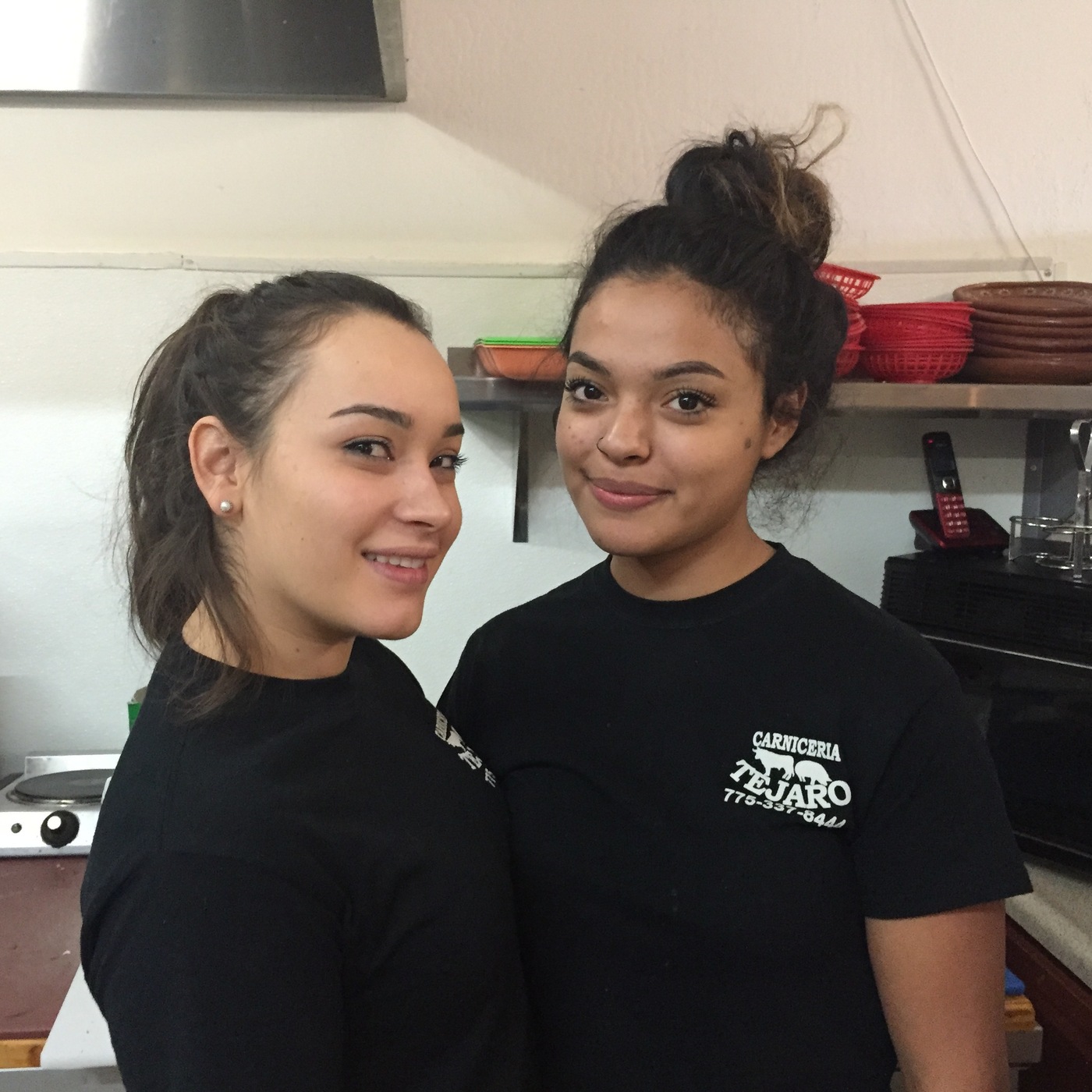 Grecia Mora Chavez (left) and Daniela Arrella Chavez at their family's restaurant and grocery in Reno.

"He stereotypes Mexicans or Latinos, and we are the ones who actually work to have a better future," she says.

Her cousin, Daniela Arrella Chavez, 21, talks of being brought to the United States as a young child without documentation.

"I didn't choose to come here by myself. You know, my mom decided to come here, and it was actually a really good choice because I just have better opportunities here," she says.

Arrella Chavez is hoping to get legal status through her fiance and go to school. She says Trump's talk about crime committed by undocumented immigrants paints an unfair picture of the people she knows.

"Do you ever see a Hispanic person asking you for money outside or whatever? No, they would rather go work," she says. "I've seen a lot of people struggling, even selling ice cream, or stuff like that, tamales, knocking at your house to, you know, get money or whatever to support themselves and their family."

Mora Chavez switches to Spanish for a moment to try to express her thoughts about Trump: "Muy ignorante." She says he critiques Latinos without knowing who they are.

For Lesley Harger, Trump seems like the only candidate in a while who really understands what's going on — and that comforts her.

"I live in a lot of pain, and stuff that I have to deal with every day," she says.

Since a cancer diagnosis last year, Trump's campaign has been a bright spot in Lesley's life.

"It's been a dark eight years. I mean a dark eight years. I've watched my country go from — go from a place where I felt safe to a very unsafe world. I don't feel safe anymore here," she says. "Trump has given me hope, that we can get somebody who's got his fingers on the pulse of what's going on."