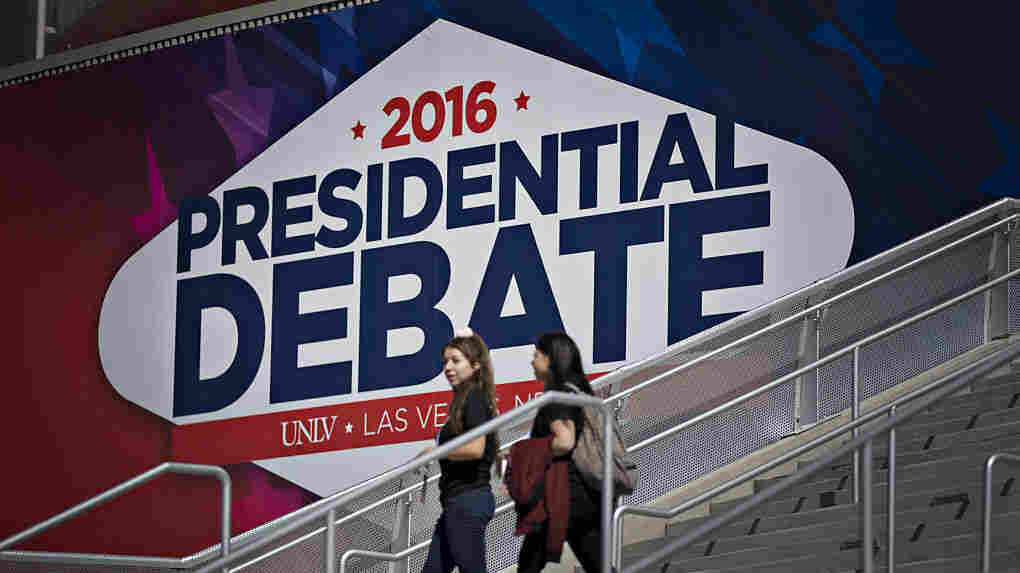 The final presidential debate is Wednesday night on the campus of the University of Nevada, Las Vegas (UNLV) in Las Vegas. Bloomberg/Bloomberg via Getty Images hide caption 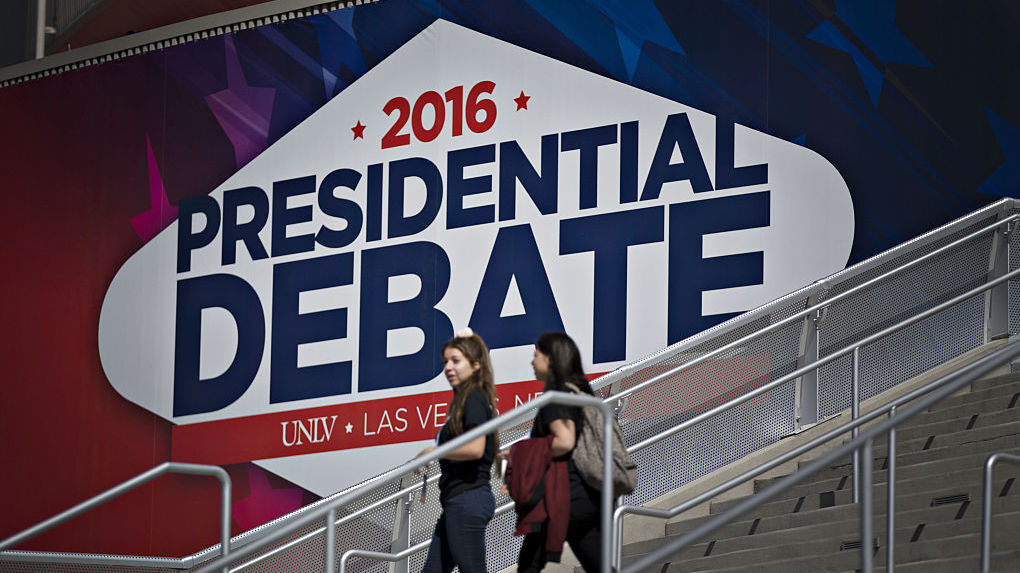 The final presidential debate is Wednesday night on the campus of the University of Nevada, Las Vegas (UNLV) in Las Vegas.

Psy-ops in the guest box continues at the third and final presidential debate.

Donald Trump and Hillary Clinton are both using guest tickets in a calculated effort to rattle their rivals, or at least send a signal to voters watching on TV.

Trump invited Malik Obama to sit in his silent cheering section after the president's relative endorsed the GOP nominee. He'll be joined by Patricia Smith, the mother of Sean Smith, who died in the 2012 attack in Benghazi, Libya.

"I blame Hillary Clinton personally for the death of my son," Patricia Smith said at the GOP convention in July.

Clinton's guest list includes two successful business leaders who have criticized Trump. Meg Whitman, the CEO of Hewlett Packard, is a Republican who has nevertheless endorsed and raised money for Clinton. Investor and Dallas Mavericks owner Mark Cuban gleefully dissed Trump at a Clinton rally in Pittsburgh this summer.

"Leadership is not yelling and screaming and intimidating," Cuban said. "You know what we call a person like that in Pittsburgh? A jagoff."

Cuban also had a front-row seat at the first presidential debate, last month.