Accessibility links
Review: Nina Diaz, 'The Beat Is Dead' The new solo album from the Girl In A Coma frontwoman is a fiercely brave, song-by-song journey through her experiences of addiction and recovery. 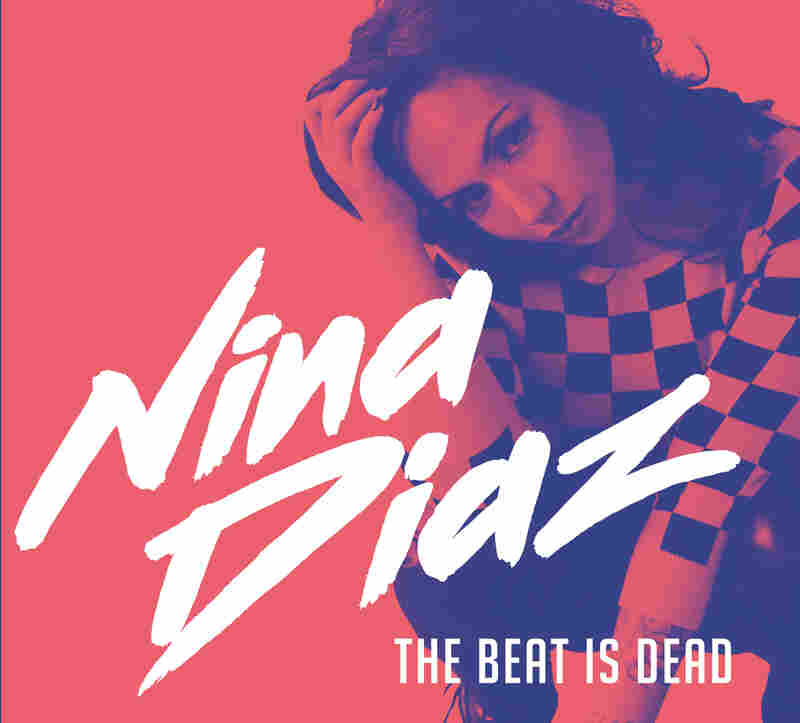 Nina Diaz, The Beat Is Dead. Courtesy of the artist. hide caption

When I first heard her growling out songs by both Selena and George Harrison on Girl In A Coma's Adventures In Coverland album, all I could think was "Who is this woman?" It turns out that "this woman" had barely reached her 20s, though she already had a pretty good bit of history behind her as Girl In A Coma's lead singer. (She'd joined her sister, Phanie Diaz, and Phanie's childhood friend Jenn Alva in the band at age 13.) But she had this presence that, both on records and live, belied her youth and made her seem much more worldly.

Still, Nina Diaz did have a vulnerable side. Her early start in the music business also meant an early start with the pitfalls that come too often in that game. She struggled with alcohol abuse while still in her early 20s, but eventually she was able to use the inner strength that gives her music so much passion and power to walk away from that abuse and into recovery.

Diaz's new album, The Beat Is Dead, is a song-by-song journey through those experiences of addiction and rehabilitation. The writing is raw and emotional, but with amazingly catchy hooks. While Girl In A Coma can best described as a punk band (and yes, they do still get together to perform now and then), Diaz's solo act is much more straight-up rock. Think big beats and guitar-driven tunes that have an inescapable hint of the best of Texas rock.

Diaz's writing has matured as much as she has over the few short years of her journey of recovery. Songs like "January 9th," "Dig" and "Rebirth" all reflect both the dark and light of coming away from addiction — and to my ears, it's life-affirming and healing.

I always knew Nina Diaz was fierce. On this new record, she's found a new way to do it: fiercely brave and fiercely creative.