Accessibility links
'Keeping Up' With These Suburban Spies Is All Too Easy Zach Galifianakis loses his edge in a Mr. and Mrs. Smith knockoff that strands a gifted cast in a bland cul-de-sac spy adventure.

'Keeping Up' With These Suburban Spies Is All Too Easy

'Keeping Up' With These Suburban Spies Is All Too Easy 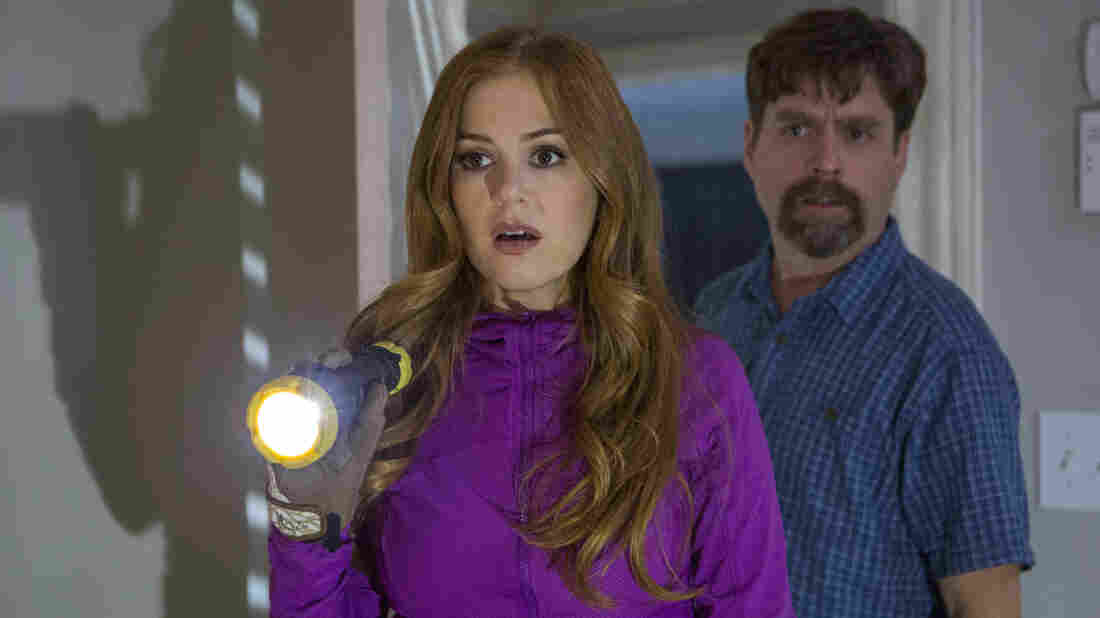 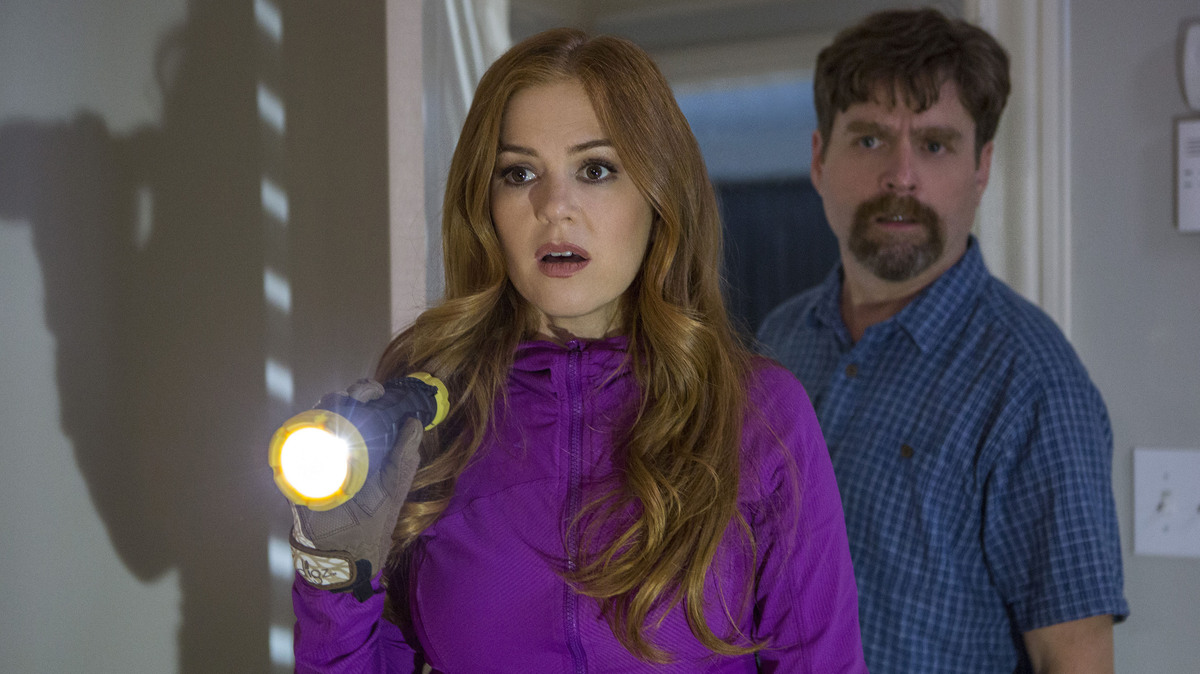 Zach Galifianakis and Isla Fisher as Jeff and Karen Gaffney in Keeping Up with the Joneses.

It's hard to find an edge in mainstream comedy, and harder still to keep it once you do. Most of the people who made Keeping Up with the Joneses surely know this. They were hired to make this baby-formula "spies in the suburbs" laffer because they have known success, and they found that success because their past work, for the most part, had edge. They could make you gasp or squirm or think just as easily as laugh, and that's distinguished, say, Zach Galifianakis from every bearded guy playing a schlubby dad in a Budweiser commercial, or Isla Fisher from every other pretty redhead in Hollywood, or director Greg Mottola (Superbad, Adventureland) from every other helmer of randy comedies.

But all must punch the clock eventually, and there's no mistaking that Joneses, from a script by Michael LeSieur (You, Me and Dupree), is a business transaction. True edginess is traded for an easy paycheck in the kind of PG-13 studio comedy where a lot of people trip while swinging their elbows wide so they can knock down furniture as they fall. In this one, Galifianakis and Fisher play Jeff and Karen, a stupid, sexless cul-de-sac couple who suspect their suave, mysterious new neighbors (Jon Hamm and Gal Gadot) of being spies. The premise is like watching the cast of a '90s sitcom act out Mr. and Mrs. Smith.

There's a hint of the absurd lingering in Jeff, a feckless, vaguely effeminate HR drone at a top-secret R&D lab. This is a character type Galifianakis has honed for years in comedies like his web series "Between Two Ferns" and his FX show Baskets: the ignorant weirdo who makes everyone around him uncomfortable, whether by ignoring social cues or by indulging in isolating obsessions. (Jeff is more comfortable with home brew than he is in bed with his wife). It's strange, then, that the film insists on treating a man with apparent repression issues as a "people person," and chalks up his romantic and social struggles to a simple lack of confidence.

With that convenient screenplay diagnosis, it's onto the cure: the Joneses themselves. Suburban Atlanta seems like the last place in the world for jet-setting travel writer Tim (Hamm) and his freakishly well-toned wife Natalie (Gadot), a "cooking blogger" with a vaguely international accent. Doing a variation on the tough sexpot she'll likely be playing for years thanks to Wonder Woman, Gadot coolly upstages the dads at darts. As Tim, Hamm uses his man-out-of-time charisma to wow the fanny-pack crowd at block parties with tales of Middle East derring-do, while the rest of us recall vague memories of him doing this exact shtick much better in Netflix's Wet Hot American Summer revival.

Tim and Natalie befriend Jeff and Karen, for reasons clearly related to the sensitive intel at Jeff's place of work. Though at first they're cautious adversaries, the film eventually places the foursome on the same side of its spy games, so they can give each other couples therapy in between car chases. Fisher doesn't have much to do on either side of the divide, though she's so primed to turn up the hysterics that her energy almost makes up for the poor writing.

It's worth noting that Joneses barely counts as a spy spoof, as the film makes only the barest of nods to the genre, and its suburban satire is, well, sub par. So what is it? A musty Siri joke, a venomous snakebite, a gratuitous scene of Gadot trying on lingerie: these are ephemeral bits for a trailer, their only connective tissue being that familiar "perfect neighbors living perfect lives" anxiety of the upper-middle-class. But to find anything new in that chestnut you have to be willing to rattle some cages, not just pace around inside them.

Joneses is hitting theaters just three weeks after audiences largely avoided Galifianakis's previous studio vehicle Masterminds (whose release was delayed by more than a year). As a result, not only is the film laughless and utterly lacking in visual style, but it's also a victim of star overexposure. You can walk into a multiplex this weekend and have your choice of two PG-13 comedies starring the same lead, both hitting the contractually obligated 90-to-100-minute mark and neither quite figuring out what qualities made this guy a lead in the first place. In this wasteland of familiarity, such a convergence does at least allow us a glimpse of something rare: the dulling of the edge, in real time.