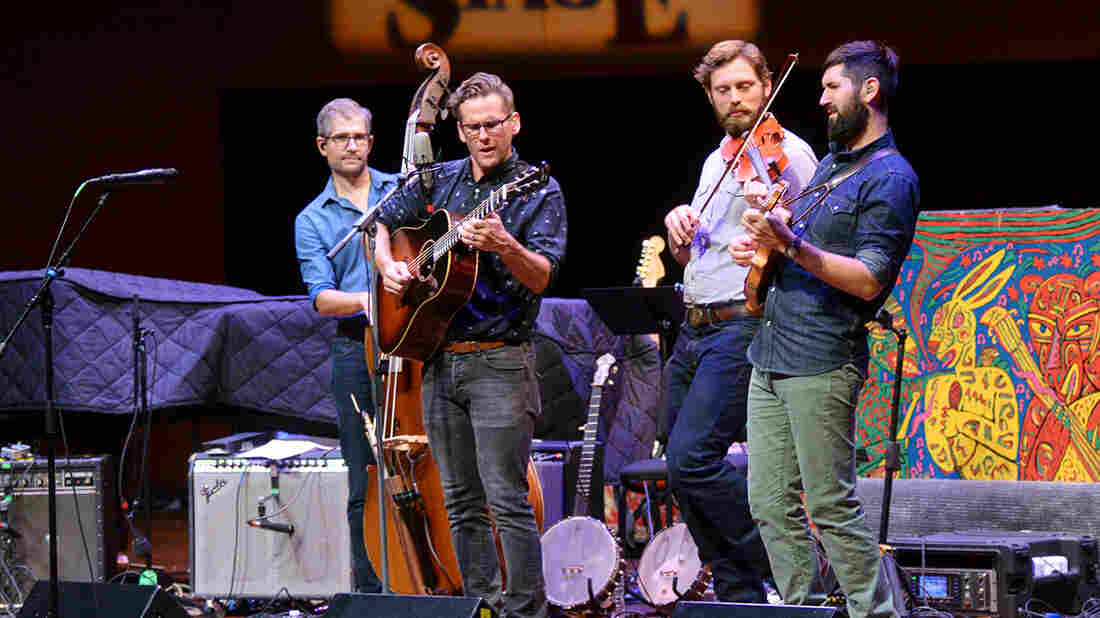 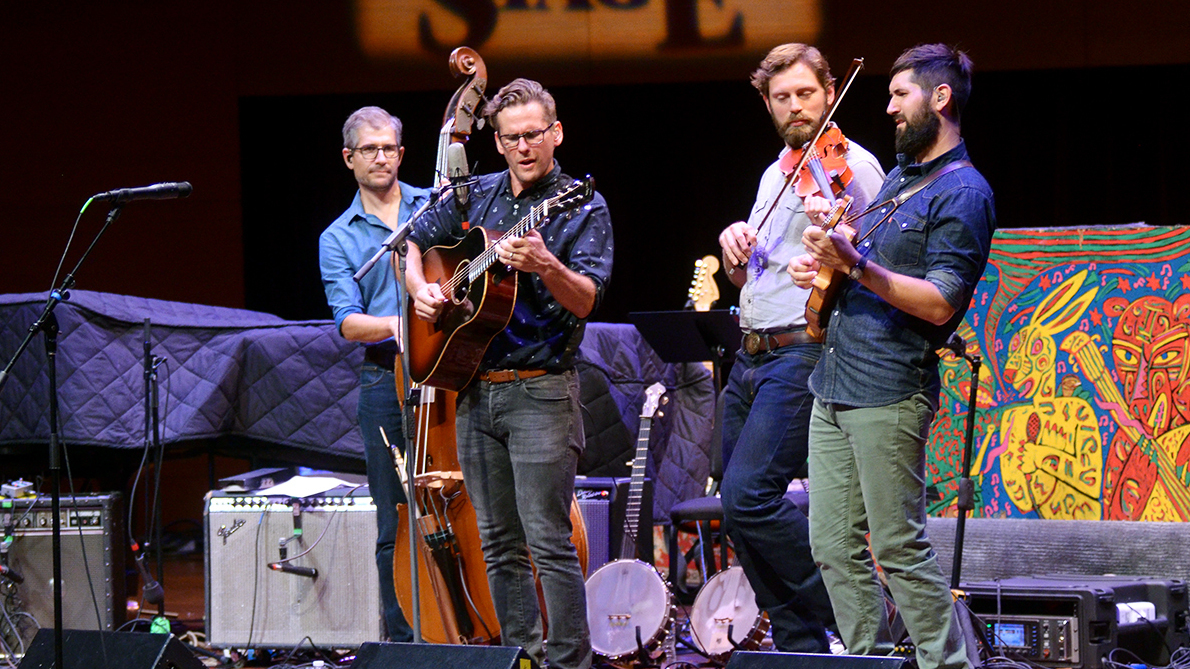 The Steel Wheels, performing in their hometown of Harrisonburg, Va. for Mountain Stage.

Hear The Steel Wheels' third appearance on Mountain Stage, recorded in the band's hometown of Harrisonburg, Va. Few groups have come as far in such a short period of time as The Steel Wheels, which has gone from playing East Coast house parties and festivals to gracing the cover of the widely-read industry publication Pollstar. Smearing the boundaries separating blues, bluegrass and gospel music, The Steel Wheels' sound has earned the band multiple awards and a near-permanent place atop independent music and Americana charts. The band's latest album, Leave Some Things Behind, is the follow-up to 2013's No More Rain.

The Steel Wheels' lineup is led by the powerful tenor of singer Trent Wagler. He's joined by Jay Lapp on mandolin, Brian Dickel on upright bass and Eric Brubaker on fiddle.