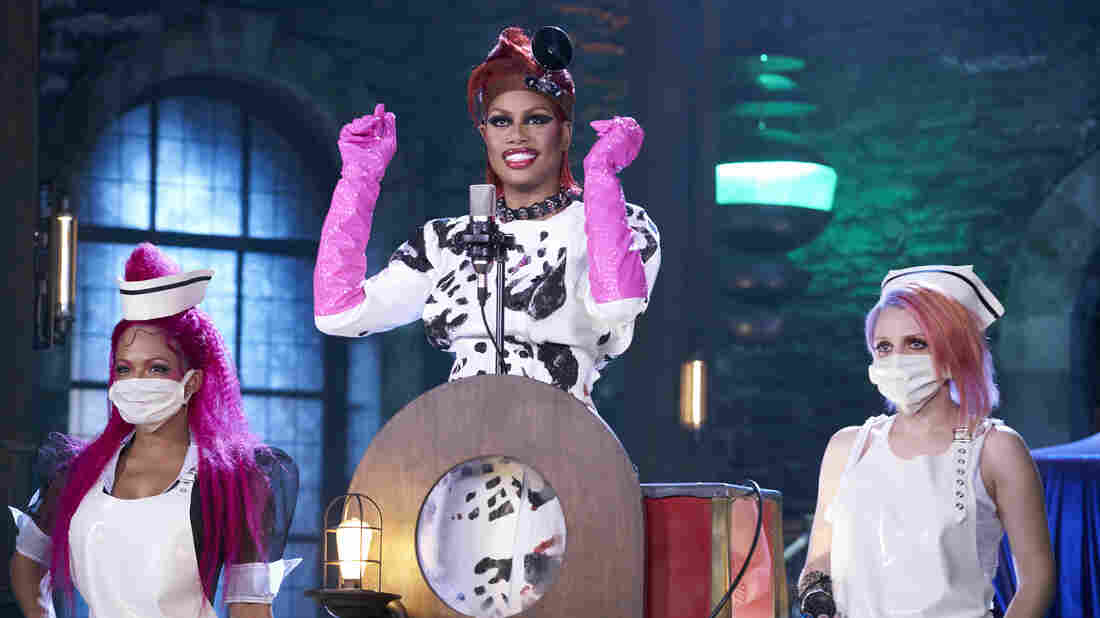 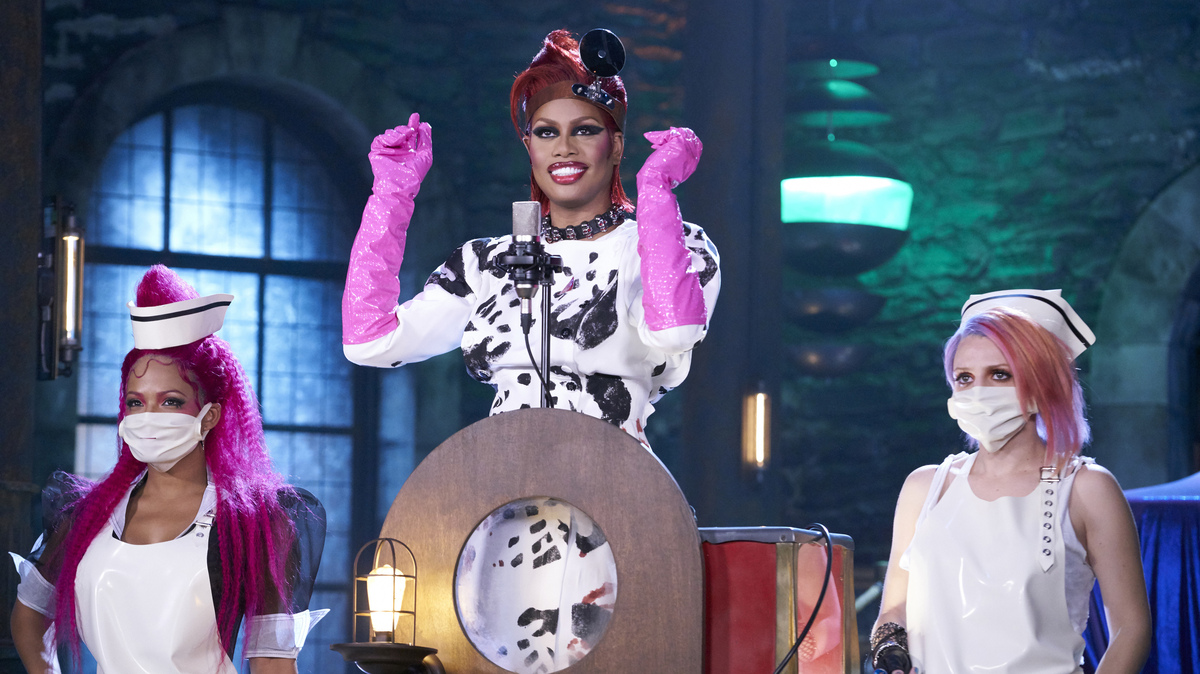 The Rocky Horror Show began as a stage musical in London in the early 1970s, starring Tim Curry as the outrageously dressed outer-space alien Frank N. Furter, self-described as a "sweet transvestite from Transsexual, Transylvania." Richard O'Brien, the composer of the play and its music, played Frank's hunchbacked assistant, Riff Raff — and the two of them repeated their roles in a 1975 movie, The Rocky Horror Picture Show.

The film flopped, originally, but got new life in midnight shows across the country. Before long, fans were attending in costume, bringing props, shouting interactive lines at the screen, and generally embracing the film's central, sexually and socially adventurous theme of "Don't dream it, be it."

For such an irreverent musical, this new TV remake on the Fox network is surprisingly faithful to its source material. It finds a way, at various spots, to incorporate the audience-participation elements, by occasionally showing a theater "audience" seeing the same movie we're seeing. And it salutes Curry, the show's original star, by having him play the narrator of the remake, joining in, dryly, on the show's most famous song, "Time Warp."

To fans of the original film, the songs and scenes in The Rocky Horror Picture Show are almost as familiar as those in The Wizard of Oz. Why bother, or dare, to mount a remake, when the original version is so iconic?

According to Lou Adler, producer of both the old and new Rocky versions, there are two main reasons. One is to introduce the musical to a new generation and audience. The other is to hand the role to a dynamic new star that can redefine it for our times.

I'm not sure the first reason will pan out. Today's young viewers seem to have an appetite for Disney-type High School Musical presentations, but may not flock to this new TV remake.

Fans of the original are more likely to show up, out of curiosity, and I suspect they'll be quite pleased and impressed. But as for the second reason, the new casting of the lead role, this Rocky Horror Picture Show hits a home run.

The new star is Laverne Cox, the transgender star of Netflix's Orange Is the New Black, and she's fabulous. She looks great, she sounds great, and she salutes Curry's performance while adding her own touches, vocally and otherwise. 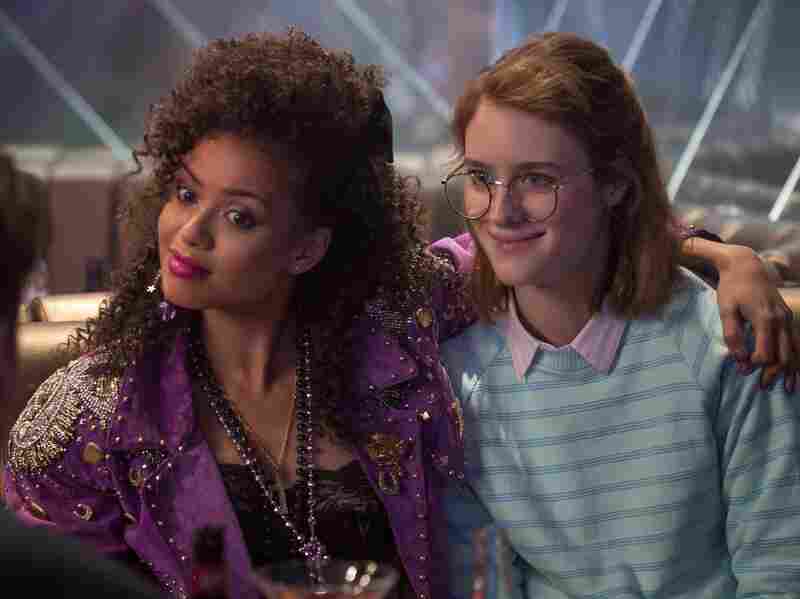 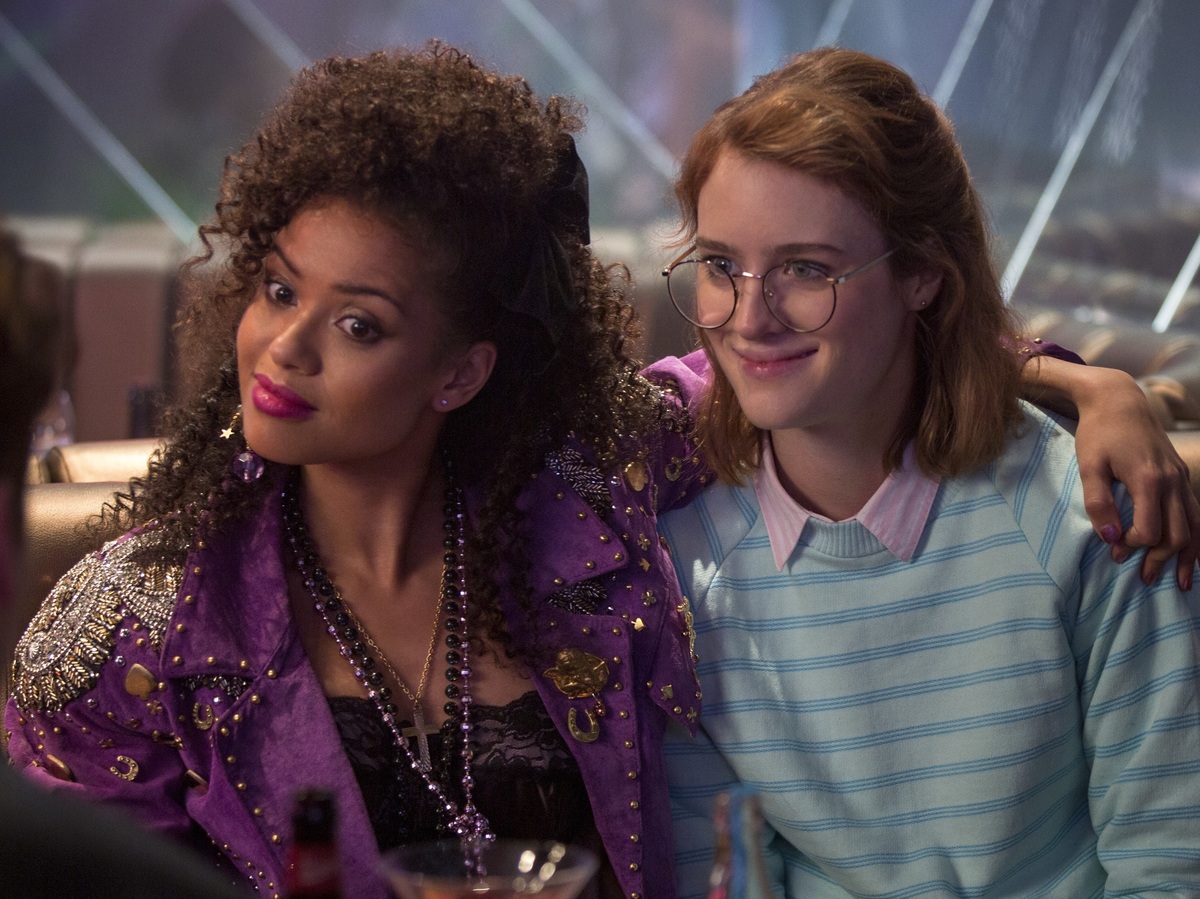 Gugu Mbatha-Raw and Mackenzie Davis star in the Black Mirror episode, "San Junipero." Season 3 of the series is available to stream on Netflix beginning Oct. 21.

The other cult hit showing up this week, also originating from England, is season three of Charlie Brooker's Black Mirror, the Twilight Zone-style anthology show with an ultra-modern sensibility and a very smart focus on technology.

The six new shows premiere Friday on Netflix, and I think they're more entertaining, and more provocative, than any new series from the current fall TV season. Each one, somehow, finds a way to take a seemingly benign technological tool and burrow down to the nightmare within.

It uses the anthology format in the best possible way, introducing characters who may not survive to the end, and concepts and settings that take a while to understand. A typical example this new season is "Nosedive," starring Bryce Dallas Howard as a social climber who visits an expert in hopes of upping her social status. Right now, her friends and acquaintances have rated her a 4.2 — and she needs to be a 4.5 to qualify for occupancy in a luxury apartment.

I've seen all the new, and old, episodes of Black Mirror, and I'm impressed by each and every one of them. It may be the best binge-watching TV show around — I'll bet you can't watch just one. It stands up to the Twilight Zone comparison — and, as with the new Rocky Horror Picture Show on Fox, it's a cult TV offering that you may approach skeptically, but you'll leave having been fully entertained.