Accessibility links
Reports Of Prison Guard Brutality In New York Draw A Harsh Spotlight A rash of incidents involving guards' use of violence against prisoners, sometimes caught on video, is fueling calls for accountability. Others say the focus should be on increasingly violent inmates. 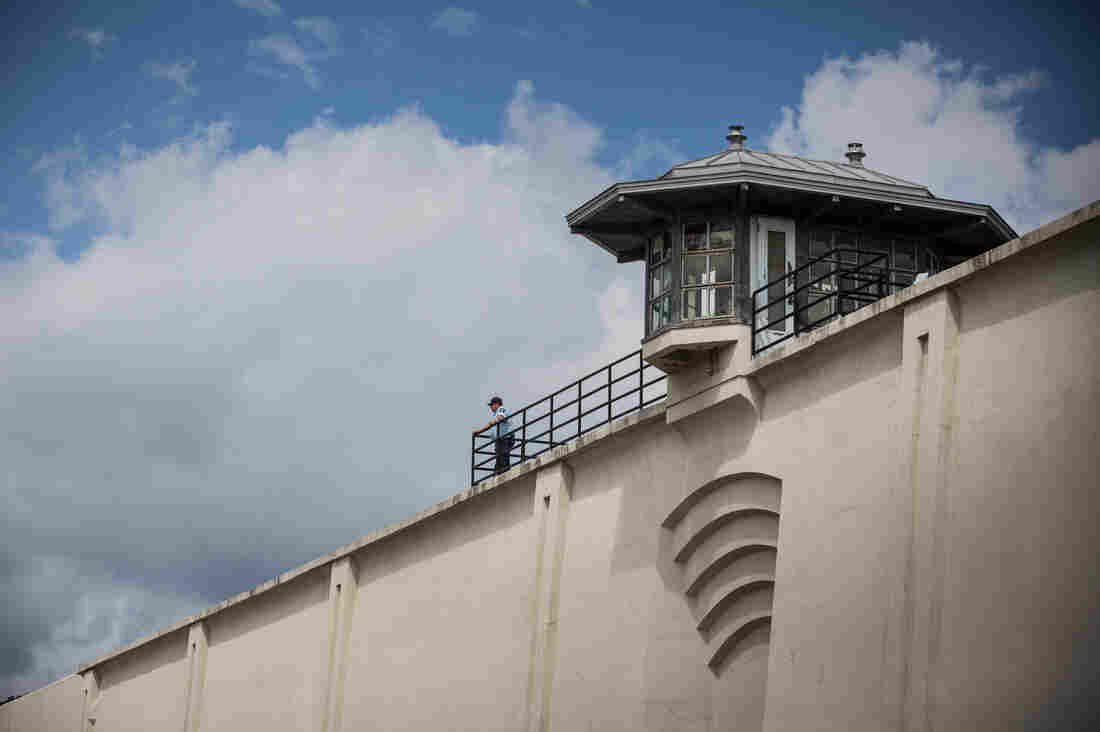 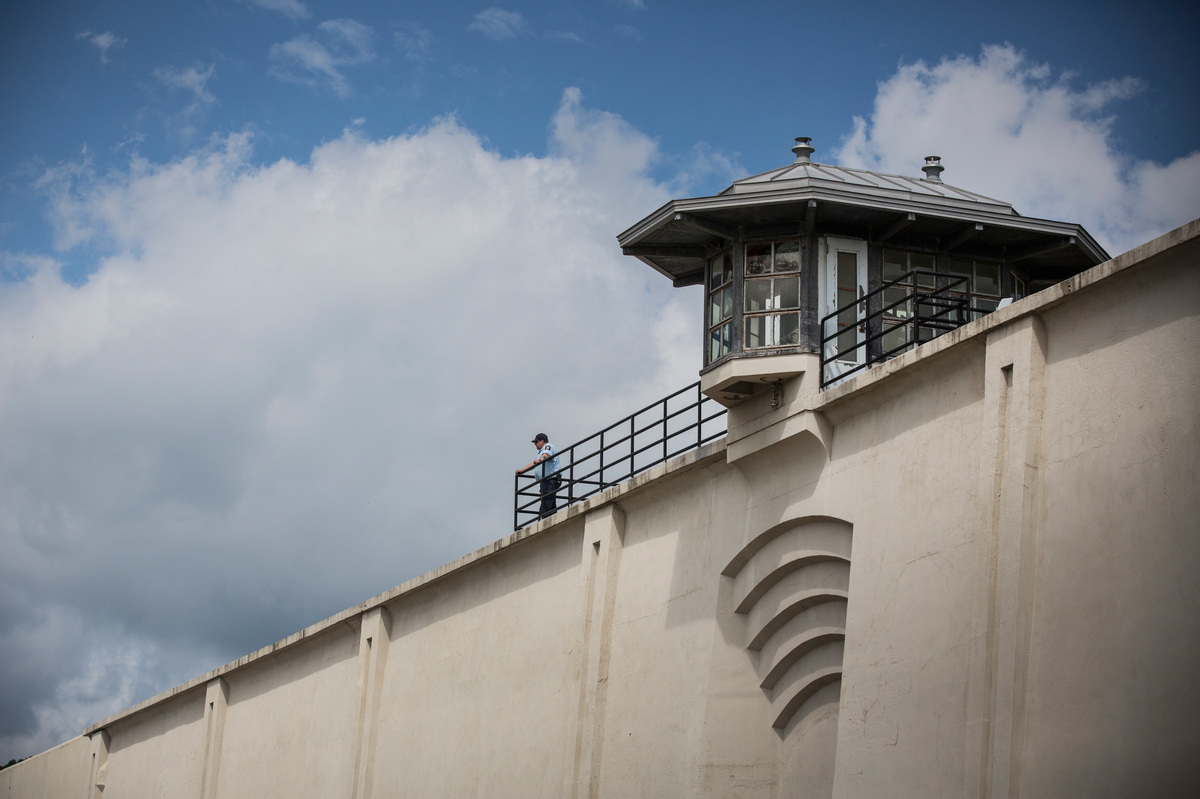 Clinton Correctional Facility in Dannemora, N.Y., is one of several New York state prisons under scrutiny for incidents involving officers' excessive use of force.

The scene: A half-dozen white corrections officers at Clinton Correctional Facility in Dannemora, N.Y., are confronting an African-American inmate named Leonard Strickland. It's video of a closed world, invisible to most of us.

"Stay on the wall, do you understand me?" officers shout. "Don't move."

Strickland, who had been diagnosed with schizophrenia, appears dazed and unresponsive, and then he collapses.

Even after he is contained, handcuffed and surrounded by officers, they make no effort to assess his medical situation. Officers drag Strickland along the floor with his handcuffed arms hyperextended behind his back.

At last, guards and medical personnel appear to realize that Strickland is in serious medical distress.

"I need the emergency bag up here now!" one responder calls out.

The video was filmed by a guard at the prison in upstate New York in 2010 and first made public by The New York Times. Strickland died after being struck on the head. State investigators issued a scathing report about the incident, but no officers were disciplined or charged. 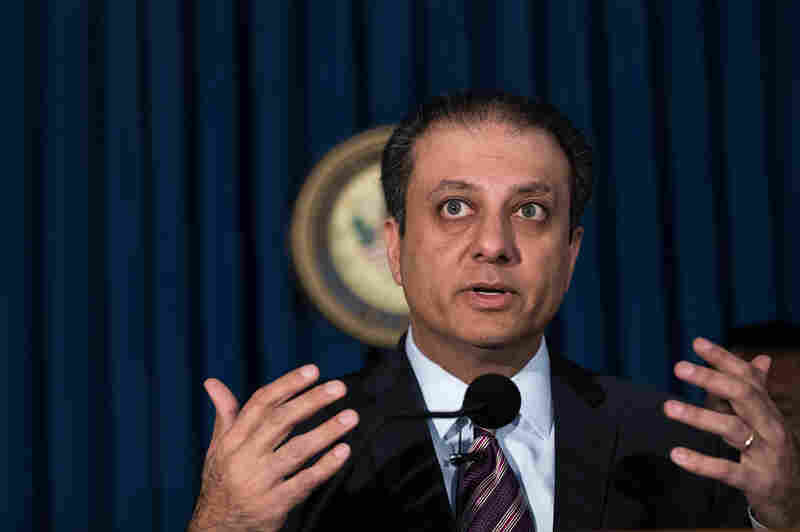 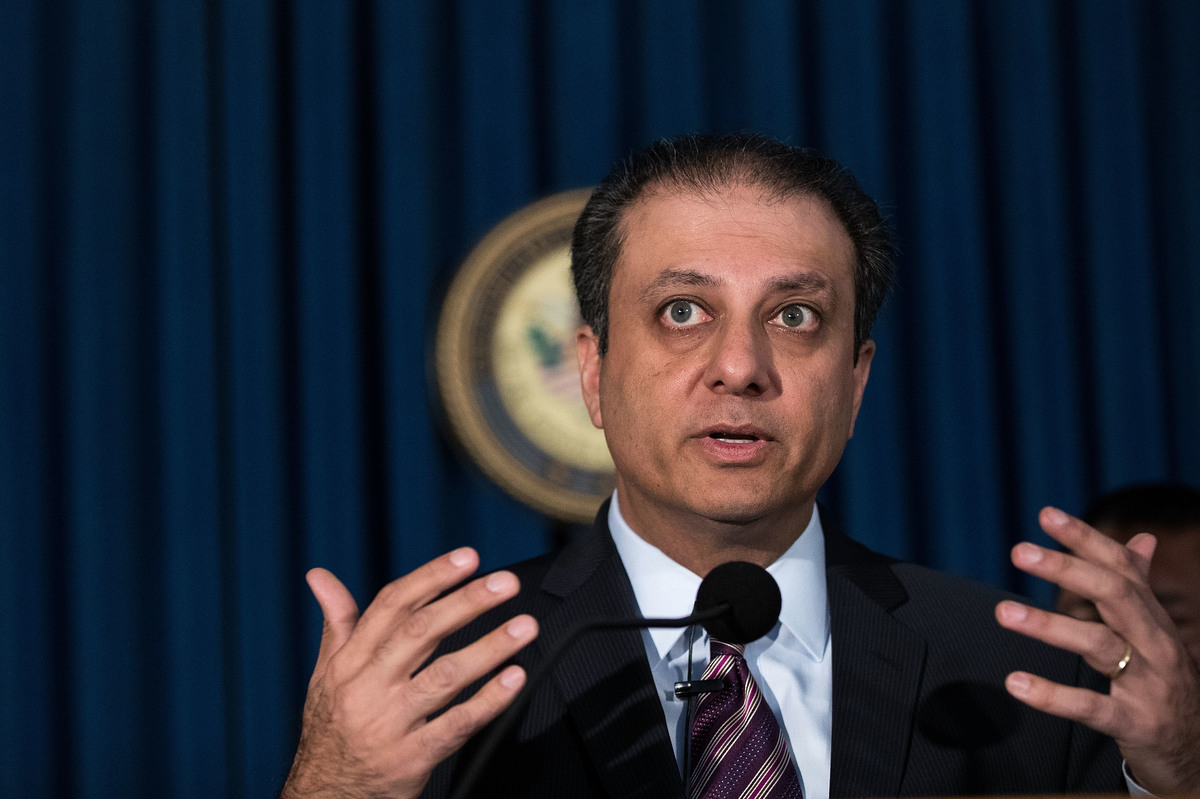 During the past couple of years, Americans have grown used to seeing video of deadly confrontations between black men and police, and a national conversation has begun over how and when police use deadly force.

Now, videos like this one from Clinton prison are stoking a similar debate in New York state, over the way corrections officers work behind bars. Critics say prison guards too often resort to excessive violence with little accountability.

"One of the officers allegedly boasted of the group's illicit conduct by referring to the dreadlocks ripped from Moore's scalp as 'souvenirs,' " Sweeney said.

This kind of prison guard violence also has drawn new scrutiny from New York's State Assembly. Democrat Daniel O'Donnell opened a legislative hearing last winter by describing another case in which corrections officers are accused of brutalizing a prisoner

"An inmate died, and after the inmate died, the official explanation was fabricated. And what we now know is that the inmate was in fact murdered — murdered by employees of the state of New York," O'Donnell said.

He's talking about Samuel Harrell, an African-American inmate who died last year after an altercation with officers at Fishkill Correctional Facility. No charges have been filed in that case, but the U.S. attorney's office confirms that it is investigating.

Corrections officers and their political allies have pushed back against the way this debate is being framed.

"The vast majority of these men and women do their jobs incredibly well under very difficult circumstances," says State Assemblywoman Janet Duprey, a Republican whose district includes a half-dozen state prisons, including Clinton in Dannemora. "And I hope that as we go forward we don't ever lose sight of that."

Mike Powers, who heads the powerful corrections officer union in New York, says the real issue that lawmakers should focus on is an increasingly violent inmate population. He says too many prisons are understaffed and overcrowded.

"Your life's on the line and you're doing everything you can to defend yourself. Before you know it, we're the ones being scrutinized by the advocates for being horrific corrections officers," Power says.

But reform advocates and some legal experts say this kind of scrutiny is long overdue and that violence by guards is a problem in prisons across the country, not just in New York.

Michael Mushlin, who testified at the Assembly hearing last winter, teaches at Pace Law School and co-chairs a panel of the American Bar Association that pushes for more prison transparency and accountability.

"These prisons can be dark places. When you have a lack of oversight, as we do basically throughout this country, inevitably horrible things are going to happen," he said.

Mushlin says the problem is complicated by race. Many prison guards in the U.S. are white and come from rural communities, while inmate populations tend to be disproportionately African-American and urban.

In the face of these latest accusations and federal indictments, New York already has strengthened the internal affairs unit that investigates state prisons. Critics want the state Legislature to go further, creating an independent oversight agency to review cases where inmates are injured or killed by officers.