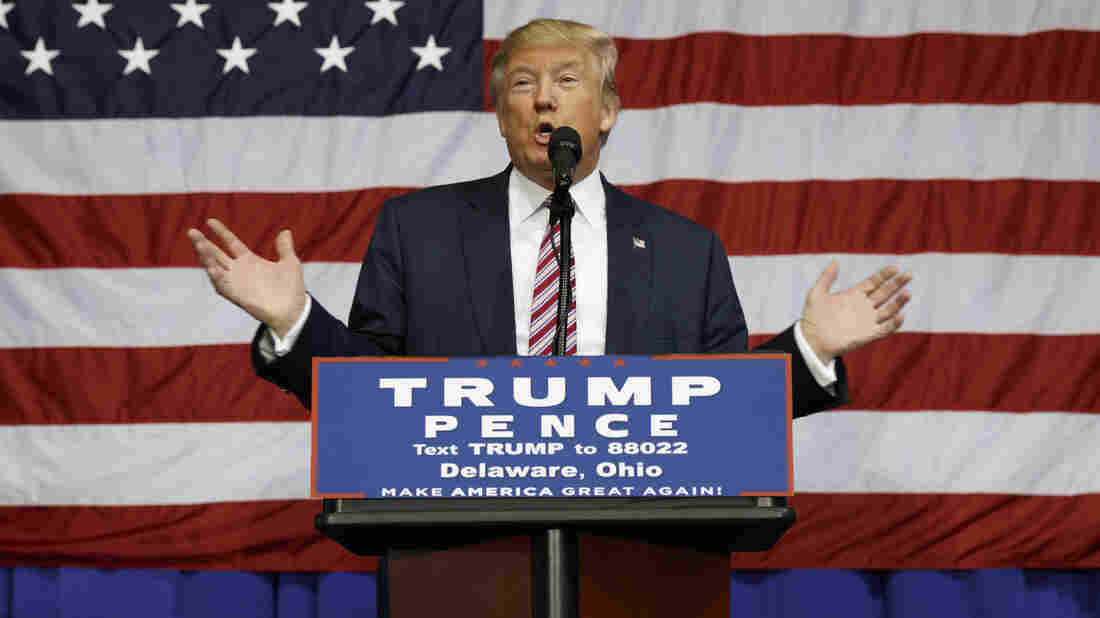 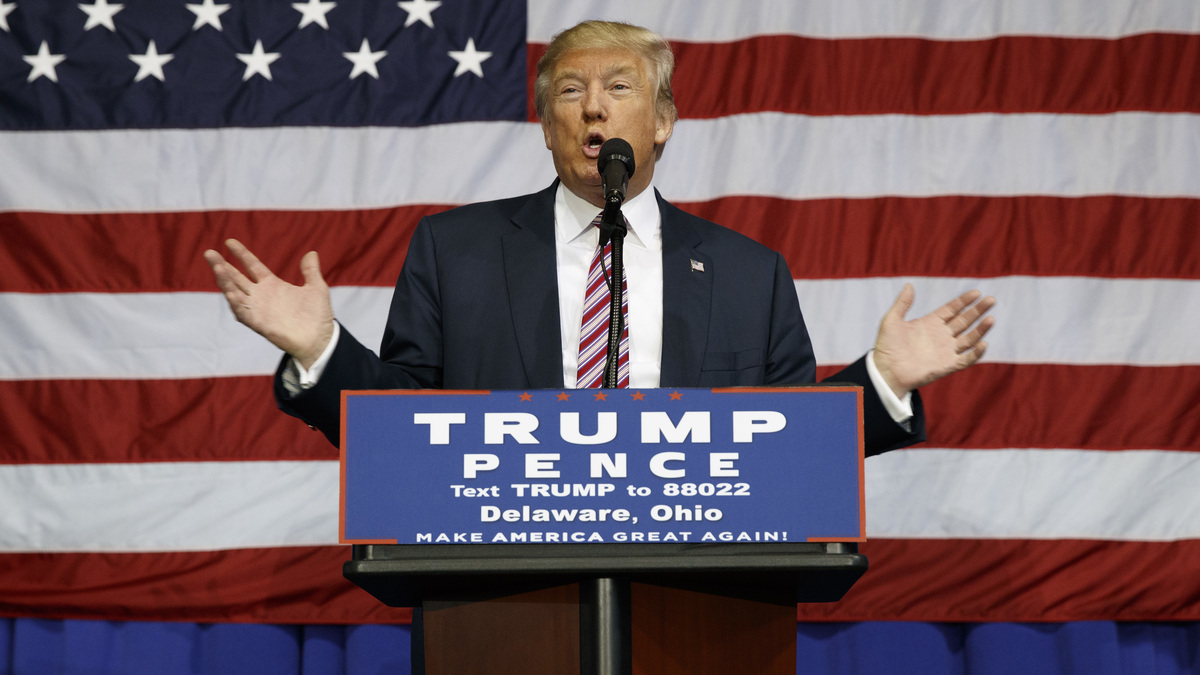 In front of an exuberant crowd Thursday in Delaware, Ohio, Donald Trump again addressed whether he would accept the outcome of the November election.

"Ladies and gentleman I want to make a major announcement today," Trump said, continuing, "I would like to promise and pledge to all of my voters and supporters, and to all of the people of the United States, that I will totally accept the results of this great and historic presidential election ..."

But there was more. Trump then finished that sentence with, "if I win," seemingly admitting a strange logic: that a system rigged against him would be totally acceptable if that rigging ultimately worked out in his favor.

At Wednesday night's presidential detbate, moderator Chris Wallace asked Trump if he would accept the results of the presidential election. For weeks, Trump has been claiming the race is rigged in Hillary Clinton's favor, in part because of deceased individuals and immigrants in the country illegally casting votes and election officials throughout the country colluding against Trump.

When first asked, Trump refused to say yes, replying in part, "I will look at it [the election results] at the time." When pushed on the issue, Trump told Wallace, "I'll keep you in suspense."

At Thursday's event, Trump went on to expound on why he thinks the election is rigged. He cited Clinton staff emails recently leaked to the public by WikiLeaks, alleging that Clinton campaign Chairman John Podesta said that immigrants in the country illegally could vote with just driver's licences. "Don't be naive, folks," he told the crowd. Trump also claimed that the Clinton campaign paid people to "incite bedlam" at Trump campaign events. Trump called Clinton a candidate "capable of anything, including voter fraud."

Several elections experts have spoken out against Trump's comments on a rigged election, saying that his words threaten one of the central tenets of American democracy: the peaceful transition of power.

Trump cited the presidential election of 2000 as justification for his refusal to accept outright this year's election results. "If Al Gore or George Bush had agreed three weeks before the election to concede the results, and waived their rights to a legal challenge, or a recount, then there would be no Supreme Court case, and no Gore v. Bush, or Bush v. Gore." (That election case didn't start until on and after Election Day, unlike Trump, who has started claiming the election is rigged weeks before the the country finishes casting its ballots.)

Trump then went on to say that even asking him to accept the results of the election is unfair. "In effect," Trump said, "I'm being asked to waive centuries of legal precedent designed to protect the voters."

In his remarks Thursday, Trump seemed to contradict himself on the issue of a rigged election. After citing several examples that he claimed prove the entire American election system is corrupt, Trump then seemed to suggest that very system could be fair. "Of course I would accept a clear election result," Trump said, appearing to read from a teleprompter, "but I would also reserve my right to contest or file a legal challenge in the case of a questionable result. And always I will follow and abide by all of the rules and tradition of all of the many candidates who have come before me."