Accessibility links
'Black Mirror' Is Back, Reflecting Our Technological Fears The Peabody Award-winning series returns for a third season, with six new episodes picking apart our fear of — and dependence on — technology. And it's more consistently compelling than ever. 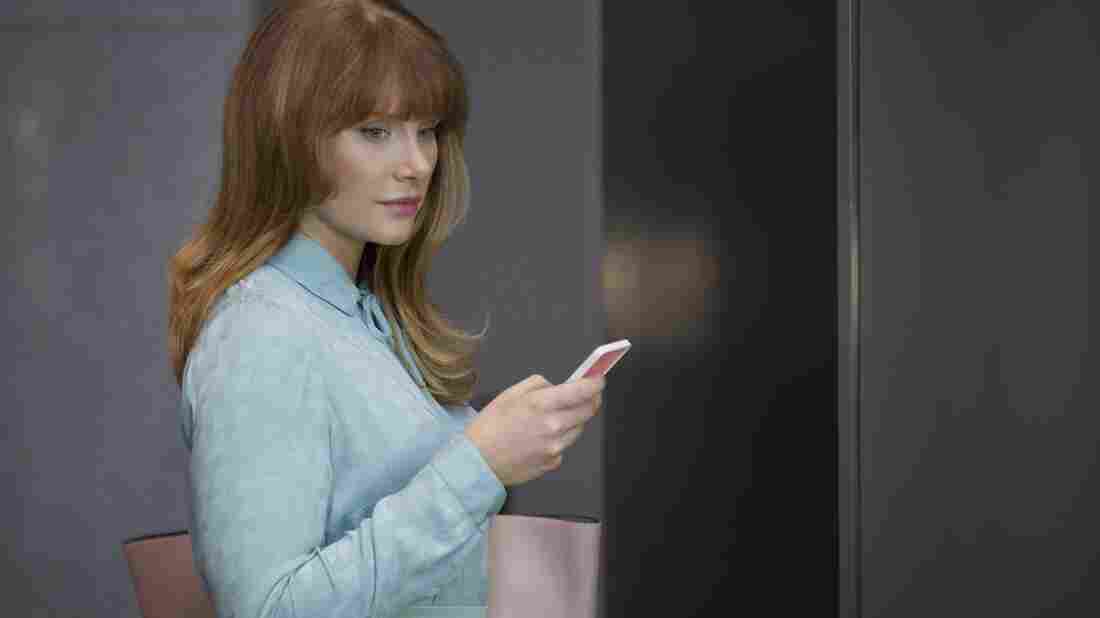 In the new season of Black Mirror, Bryce Dallas Howard plays a young woman in a future just a little ahead of our own, where everyone uses a smartphone to rate the people they encounter. David Dettmann/Netflix hide caption 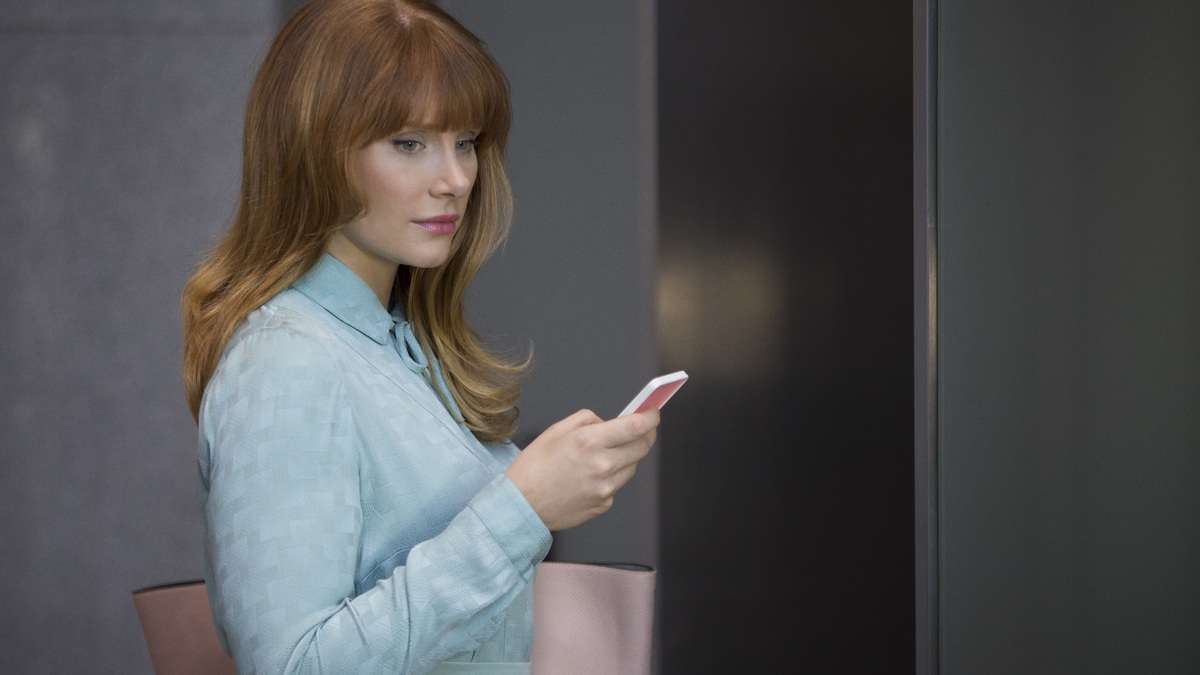 In the new season of Black Mirror, Bryce Dallas Howard plays a young woman in a future just a little ahead of our own, where everyone uses a smartphone to rate the people they encounter.

It's tough to find a more bubbly, positive person than Lacie Pound.

She always has a kind word for the baristas and café workers who serve her morning coffee. She drinks a smoothie offered by a co-worker even when it doesn't taste so good. And she's determined to give an award-winning toast as the maid of honor at her oldest friend's wedding.

Lacie, played by Jurassic World co-star Bryce Dallas Howard, is the central character in "Nosedive" — a new episode in the third season of the British anthology drama, Black Mirror, which debuts on Netflix today.

In Lacie's world, set in a future just a little ahead of our own, everyone uses a smartphone to rate everyone else they encounter, using a scale of one-to-five stars. It's like getting an Uber review for every social interaction in your life.

This season's batch of 'Black Mirror' episodes are more consistently compelling than ever. It's tough to say exactly why, because so much of the shocking energy in each episode comes from plot twists it would be criminal to reveal in advance.

Good ratings produce a percolating, electronic sound, like nailing the high score on a Super Mario Bros. game. And people who have high personal scores get lots of perks, as Lacie learns from a realtor at a high-end condo complex.

"You know our Prime Influencers program?" the realtor asks.

"Do I qualify for that?" Lacie asks hopefully.

The problem is that Lacie's at a 4.2. And the plan she hatches to get to 4.5 only highlights the punishing, unhealthy environment of living in a status-conscious world where the slightest sign of unhappiness can cost you dearly.

It's a place where looking happy and successful is more important than actually feeling that way. And it's a perceptive yet oblique commentary on the spaces we create like that in real life (yes, Facebook, we're kinda talking about you). This is where Black Mirror excels, like The Twilight Zone for the modern media age.

As an anthology show, every episode stands alone; a new story with new characters. This new season offers six different stories centered on technology — from virtual reality video games to online surveillance — with telling plot twists that redefine and deepen each narrative toward the end.

The stars range from Howard and Malachi Kirby (Roots), to Gugu Mbatha-Raw, Cherry Jones and Alice Eve. And even though the show began on British television, this season is exclusive to Netflix, featuring more American settings and characters.

One episode, "Shut Up and Dance," shows various people blackmailed by hackers who hold devastating information on each person. The victims get text messages pushing them to commit increasingly desperate acts, including a young man who was captured on video in a sensitive act, alone in his bedroom.

"They filmed me ... though my computer camera ... you know, doing it," he says, telling another hapless hacking victim with whom he has been forced to work on a shocking task. "They're going to put it everywhere ... they're going to send it to everyone." You might think that's bad, but not the worst thing to have on video. But the episode's final twist puts his actions in a new, more sinister light.

Black Mirror won a 2014 Peabody Award for the way it taps modern anxieties and obsessions about technology in smart, compelling episodes. Creator Charlie Brooker, a former columnist for The Guardian newspaper and writer for several satirical English TV shows, was even credited for predicting the candidacy of Donald Trump.

That was courtesy of a 2013 episode called "The Waldo Moment," in which an insulting, yet popular TV cartoon bear nearly wins an election with populist rhetoric that skewers traditional politicians.

Anthology series are difficult beasts. There's no continuing cast for viewers to bond with; every episode has to earn your attention with new characters and a new story.

This season's batch of Black Mirror episodes are more consistently compelling than ever. It's tough to say exactly why, because so much of the shocking energy in each episode comes from plot twists it would be criminal to reveal in advance.

But Brooker and his collaborators have raised their game this season, aided by the bigger budgets and creative leeway of Netflix. The result is a half-dozen new episodes which poke at our dependence on and fascination with technology in bold new ways.