Accessibility links
Ruth Bader Ginsburg Will Play A Non-Singing Role In Donizetti's The Daughter Of The Regiment. The Supreme Court justice is set to play a nonsinging role on opening night of the Donizetti opera "The Daughter of the Regiment" at the Kennedy Center in Washington, D.C. 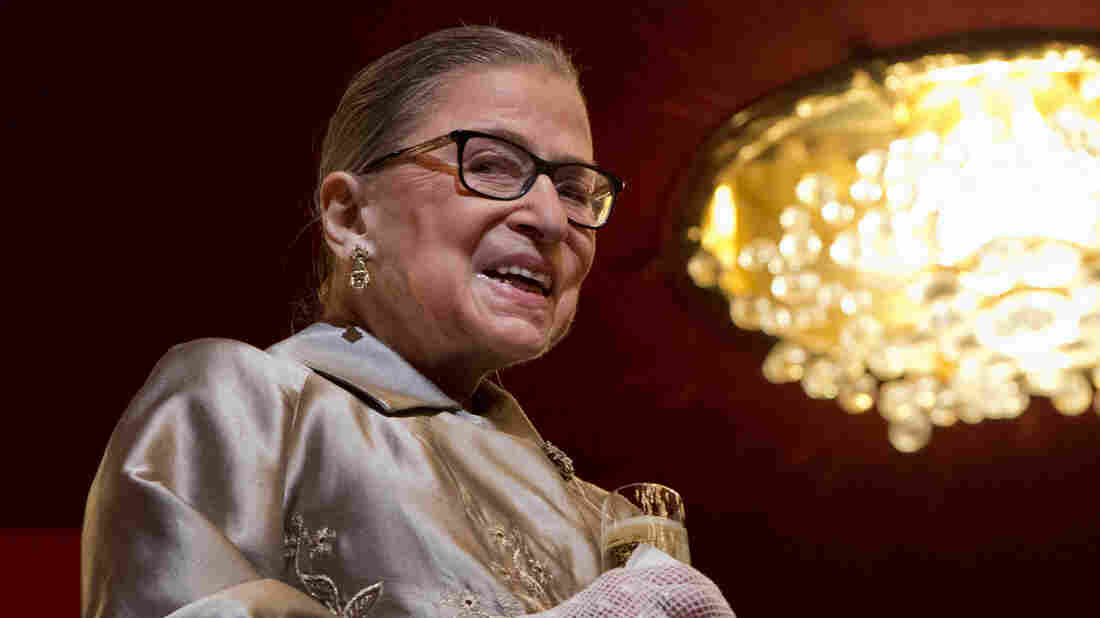 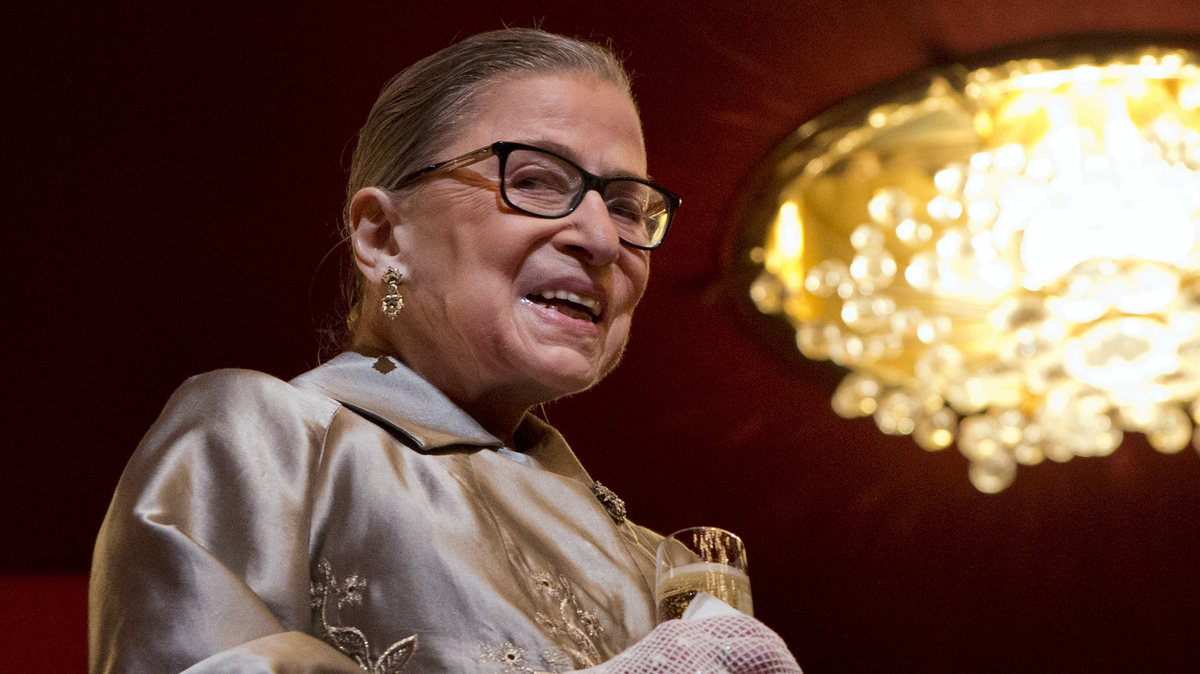 While political Washington is in a tizzy about the election and what it portends for the Supreme Court, Justice Ruth Bader Ginsburg is prepping for her operatic debut in Italian composer Gaetano Donizetti's "The Daughter of the Regiment."

For one night in November, the diminutive legal diva will play the nonsinging role of the Duchess of Krakenthorp, a character akin to the dowagers in Marx Brothers movies.

It's no cameo. According to the Washington National Opera, while this opera is "best known for its vocal acrobatics, the high-comedy antics" of the nonsinging duchess "often steal the show."

Indeed, for Ginsburg's one-night stand, the script has been altered. At one point, for example, after the duchess observes that the best leaders of the House of Krakenthorp have been "persons with open but not empty minds, individuals willing to listen and learn," she looks at the audience meaningfully, and asks, "Is it any wonder that the most valorous members ... have been women?" 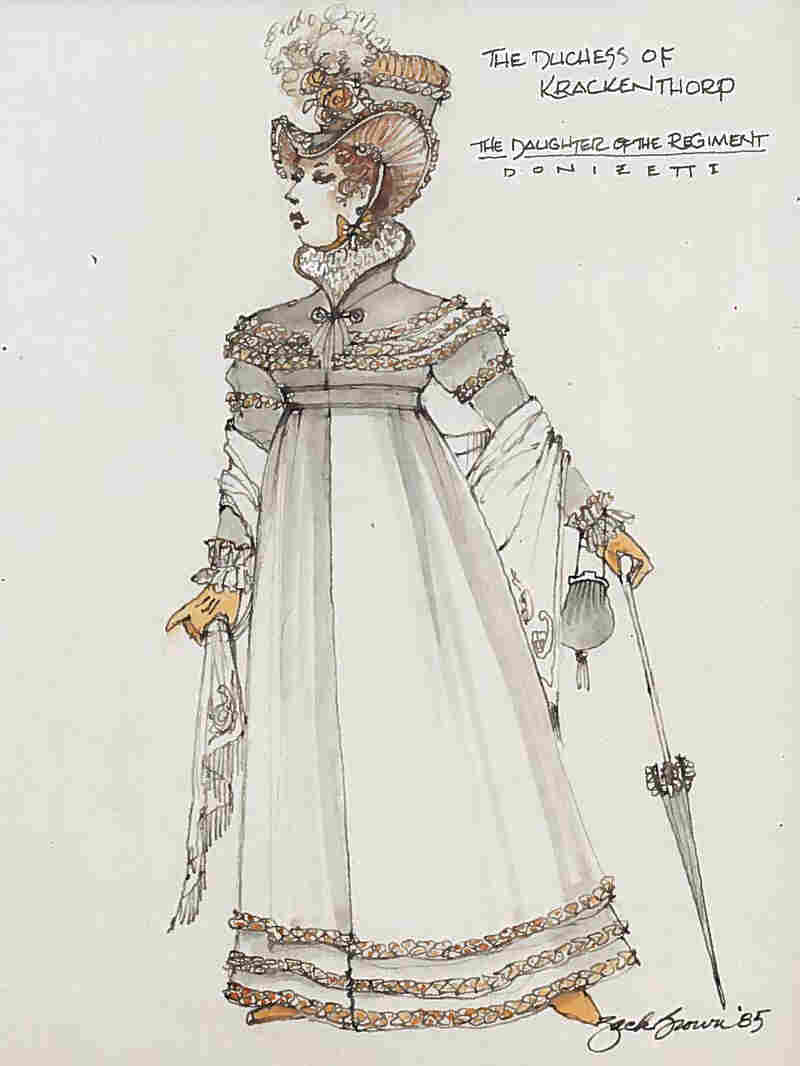 A sketch of the costume Justice Ginsburg will wear. Courtesy of Zack Brown for WNO hide caption 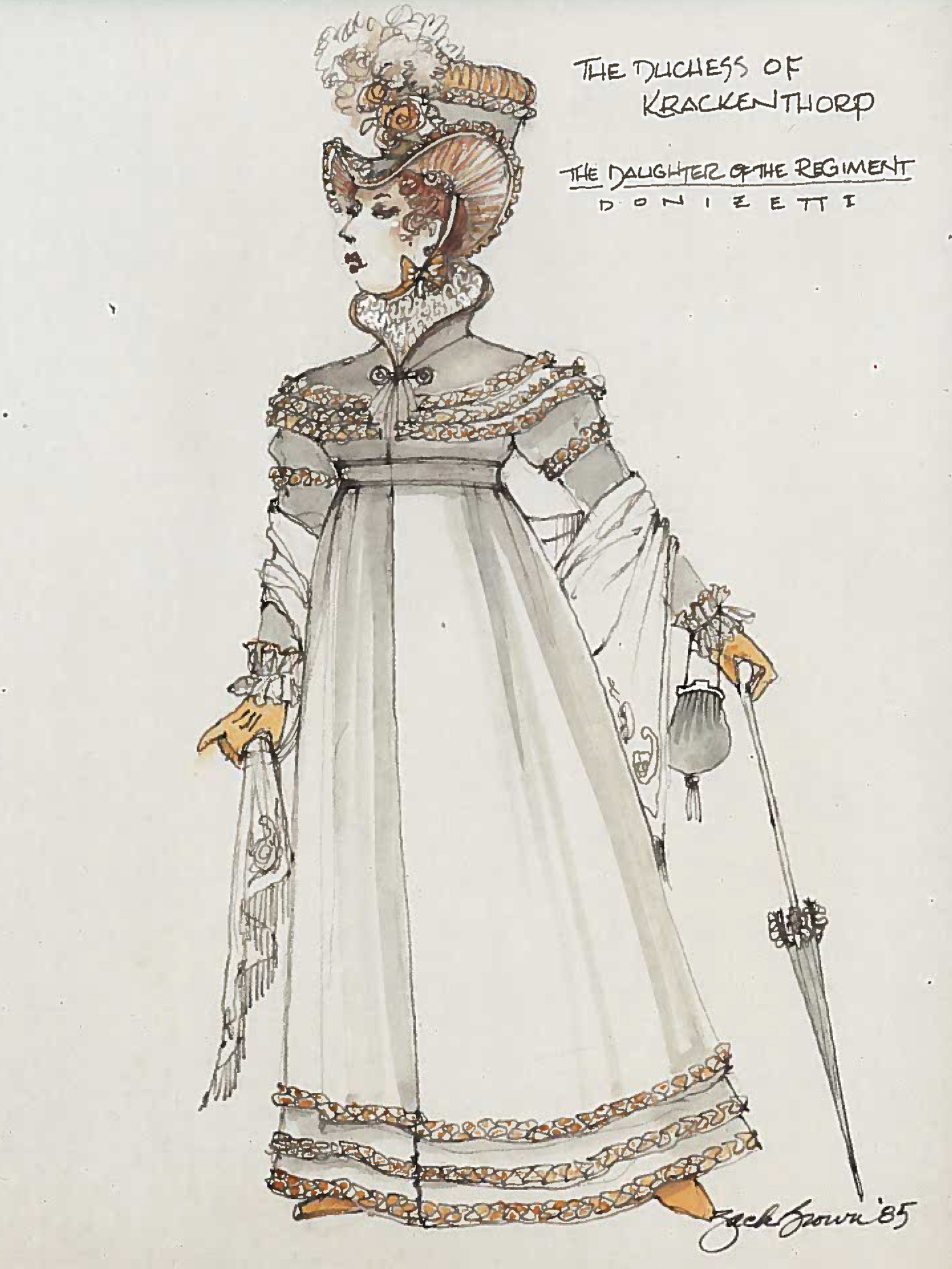 A sketch of the costume Justice Ginsburg will wear.

Courtesy of Zack Brown for WNO

Ginsburg will be wearing a costume created especially for her by the Washington National Opera, including a big, feathery hat suitable for a doyenne or a duchess.

The 83-year-old justice will join a long list of notables who have played the Duchess of Krakenthorp — among them comediennes Bea Arthur and Hermione Gingold and retiring opera stars like Kiri Te Kanawa and Montserrat Caballe.

Ginsburg has had a lifetime love affair with opera. She often lectures about the law in opera and has said that her one regret in life is that she could not be a real operatic diva. She might have tried, she says, but for one thing: She can't sing.

Washington National Opera Artistic Director Francesca Zambello initially asked Ginsburg to play the Duchess of Krakenthorp in all eight performances at the Kennedy Center this fall, but the justice said she really could not have "a day job and a night job." So, she will be keeping her day job, and working the night shift only on opening night, Nov. 12.

"What's to be nervous about?" the justice declares with a giggle.

After all, she doesn't have to sing.