Accessibility links
Battleground State Of Florida Remains A Close Race Because of Demographics Florida is one of the most competitive battlegrounds in the country, in part because of conservative seniors. Many live in Sumter County, which has the oldest median age of any county in the country. 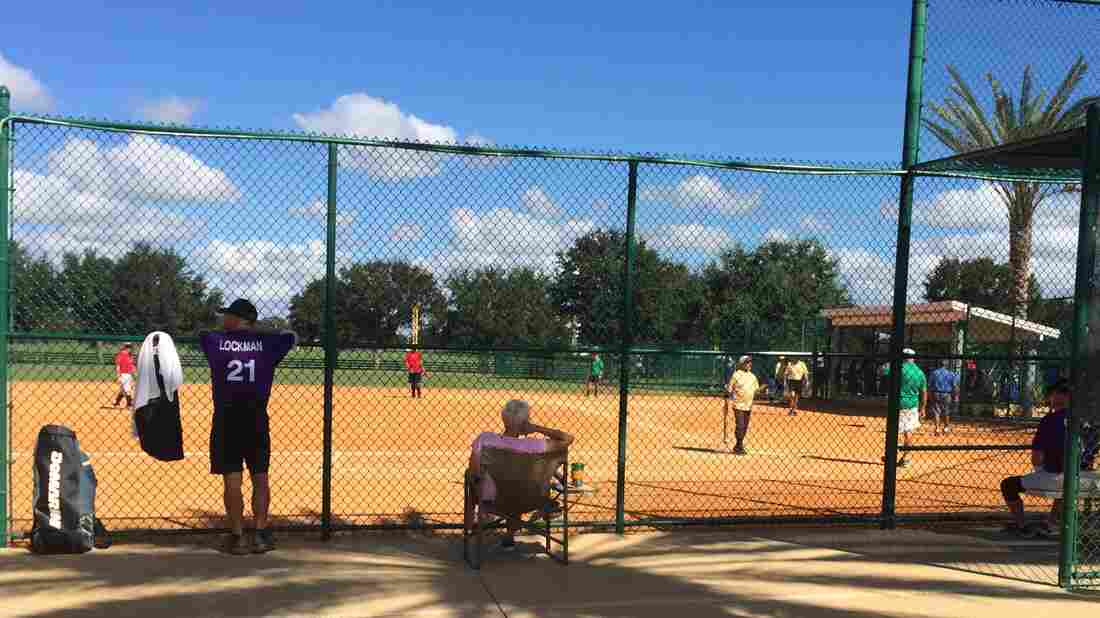 Softball is a popular sport for seniors who live in The Villages - an overwhelmingly white retirement community in central Florida. Asma Khalid/NPR hide caption 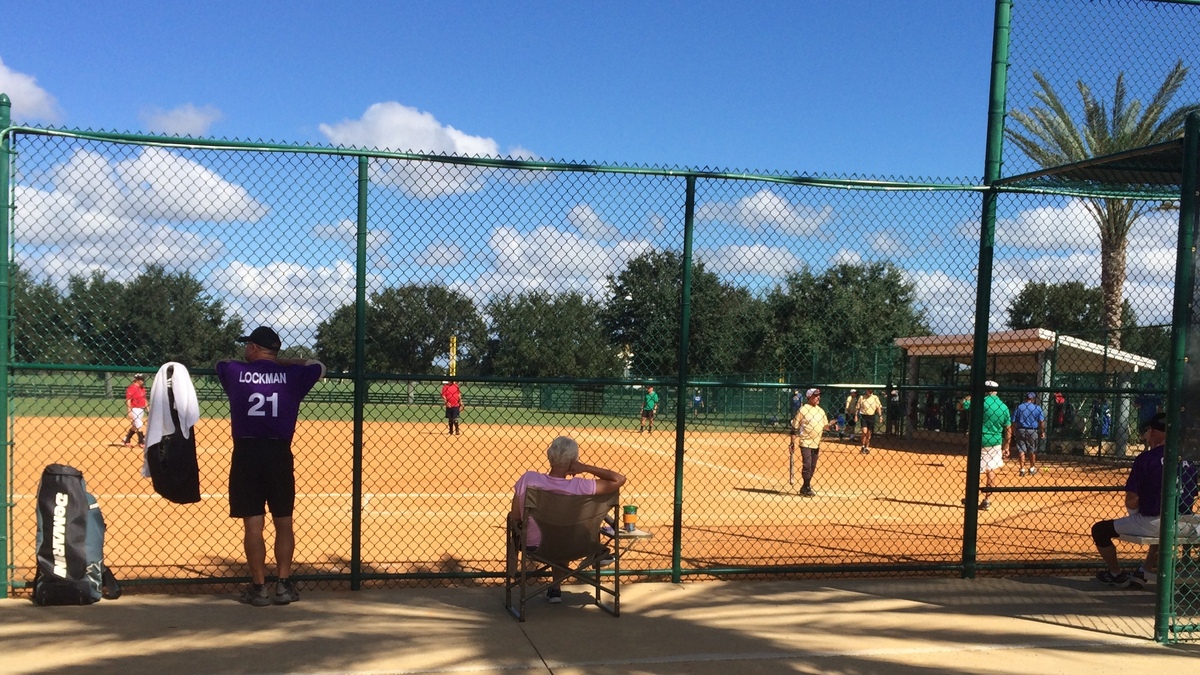 Softball is a popular sport for seniors who live in The Villages - an overwhelmingly white retirement community in central Florida.

In a year in which some traditional battleground states have trended towards the Democrats and don't look as competitive as they typically do, Florida remains stubbornly purple.

And that's partly because there are two simultaneous, counter-acting demographic trends going on — the browning and the graying of the Florida electorate. 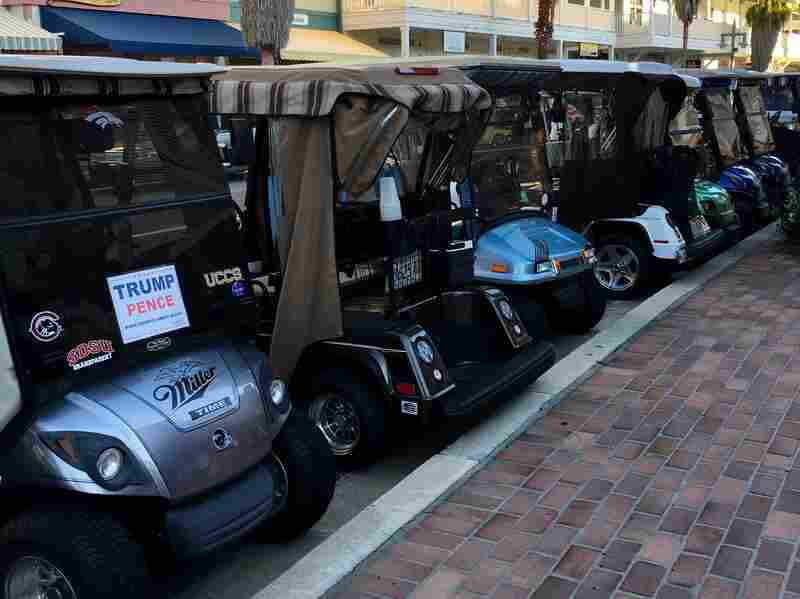 Golf carts line the streets in The Villages. Many seniors use the carts as their primary transportation around the area. Greg Dixon/NPR hide caption 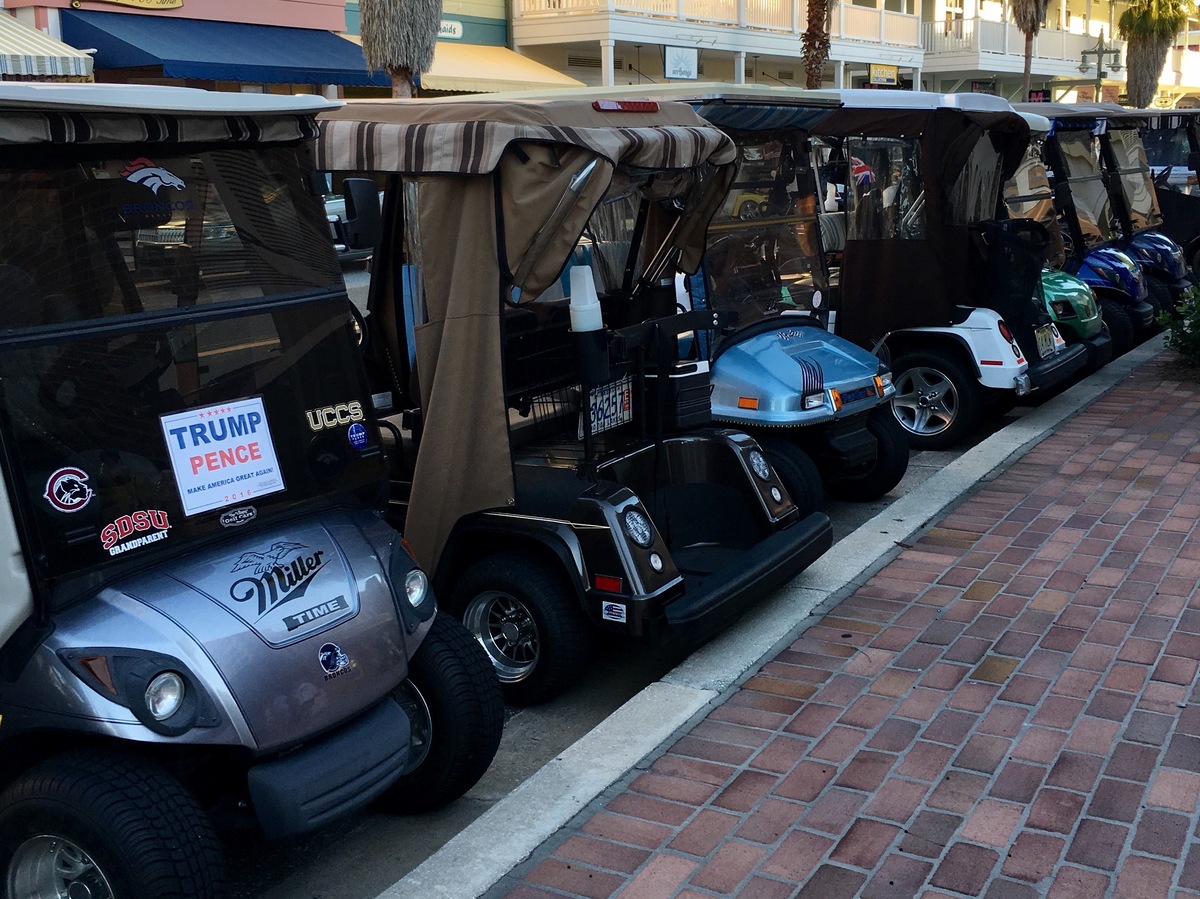 Golf carts line the streets in The Villages. Many seniors use the carts as their primary transportation around the area.

NPR's Don Gonyea has written about the diverse millennials reshaping the state. Those younger Floridians tend to vote more Democratic than the average young voter.

But Florida is also home to a large number of seniors; and in the last election, voters over the age of 65 were more likely than any other age group to vote Republican.

Frey says this national generational divide is even more pronounced in Florida.

And older voters are far more likely to show up on Election Day.

Welcome to The Villages 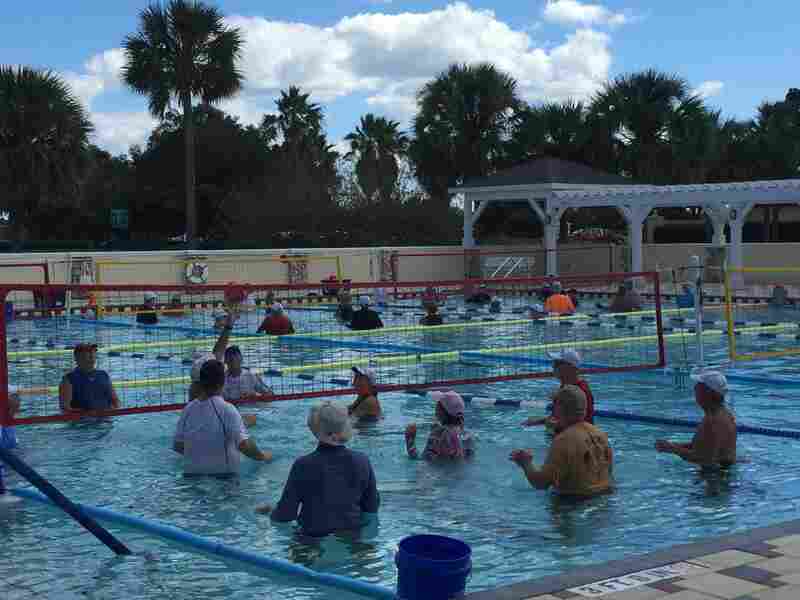 Last year, The Villages, a retirement community in central Florida, was the nation's fastest-growing metro area for the third year in a row. Asma Khalid/NPR hide caption 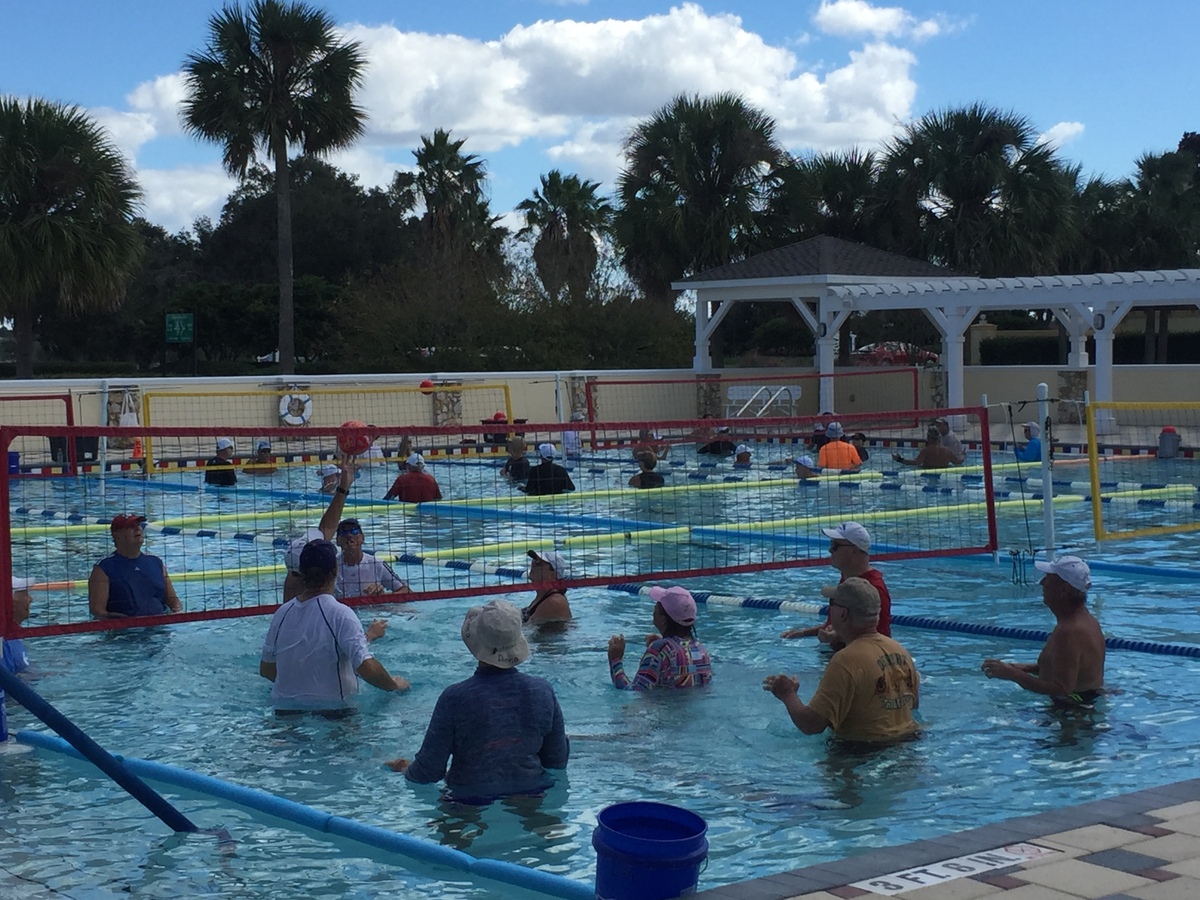 Last year, The Villages, a retirement community in central Florida, was the nation's fastest-growing metro area for the third year in a row.

Sumter County in central Florida has the oldest median age of any county in the country — 66.6 years old.

In part, because it's home to The Villages — a retirement community with manicured lawns, golf courses, Disney-esque themed town squares, and no children. It's overwhelmingly white and overwhelmingly conservative — the type of place where old folks come for a life of leisure, complete with golf, water volleyball and softball.

Rosalyn Lowe, 69, was watching her husband pitch on the softball field as she explained why she's voting for Donald Trump. Like a lot of older conservative voters in Sumter County, she's worried about the country's national security.

"We have to have our military be able to do what needs to be done. Right now their hands are tied behind their backs because of Obama saying 'no don't do this, no don't do that,'" she said.

And for Lowe, security is tied to immigration.

Lowe moved to The Villages from Georgia about a decade ago. And, it's people like her who are reshaping this central Florida county.

Last year, The Villages was the nation's fastest-growing metro area for the third year in a row.

And a lot of these newcomers are Republican, which helps explain why Florida — after all these years of demographic change in favor of younger and more diverse voters — is still purple. 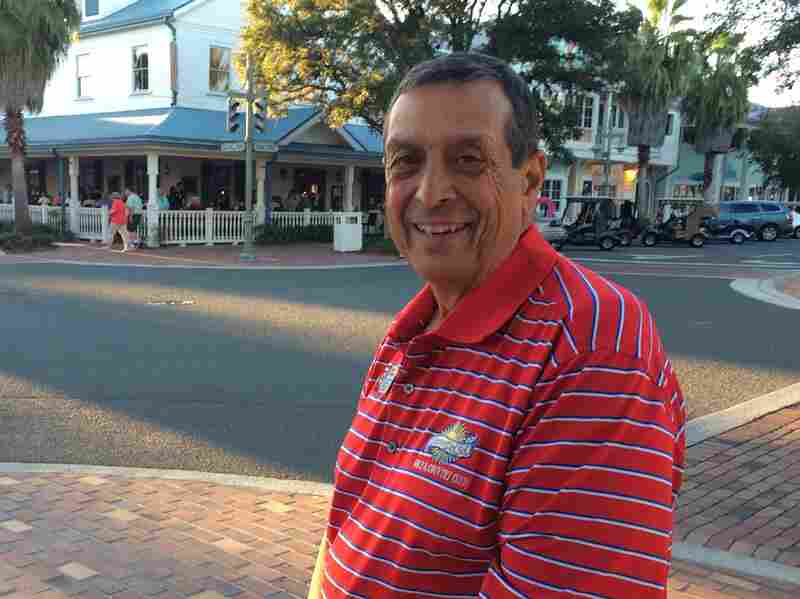 John Calandro, 70, heads the Sumter County Republican Party. He moved to the area in 2008 from Michigan. Asma Khalid/NPR hide caption 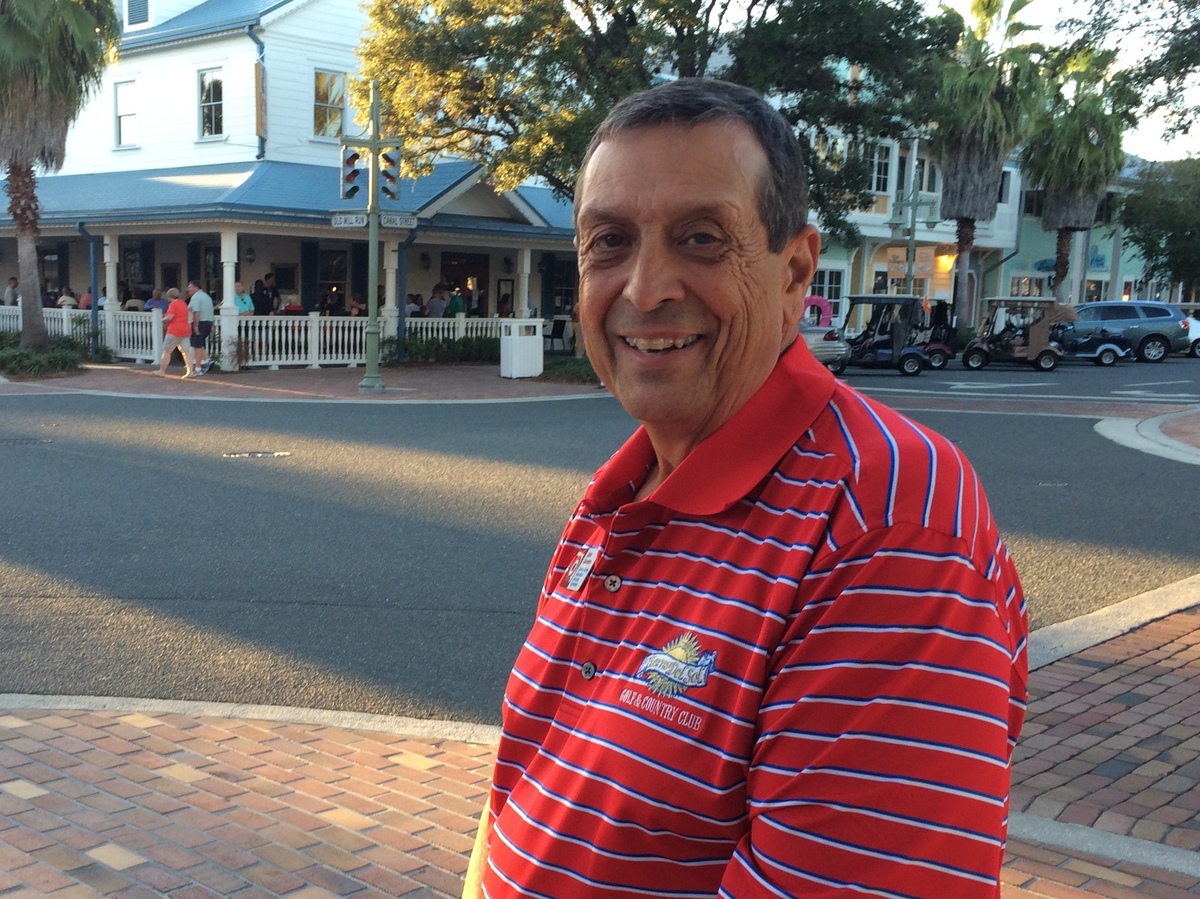 John Calandro, 70, heads the Sumter County Republican Party. He moved to the area in 2008 from Michigan.

Looking out for younger generations

John Calandro, a retired international automobile executive from Michigan, is one of those newly-arrived Republicans. He moved to The Villages in 2008; these days, he's the chairman of the Sumter County Republican Party.

"You're talking to people here who've had some lifetime behind them, and I genuinely believe that this is the most important election of our lifetime, not so much for us, but ... I think about my children and my grandchildren," he said.

Calandro's top priorities this election cycle are the Supreme Court and the ballooning debt.

"We're giving that debt to your generation. You're gonna pay for that because quite frankly we're not gonna live that long. And you can't take enough from us to pay off all the free things that people want," he said.

In 2012, seniors were the age group most likely to vote Republican. And a lot of voters over the age of 65, like Calandro, insist they're voting Republican specifically for the next generation.

Marina Woolcock, 72, also talks about her kids and grandkids when she explains her political choices. Her son serves in the military.

"I believe we have to have a strong defense because we don't know what's coming at us in the future. We've all lived through 9/11. We remember it very well. Many of the younger generations don't recall that awful day. We do," said Woolcock, president of the Republican Federated Women of The Villages.

Sumter County is a place that demographically and aesthetically harkens back to a bygone era. But, perhaps for that reason, it's also a place where Donald Trump's promise to Make America Great Again resonates. National security and immigration are consistently top concerns for these seniors.

"I'm a first-generation American - my mother and father came from Italy in the 1920s and they followed the rules," said Woolcock. "I think following the rules is something that comes with the responsibility of coming to our country and being part of our country."

But, still you'll find the occasional Democrat, like Helen Kennelly, who was walking her dog near the shuffleboard court. The Democrats like Kennelly, are just sometimes quieter.

"In the general population here I try not to discuss politics. I find that some people are just so vehement in their opinions that it's not a pleasant conversation," she said.

But, there is one issue that seems to cut across party lines for many seniors: Social Security.

Kennelly, 68, says she depends on Social Security for about 40 percent of her monthly income.

"It would be very difficult to have the benefits reduced or even disappear because that would affect my ability to maintain the lifestyle that I have," she said.

Kennelly moved to The Villages five years ago. It was booming then, and it's still booming now.