Accessibility links
As Military Moving Costs Rise, It's Difficult For Officials To Keep Track The military spends $4.3 billion a year to move troops from one assignment to another, but the Pentagon doesn't keep very good data on how it spends that money and why. 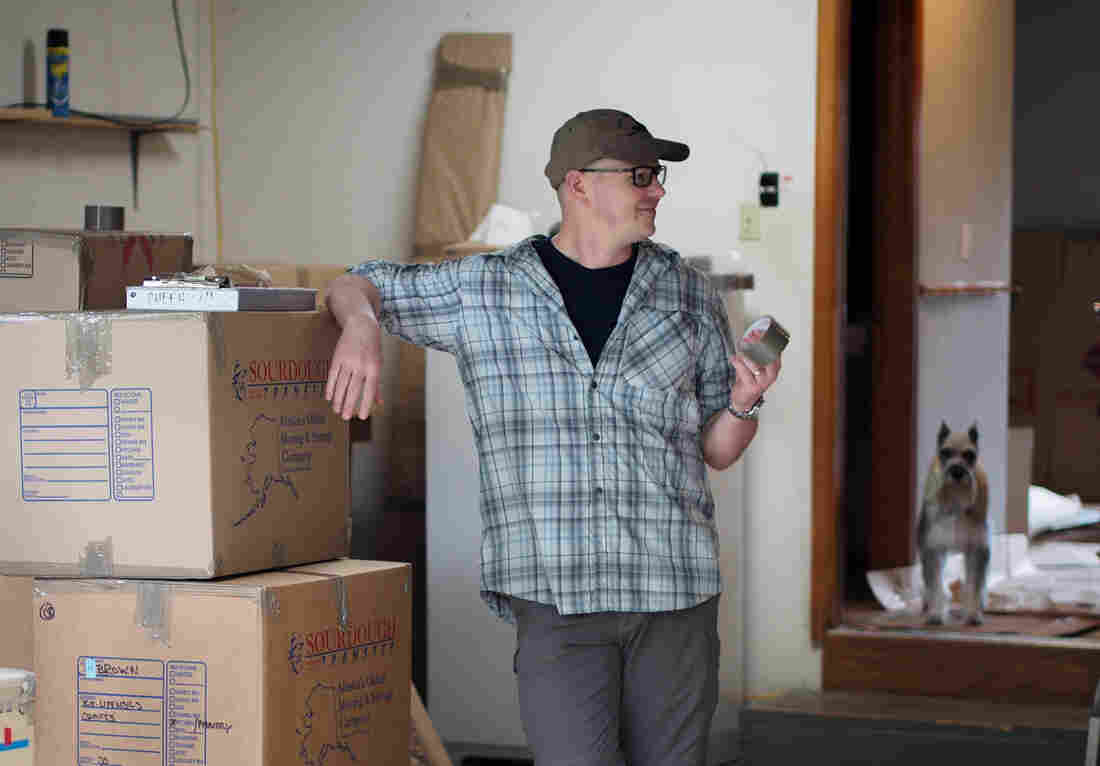 Lt. Col. Alan Brown stands in his garage, filled with boxes that will be sent to the family's new home in New York. In the background is Lucy, the family's Schnauzer. Zachariah Hughes/Alaska Public Media hide caption 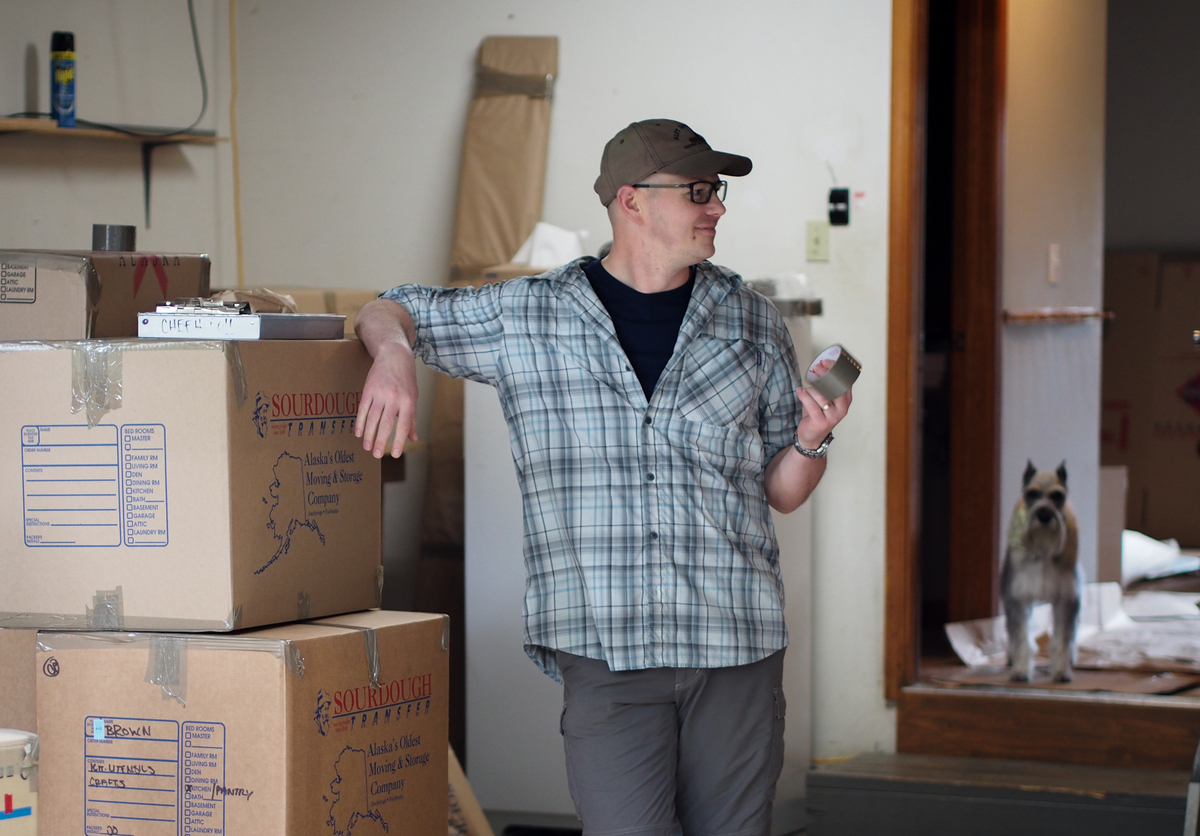 Lt. Col. Alan Brown stands in his garage, filled with boxes that will be sent to the family's new home in New York. In the background is Lucy, the family's Schnauzer.

A version of this story also appeared on Alaska Public Radio.

Every year, the U.S. military moves hundreds of thousands of service members and their families all across the globe. In 2014, the Defense Department spent more than $4.3 billion on moving costs, but officials don't know where all that money is going.

Lt. Col. Alan Brown and his family are among the many that have had to move over and over again for his military career.

Standing on his deck earlier this summer, Brown pointed to the edge of a river winding through a subdivision from his back porch in Anchorage, Alaska.

The deck is a sliver of calm amid the frenzy of packing inside. His family has lived in this house for three years. His wife Kristy says that's a streak of consistency compared to the seven moves they've made with the Army since getting married. In the last few years, they've lived in Texas, Kansas, Colorado and New York.

"We came up here for the stability, because before this we'd moved annually and that got quite challenging," she said.

Postings in Alaska are a year longer than in the lower 48 states because Alaska counts as an overseas rotation — similar to Korea or Germany. But his three-year rotation is up and Brown is set to teach English at West Point in New York.

In military jargon each move — roughly 650,000 of them each year — is called a Permanent Change of Station (PCS). It adds up to fewer than 4 percent of the military's personnel budget. And this is what it looks like: boxes, furniture, piles of stuff, everything from the essentials to random clutter. There is no incentive to shed.

For example, Brown pointed to his scuba-diving equipment.

"I haven't used those in a long time. When was the last time we went scuba diving?" Brown asked his wife.

"On our honeymoon," she replied.

Because the government covers moving costs, there's not really a need to make choices about what stays or goes. And even though the number of moves a year is declining as the military shrinks, the cost of a move is going up.

A move like Brown's — an officer, with a family, in a remote posting — would have cost around $11,000 in 2001 and costs a little less than $16,000 today. That's according to a report last year by the Government Accountability Office. It looked at more than 10 years of data and found that basically the military doesn't keep great records on moving costs.

Farrell said the spotty data keeps Pentagon officials from seeing what factors are driving PCS moving costs. And that's a violation of the Department of Defense's own guidance that it assess how it spends taxpayer dollars.

"When we asked the DOD officials during our review 'When was the last time an evaluation was made of the PCS program,' none of them could recall such an evaluation being done," she said.

Farrell says Defense officials have not acted on many of the policy commendations in the report.

In an email, Maj. Ben Sakrisson, a spokesperson for the Defense Department, wrote that the they're "convening a working group to review and revise, as necessary, the current PCS budgetary reporting requirements."

The Pentagon is also improving its data-reporting on the program. But Sakrisson did not provide a timeline, and GAO's Farrell says it will be more than a year before the working group begins meetings.

Criticism and anecdotes about excesses in the program are common, but there are very legitimate reasons why the military moves people so often.

"The Army could save a bunch of money — if we were all stationed here for four or five years, it would cut down on the rotation," Brown said. "But it doesn't work that way."

He continued: "You get folks that really need to go to a new location to expand their skill set and gain new experiences, so the Army really needs them to move somewhere else and try something new."

The Army hasn't told Brown the full price tag for how much moving his family across the continent costs. But as an officer with three family members, he hits the most expensive categories for pricey moves. And the costs include more than freight. The military doesn't let service members ship certain things, so they reimburse at the other end.

After the move to New York, Brown said everything went smoothly. It took more crates than he'd expected, but they were still under the limit.

"Everything arrived intact," he said.

Well, almost everything. The one thing damaged traveling all the way from Alaska, was his snow blower.