Accessibility links
Single Moms By Choice Don't Need To Do It Alone At 36 and without a partner, Liv Aannestad has chosen to become a mother. Eighteen years ago Pam Rector went through a similar process. Pam tells Liv that being single doesn't mean you're on your own. 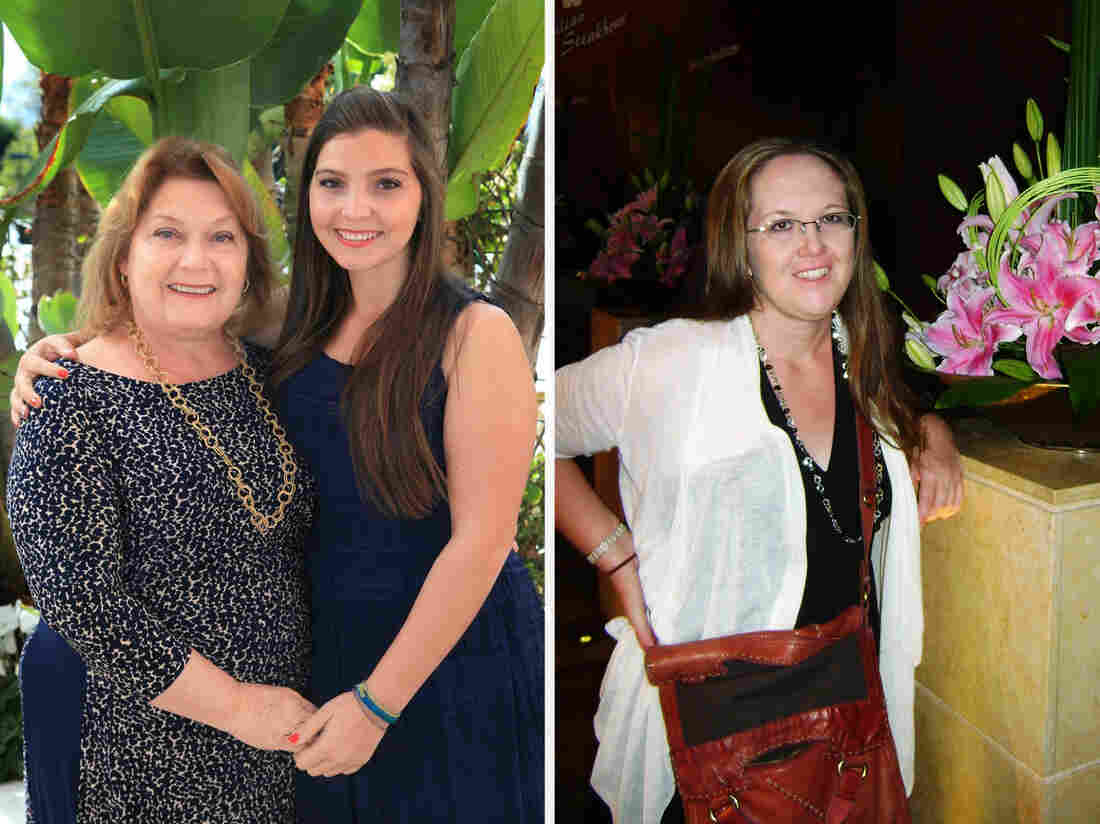 Pam Rector (left) with her daughter Grace became a single mother by choice when she was ready to have a child. Liv Aannestad is expecting her first child in March through the same process, and like all expecting parents she has some questions. Courtesy of Pam Rector/Courtesy of Liv Aannestad hide caption 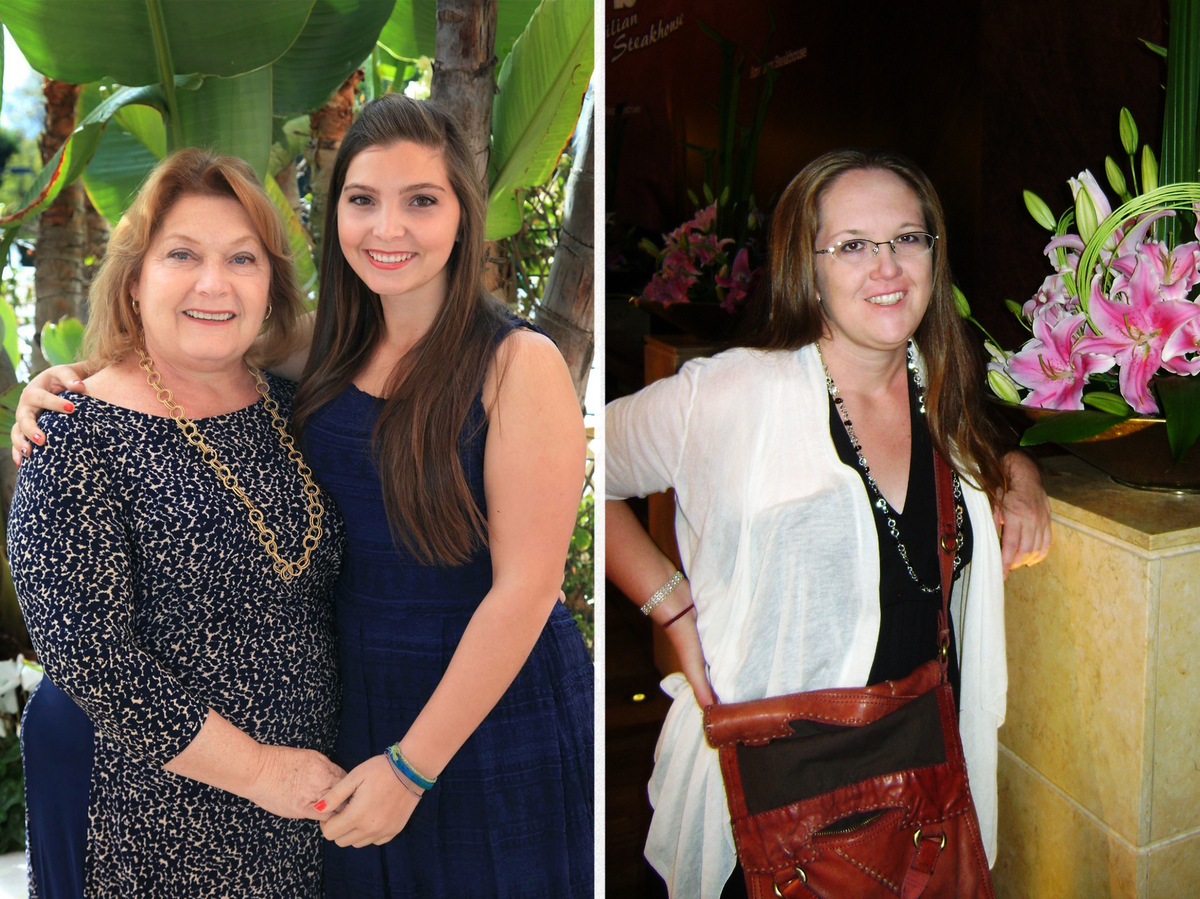 Pam Rector (left) with her daughter Grace became a single mother by choice when she was ready to have a child. Liv Aannestad is expecting her first child in March through the same process, and like all expecting parents she has some questions.

When you're facing a major life change, it helps to talk to someone who's already been through it. All Things Considered is connecting people on either side of a shared experience, and they're letting us eavesdrop on their conversations in our series Been There.

Liv Aannestad has known she wanted kids as long as she can remember.

"I always assumed it would happen the normal, typical way: I'd meet somebody, maybe either in high school or college, and maybe have a few babies," she says.

As years went by, and she still hadn't met the right person, Liv started thinking about doing it on her own — maybe adopting or fostering — but the timing never seemed right.

Now, she thinks it is. Liv, who is 36 and single, recently became pregnant through in vitro fertilization. Like all expecting parents, she has a lot of questions.

Pam Rector went through a similar experience 18 years ago. At 42, she knew she wanted to be a mother, but also that time was running out.

"The biological clock was ticking and I wasn't with somebody. And I thought, if I met someone it would still take a couple years to meet them, date them, marry them, have kids with them," she tells Liv.

Pam's daughter turns 18 next year. Liv is expecting her first child in March.

On dealing with judgment from others

My folks were not so keen on the idea. My mom was a big fan of [talk radio host] Dr. Laura [Schlessinger] at the time. So my mom was saying, "Dr. Laura says that this is very selfish." And my dad said to me "You're just having a midlife crisis, why don't you get a red car or something."

But once I was pregnant, they were like over the moon. All of that fell away. But the judgment thing wasn't a big issue for me. I don't want to say I didn't care, but my desire to be a mom was more important than what people were going to say to me.

On the option for the child to meet the donor

At the time what the donor agreed to is that, when the child is 18, then the child can contact the bank and then the bank will contact him. [My daughter is] interested in meeting him and seeing him.

But she's always known, obviously. You know, when she was little I practiced telling her the story about the nice man with the seeds that the doctor put inside me and that's how you came to be.

On how a one-parent family is different

We've had the conversation about "Do you wish you had a dad?" And she has said sometimes she wished she had a dad because dads are fun and dad's play.

But I think the thing is she also has said to me [if she had a dad] that she and I wouldn't have the same relationship that we do have. She's, you know, half of the family.

On accepting and asking for help

For a lot of single moms, we are independent women and we can handle our own business. But then this little baby comes and sometimes you just can't do it all. So you have to know how to ask for support — or when people offer — to take it.

But no, she was a colicky kid, she cried from 7 to 11 at night. When people said "What can I do?" It's like, "You can come over, bring food and carry her around so I can eat while she's doing the crying thing."