Accessibility links
Fact, Fiction, History And Heart Converge In 'The Terranauts' T.C. Boyle's new novel is ripped from the headlines ... of 1993. It follows the misadventures of a group of scientists conducting experiments in a hermetically sealed, Biosphere 2-like environment.

Fact, Fiction, History And Heart Converge In 'The Terranauts'

Fact, Fiction, History And Heart Converge In 'The Terranauts' 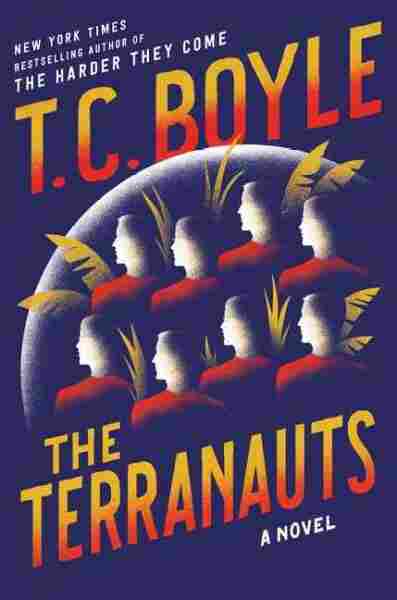 In the early '90s, the highly publicized Biosphere 2 project in Arizona ignited the nation's imagination. Its attempt to create a hermetically sealed environment — something that might be found on another planet, should the human race make it that far — was beset by problems, and after two missions, it was abandoned. Biosphere left the world with some big questions: Was it a noble attempt at adapting Homo sapiens to an uncertain future? Or was it a flawed, hubristic media stunt? Furthermore, is it even possible for a group of humans to lives for years in utter alienation not only from society, but from Planet Earth itself?

Not coincidentally, these are the same questions T.C. Boyle tackles in his latest novel, The Terranauts. It's set in an Arizona-based, Biosphere-like facility called Ecosphere, and the timeframe is the early '90s. Ecosphere's mission: to prepare for the eventual colonization of Mars by gauging humanity's self-sufficiency and tolerance to isolation in a simulated environment. A trio of main characters, who take turns speaking in the first person, drive the narrative: Dawn Chapman, a vain, ambitious ecologist; Ramsay Roothoorp, a promiscuous, socially Darwinian communications officer; and Linda Ryu, Dawn's best friend, who grows resentful after failing to make the cut for the Terranaut team — and who harbors a secret about Dawn's potential unsuitability for the mission.

As they and the other five members of the crew venture deeper into their two-year mission, all the predictable hurdles arise: food and oxygen shortages, internecine alliance and feuds, media scrutiny and skepticism — in other words, many of the same troubles that befell Biosphere. Additionally, Dawn and company are haunted by the disastrous failure of the first Ecosphere mission, the low standard by which they're being measured. Making things even more intriguing is Ecosphere's visionary mastermind, Jeremiah "G.C." Reed. "G.C." stands for "God the Creator" — the Terranauts' sarcastic but not unfounded nickname for their boss — and his manipulative machinations add another dimension of peril and mystery to Boyle's drama-packed plot.

This isn't the first time Boyle has based a book on a real-life community from American history; see also 1993's The Road to Wellville, which takes place in the Michigan sanitarium owned by breakfast-cereal pioneer John Harvey Kellogg. Nor is he a stranger to insular settings in general, from the hippie commune of 2003's Drop City to the titular island of 2012's San Miguel. At this point in his career, Boyle is an old hand at mining the friction and frisson that grows within cloistered groups of human beings.

At this point in his career, Boyle is an old hand at mining the friction and frisson that grows within cloistered groups of human beings ... Ultimately, though, Boyle navigates his well-worn territory with sensitivity and finesse.

In that regard, The Terranauts runs the risk of being formulaic. It also lapses into Boyle's trademark, sometimes maddening style, teeming with tangential inner monologues and hyperaware descriptiveness. They turn the novel's early, exposition-heavy chapters into an uphill climb. "We're a noisy species, a gabbling species. We explain. Endlessly," Ramsay explains, endlessly. It's as if he's excusing — or slyly winking at — Boyle's own long-windedness.

Ultimately, though, Boyle navigates his well-worn territory with sensitivity and finesse. By the middle of the story, the team's web of power plays, personality tics, petty conflicts, grudges, crushes, and buried agendas is drawn taut. Even his excessive attention to detail makes sense; as he unfailingly does when writing historical, fact-based fiction, Boyle recreates the period vividly, right down to subtle Nirvana references and the use of "carbo" instead of today's more common "carb."

"Nothing in, nothing out," becomes the increasingly fraught Ecosphere crew's slogan. Boyle is savvy in how he plays out its multiple implications. Dawn, Ramsay, and Linda chose to enter Ecosphere — hell, they fought, connived, and/or seduced for the honor — but once inside, it's not clear whether they're in a kind of experiment or a kind of zoo. Or a kind of jail. And what good are they to humanity's future of they lose their own humanity in the process? With both Elon Musk and Barack Obama renewing their respective commitments to see humans reach Mars this century, The Terranauts is eerily timely, despite being set over 20 years ago. Even more resonant is Boyle's witty yet poignant exploration of our attachment to the chunk of rock we call home — not to mention the walls we let others build around us, and the walls we build around ourselves.